A maverick individual: 1 of 16

In transforming a single dwelling in a row of heritage terrace houses, Panov Scott Architects has respected the integrity of the collective while creating a maverick individual.

1 of 16 by Panov Scott Architects.

When I met Panov Scott Architects’ founders Anita Panov and Andrew Scott at 1 of 16, our conversation turned to the concept of the individual within the collective. The intact nature of this collective – a row of sixteen Victorian terrace houses in the Sydney suburb of Newtown – is one of the collective’s obvious strengths. But what Anita and Andrew find most interesting here is the role of the maverick individual in the group.

The realm of that individual sits behind the dwelling’s front facade. While the front two rooms of the terrace have been left intact, from there on the architects have developed a refined strategy of experimentation to unlock the maverick character of this particular house. Understanding the building by drawing it at a larger scale helped to establish a program of eight smaller-scale experiments. Like the individual terraces that make up the overall row, each experiment in this project forms an important part of the completed family home.

The first experiment was the garden – establishing connections to nature and the outdoors is crucial on small sites. Designed with landscape architect Kirsty Kendall, the garden and rear yard are set higher than the floor level of the kitchen/dining area, creating the feeling that the ground-floor spaces of the house sit in the garden. The back door doesn’t really have a threshold anymore; instead, it has become a seat. (Dropping the rear floor level is experiment two, while the kitchen/dining configuration, separate from the lounge area, is experiment four.) The garden spaces, combined with a central light well, access to the yard via large counterweight windows (experiment three) and the planted roof of the rear shed, work to enliven the indoor living areas with a loose interplay of light, which will soften as the plants establish themselves.

The kitchen joinery, with its stiletto support corner of metal and plywood, is part bench, part desk, part sideboard (and part of experiment four), acting as a tenon that binds the kitchen galley to the rear living/dining space. This is a restrained celebration of the kitchen as a social space and a symbolic centre of the family home.

Upstairs, a room has been added within the middle bedroom (experiment five). Extending the room into the rear light well area with a new volume, lined with blackbutt ply and fibre cement, provides space for a bed and concealed storage, and allows the majority of the room to remain intact.

Experiment six is the cloud light. Like a bat signal hovering high over the city, it seems to float at the top of the stairs and is the first intervention that you notice when entering the house. Working with the original hallway arch at the bottom of the stairs, it acts as a type of ephemeral demarcation between public and private zones within the home. The cloud light also heralds the bathroom spaces off to the side (experiment seven) – an assembly of separate spaces that also uses the curved geometry in its selection of fixtures and placement of enclosing tiled walls.

Experiment eight is the flourish that resolves the geometry and form of the new rear bedroom. The room, as designed, was ambiguous in program – at various times it was going to be a study, or a guestroom, but in the end it became a kid’s bedroom. The splayed window and skylight in this room evolved through experimentation in drawing. Studies in proportion and line, particularly in elevation, allowed the architects to establish datum lines and angles that respect the Victorian proportions of the windows and doors, adapted to address the need for light and air. They also allow interaction with the surprisingly well-used rear lane, which is more often than not populated by street artists and street art enthusiasts, along with workers from the businesses that back onto the lane. The atypical result is that the corner of the room is simultaneously blown out and contained by the triangular geometries, expanding the interior beyond its limited footprint and allowing not just the room, but also the house as a whole, to connect to its context beyond the rear fence line.

The project’s material selection could also be counted as an experiment; the palette is sophisticated without delving into opulence. Texture, nuanced surfaces and light have been thought about carefully in the selection and placement of materials.

This series of individual experiments has resulted in a cohesive whole. For those who experience them, these elements might open up a whole new way of looking at things or change how they feel about being in a particular space. The long-term benefits of these maverick acts will become evident in time. The reason for conducting the experiments is humble and straightforward: in the architect’s own words, it is to simply “make people happy.”

A maverick individual: 1 of 16 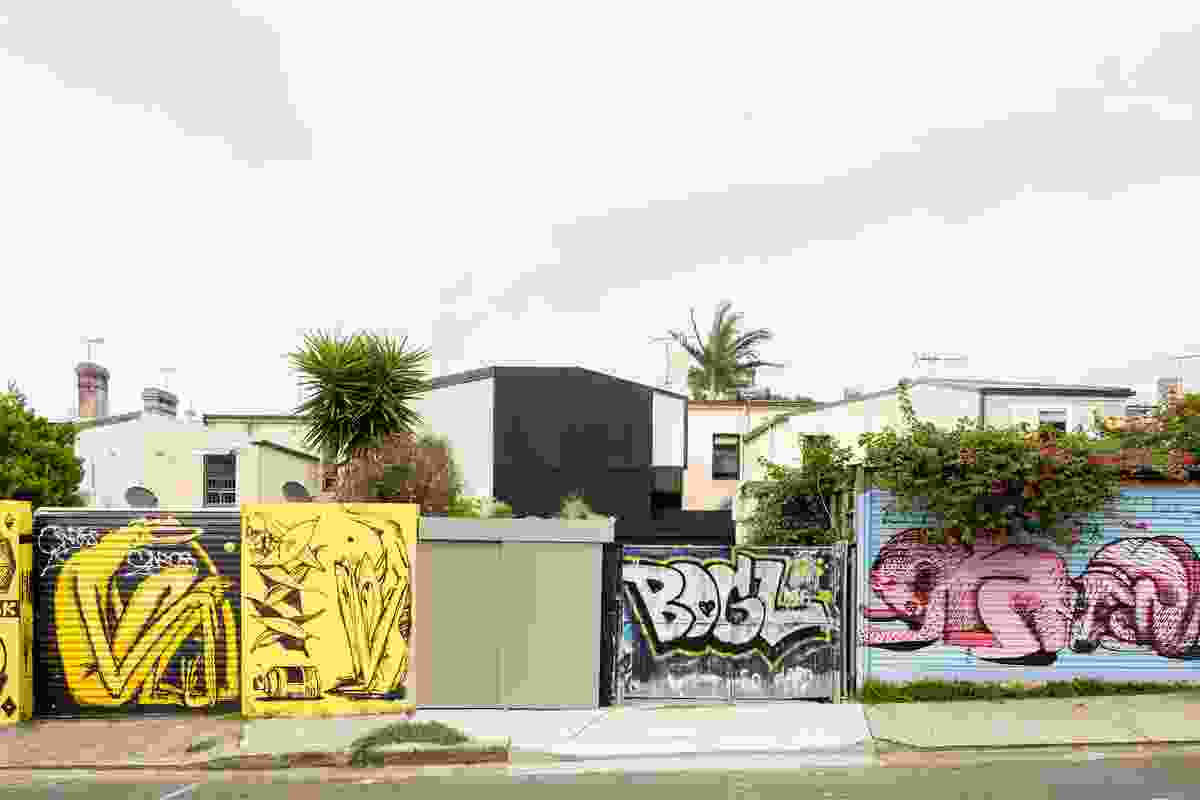 1 of 16 by Panov Scott Architects. 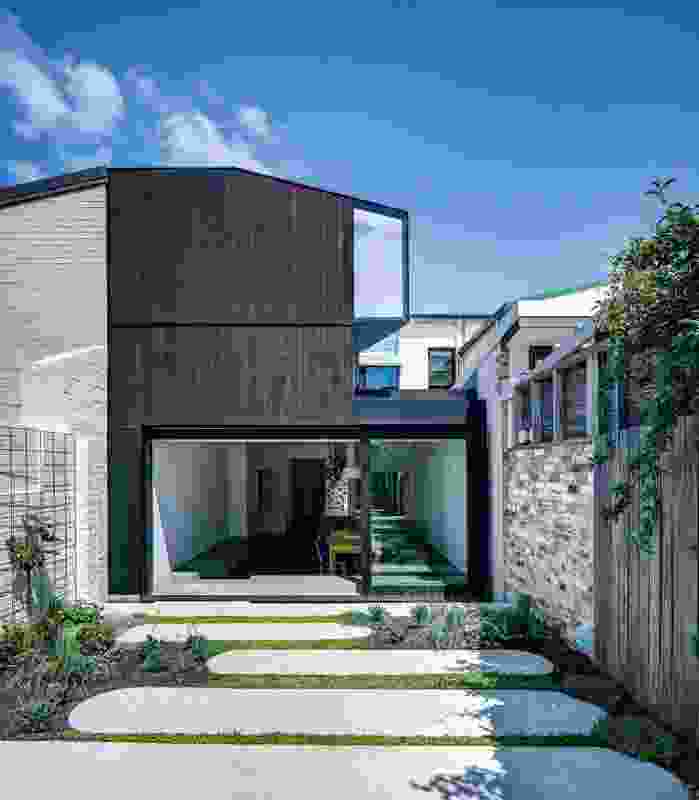 The rear gutter line has been retained to mirror the skillion form of the other fifteen terrace houses in the row. 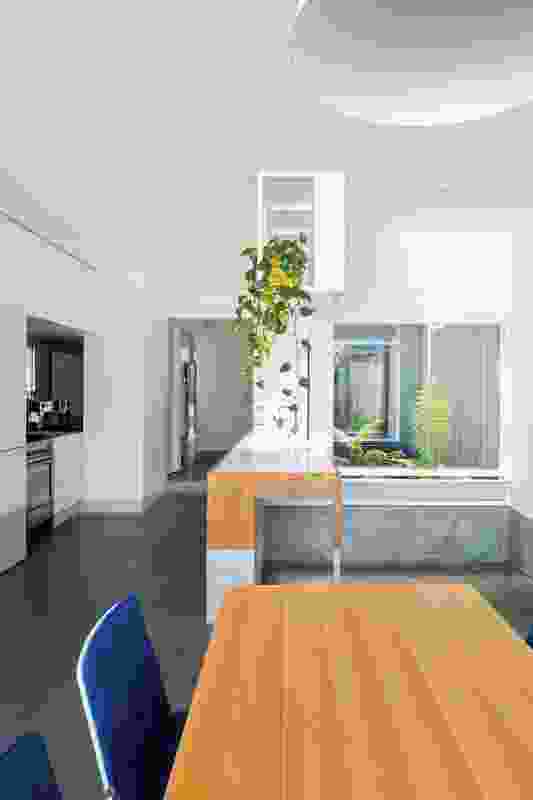 The metal and plywood kitchen joinery acts as a tenon that binds the kitchen galley to the rear living space. 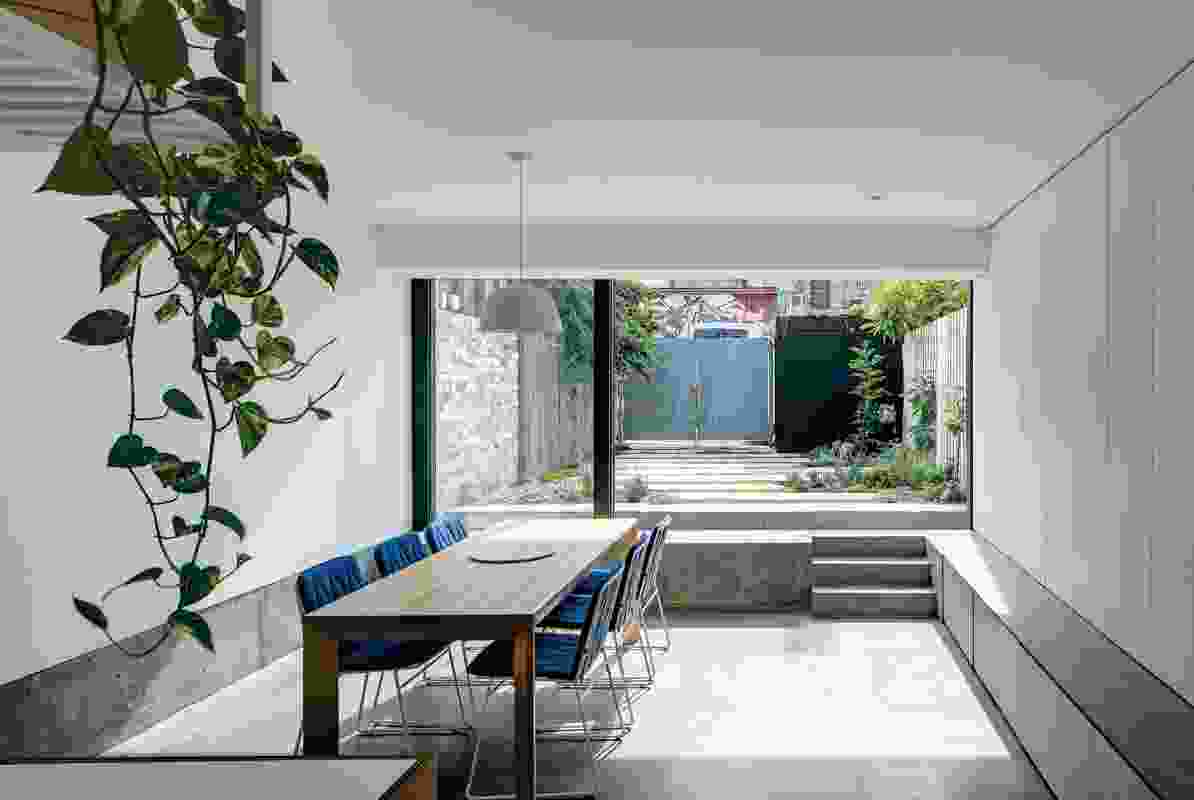 The dining and kitchen/living space feels as if it sits within the raised rear garden, designed with Kirsty Kendall. 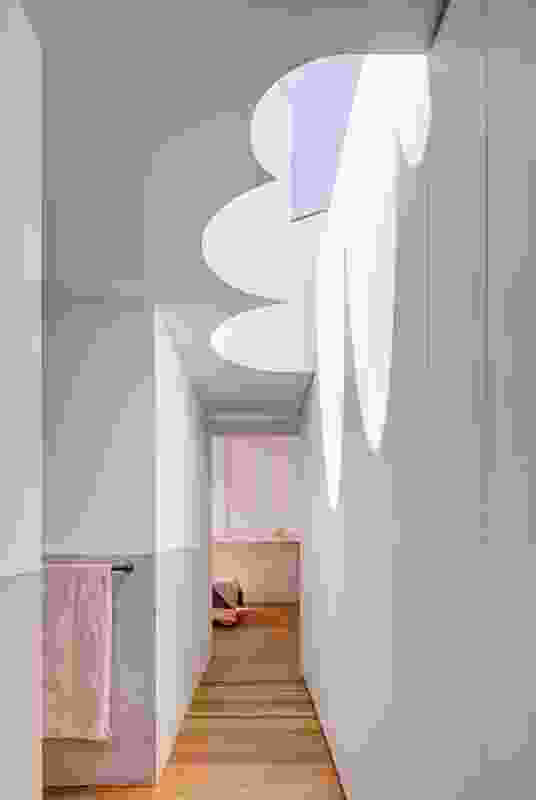 A dramatic “cloud light,” referencing the form of the original hallway arch, appears to float at the top of the stairs. 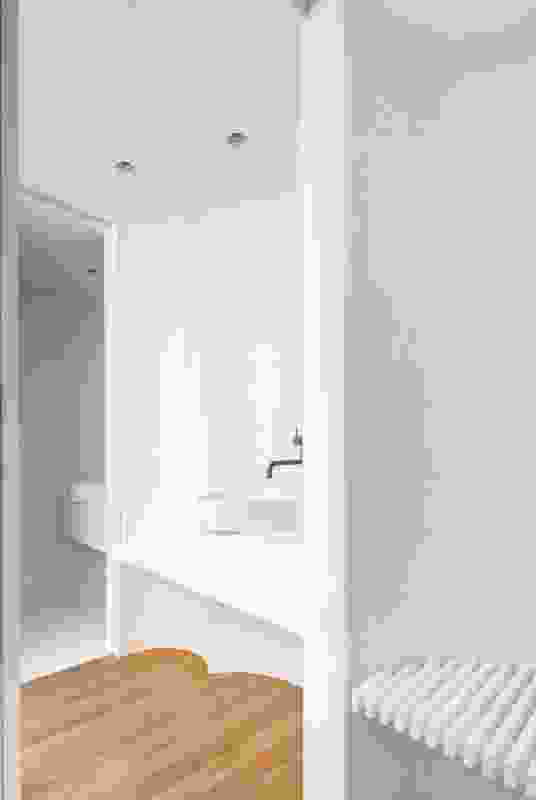 The bathroom comprises an assembly of separate spaces defined by a series of curved walls in white tile. 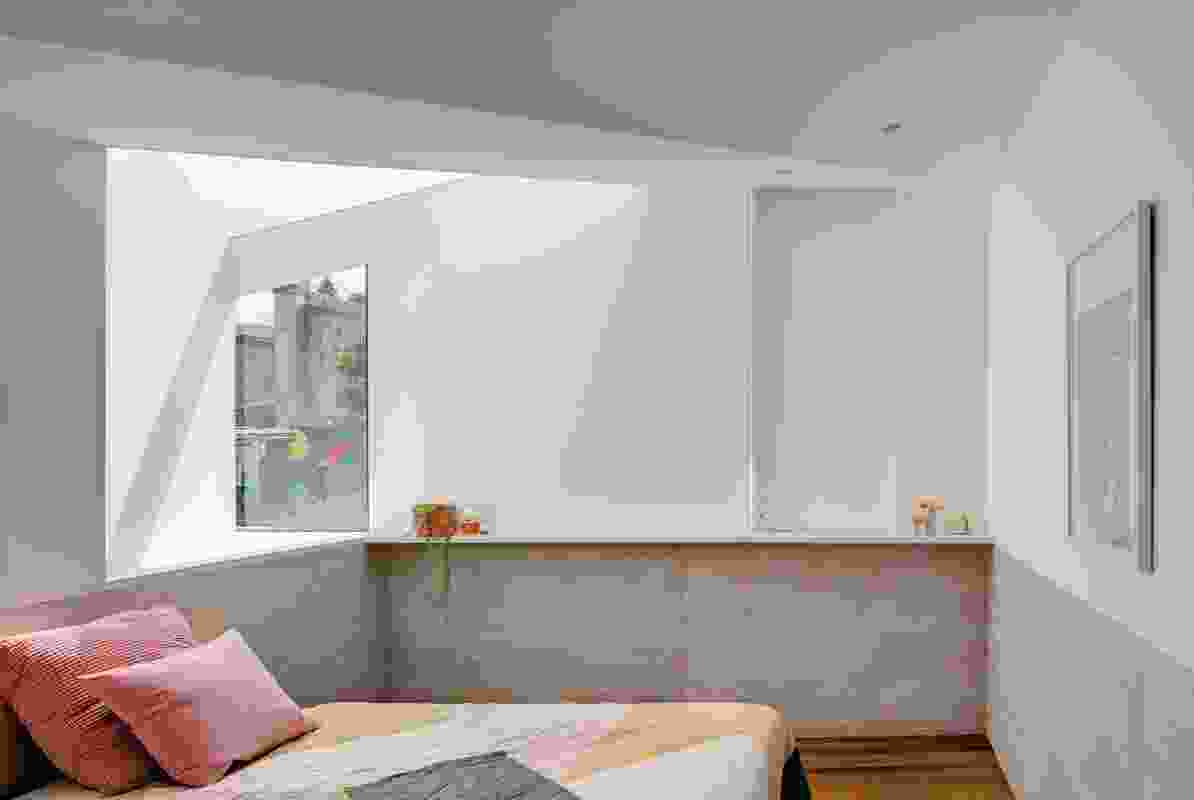 A splayed window and skylight in the corner of the rear bedroom expand the interior beyond its limited footprint. Artwork: Mark Whalen.