To celebrate the tenth anniversary of the Australian Interior Design Awards, we asked Andrew Parr, a former judge of the awards, the interior design director at SJB Interiors, and a DIA Fellow to reflect on the relevance of these awards for the profession. “The Australian Interior Design Awards have evolved into a recognized world class program. The level of design quality that has emerged over the past decade sets Australia as a major design force on the world stage,” says Parr, whose hospitality projects include Sydney’s St Margaret’s, The Establishment and MG Garage, Adina Hotels (throug Europe), Medina Treasury Adelaide and The Royce Hotel (Melbourne), to name a few.

A sophisticated abstraction of the Australian landscape is translated into an interior design narrative, delivering a highly original aesthetic. Vue de Monde is a restaurant that delivers a sense of opulence, along with a strong sense of place.

An outstanding project that succeeds in creating intimate-scale boutique interiors in a large-scale hotel. This has been achieved by the designers through hand-crafted elements, unique detailing and the integration of carefully selected and diverse artworks in the guestrooms and public spaces alike, creating personality and individuality.

Rockpool is a sophisticated project that enhances the qualities of the vast spaces within the existing building. The designers have crafted a sensitive and elegant design that responds with confidence and independence to the Art Deco building, creating a contemporary fine dining space in its own right.

Designed from the inside out, Ivy is a statement with staggering detail and decoration. It represents the ultimate of its type. Hecker Phelan & Guthrie and Woods Bagot have created a lavish
playground, a world within a world of glamour and “Palm Springs” nostalgia.

This interior is the result of a brave and clear concept that communicates a strong story and sense of narrative. The traditional ritual of drinking sake is memorably reflected in the design and a sense of the “Japanese” is clearly evident.

A witty and deliberate methodology has been employed to make clever use of the cast-offs of technology, resulting in a powerful and provocative space. Warmth, humour and scale combine to create an imaginative interior.

The links in the project’s development – starting with handmade prototypes and finishing with the human touch – beautifully completes the process. The result is extraordinary on a number of levels, including budget and ESD properties, and displays a sense of humour and is joyful.

This is a sophisticated and rigorous interior design. The project responds well to a demanding architectural envelope within Federation Square. It demonstrates an unusual and creative composition of diverse materials and is an appropriate solution to the constraints of a complex existing building.

The lobby space is clever, like a theatre proscenium, creating a deft transition into te main ballroom. The ballroom space is evocative of a shimmering curtain sculpture, with the draped ceiling cleverly lit to provide a lustrous atmosphere where the designers have extracted maximum impact from a minimal number of bravely selected materials. 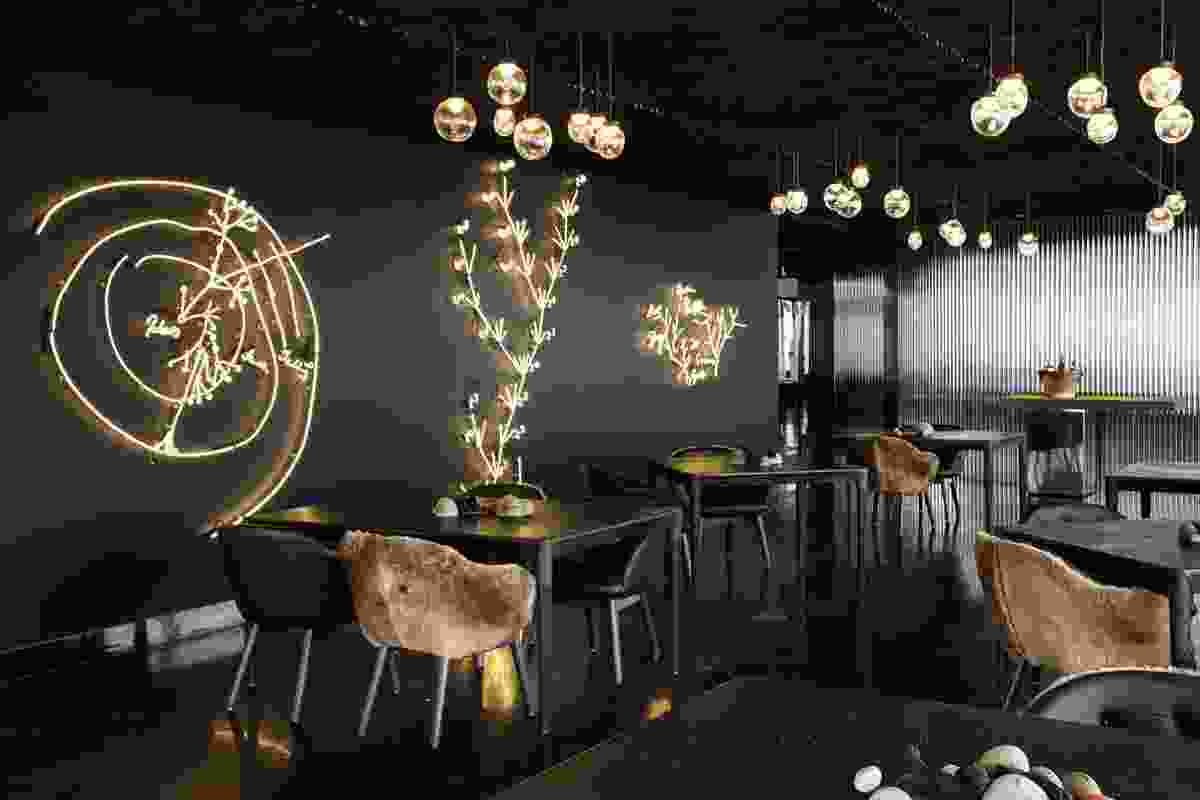 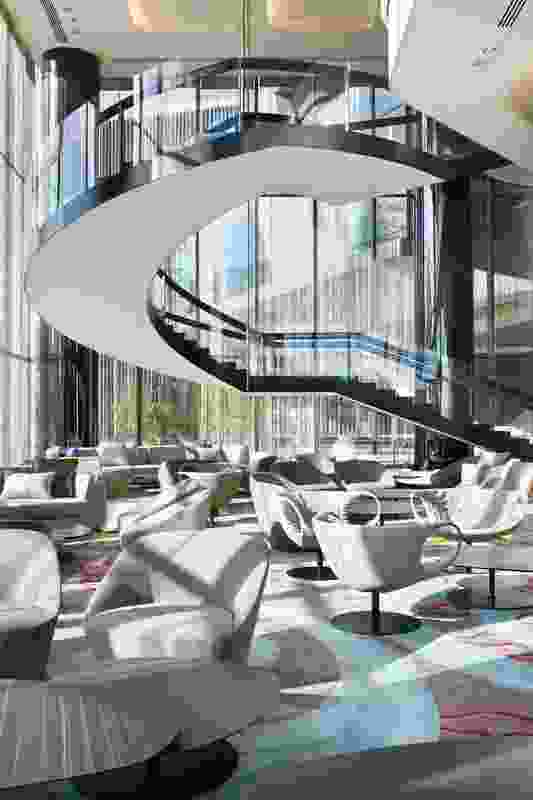 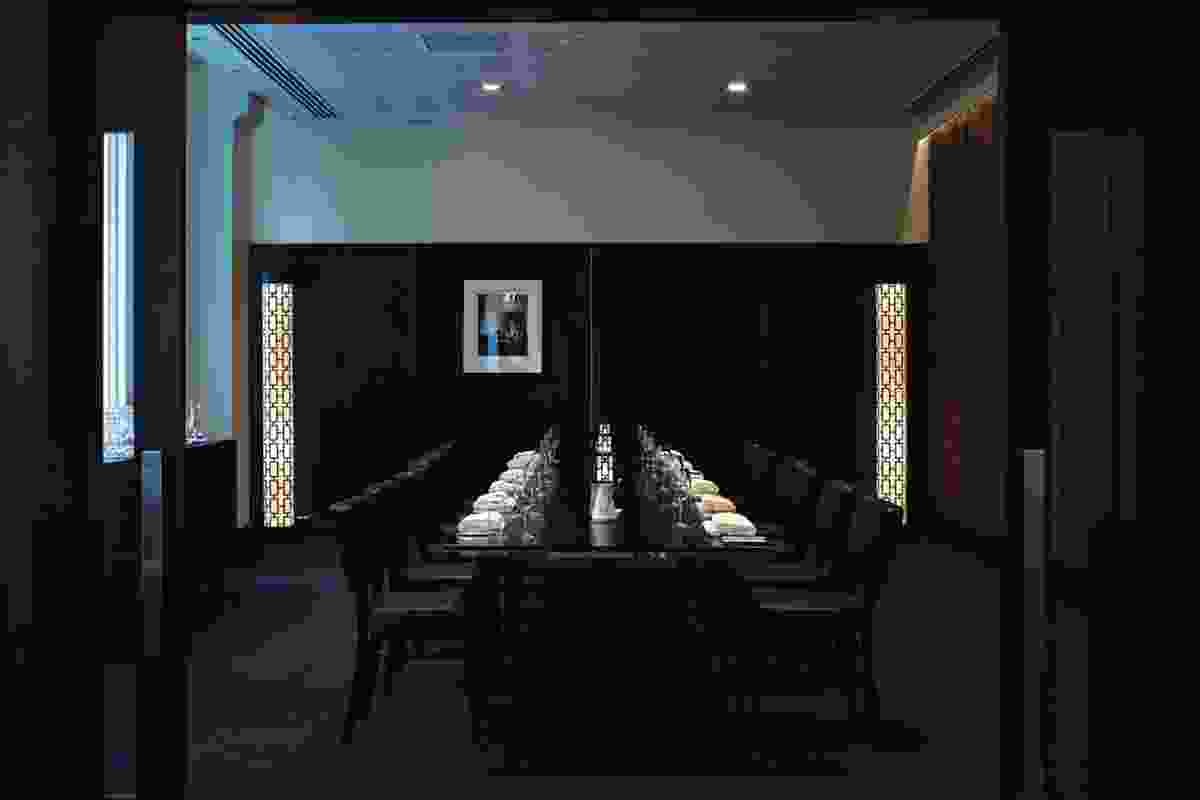 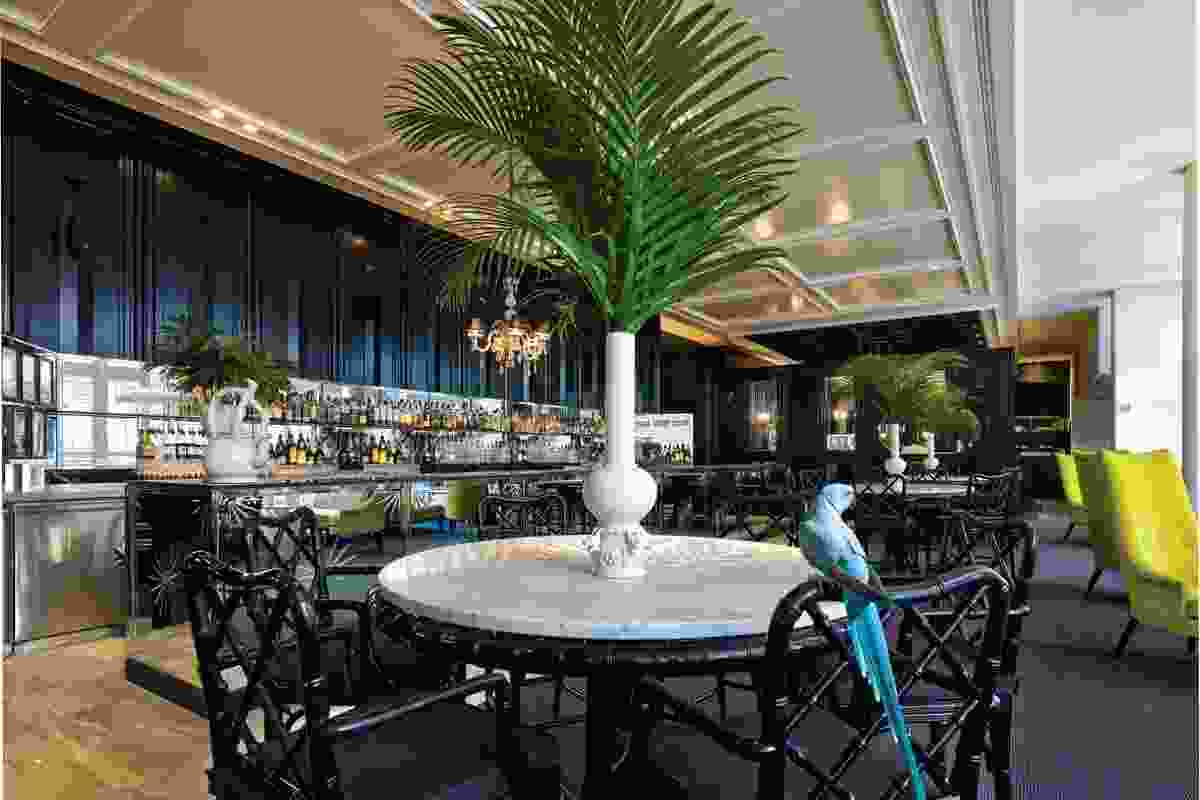 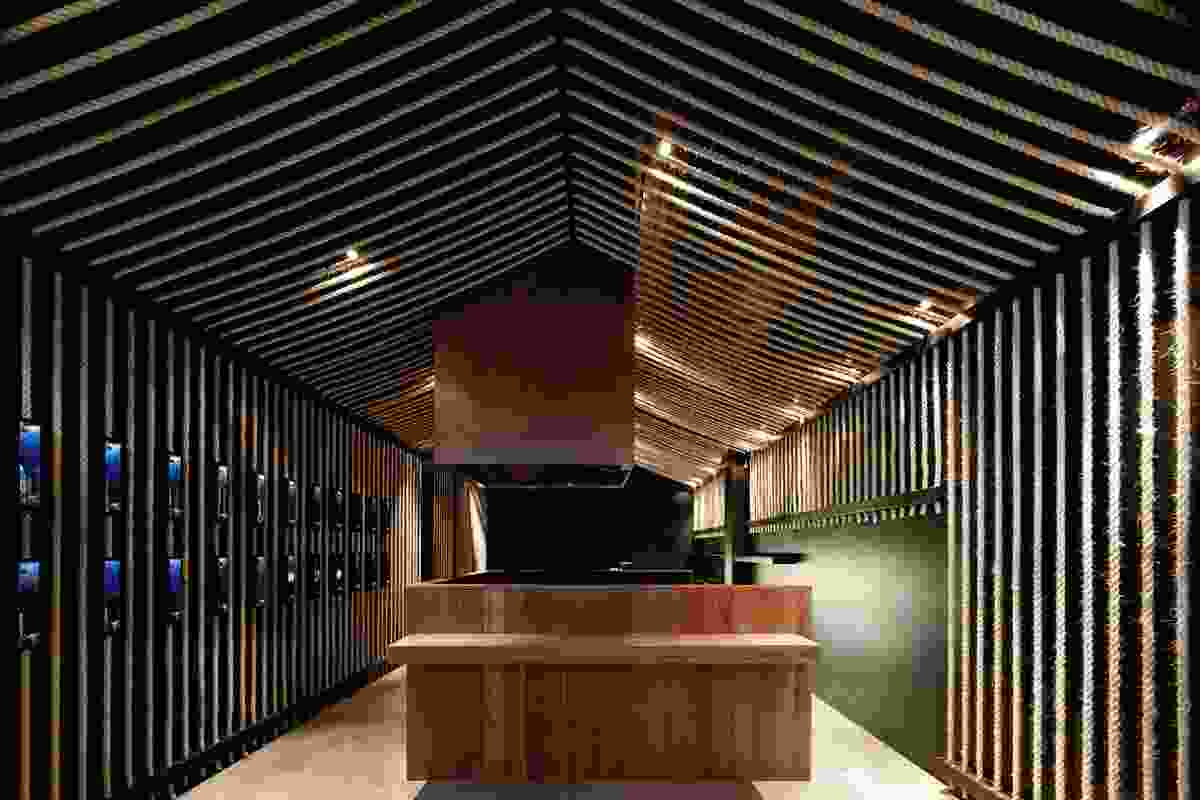 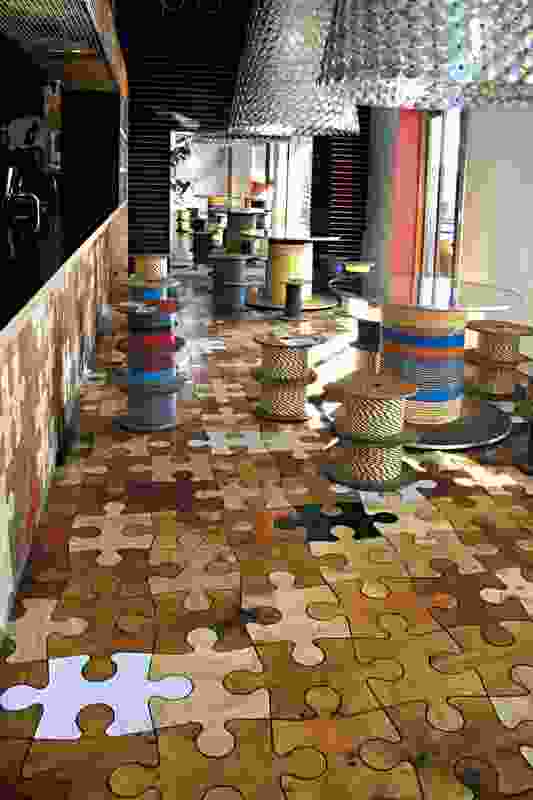 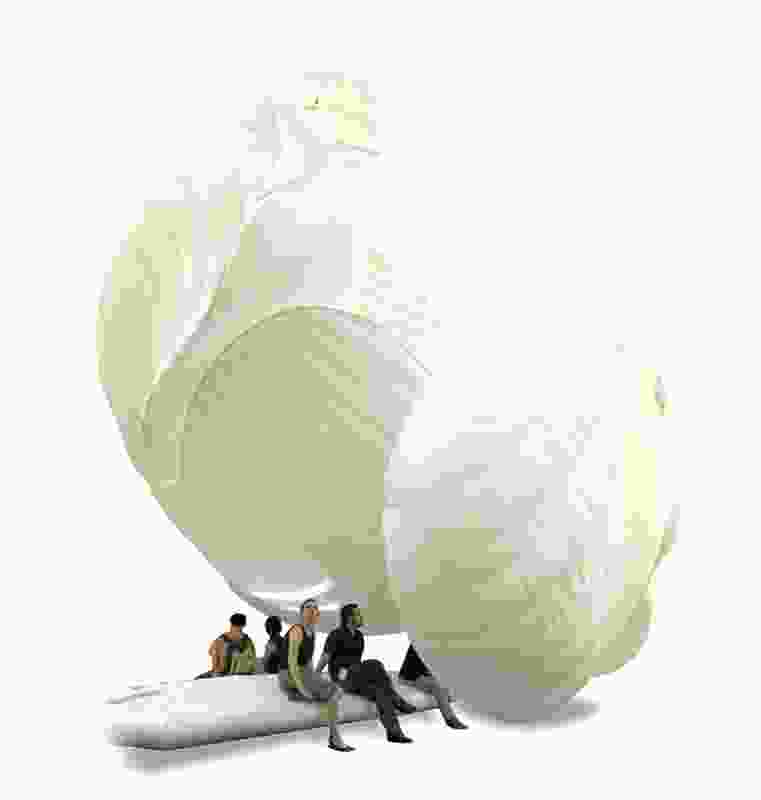 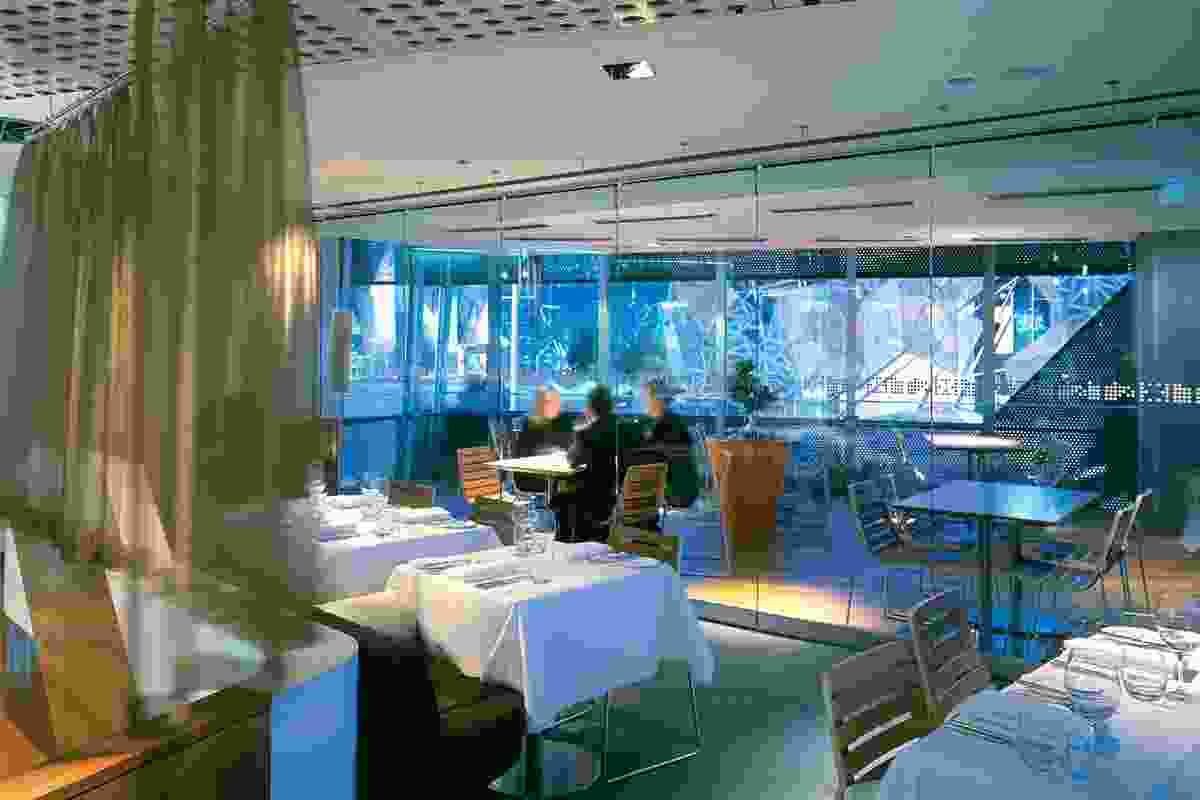 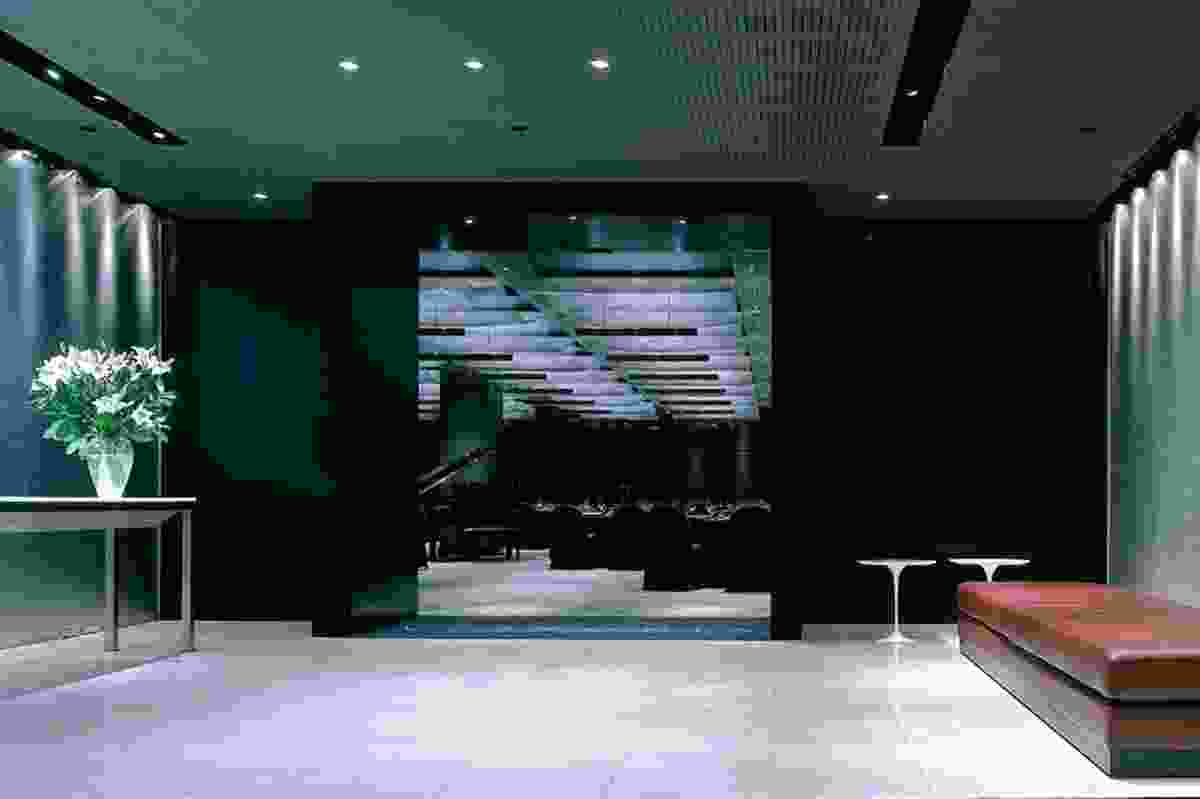