Sydney’s newest boutique hotel, 1888 by Shed Architects and Space Control Design, pays respect to the original woolshed it occupies without falling into an old-fashioned formula.

The newest member of the boutique 8Hotels Collection, 1888 opened in July 2013 in Pyrmont after a $30 million redevelopment of the site. The two-year project has delivered a five-storey, ninety-room boutique hotel that embraces the heritage of the site while injecting some designer cred into the Sydney hotel game – a game that has seen such players as Star City Casino’s Darling Hotel, and QT Sydney in the historic Gowings Building join in recent years.

To understand the building, the designers had to look at its history – beginning as a wool factory in 1888, and transforming in later years into commercial offices and a car park. “We gave the designer and architect freedom to play around, but we wanted whatever they did to be aligned with the original structure of the building,” says Russo. Exposed brick, concrete, ironbark beams, pillars and even the period windows have been kept to celebrate the building’s biography.

The hotel is built around a seven-metre-high internal atrium, which features two custom-made glass elevators and a living tree that Russo says “symbolizes the life of the building.” Here, also, is the brass-lined reception desk, designed and made by Kennedy and industrial designer Simon Bethune, and the hotel’s bar and eatery, a forty-seat open-plan space punctuated with Tom Dixon chairs, restored vintage sofas and stacks of architecture and design magazines.

Its ninety rooms are rolled out in eight different sizes – from the fifteen-square-metre “Shoebox” to the thirty-six-square-metre party palace “The Williamson,” complete with its own private entry and cocktail bar. Each room’s heritage foundation has been carefully layered with modern design elements: custom-made lamps, desks and stools by Bethune; and tableware and neon street artwork by Melbourne artist Piers Greville. When paired with other fine details such as the locally sourced and organic mini-bar selection, these touches help to create a distinctly Australian artisan experience – one that might fill local guests with a sense of homegrown pride, and hopefully give international guests an inkling of what else Sydney has to offer besides a big bridge. 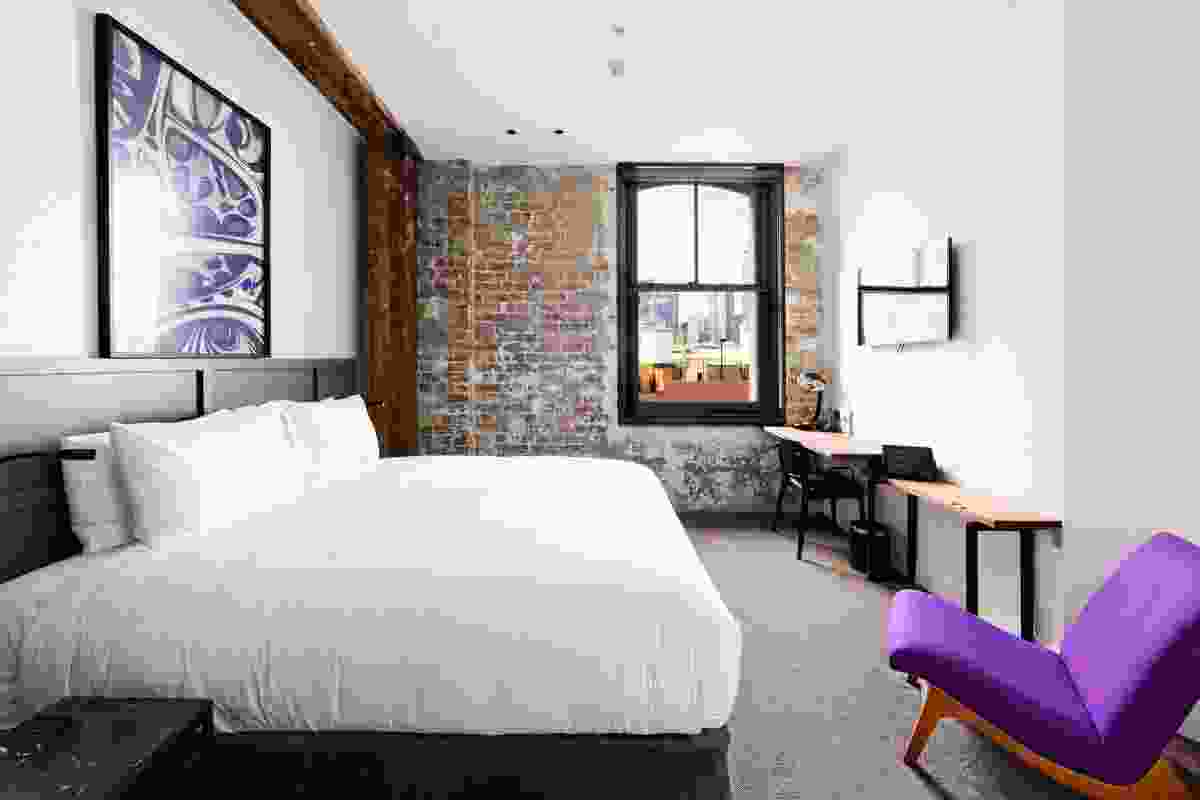 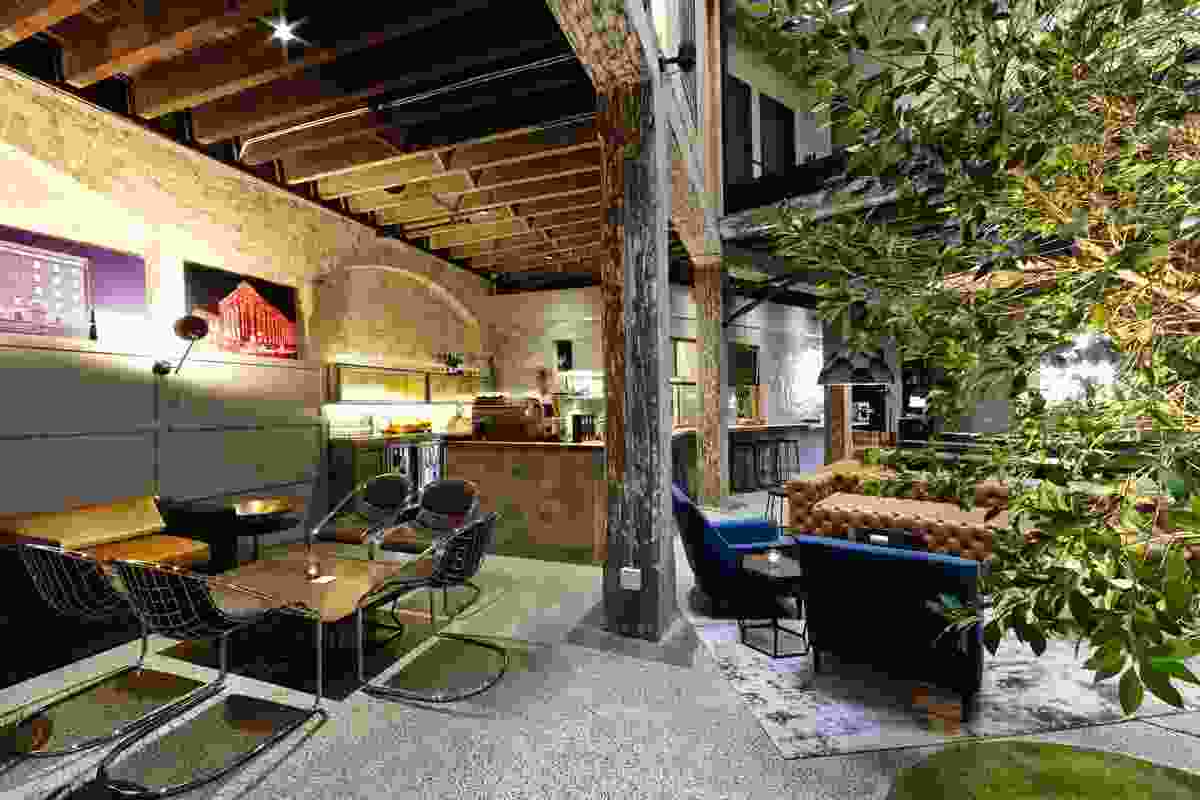 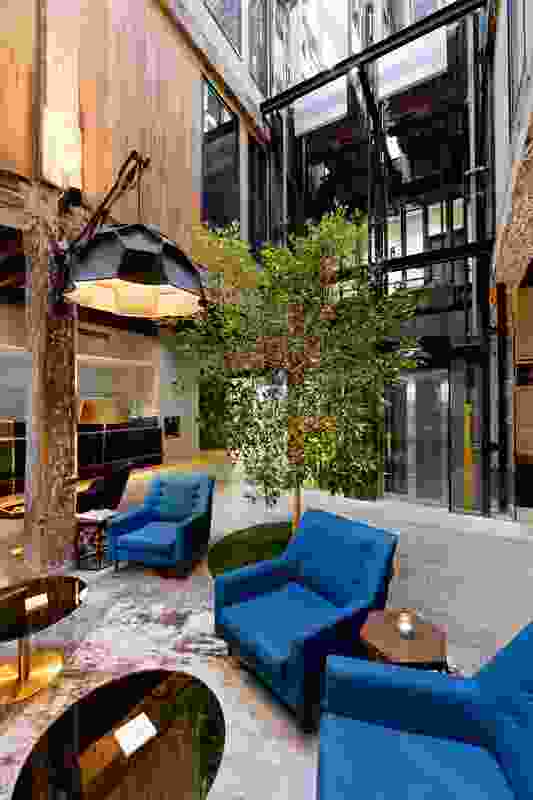 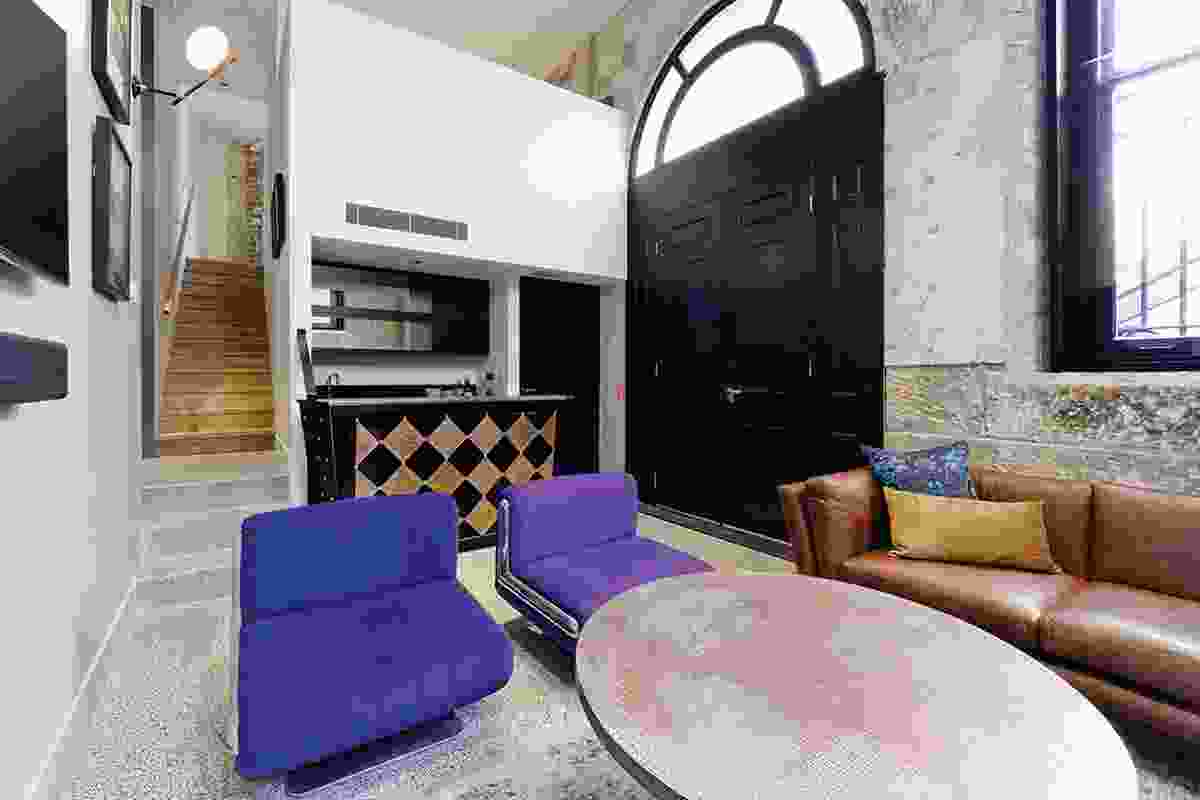 Designed for private parties, The Williamson room has its own entrance. 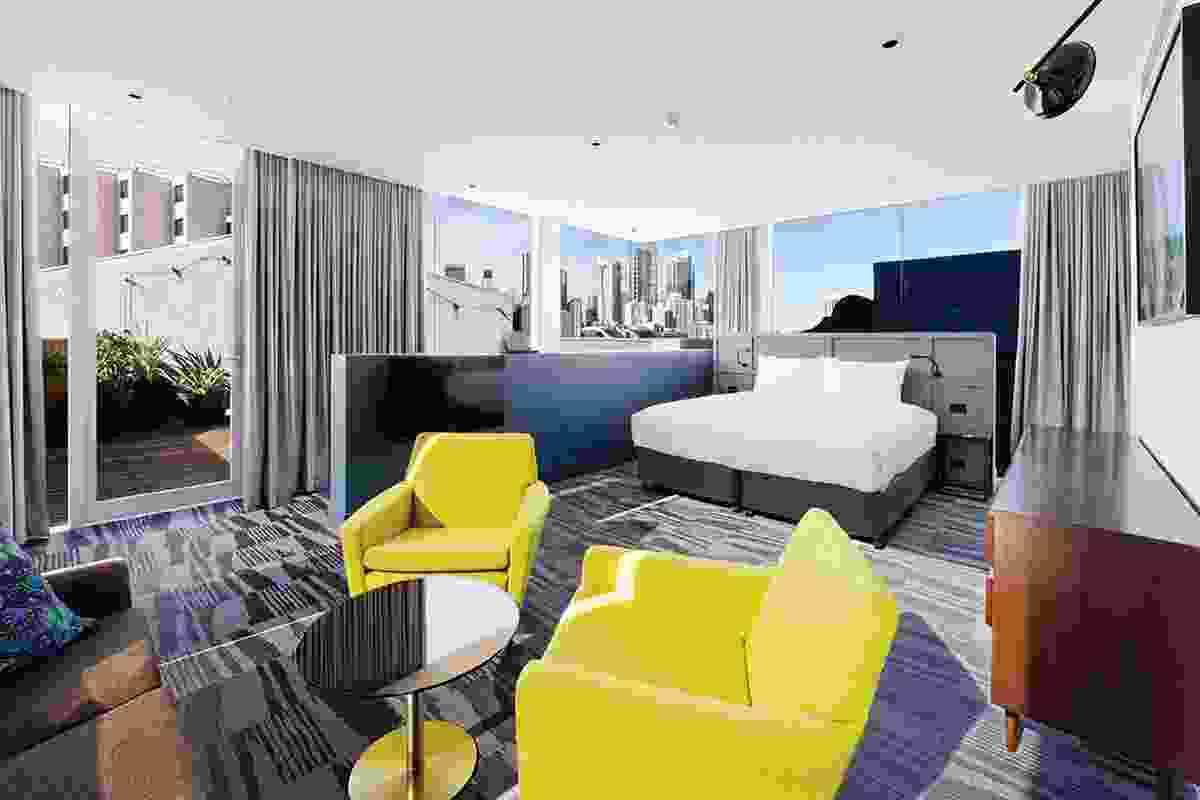 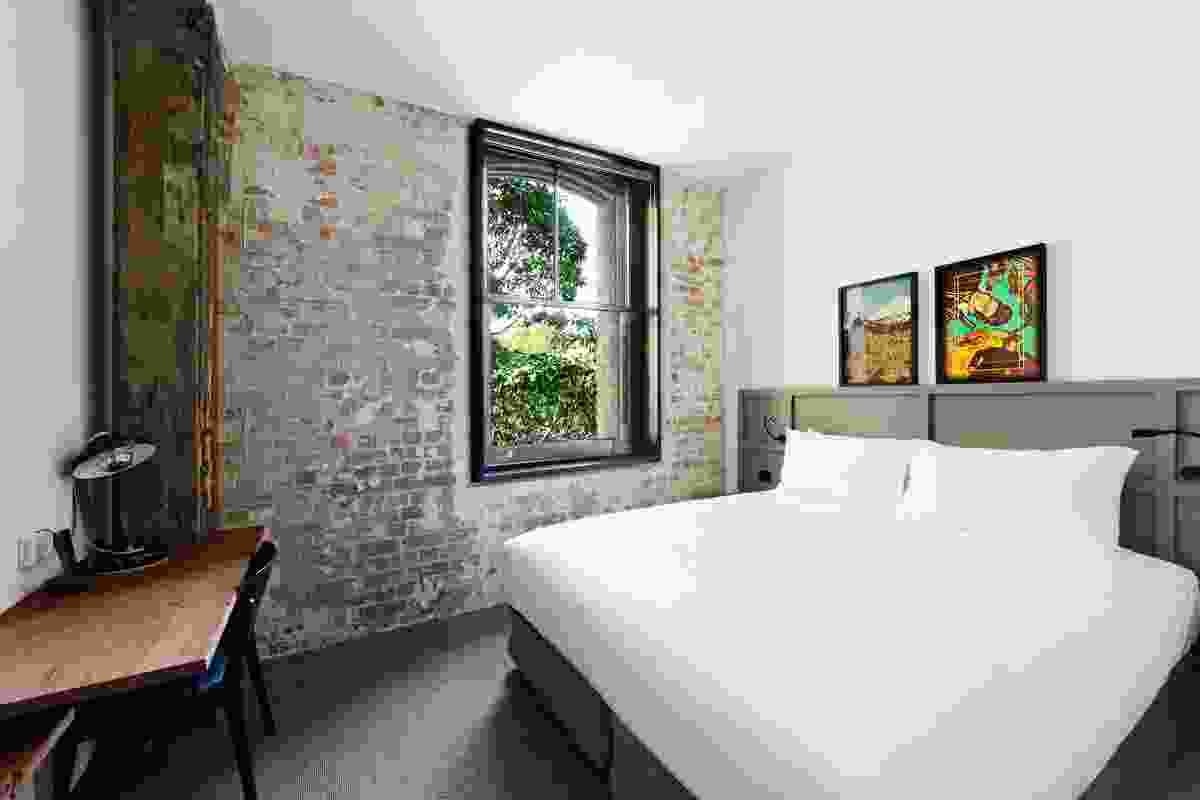 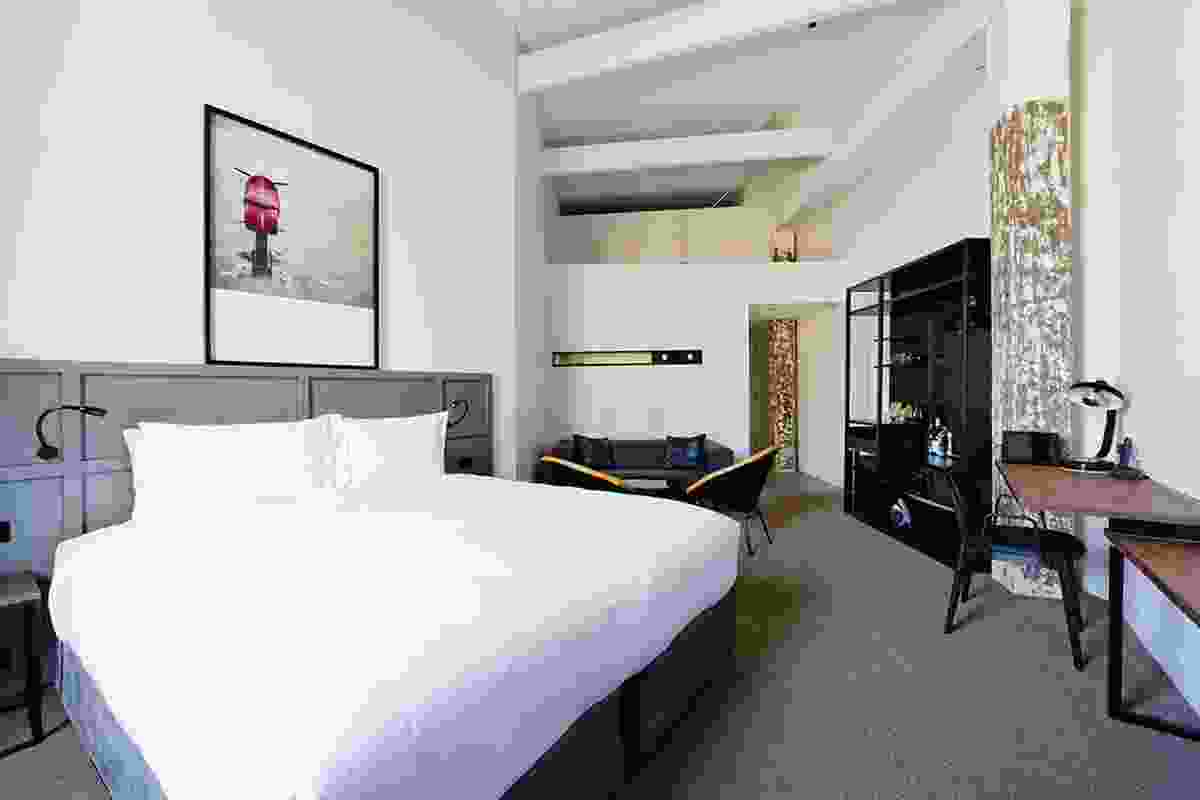 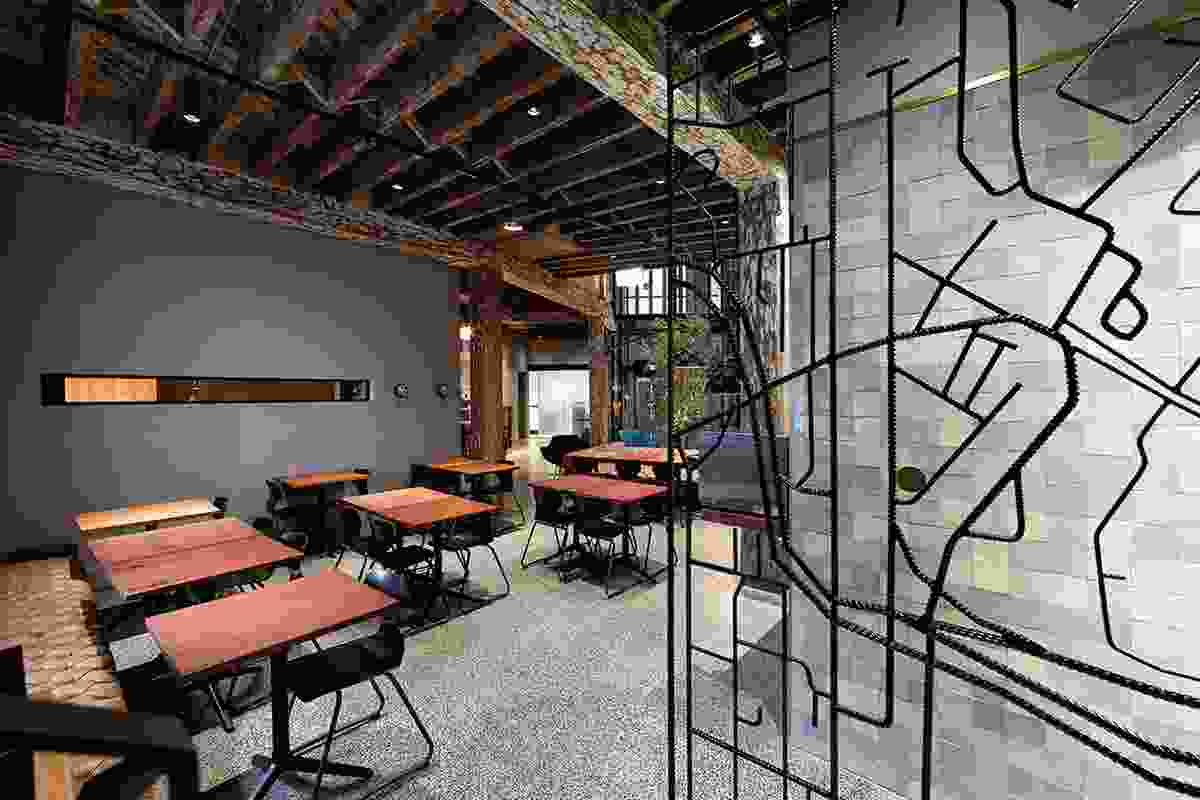 Industrial heritage expressed in steel screens in the restaurant. 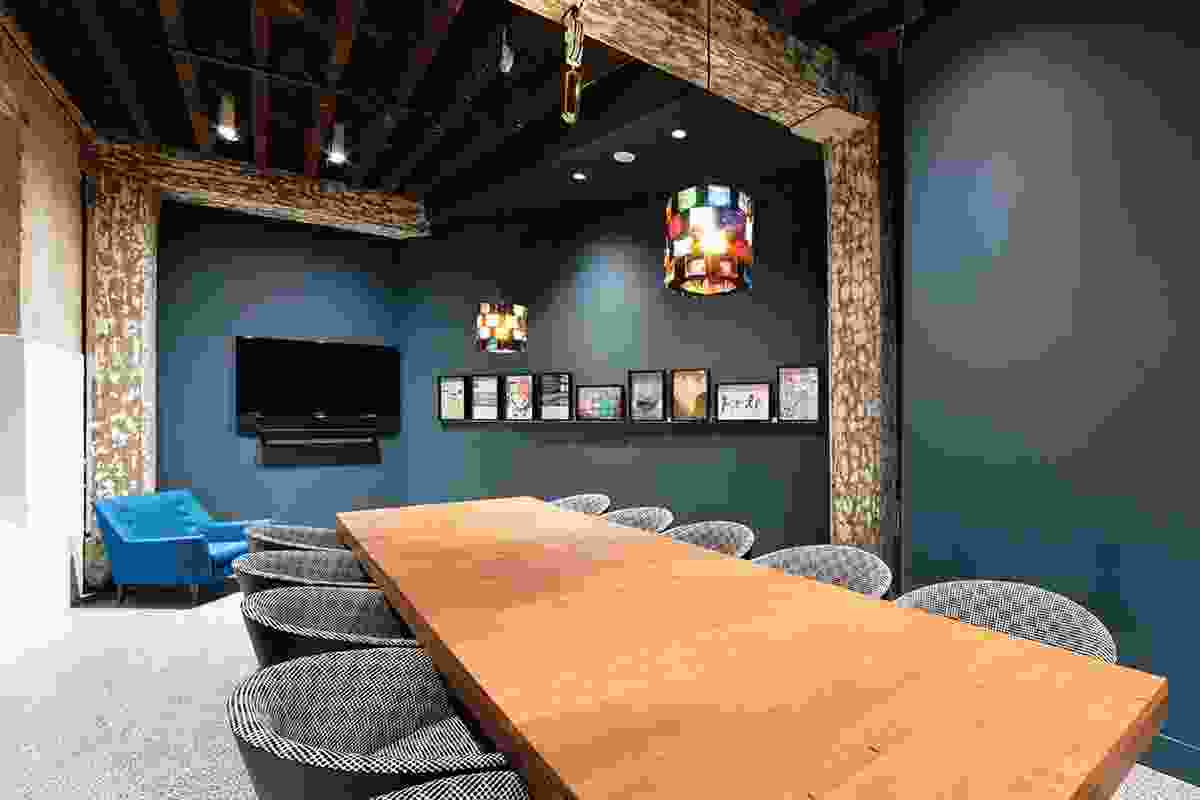 Old and new elements in the boardroom. 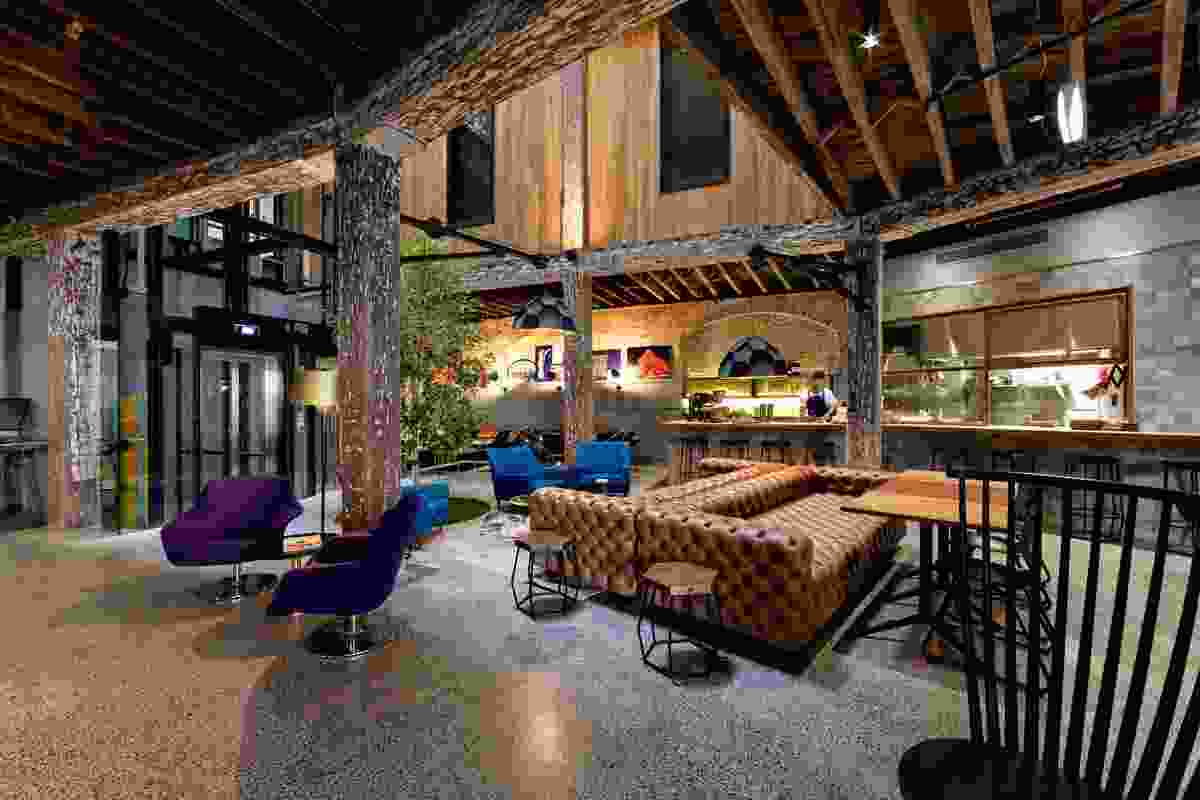