A view from Aurora Stadium of the plans for a four-storey building on the Inveresk site.

A $200 million concept plan for the new Inveresk campus of the University of Tasmania in Launceston has been revealed, representing a significant step towards expanding the state’s northern education hub. The move involves the consolidation of most of the university’s faculties onto one central campus.

Two new sites lie at the centre of the plans – Inveresk (adjacent to Aurora Stadium) and the existing Willis Street car park across the North Esk River on the southern side. Two new buildings will be constructed, making use of the former industrial area, which is more central than the campus’s current location at Newnham. The new buildings will be connected by a footbridge across the river.

A new four-storey building will be built on the Inveresk site, already home to the university’s School of Architecture that was designed by Six Degrees and SBE just under a decade ago. Under the new plan, the existing architecture and arts building at the Inveresk site is likely to have its interiors revamped.

After the project is complete, the site will house educational areas including business, arts, education, law, IT, design and architecture, as well as the library and the English language centre. The estimated total floor space of the building is 37,000 square metres. The concept plan emphasized the importance of the site’s industrial past and the incorporation of open space.

The Willis Street building across the North Esk River will have a floor space of around 36,000 square metres, and will be used for health, science, engineering and technology, agriculture and aquaculture. The plans for the building may also include a public plaza that connects with the adjacent National Automobile Museum of Tasmania.

The Australian Maritime College at the Newnham site, which is part of the University of Tasmania, will also be developed and expanded under the new plans. The college will become the focus of the site, with around half of the existing facilities and spaces to be retained. The Tasmanian government is considering plans to open up the other half for residential development.

The architects involved in the project are not yet able to be named.

Earlier this month, the University of Tasmania’s Vice-Chancellor Professor Peter Rathjen said the new development’s proximity to the city presents an exciting opportunity for the university.

“Improving educational attainment in Tasmania is widely recognized as one of the keys to a more modern and prosperous Tasmanian economy,” he said.

“To attract more Tasmanians into higher education and gain a greater share of national and international students we need to provide high quality facilities that will deliver world class educational outcomes.”

In May a Memorandum of Understanding was signed between the Tasmanian government, the University of Tasmania, Launceston City Council and TasTAFE. Premier Will Hodgman said that the plans would “lead an economic revolution” for the city, and would allow the site at Newnham to be unlocked for residential development.

The University of Tasmania is the only university in the state, and it has set a goal with the state government to increase the number of Tasmanians participating in higher education by 10,000 over the next decade.

A public consultation period will now take place, and a public meeting is due to occur on 1 October at Albert Hall. 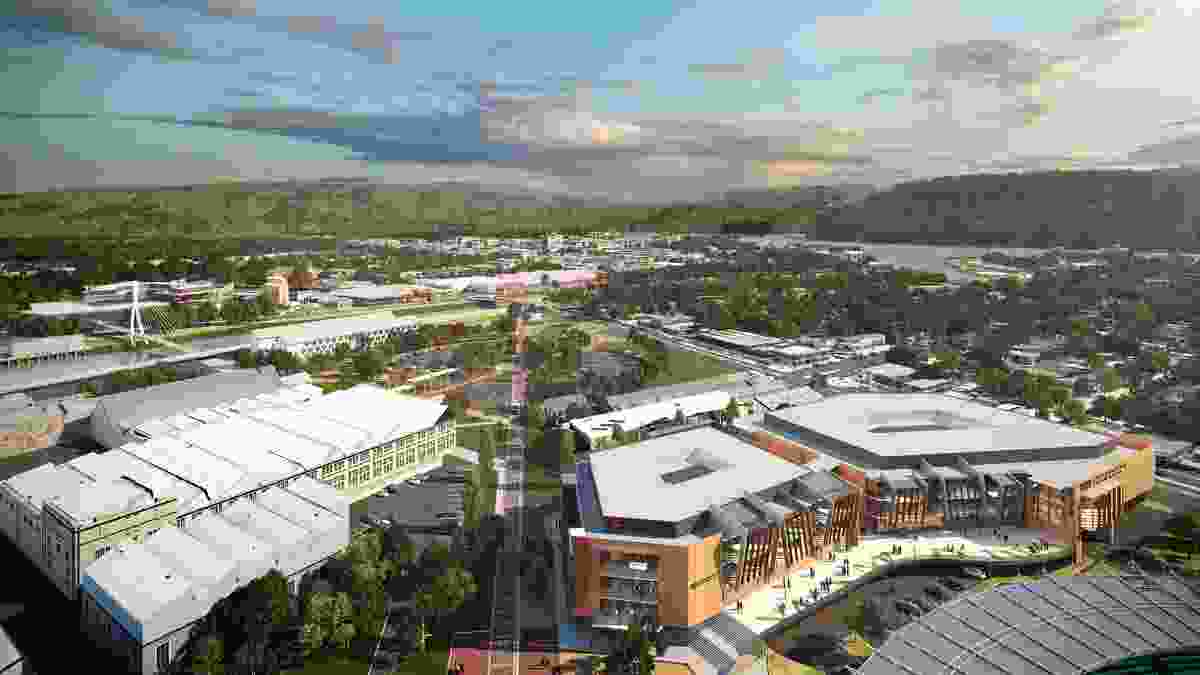 A view from Aurora Stadium of the plans for a four-storey building on the Inveresk site. 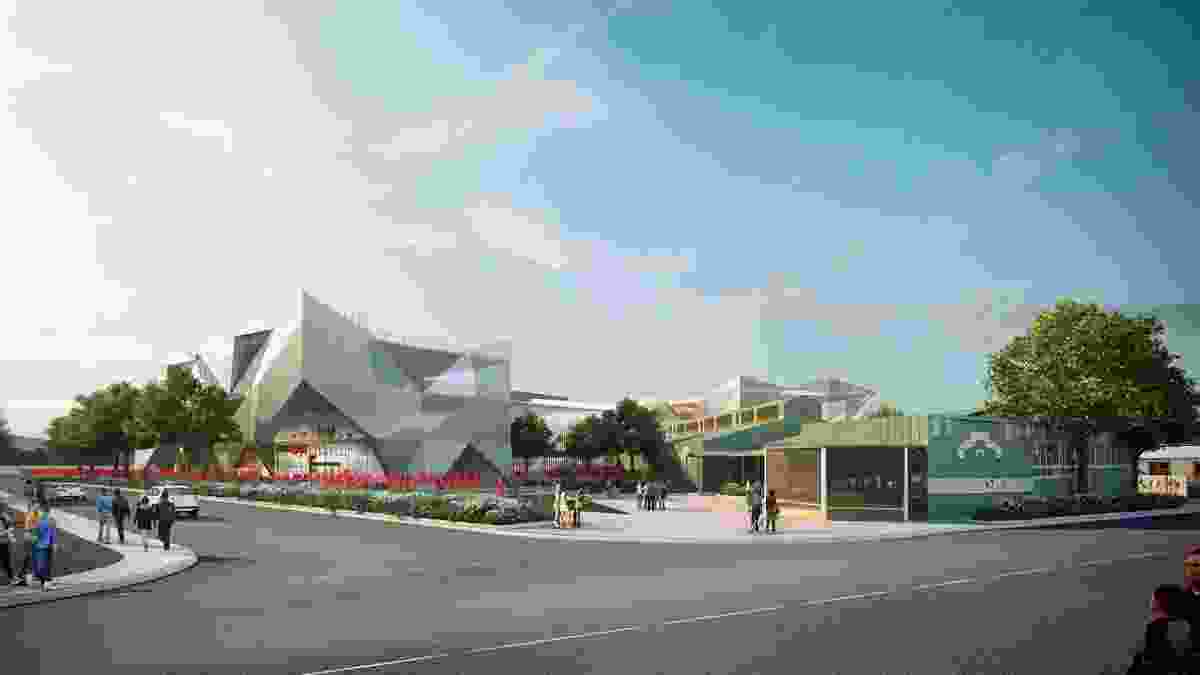 The Willis St building, a pedestrian plaza and the adjacent National Automobile Museum of Tasmania. 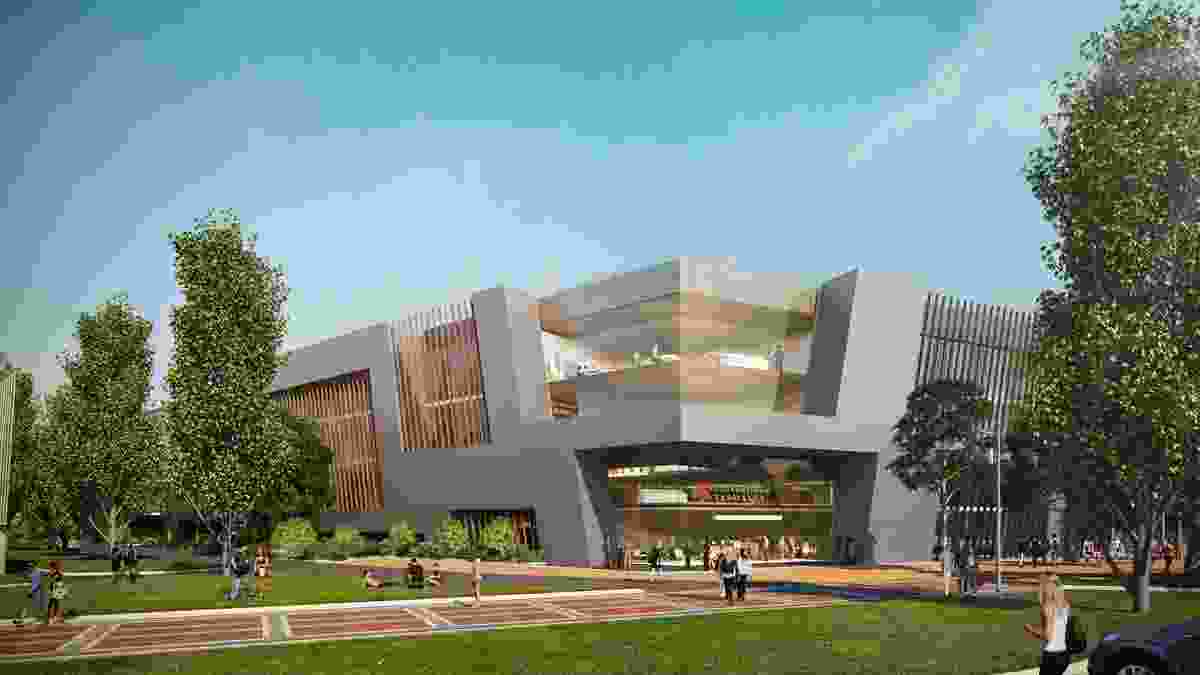 A view of the new four-storey building from the existing facilities on the Inveresk site.