Chasing Kitsune redefined the food-truck phenomenon by creating a mobile pop-up restaurant that adapts to its landscape. It was created by the young designers at Hassell for the 2011 State of Design Festival, whose theme was “design that moves.” Based on the idea of the kitsune, a mythical fox in Japanese culture that shape-shifts and only reveals its true form in shadow or reflection, the truck operated at night at locations that were revealed via social media. Once people “found the fox,” delicious Japanese food was on offer. The design was simple and calculated, evoking the principles of Japanese design and concentrating on the craftsmanship rather than a palette of materials. Seating was a series of boxes packed inside each other and stored within the truck. At each location, the boxes were set up and the canvas sides pulled back, revealing the kitchen. The canopy was clad in mirror laminate, reflecting the boxes while playing up to the kitsune myth of the fox revealing itself. The fitout was designed to be removed from the rental truck and re-inserted into another truck, to be sold as a complete mobile restaurant with its own branding and identity.

The projects entered in the Installation Design category demonstrate the ways in which installation practice can push a range of spatial typologies – including retail, performance and hospitality – into new realms. Hassell’s awarded project is a mysterious and adventurous approach to “pop-up” food retailing. It responds to the nature of contemporary life; it is experiential, social and temporary. Chasing Kitsune is a “shape-shifter” that can locate itself in, and transform, any space. A generic truck arrives and its content overflows to provide a beautifully crafted place and experience. 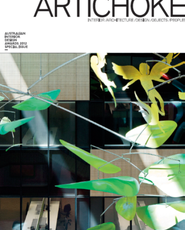 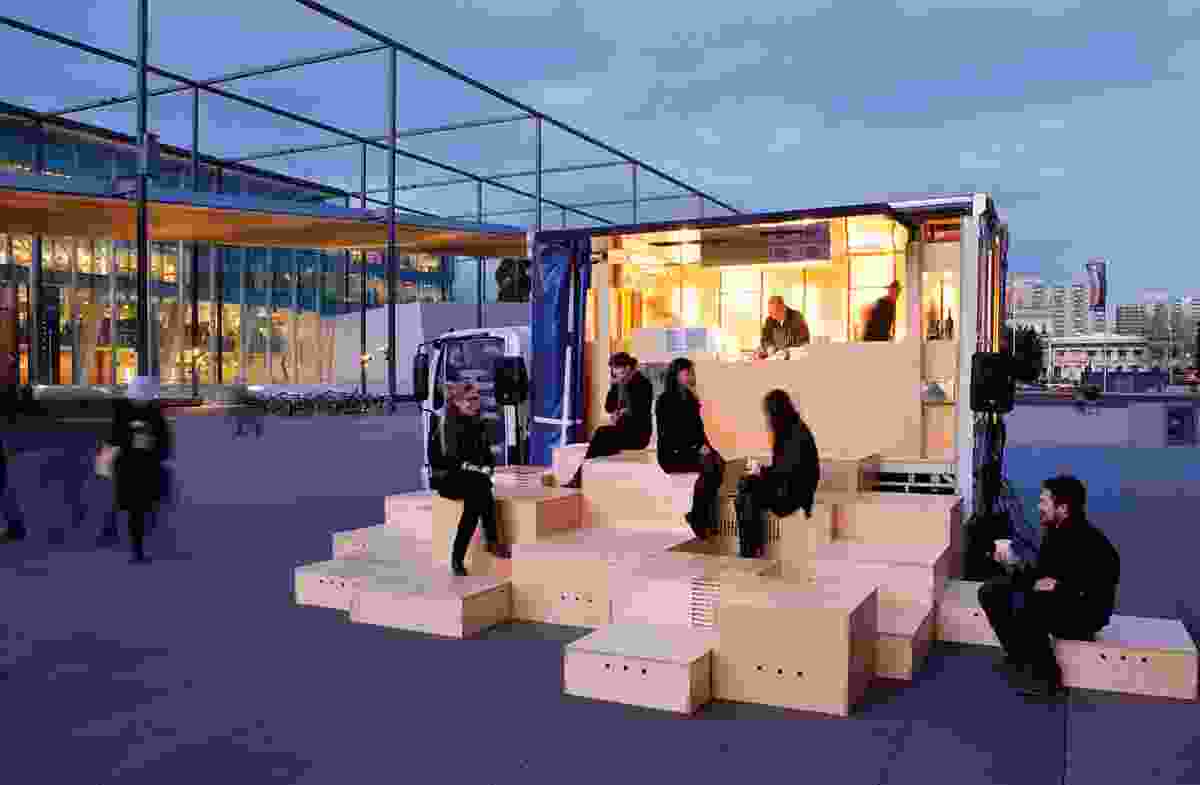 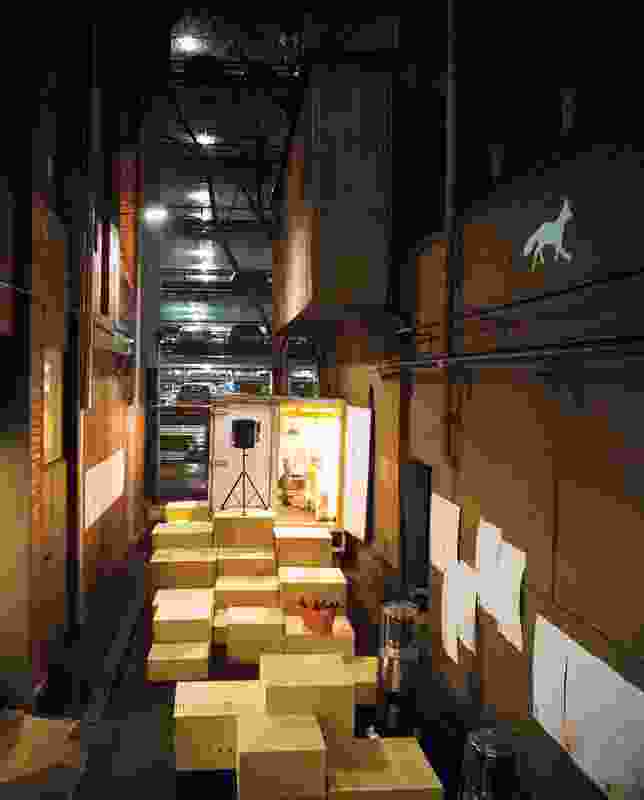 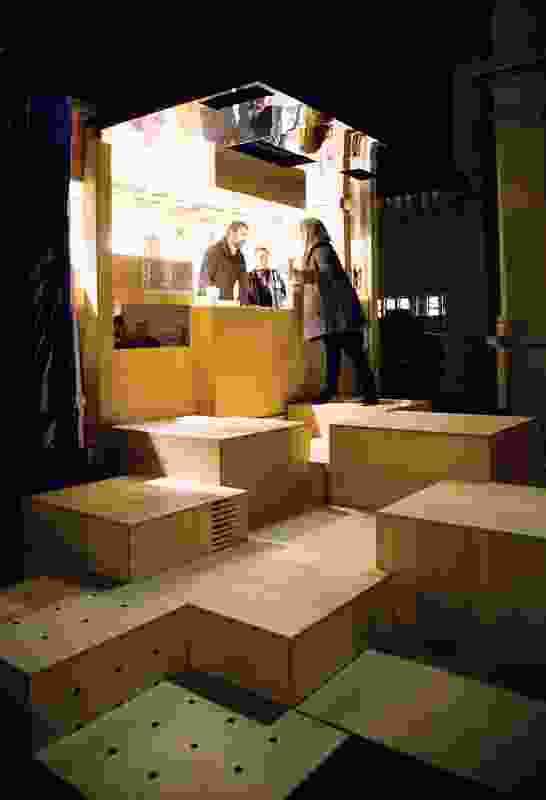