This is an outstanding heritage response to an important civic and heritage place of enormous architectural, social and cultural significance. Highly nuanced, subtle and sophisticated, this intervention at Hamer Hall challenges the simple binary setting of new against old to provide a more layered and complex mix, which nonetheless enables a new appreciation and delight in the original Roy Grounds building and John Truscott interior. The sophistication of the design proposition and its execution has allowed an approach which restores and celebrates the works of both Grounds and Truscott, that adding a third voice that challenges and plays with its predecessors, with wit, humour, joy and exuberance. In doing so, it has brought the works of those two most significant designers together, magnificently.

A shift of mindset from dogmatic manifesto to plurality has enabled the poles of modernist honesty and interior fantasy to be united. With intelligence and sensitivity, the architect has forged a whole out of two warring parts in a virtuoso improvisation on a mash-up of contrasting themes.

In solving longstanding functionality issues the design dramatically improves the way the building works and feels. Vast improvements have been made to Hamer Hall itself, bringing backstage operations, seating, acoustics and view lines up to date, while keeping the aesthetic shifts in this inner sanctum at their most subtle. The end result succeeds beautifully, bringing a compromised but inspired original to a fully realized, integrated and delightfully vibrant contemporary outcome.

The building’s form on the edge of the river makes reference to the mass of the drum of Grounds’ Hamer Hall. But where the latter is hermetic and pure, the former is dynamic, linear and broken, sinuously lifting and wrapping around the base, forming a plinth in keeping with the drum, while also clearly offering a more obvious dualism between old and new. The twisting mass of the new river’s edge responds to the need for a more permeable skirt to create an active and connected urban frontage, in contrast to the containment required by the hall itself.

The new Hamer Hall celebrates and enriches an important heritage place with masterful intelligence and sensitivity.

Read the project review by Conrad Hamann for Architecture Australia. 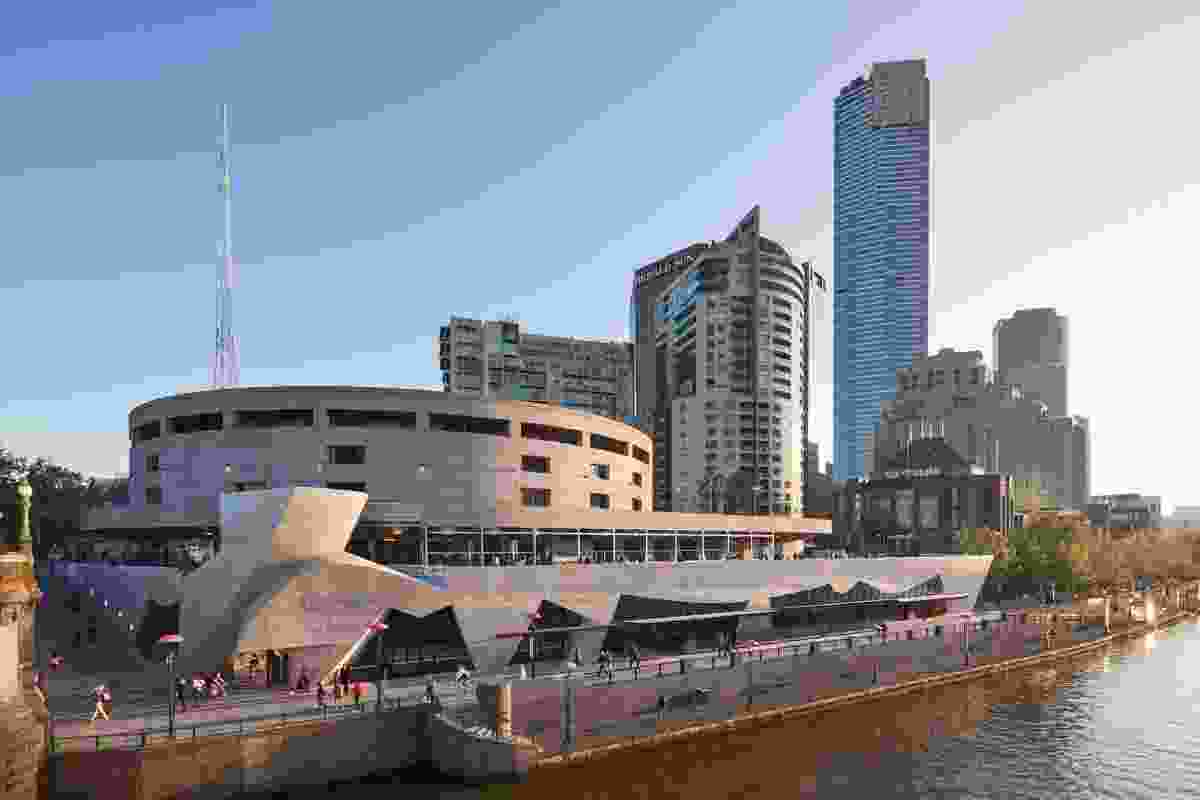 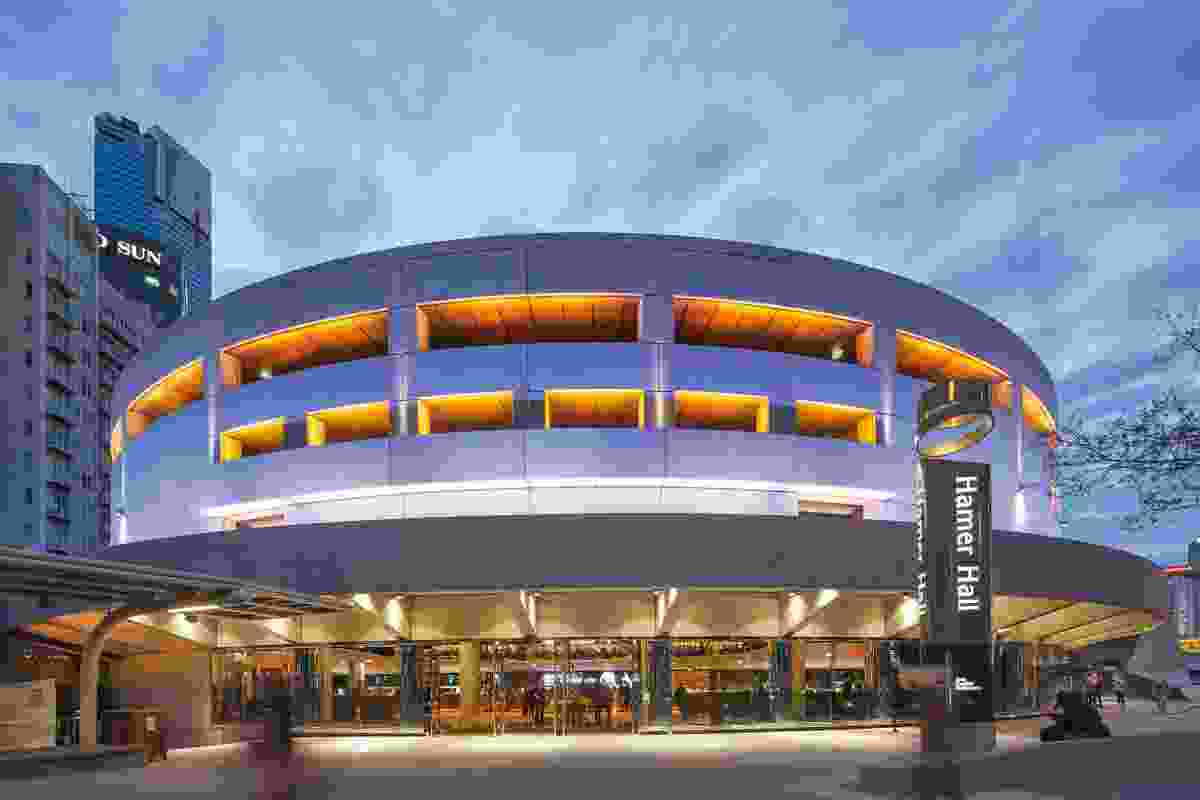 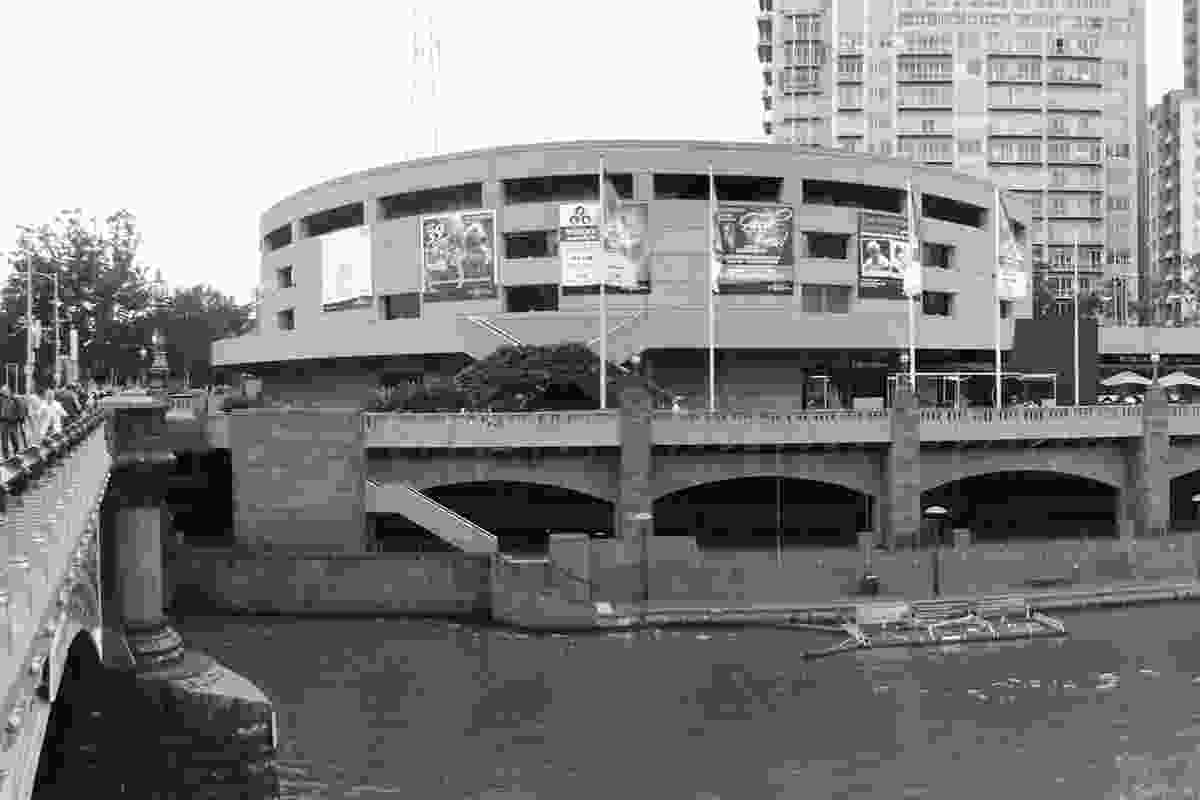 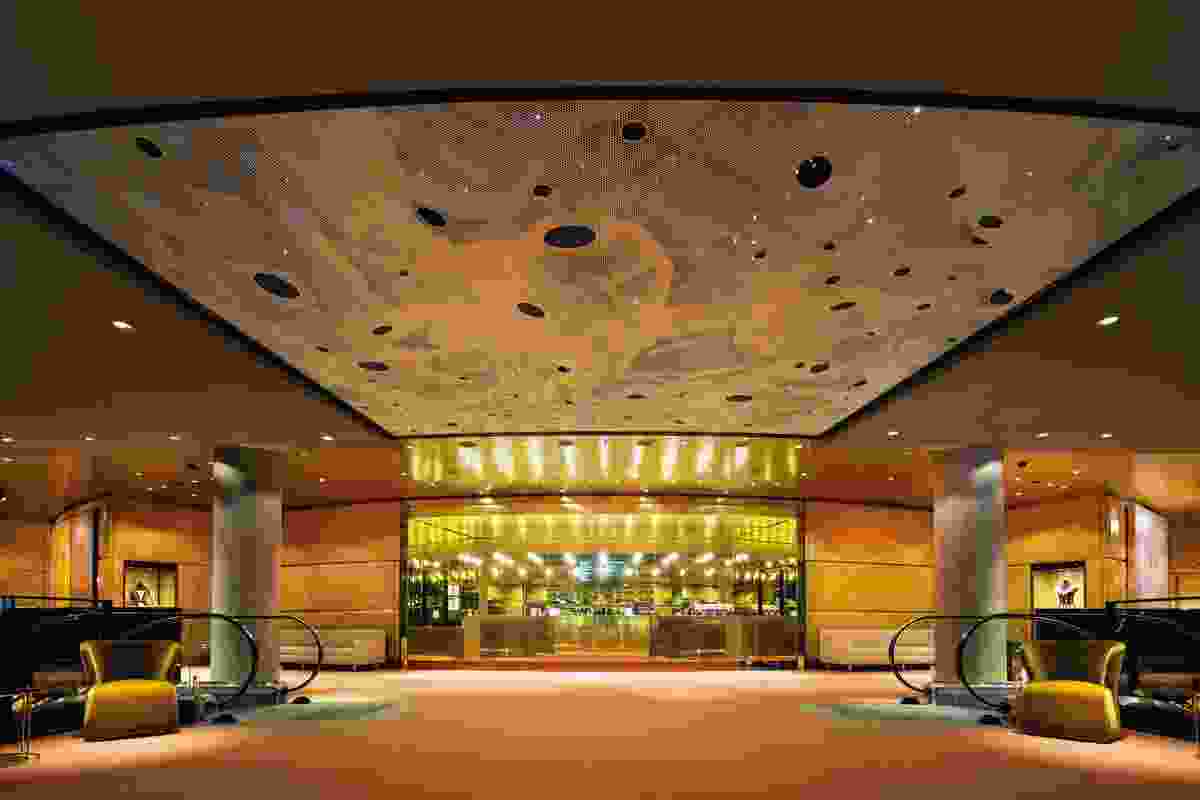 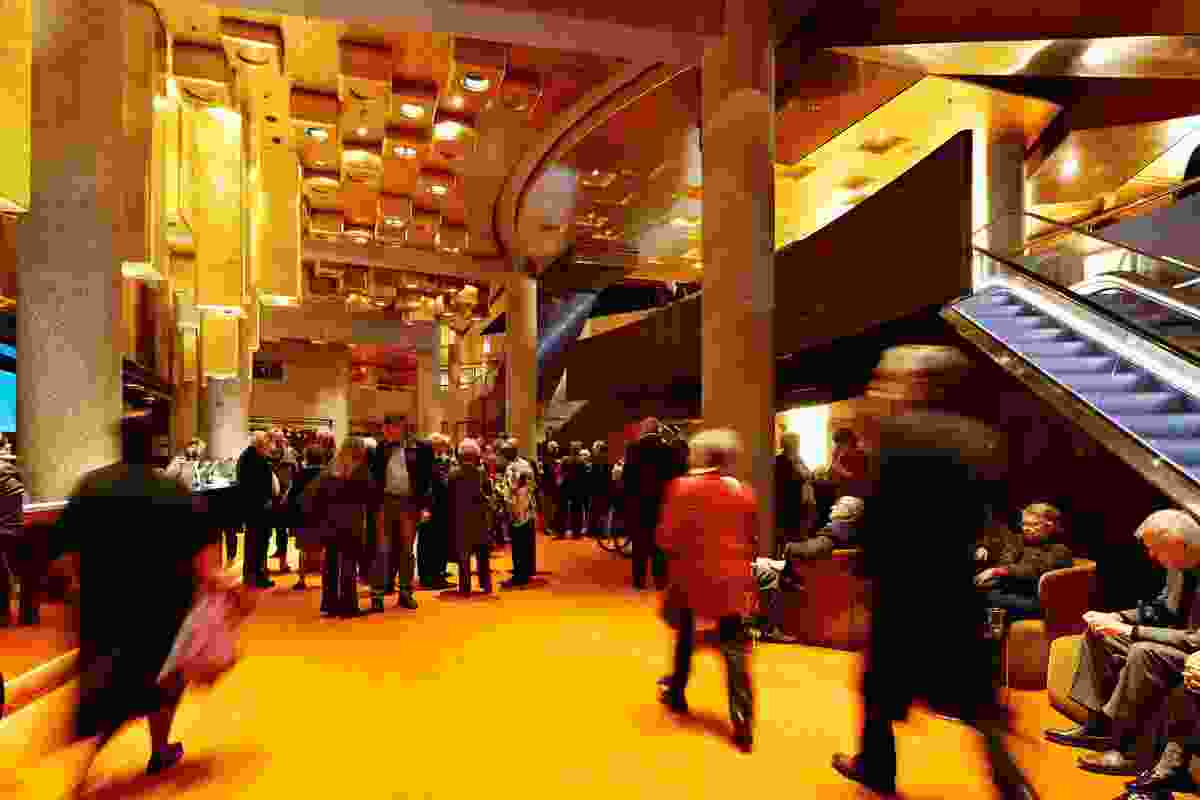 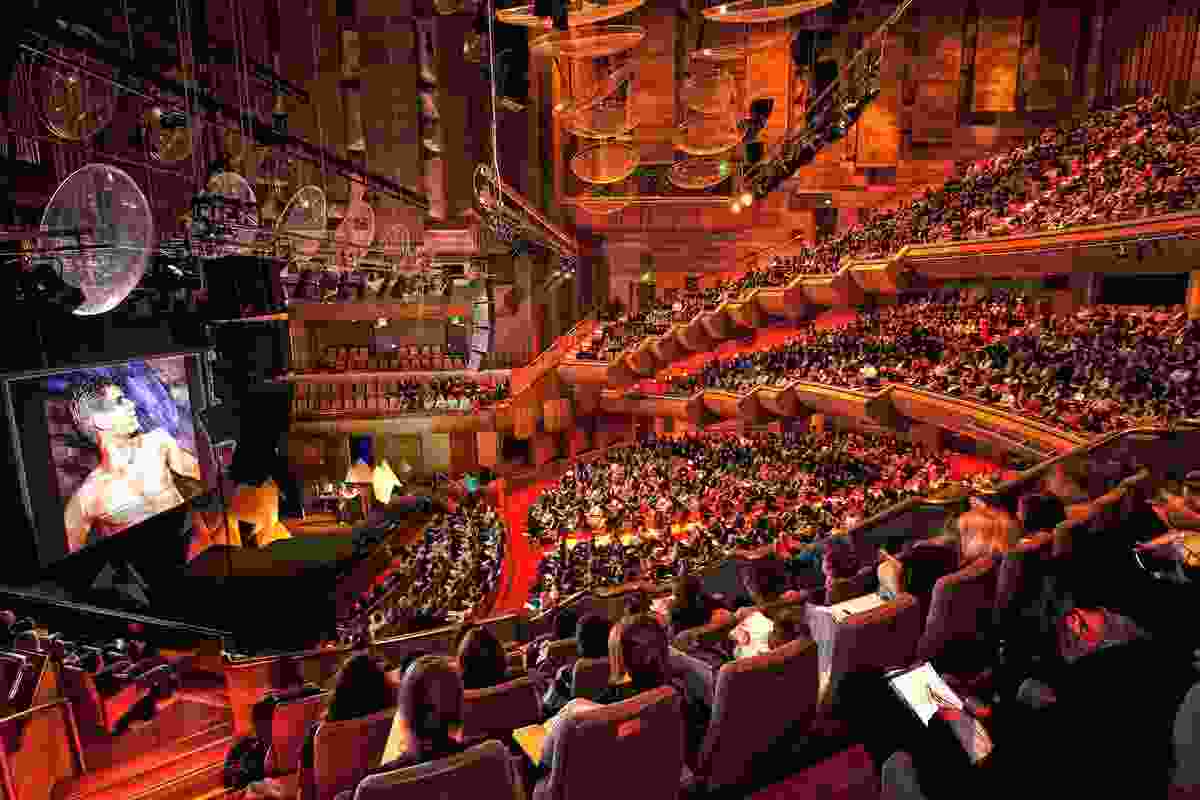 The concert hall before restoration. 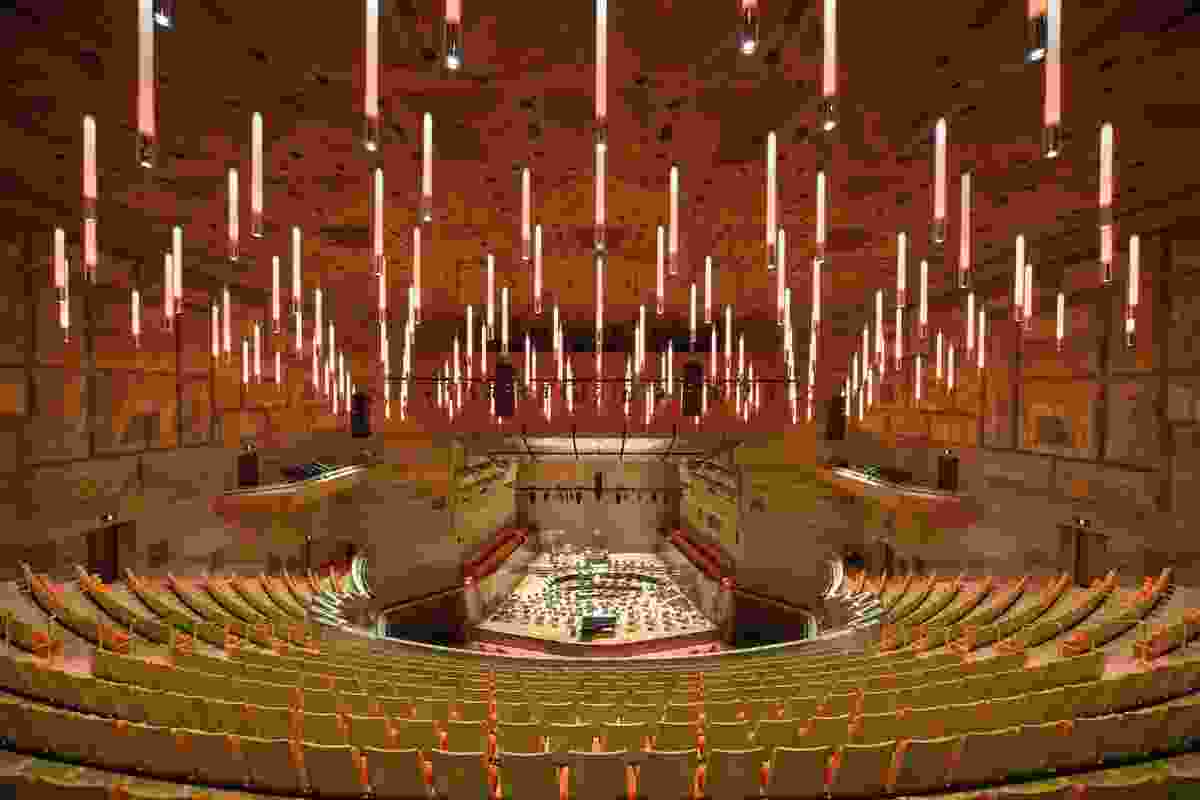 After: Hamer Hall by ARM Architecture.