Law courts are difficult projects, with conflicting parties and imposed authority embedded in their nature. They must encourage respect and appropriate behaviour, have high security and manage complex circulation. Often the results reflect these difficulties.

The Queen Elizabeth II Courts of Law handles this difficult program sensitively and expertly, delivering a beautifully scaled sequence of spaces in a dignified urban object. The building communicates a calm, rational, reassuring atmosphere, managing to hit exactly the right note for the twenty-first century, abandoning the pomp and grandeur of past centuries. Respect is demanded, but also given to all parties involved in the often-traumatic processes. Transparency is maximized, and views to calming nature are provided to all circulation spaces. Art is distributed throughout the building, including major commissioned pieces that work extremely well as counterpoints to the architecture.

The glassy facade is screened and punctuated by outdoor decks with sky gardens, breaking down the scale of the building and allowing fresh air and breakout spaces to the inhabitants. At the same time the designers have configured the building on the site to deliver a major public space to the city, enlivened by artwork and provided with a public cafe. This space visually and physically extends an axis from the city to the nearby park. This is a very civilized and thoughtful public building.

Read the project review by Silvia Micheli and Antony Moulis for Architecture Australia. 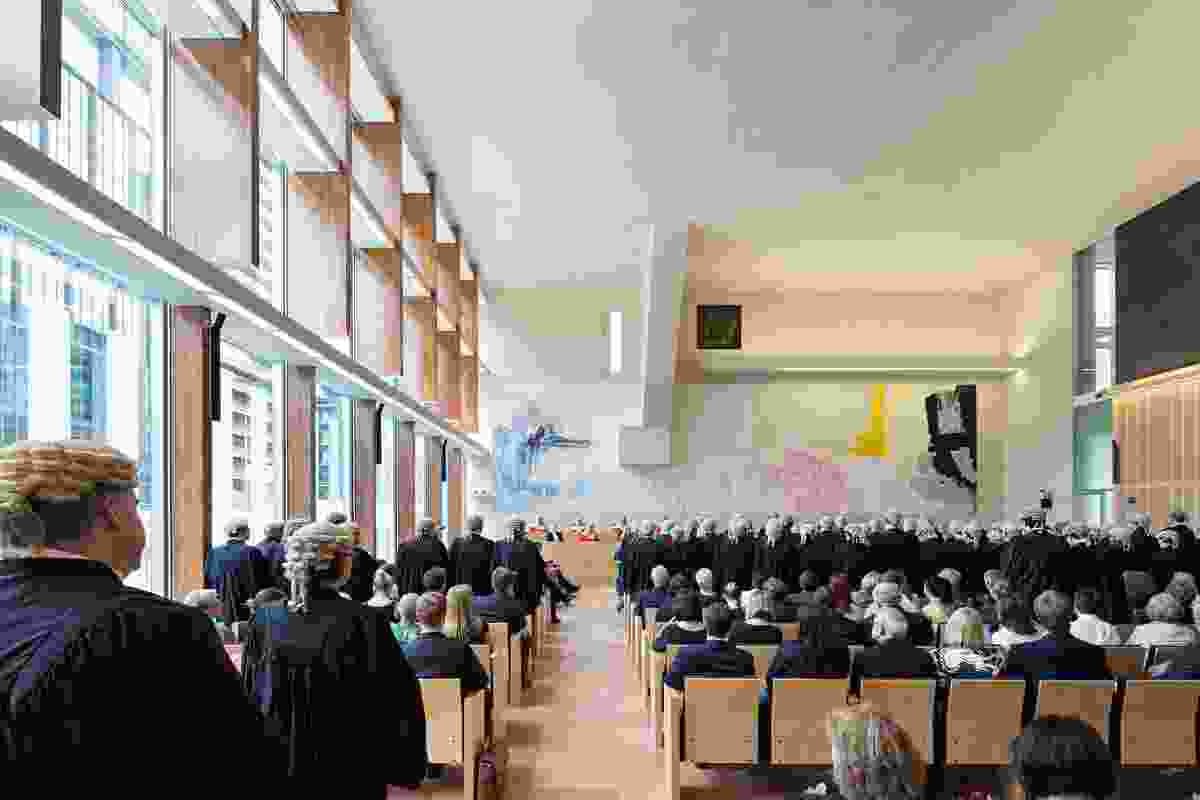 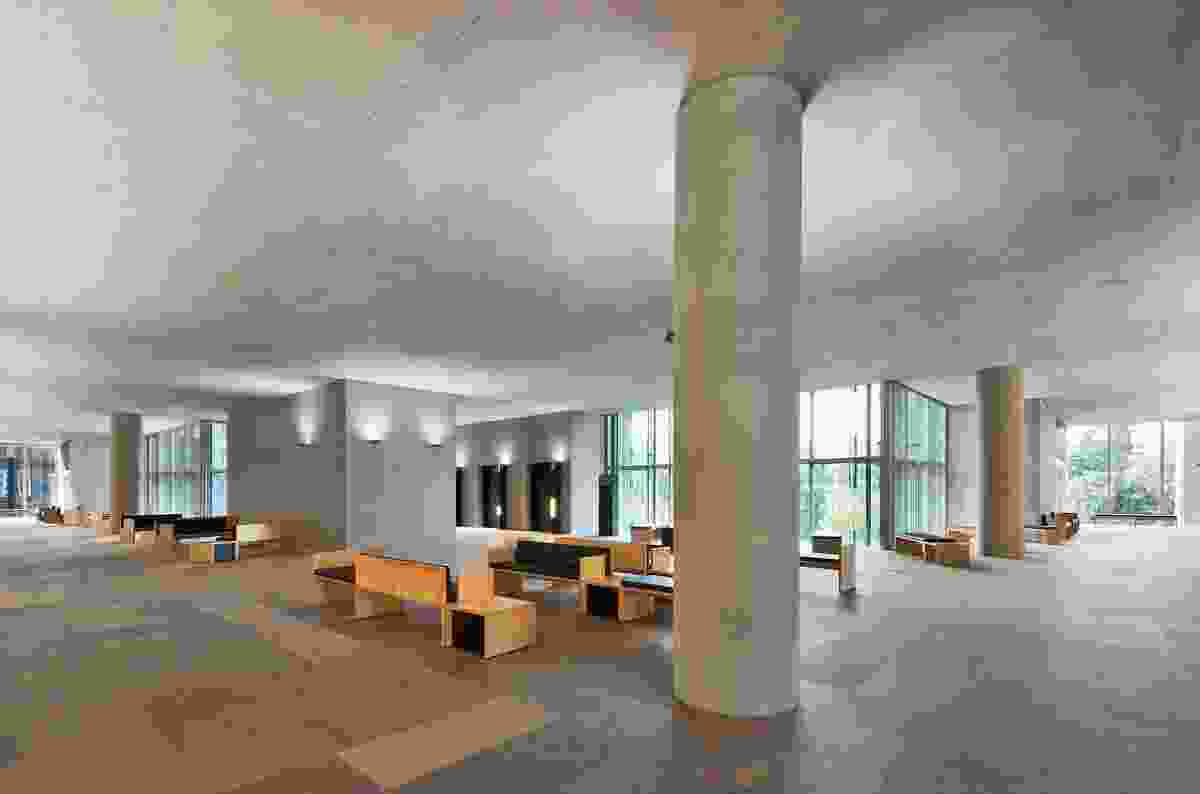 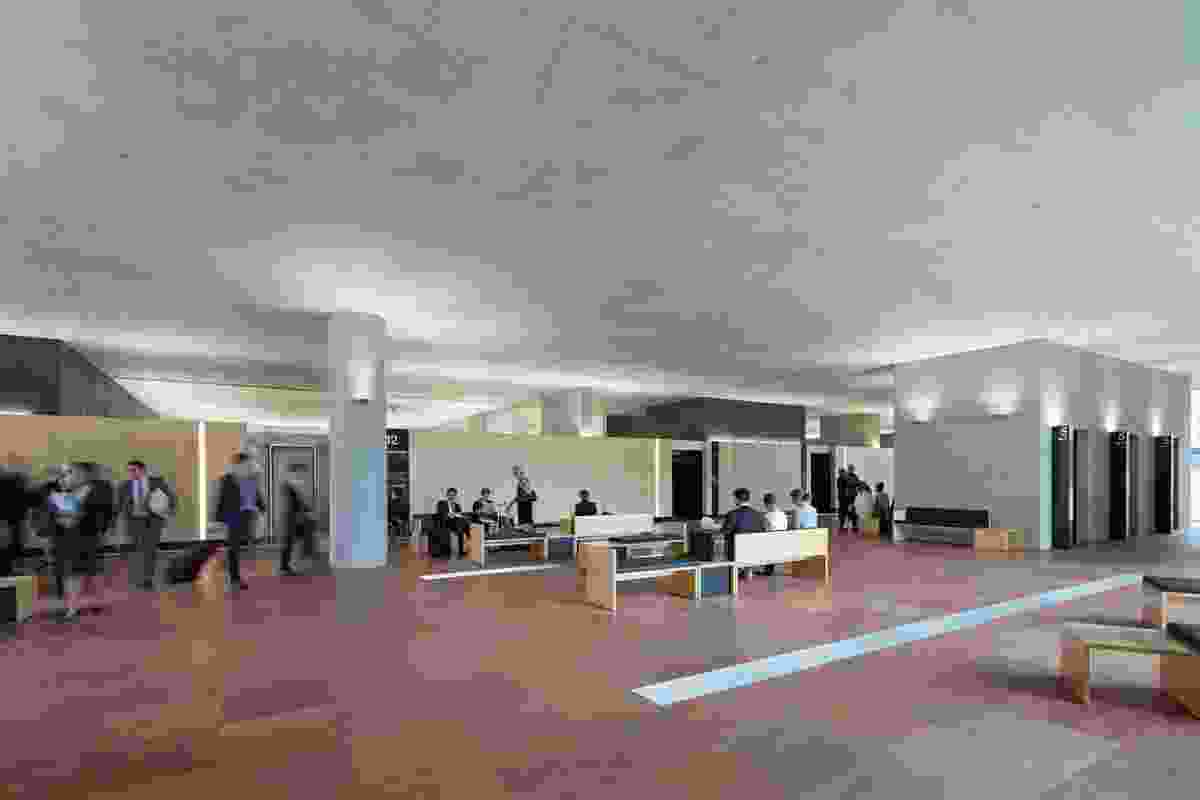 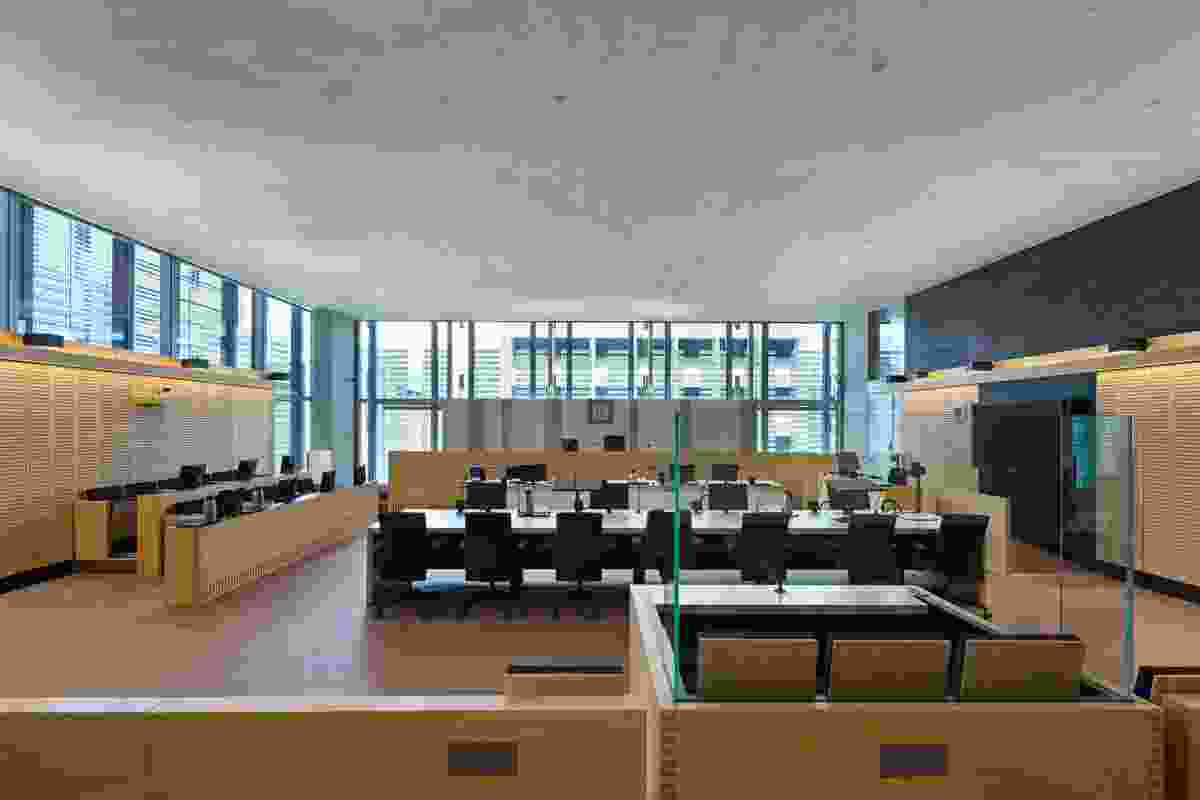 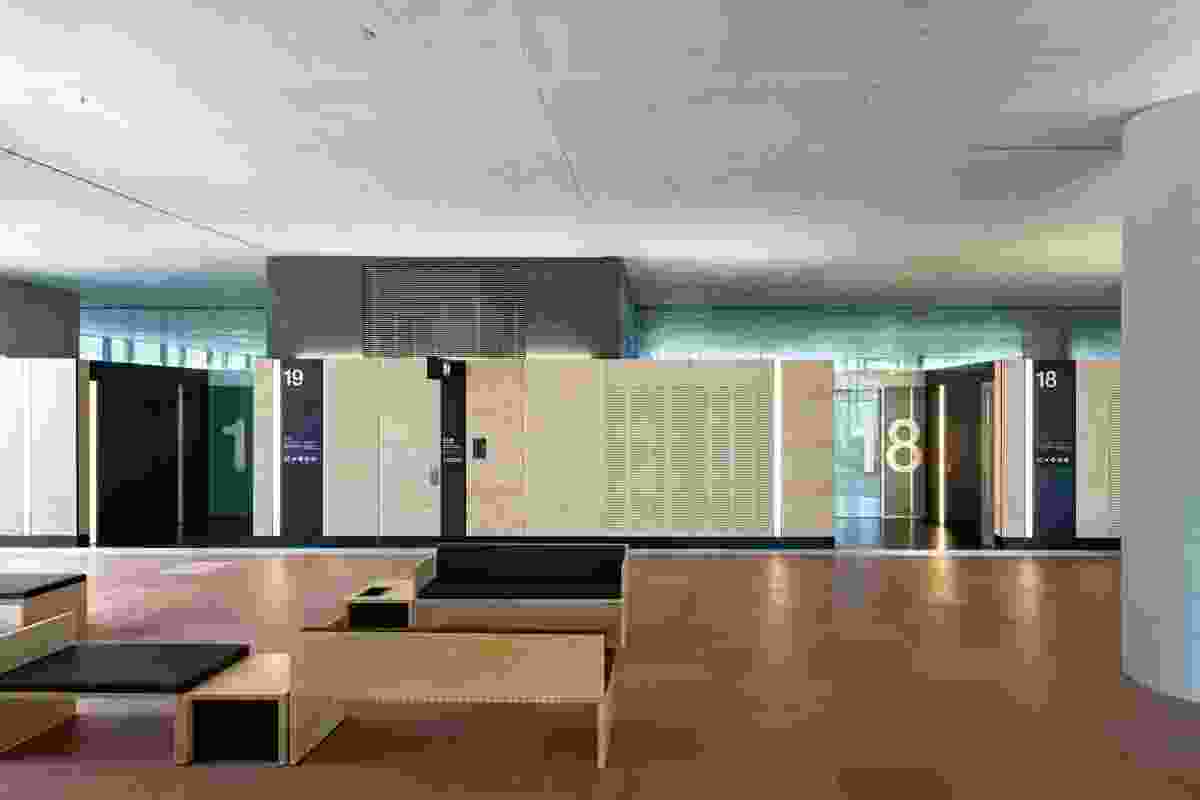 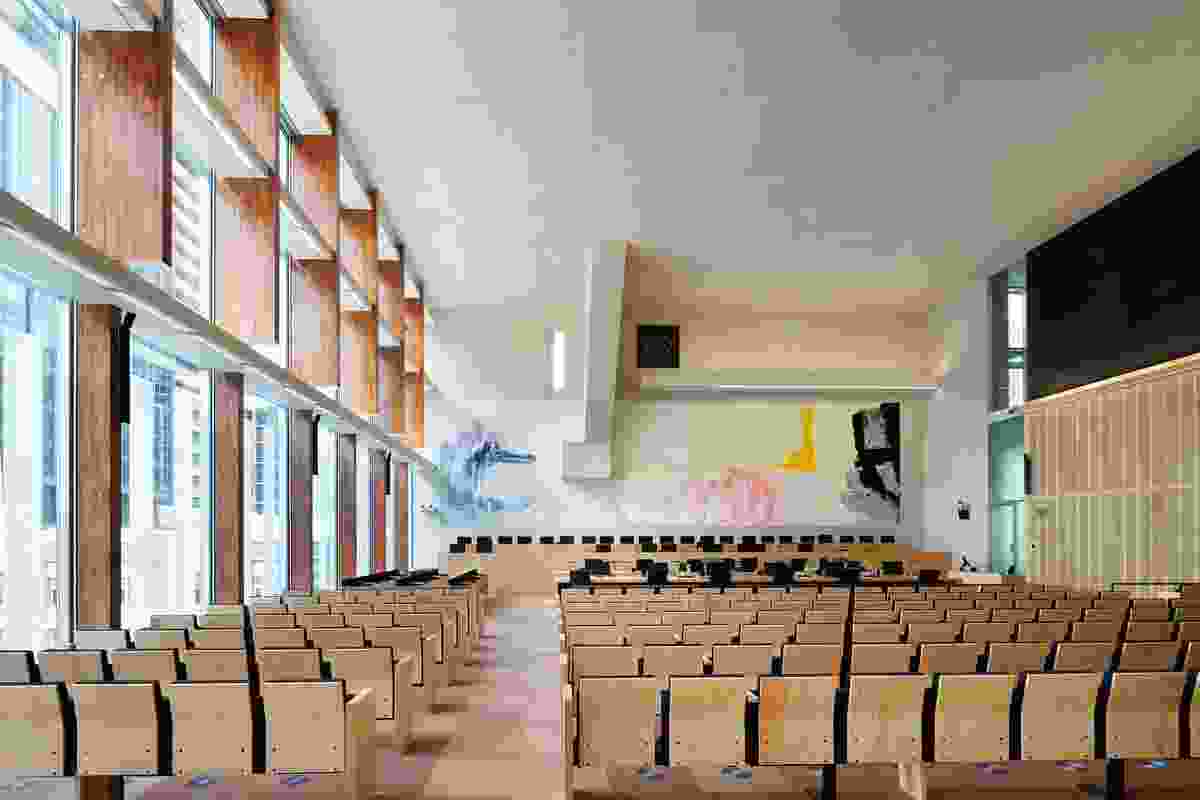 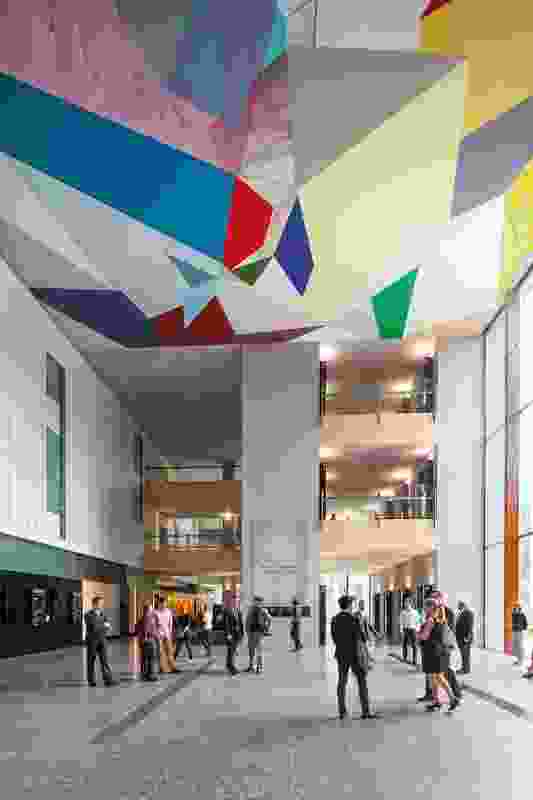 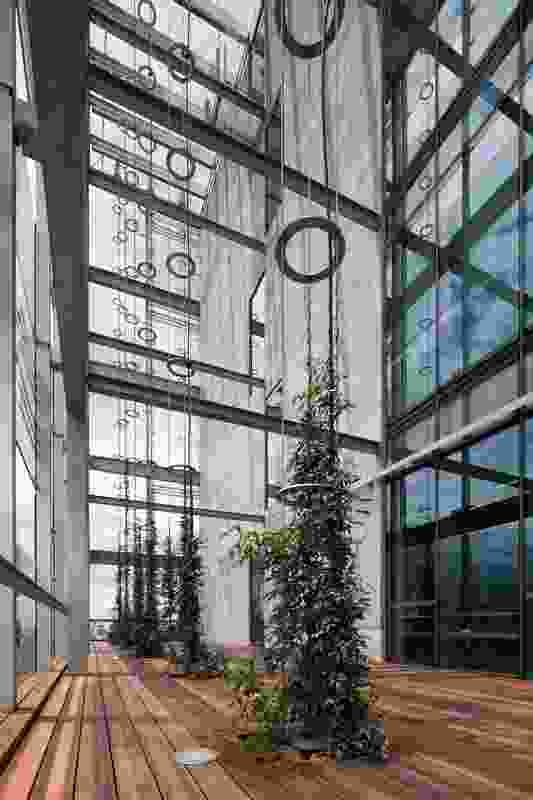 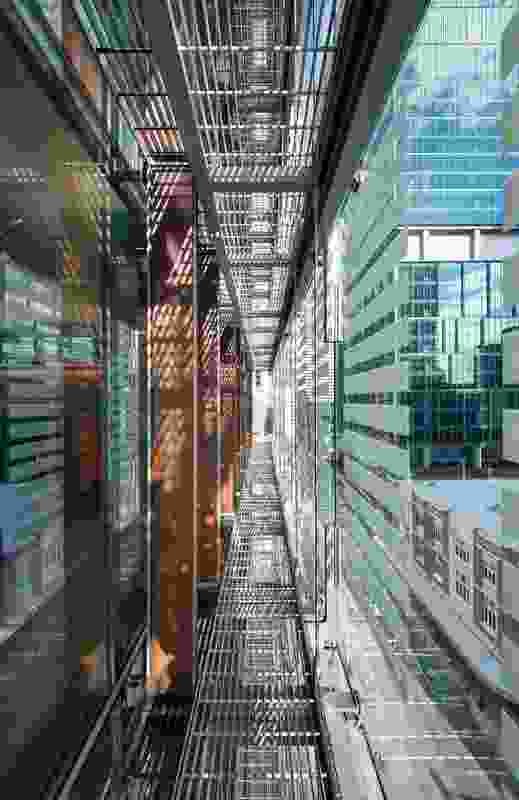 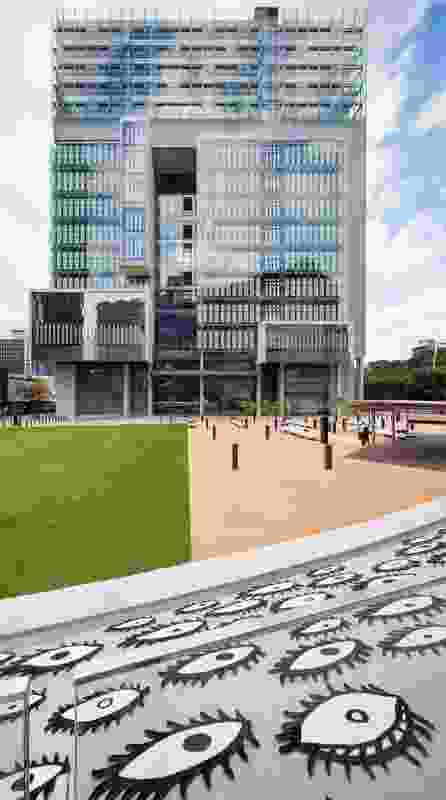 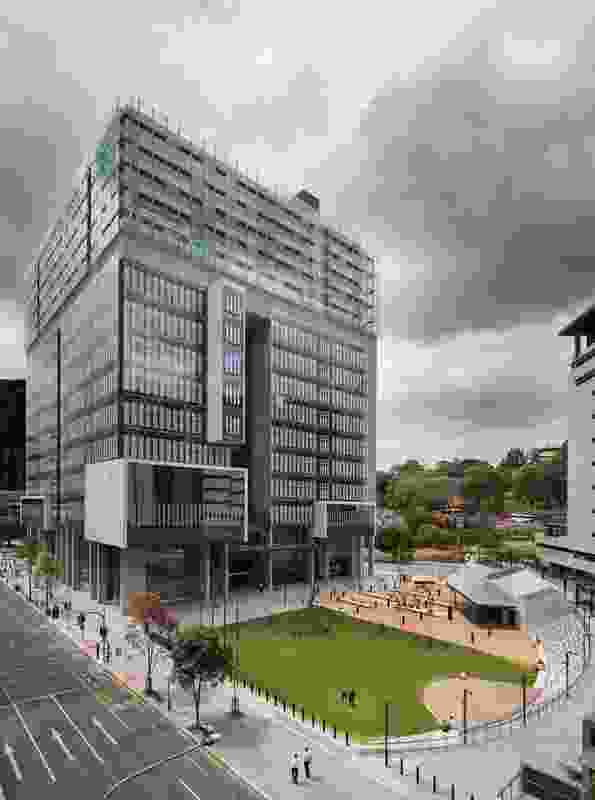