This is an invigorating category, with a range of excellent small projects that tick many boxes. From these, a beautifully designed boatshed and surf life saving club for the local community of Bicheno, a small fishing and holiday town on the east coast of Tasmania, emerged clearly as this year’s winner.

Discouraged by the failure of an earlier “off-the-peg” project due to budget overrun, and with it the possible loss of a grant to build new facilities on the foreshore, some friends – among them an architect – got together to hatch a rescue plan, pro bono. They were eager that the new design should not repeat the disappointment of recent unsightly foreshore buildings, which block ocean views, and that the solution should retain a sand dune habitat for fairy penguins adjacent to the site, which had been threatened by the previous project.

A simple and somewhat daring design emerged in the reboot of the project. Instead of demolishing and building anew, an old foreshore toilet block was upgraded and a larger boatshed was appended to it, facing the beach to draw attention away from its older neighbour.
The new building draws whimsically from the image of a craypot and is clad in polycarbonate sheeting and timber battens. Two timber decks link the pavilion to the foreshore and the beach in celebration of the location. Cheap as chips to build, and fast, the jury was told with pride. Nothing is too precious, we noticed, and most things can be fixed in a Saturday morning working bee.

An anchor point in the design is that it imaginatively allows daylight to permeate the very functional boatshed, while in the evening the building glows in celebratory fashion like a lantern on the beach.

Looking back at the illuminated clubhouse on the late winter afternoon of the site visit, the jury thought how projects like this have been missing in many similar coastal towns, where an expedient “tourist and progress association” mentality has sometimes resulted in poor civic outcomes in our public domain. By contrast, this project demonstrates how a remarkable yet simple and affordable design, coupled with a refreshing entrepreneurial spirit, has delivered a laudable outcome for this community, which is now lining up to use its new clubhouse in record numbers. 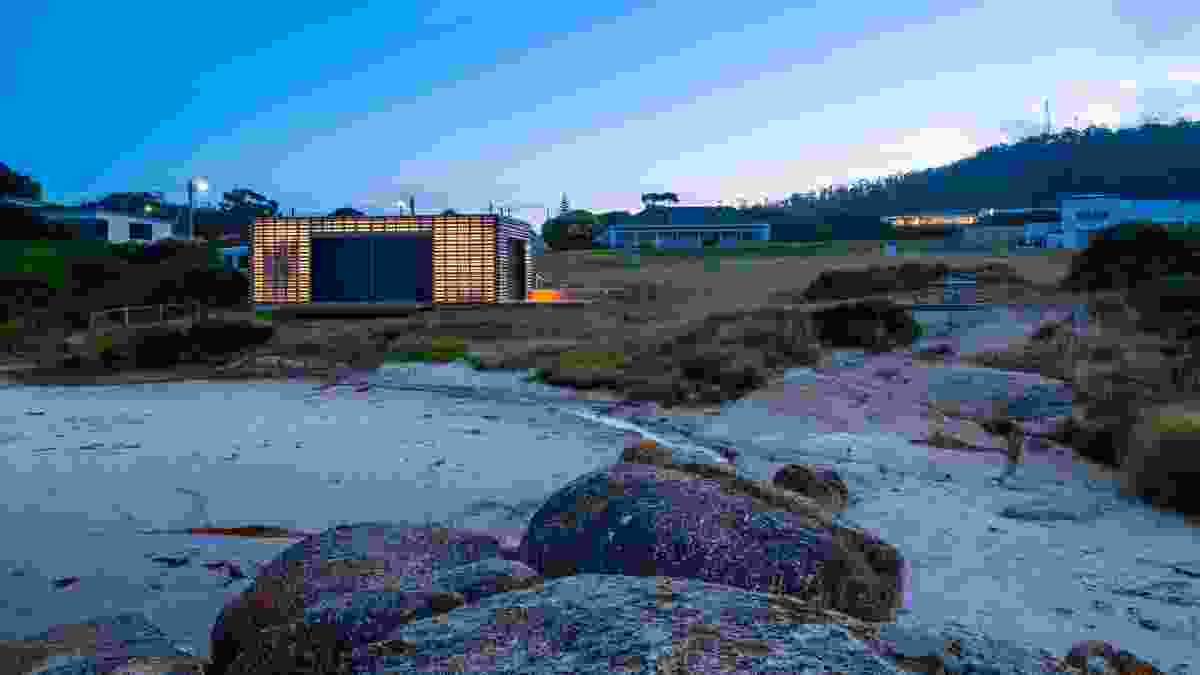 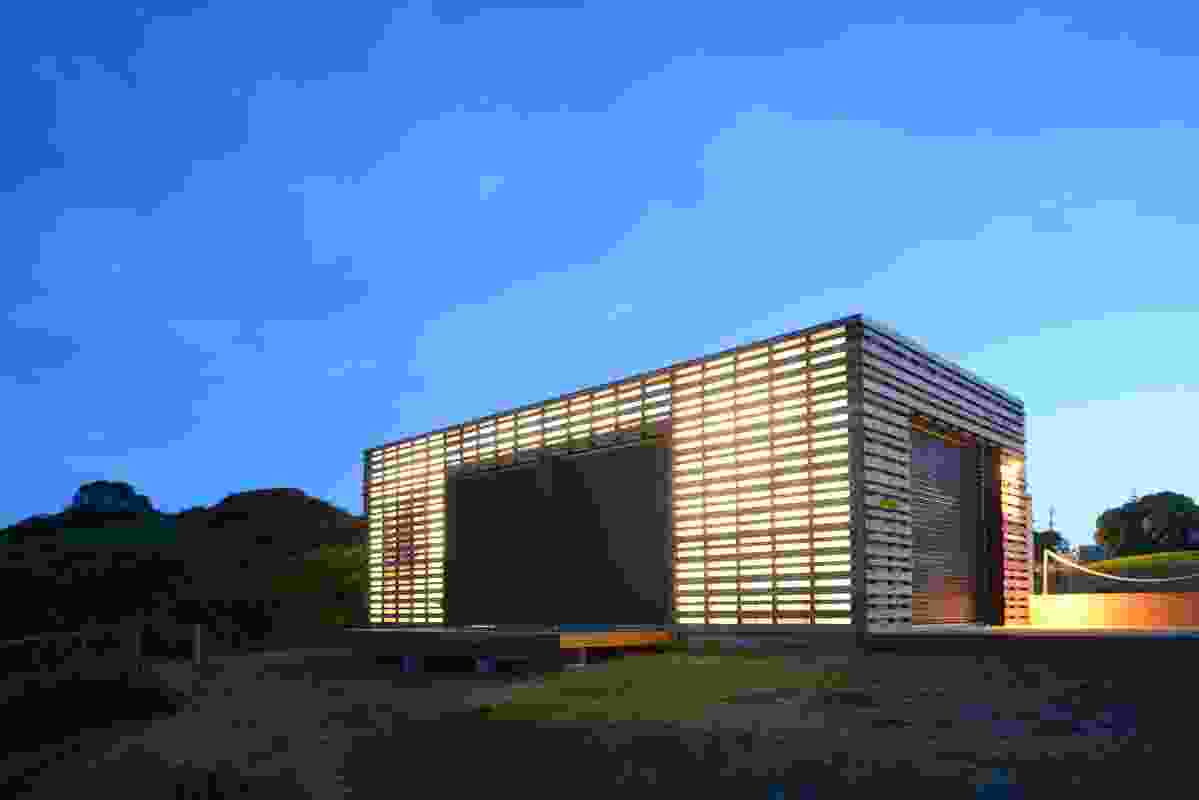 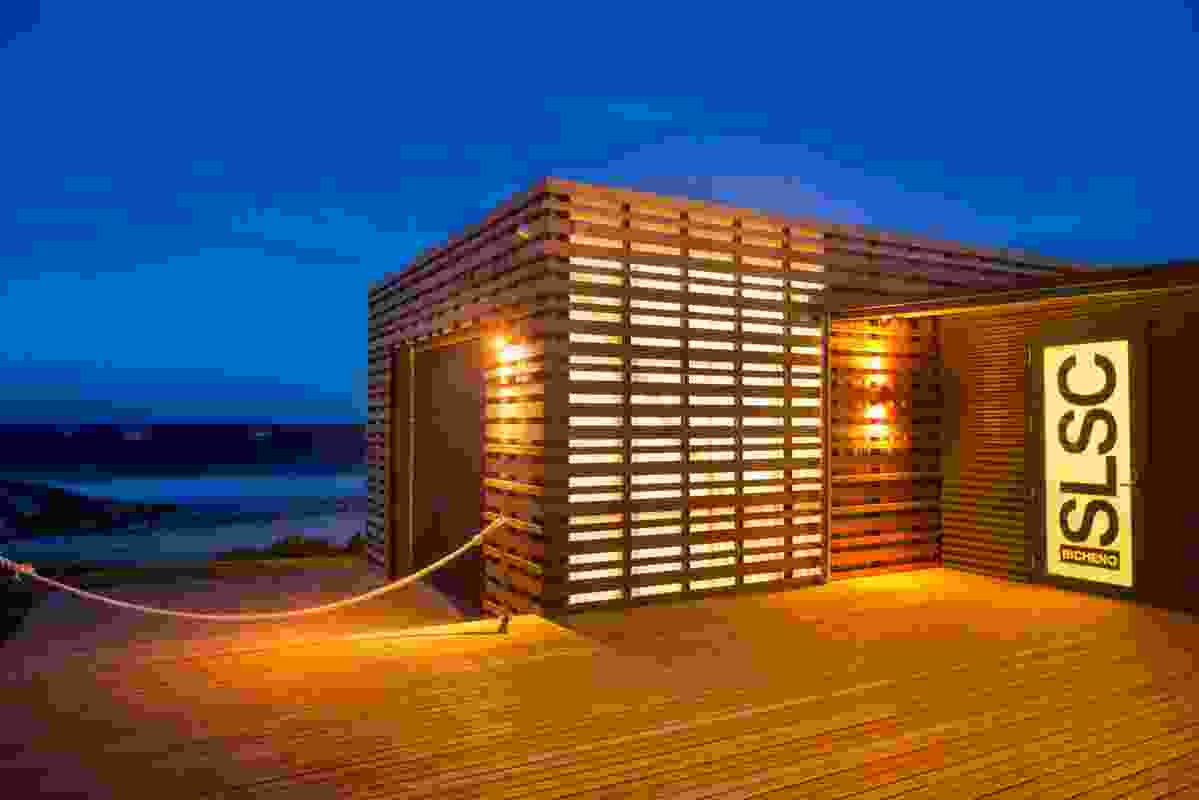 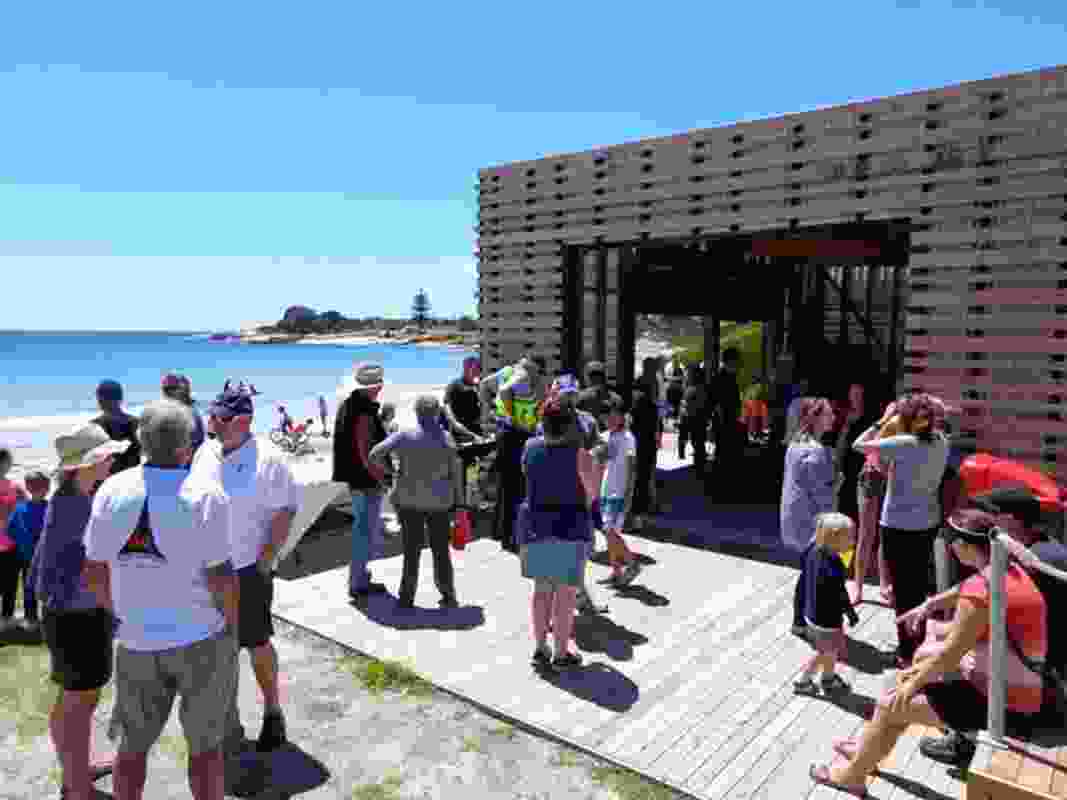 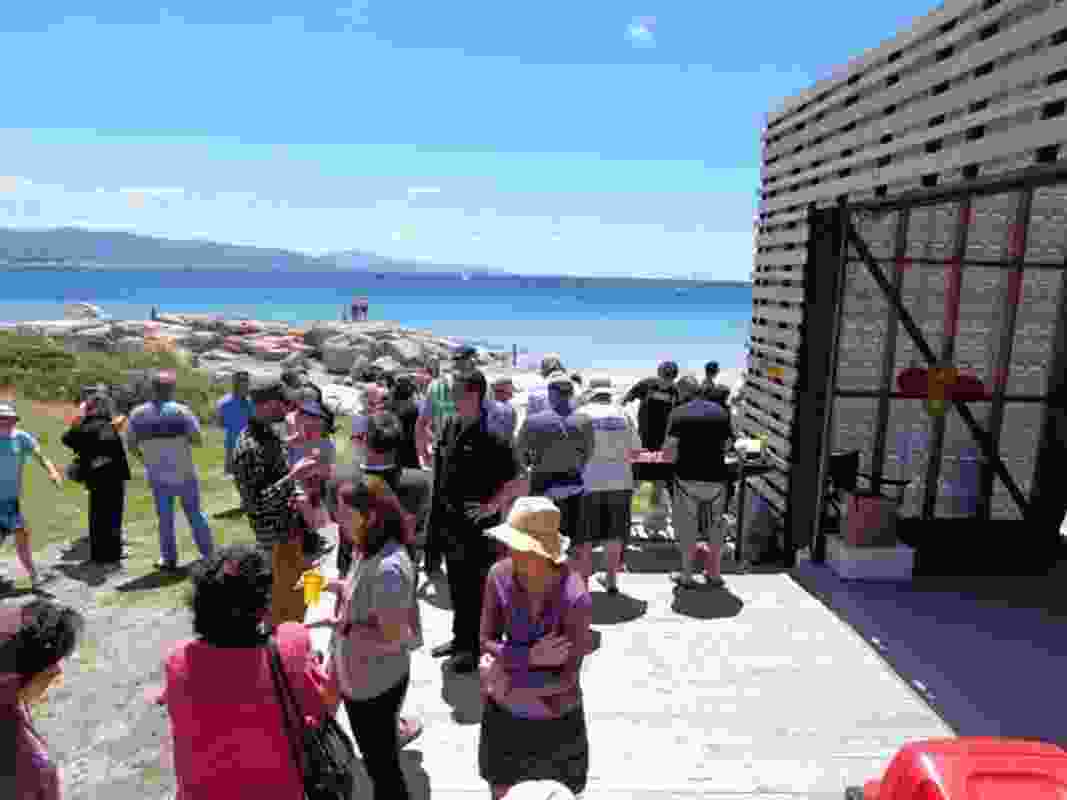 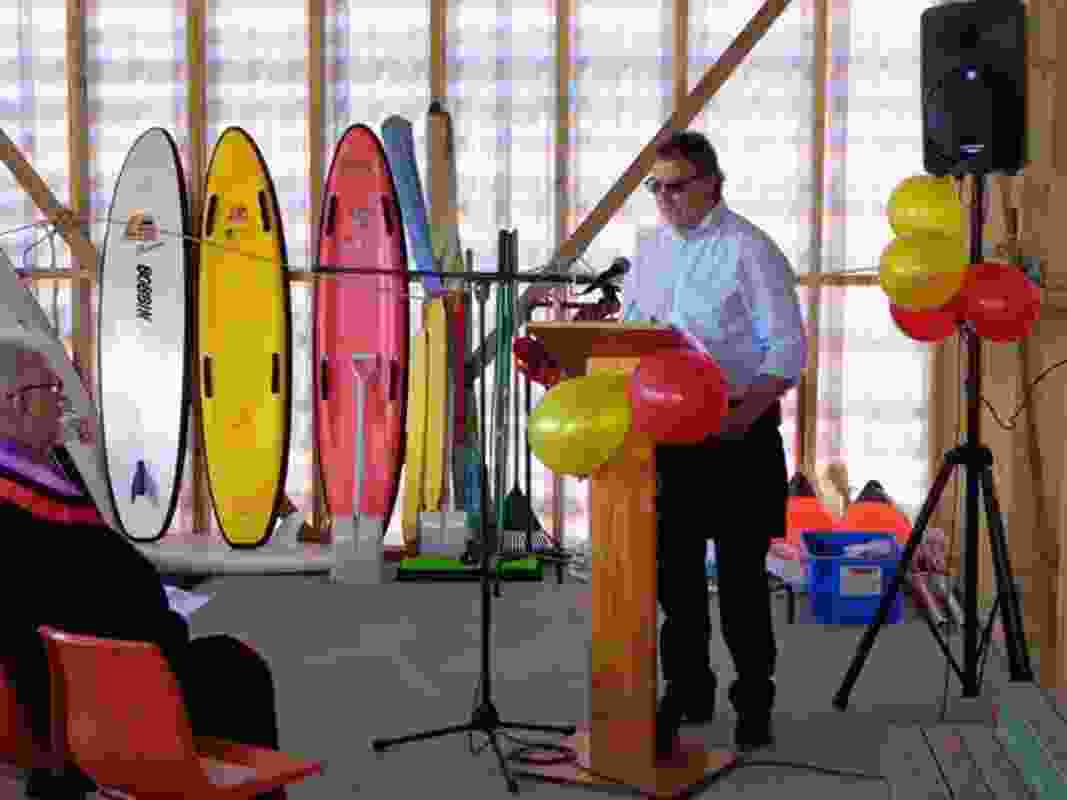 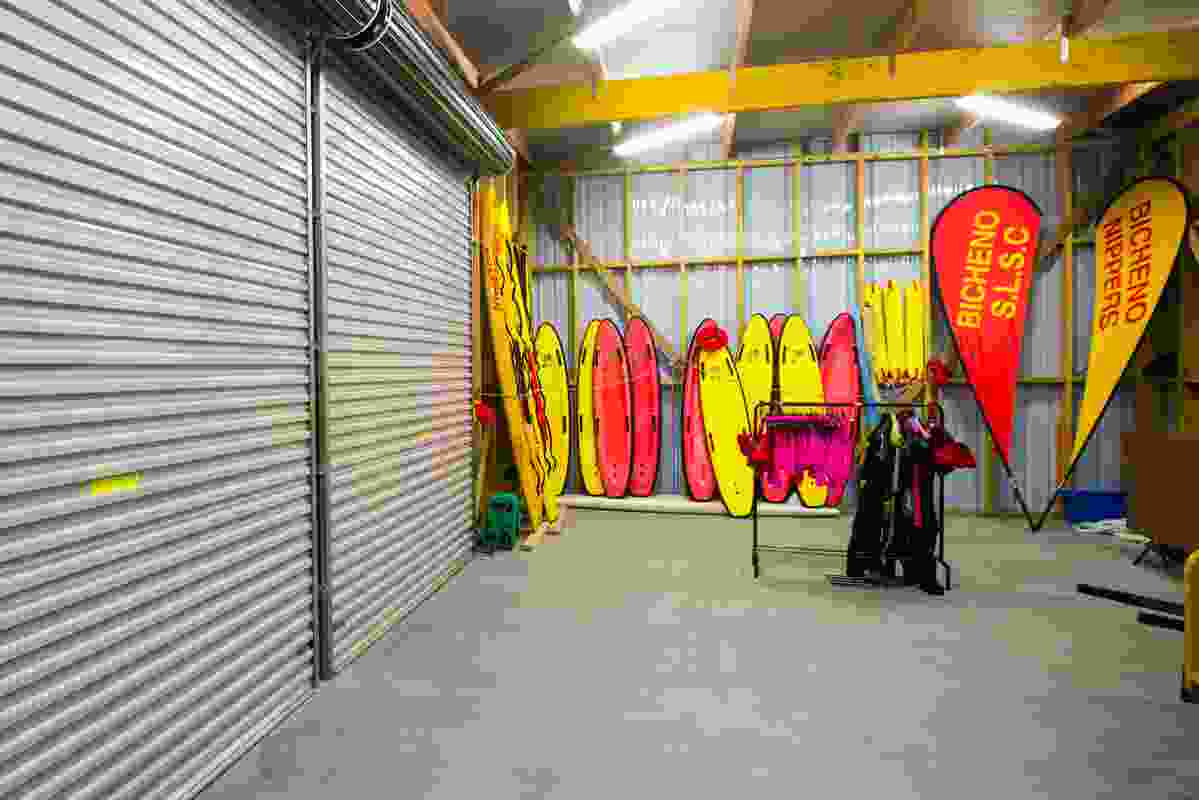 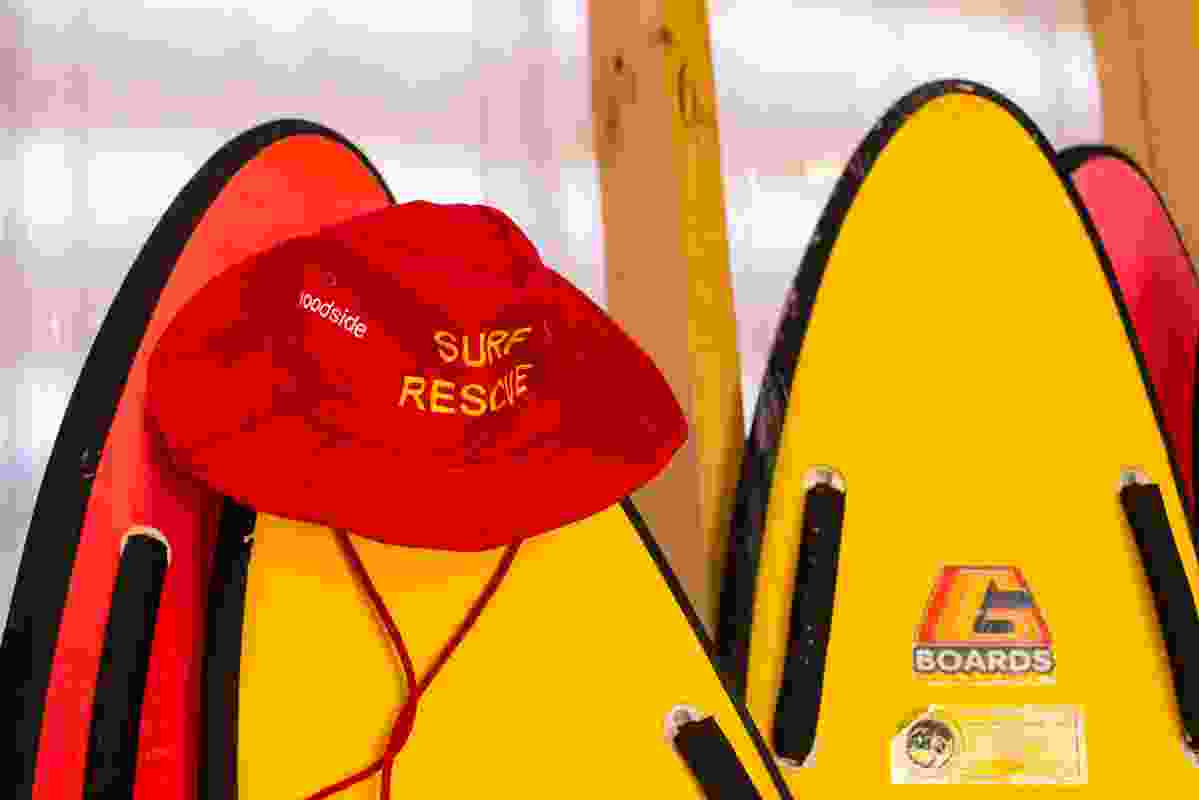