The 2015 Dulux Study Tour makes its first stop at the doughnut-shaped Fuji Kindergarten in Japan by Tezuka Architects.

The 2015 Dulux Study Tour winners on the roof of Tezuka Architects’ Fuji Kindergarten.

The 2015 Dulux Study Tour began with a site visit to the well-loved Fuji Kindergarten by Tokyo practice, Tezuka Architects. Travelling by multiple trains and a local bus, we were slowly introduced to the serene outer Tokyo neighbourhood where the doughnut-shaped kindergarten is located. The contrast with hustle and bustle of downtown Shibuya was further reiterated by an extremely humble introductory video message from the kindergarten’s head teacher as we huddled beneath the low ceiling that loops around the whole building, and parents dropped of their children, who were all quietly awed by this collection of relatively giant Australian visitors.

The head teacher’s video, and our exploration of the building that followed, revealed a space rich with experiences that are tailored to its occupants, their learning and their happiness. Back home, at the office of Andrew Burns Architects, we explored architecture that creates experience. Andrew at one point coined the phrase “Objects of Experience” to generate discussion about buildings that find themselves within a “landscape of ideas” – prioritizing the actions, observations and thoughts of the occupant rather than the laborious resolution of architectural detail. During our tour around the Fuji Kindergarten, and our subsequent visit to the office of Tezuka Architects, I felt immersed within a landscape of ideas and realized that the seemingly incidental (but deliberate) devices of this building are influencing the upbringing of over 500 young children.

The design is a singular object – a slightly oval-shaped doughnut of open plan classrooms, enclosed from outside and connected to each other with large expanses of sliding glass doors. A timber deck forms the whole extent of the roof. Three large trees puncture the building, with nets between the roof deck and their trunks where they shoot up from the classrooms below. A series of operable skylights are littered around the whole expanse of roof, which are also netted so they can remain open. There is no obvious playground except for a single slide down from the roof. “A tree is equally good as a play equipment … for climbing and hanging” says the head teacher over a video showing children climbing all over the branches, all of a sudden accessible to them due to the higher level of the roof. From there, the potential for running and jumping all over this building is clearly evident. Every one of us on the Dulux Study Tour climbed up a tree branch or two, and we all found joy in peering up and down through the nets. The building imbues a childish euphoria that we all felt.

Further insight into Fuji Kindergarten’s ‘landscape of ideas’ can be found in some of the simple oddities of the building. Instead of a perfectly manicured grassed centre, the courtyard is deliberately uneven underfoot. “Running around on the exaggerated topography helps to generate a better sense of stability and resilience for the kids,” the head teacher explained. The outdoor taps do not have sinks (there is drainage set into the gravel and wooden stumps below) meaning that a tap accidentally left on will be noticeable, and the culprit will return to right their mistake. Markings are provided for slippers to be left at the edge of the door, to teach children the correct and tidy alignment of their slippers when at home or school. The head teacher was pleased to report that he has received complaints from parents of their children criticizing that parent’s own sloppy placement of slippers at home. The most poetic detail of the building is the open rainwater spouts that created a tight curtain of water directed into a bucket, during the rain. Children are encouraged to run their hands under the waterfall to feel the weight and fluidity of heavily running water.

All these features seem to contradict the standard assembly of a building, but they allow the building to become a tool for learning in itself. The school reportedly adopts the Montessori learning methods of doing, feeling, faltering, correcting and doing again. Most obvious from our visit was that ‘play time’ is not isolated from the rest of the learning experience, and children are exposed to the joyful potential of both the built and natural worlds.

It is hard to guess if these ideas have sprung from rigorous research and testing, or just from life observations. On our third and final day in Tokyo, and for our last practice visit, we adorned slippers and entered the model filled studio of Tezuka Architects. Reclining on his chair and chatting with staff as we arrived, Takaharu Tezuka grinned widely and invited us to wander freely among the desks and staff. Others in the office promptly hopped up and eagerly described their projects with whatever models were at hand.

Immediately noticeable were three large and intricate models of doughnut-shaped buildings similar to the kindergarten, which were later described to us in detail: a school that spirals up like an open car park structure, which will grow over time; a locally built school in a remote community (a volunteer project for the office); and another oval kindergarten with roof deck. Tezuka spoke of this second oval kindergarten through its potentials for experience: “This is in the north of Japan [where] it is cold… [The client] wanted more sun, so we inclined the roof surface to south … a slight inclination changes everything.”

The inclined roof deck was first championed by their famous Roof House, built in 2000. Tezuka admitted they do a lot of projects, and he likes to say yes to new work all the time. It is easy to see how their body of work has evolved into an understanding of joyful typologies and ways of enriching otherwise simple experiences. Their collaboration with the head teacher of the Fuji Kindergarten generated a building rich with experience for all ages, and brimming with a sense of happiness.

The 2015 Dulux Study Tour visits Tokyo, London and Paris. Follow the tour on the blog here and via the #2015DuluxStudyTour hastag on Instagram here. 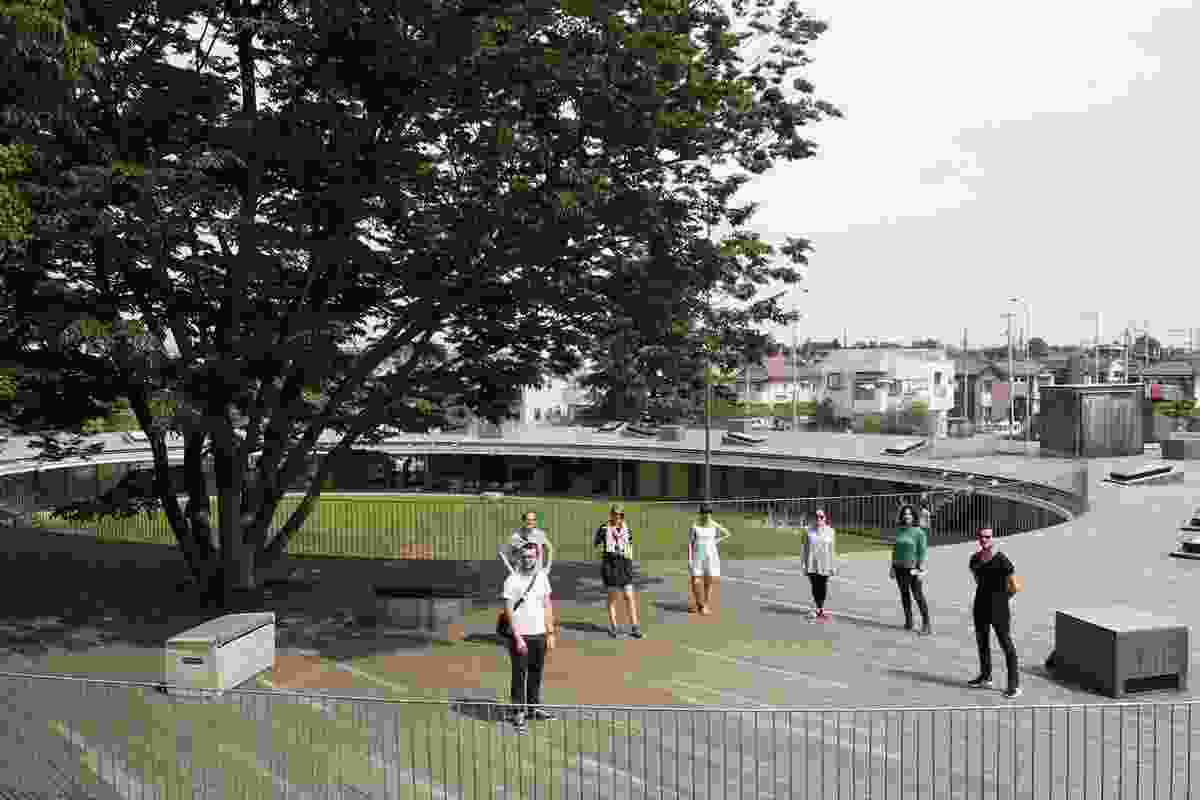 The 2015 Dulux Study Tour winners on the roof of Tezuka Architects’ Fuji Kindergarten. 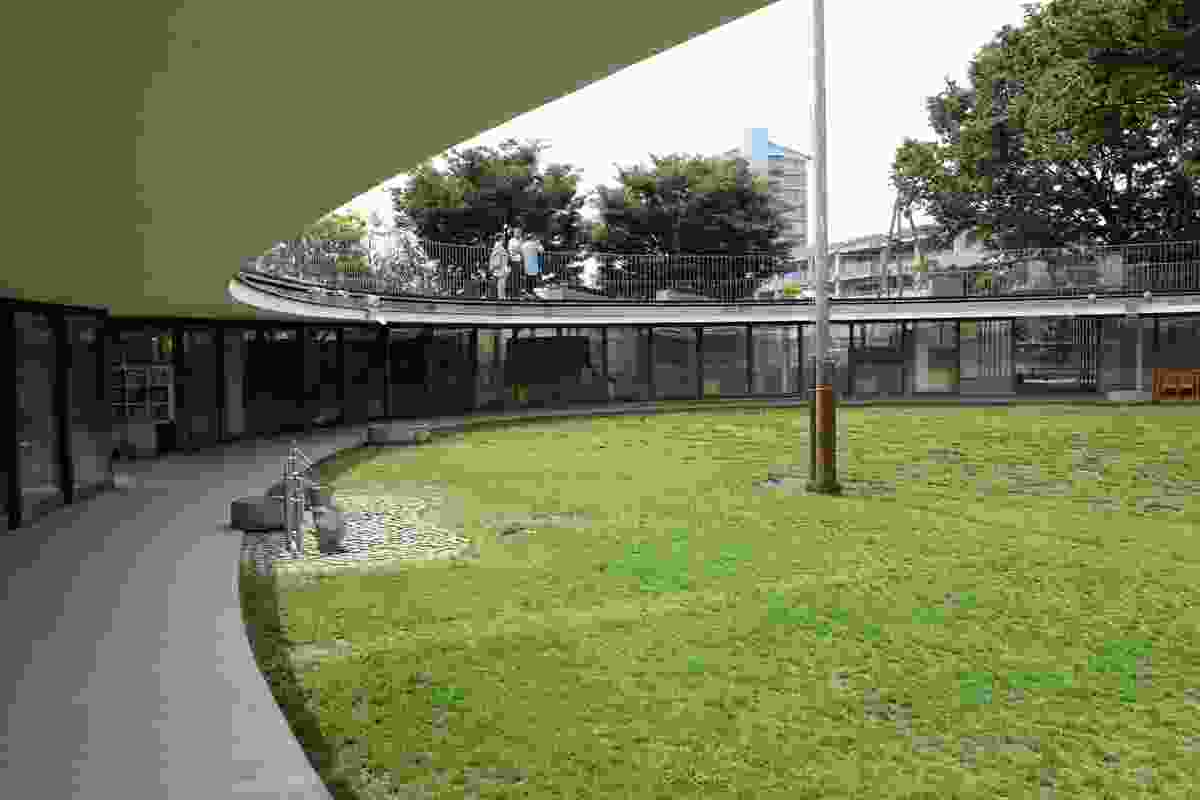 The design of the Fuji Kindergarten is a singular object - a slightly oval shaped doughnut of open plan classrooms. 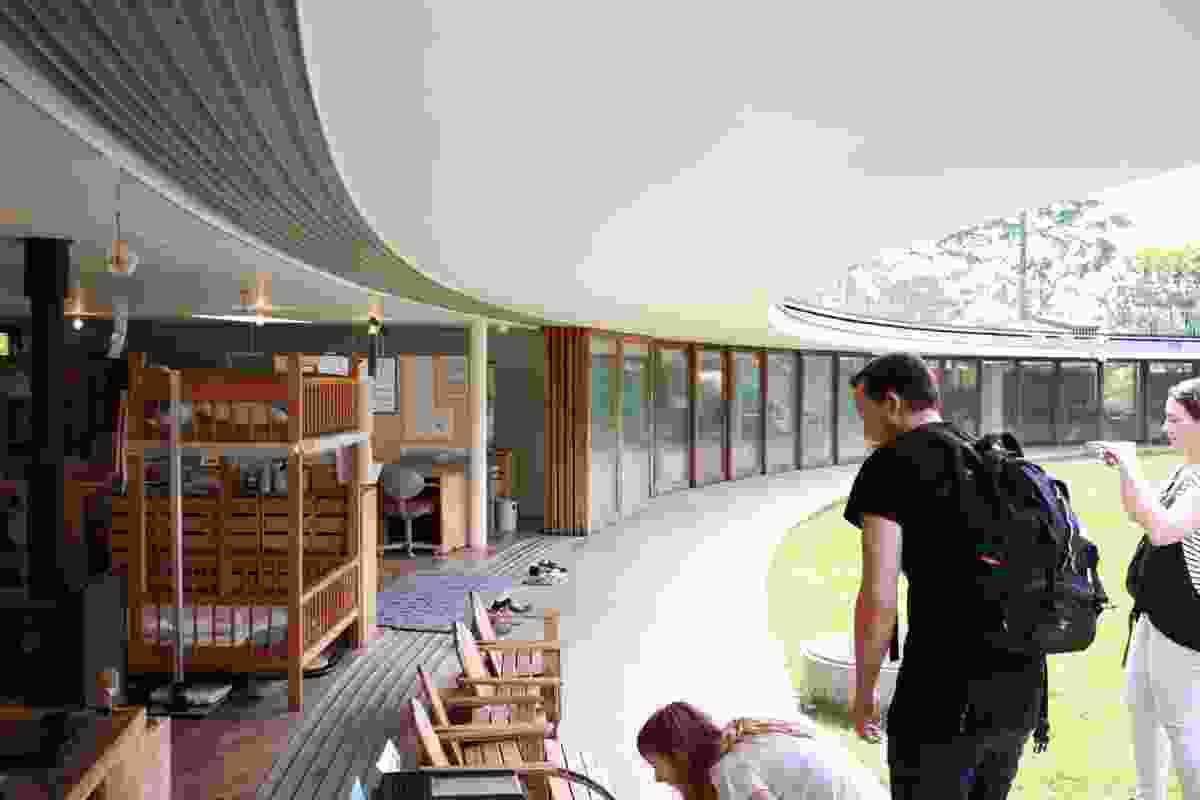 Children are exposed to the joyful potential of both the built and natural worlds. 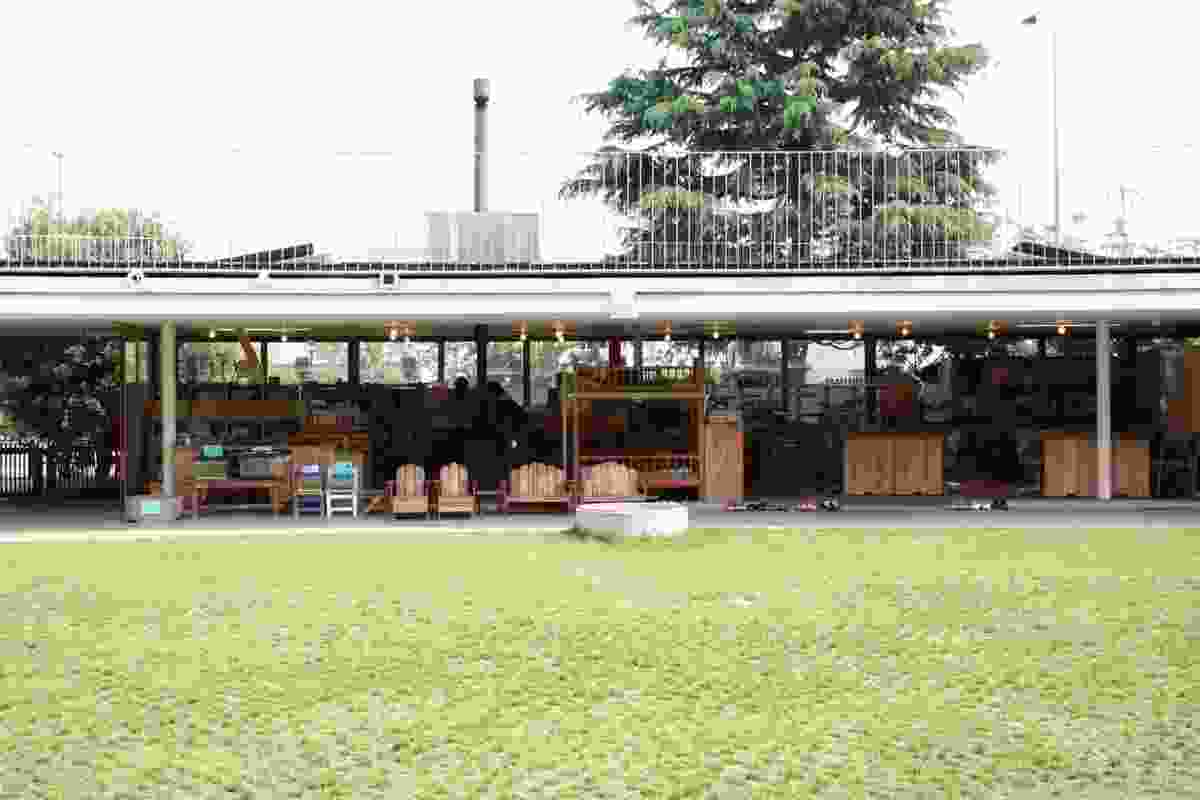 “Running around on the exaggerated topography helps to generate a better sense of stability and resilience for the kids,” reports the head teacher. 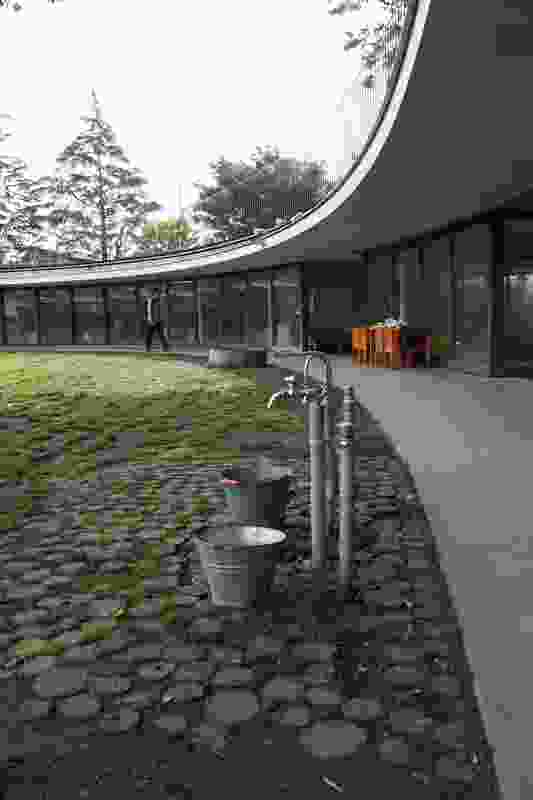 The outdoor taps do not have sinks so if a tap accidentally left on, the culprit will have to return to right their mistake. 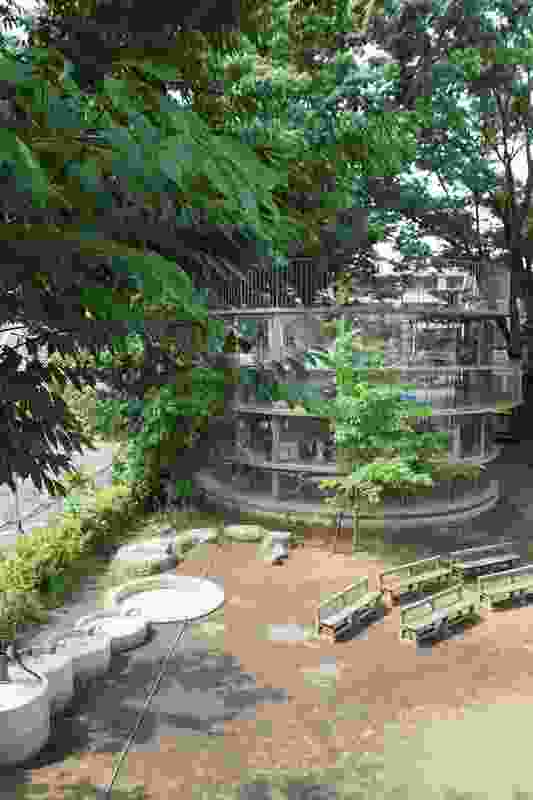 Ring around the tree - a recently added annex for English lessons 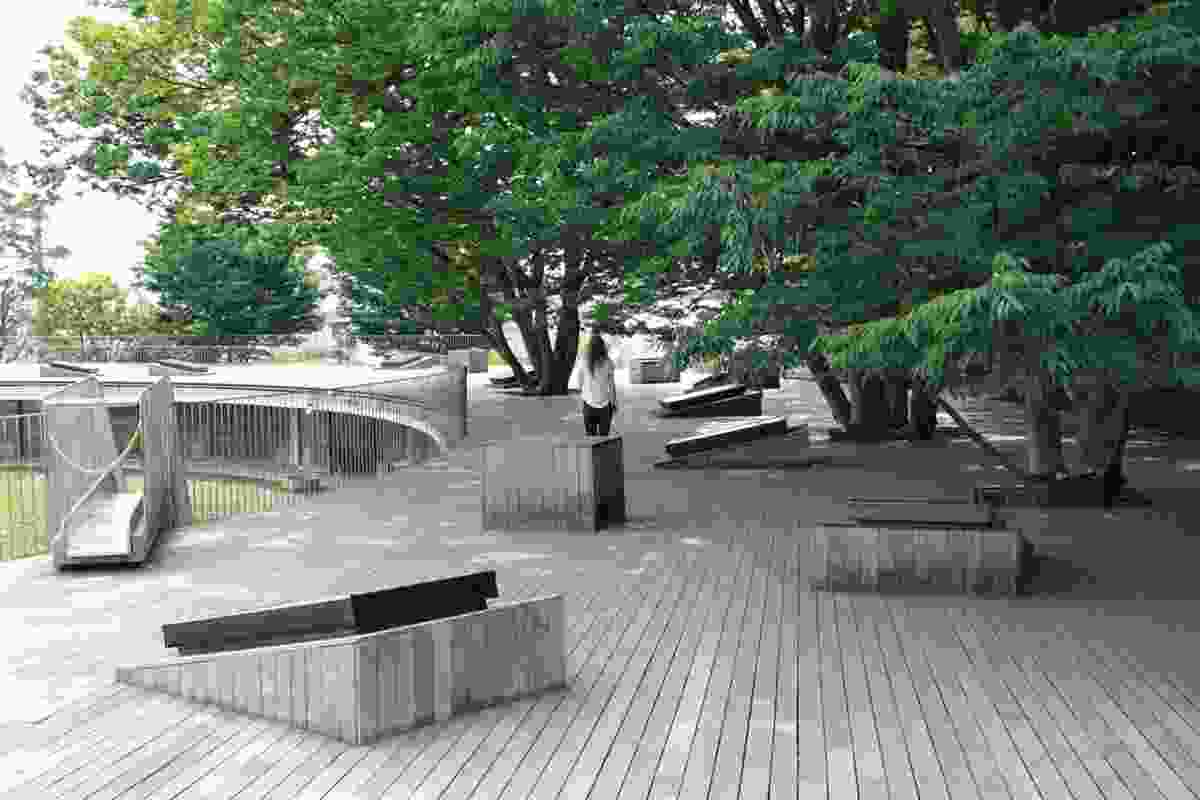 Three large trees puncture the building, with nets between the roof deck and their trunks where they shoot up from the classrooms below. 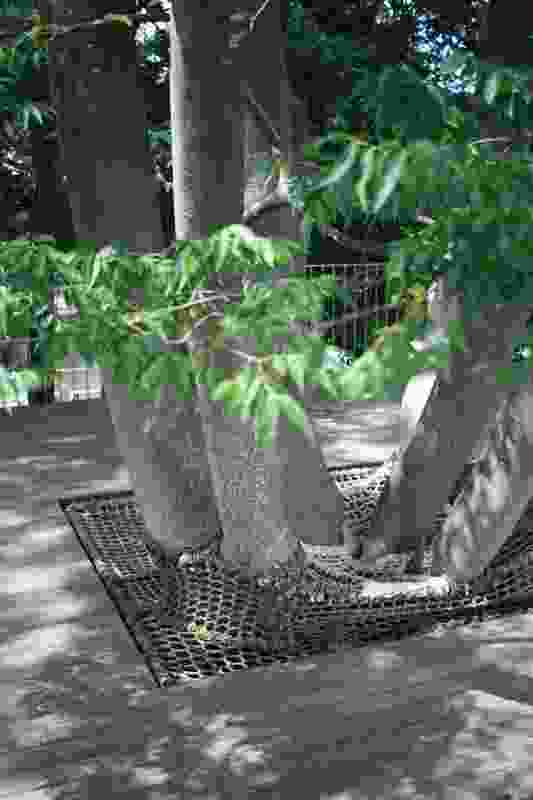 “A tree is equally good as a play equipment … for climbing and hanging,” the head teacher said. 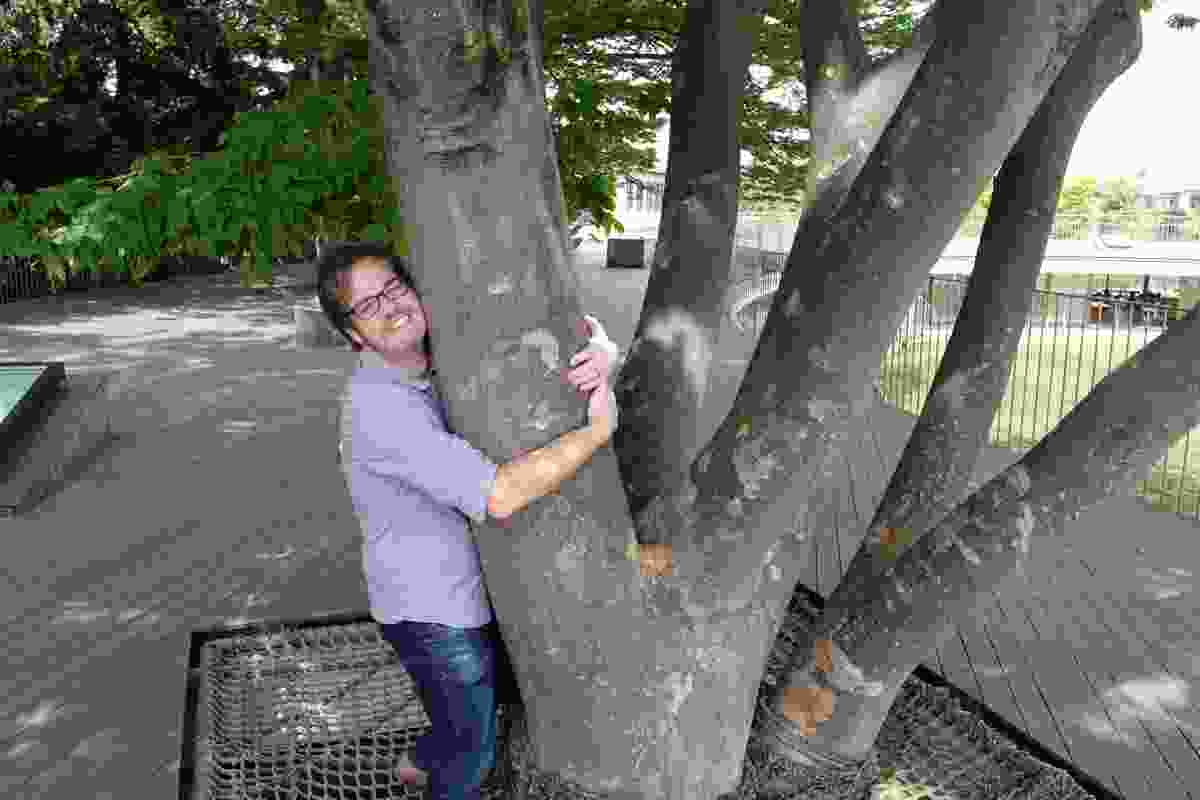 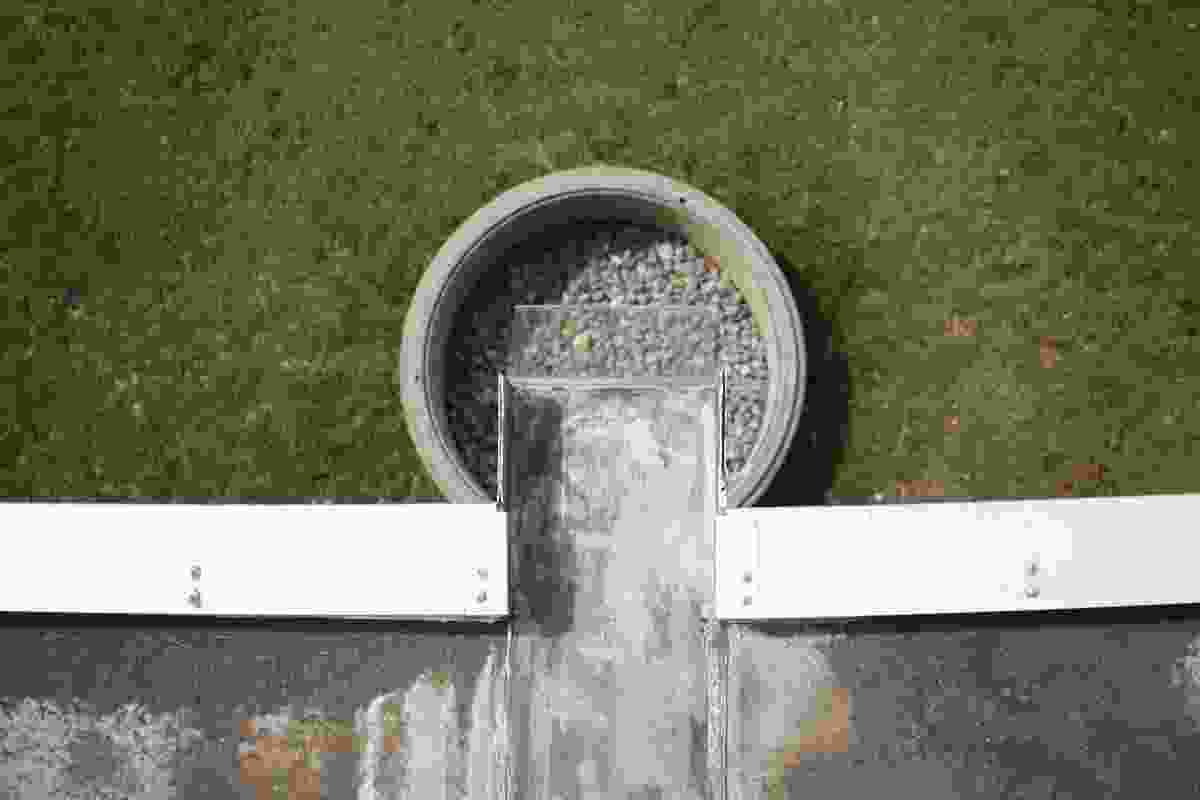 The most poetic detail of the building is the open rainwater spouts that created a tight curtain of water directed into a bucket. 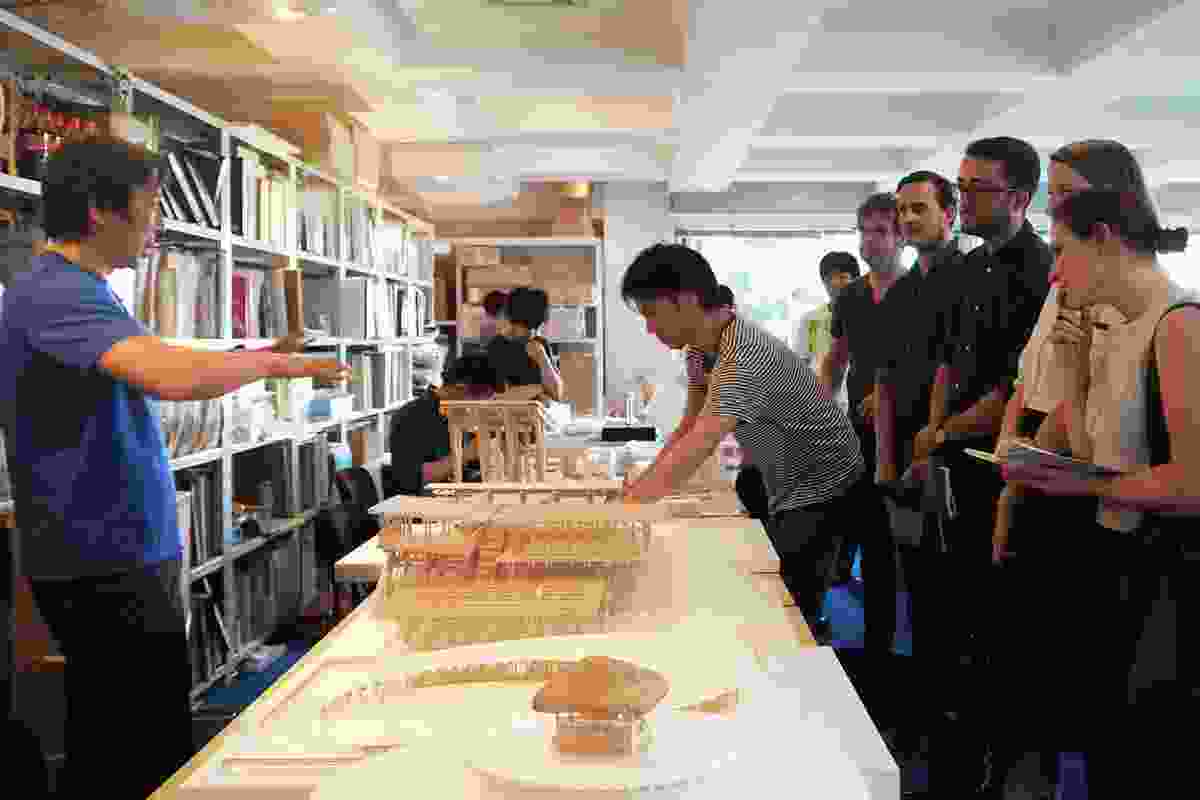 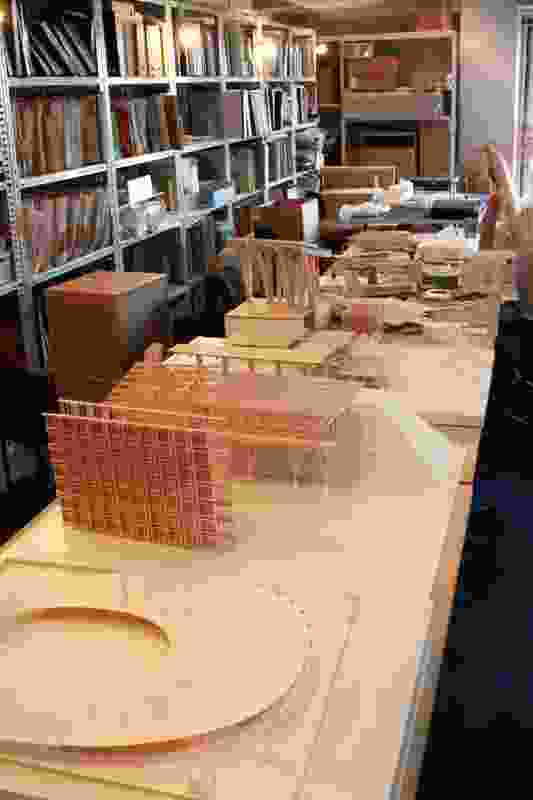 It is easy to see how Tezuka Architects’ body of work has evolved into an understanding of joyful typologies. 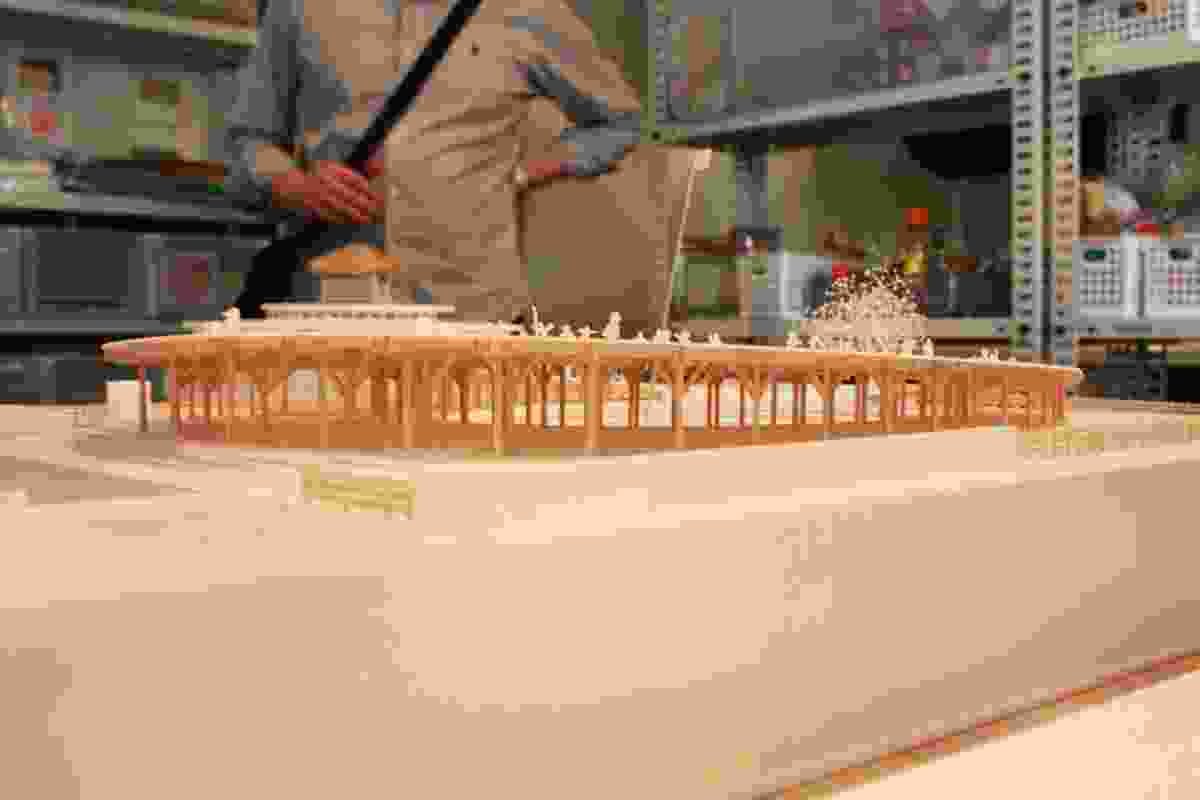 Model of a second oval kindergarten in Tezuka Architects’ studio. Its roof is inclined to the south for solar gain. The “inclination changes everything,” said Tezuka.