The jury was impressed by the contribution the UTS Science Faculty’s Building 7 makes to the university’s Ultimo campus masterplan. It is a lively, architecturally inventive learning and research environment. The architects developed a powerful concept by wrapping the largely rectilinear program of laboratories with undulating and canting building forms that contain circulation and breakout spaces. The combination of natural light from openings in the roof, the organic forms of the walls and balustrades, the reflective surfaces of the mosaic-covered walls and the carefully chosen colour palette provides a delightful array of spaces and experiences. It is a tribute to the architects that the subterranean spaces enlivened by shafts of natural light are just as successful and delightful as the upper levels.

The building’s rippling facades make a strong and forthright contribution to the public domain. By curving and canting the building form, the architects have brought maximum sunlight to the Alumni Green to the south – a major recreational student space for the campus. The building is integrated internally by a wonderfully sinuous and generous stairway connecting levels two through to seven. This stair provides opportunities for interaction and chance encounters between the building’s occupants.

The concertina-like sequence of double layers of offset windows contributes to excellent workspaces for research students and staff. These large unfolding spaces are given a wonderful and appropriate sense of scale and rhythm by the varying widths and colours of the windows, reinforced by pendant light fittings.

An additional layer of delight is added through the architect’s personal touches, such as the large baked enamel mural pivot doors with their clear tributes to Le Corbusier; the Southern Cross clusters of downlights; and the all-green lecture theatre, its ceiling studded with laboratory beaker lights and that splash of pink in one corner. 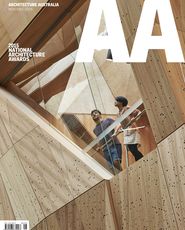 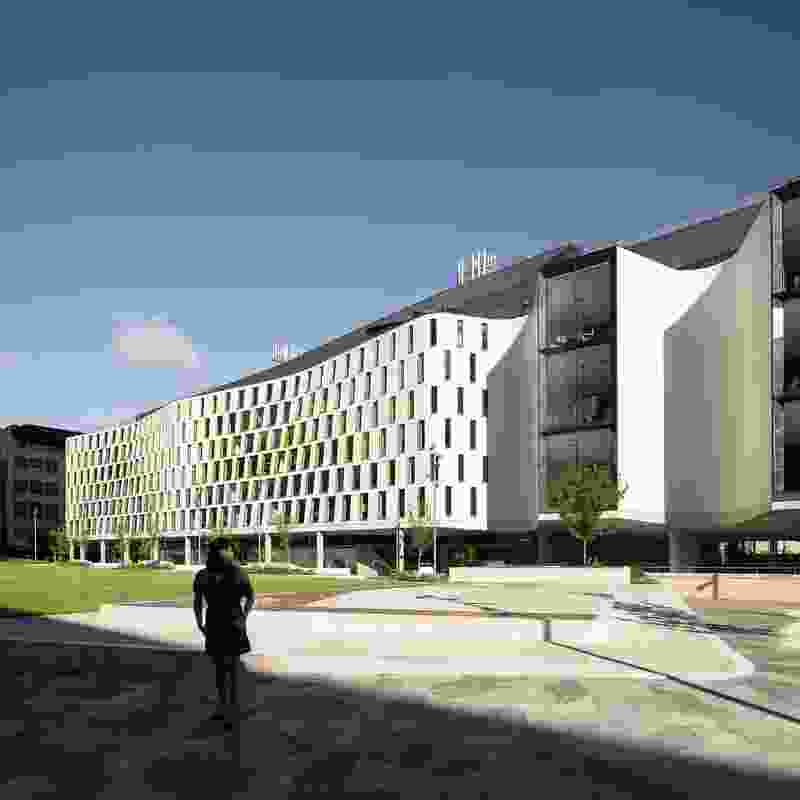 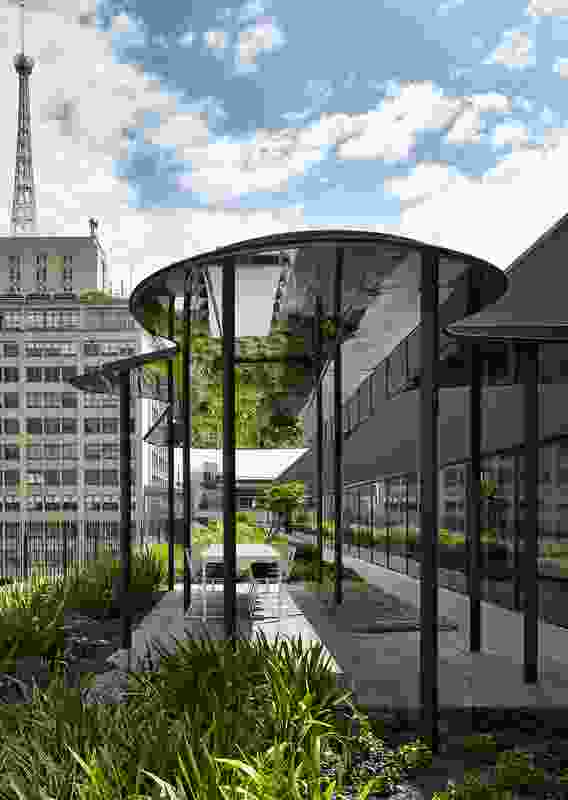 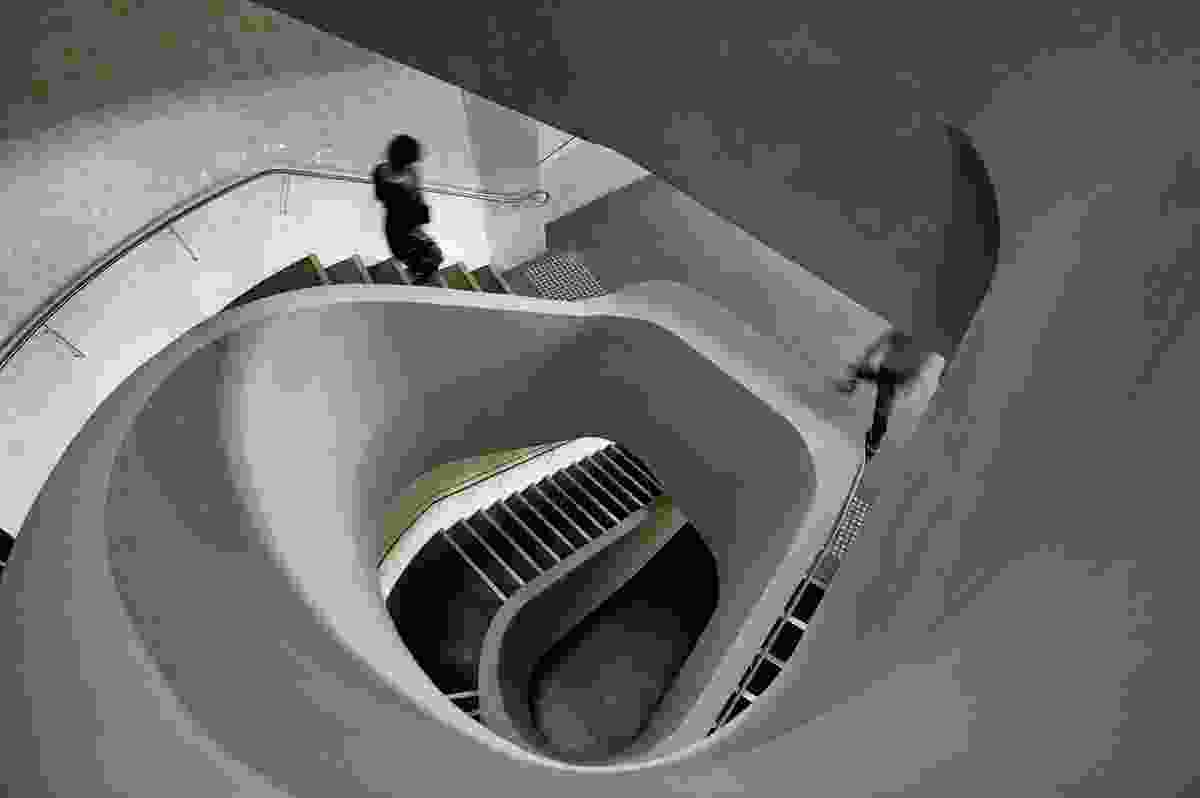