Pink Moon Saloon is a diminutive venue that occupies a former rubbish bin alley sandwiched between two office buildings in a laneway in central Adelaide. The project is simultaneously audaciously ambitious and modest. It successfully manages to make something from nothing – a forgotten space infused with a feeling of joy that the jury found particularly contagious.

While the design undoubtedly pursues a sense of genuine fun, it also taps into that deep Australian memory of long-forgotten cubby houses and sheds. It is here, within this archetypal connotation, where joyful celebration takes place. Pink Moon Saloon has been executed with a razor-sharp eye for detail and the overall design, while being immediately familiar in some uncanny way, manages to both shock and surprise us – in a good way.

Capping off all of this, the project is entirely sustainable – the space it occupies can be returned to its former function at any point in the future, and the Saloon can be relocated to meet a different need. The end result is a bar that fully embraces its actual time and place, which is 2016, and a newly confident Adelaide, respectively.

The brief called for a small bar and kitchen in a disused alley in Adelaide measuring 3.66 metres by 28 metres, with the venue to incorporate a narrative of the outdoors. The concept evolved into an exploration of the typology of the wilderness hut, creating a uniquely immersive experience. Pink Moon Saloon was to be other-worldly, visually rich and fun. Light needed to be able to penetrate the space and a compact floor plan had to efficiently deal with the limited width of the site. The alleyway was broken into layers: the light-filled and airy drinker’s hut and the darker, dimly lit dining hut. The two huts are separated by a courtyard, which allows light into the huts during the day. The sixty-degree roof pitch relieves the tightness associated with a narrow space and accentuates the venue’s height and volume.

Thanks also to our event partners Acqua Panna, Sample and Starward. 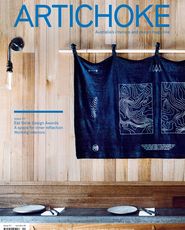 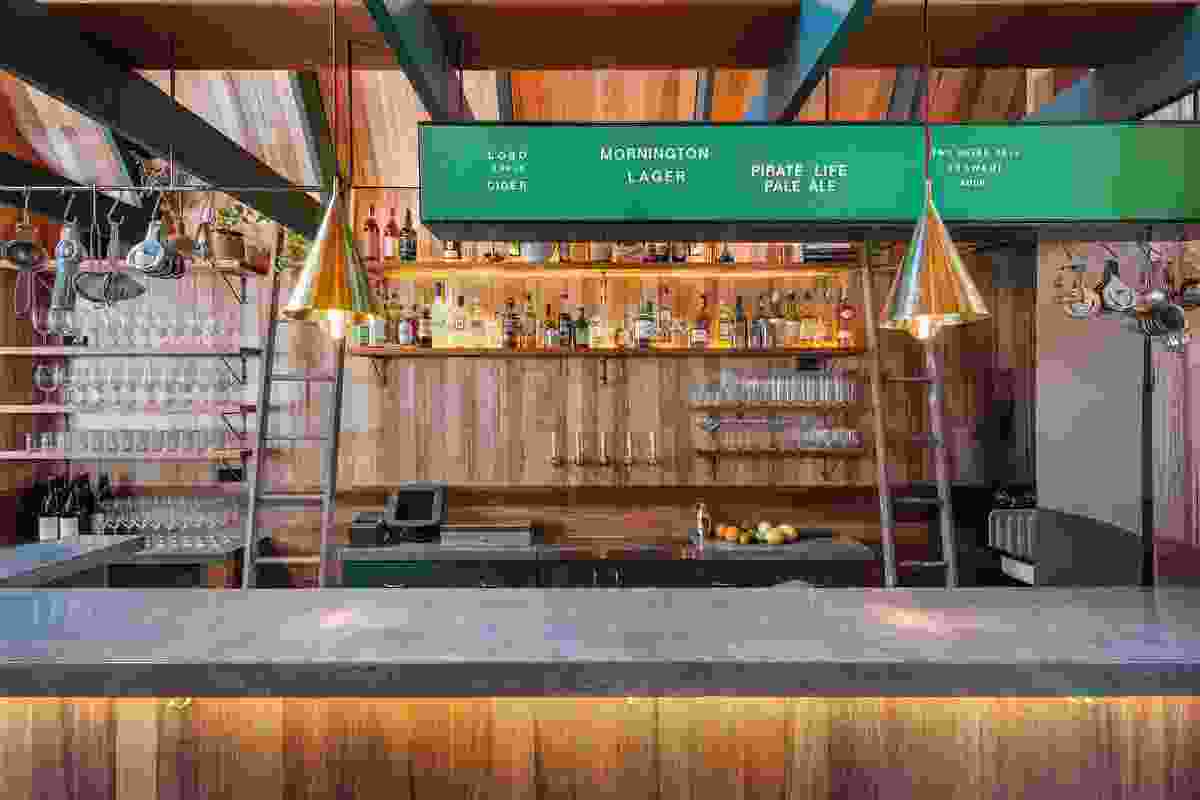 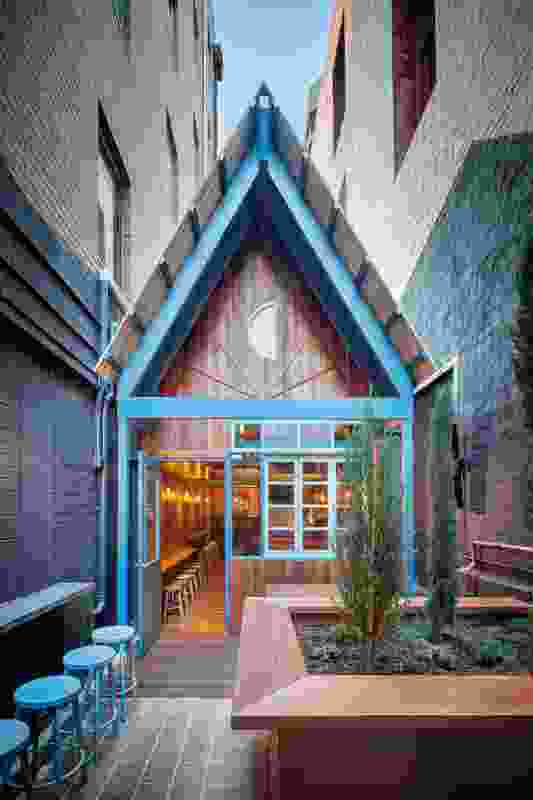 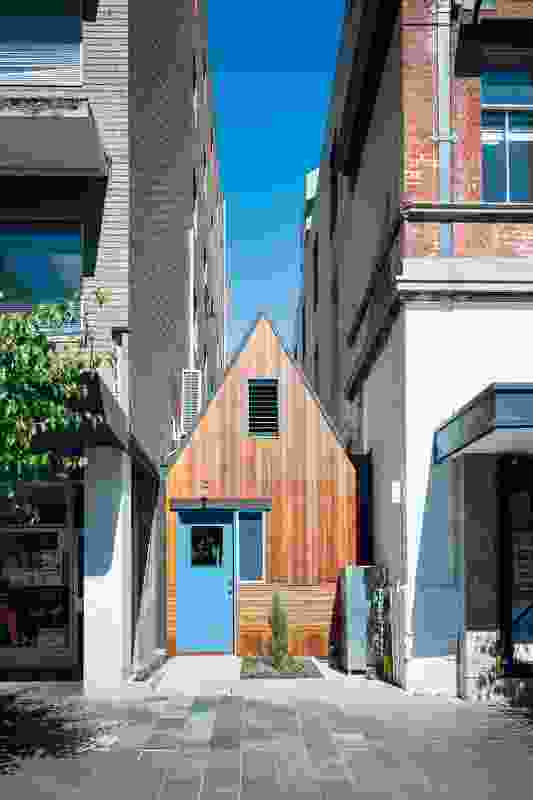 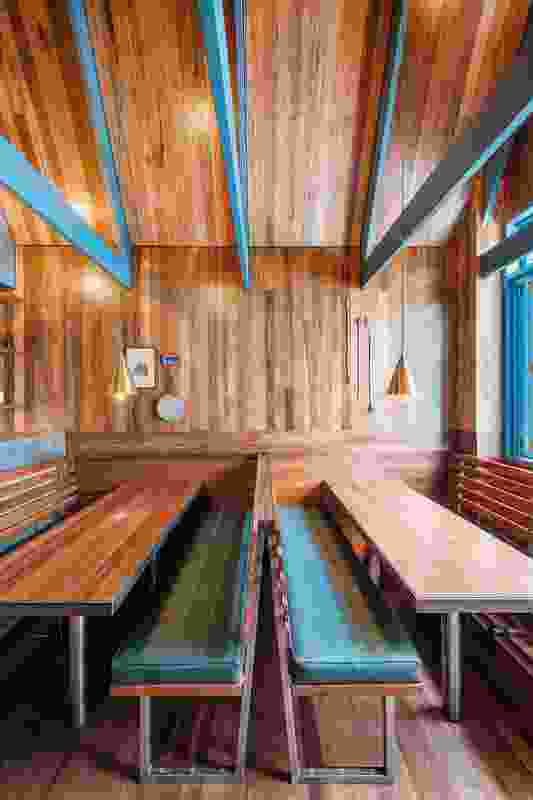 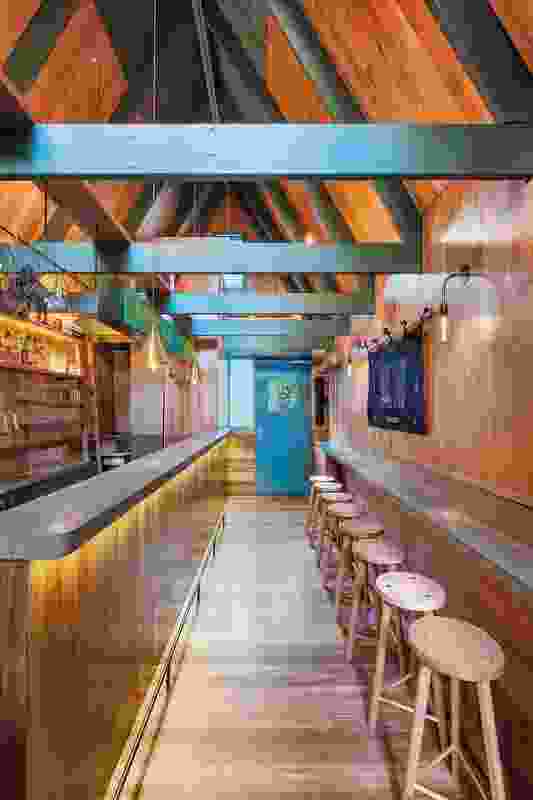