“Cities have the capability of providing something for everybody, only because, and only when, they are created by everybody.”
– Jane Jacobs, urbanist, journalist and activist, in The Death and Life of Great American Cities (1961)

Australia’s population rose to 24 million in February this year and is set to grow by one million every two to three years. Infrastructure, housing and environmental policy need to change to keep pace with this growth, and debates about what ingredients make for liveable cities continue. How research, policy and good design might steer these complex challenges was the focus of the recent Housing Futures symposium held at the Eternity Playhouse in Sydney as part of Architecture Media’s Design Speaks program.

How we might embrace past ideas in order to approach the future was the first of many resonating questions raised by Jo McCafferty, director of UK-based architecture firm Levitt Bernstein. Levitt Bernstein’s architecture, which explores ways of influencing the housing model and addressing broader social needs, is informed by ground-up thinking. Lobbying for housing standards across the UK and raising questions about how to design good quality, high-density homes in an urban context is fundamental to the practice’s operation and underpins the successes it is having within the boroughs of London. Part of that success must be attributable to the practice’s research studio, which is dedicated to learning from each project by remaining connected with the communities that live there long after the project has been completed.

Parallels between housing issues in Australia’s cities and suburbs and those in the boroughs of London centre on an undersupply of affordable housing. In the UK, McCafferty explained, the development of social housing is on the decline and the move out of the city is on the rise. Sound familiar?

Discussing current issues of suburban sprawl in Auckland, architect Christopher Kelly showed two recent Architecture Workshop projects. His 19-house case study for a volume builder became a test lab for investigating the public’s response to small-scale detached dwellings as an alternative to the status quo. Working within a new suburb called Hobsonville, the project is a vital example of the leading role of design research in the development of greenfield sites. Initially told by local property agents that smaller buildings with bigger backyards and more flexible internal planning would never sell, Kelly found that, in fact, a diversity of housing options was key. Opportunities for co-housing and downsizing sparked public interest and set a precedent for challenging the rhetoric set by estate agents.

The essential role of policy in reflecting the needs of the people became the connecting thread across all talks. Melinda Payne, associate to the Government Architect in Western Australia, discussed the work her team has been doing to improve new residential design outcomes as it tackles urban density.

“Design is how it works, not just how it looks,” was the sentiment underlying the development of WA’s Better Places and Spaces policy for the built environment, adopted in 2013. Following heavy campaigning by the Office of the Government Architect, this policy is now the catalyst for the state’s planning reform agenda. Payne discussed the importance of understanding the bureaucratic beast (which is conservative and risk-averse), and how a culture of decision-making is critical to having an impact. Evidence, research and good data have been essential in the office’s conversations with government. Today, the WA state government prioritizes a more consolidated urban form, focusing on good density made possible by good design.

Paradigm shifts in policy and planning regulation are imperative and will open up other housing possibilities, according to Suzanne Benn, Professor of Sustainable Enterprise at UTS.

Such paradigm shifts in policy and planning regulation are imperative and will open up other housing possibilities, according to Suzanne Benn, Professor of Sustainable Enterprise at UTS. Benn lives in Balmain, Sydney, in one of two interconnected workers cottages designed as a co-housing model. The project’s underlying philosophy taps into the sharing economy and the associated environmental and social benefits of community.

Two cottages ­– one occupied by her son (the project’s architect), his partner, their daughter and a dog, and the other by Benn and her partner – have shared spaces and the opportunity for a carer to live-in if the future requires it. The project is both socially and environmentally positive: the shared amenity means they own fewer things individually, and as a grandparent Benn has greater access to two generations of her family. Playing out in small scale here, this approach to co-housing can also be applied to larger developments where groups of households can live together. Through her role at the UTS School of Management, Benn is currently involved in a research project funded by the NSW government that looks at how to apply co-housing principles to aged care.

Exploring a larger scale approach to co-housing, Graham Burrows, director of Melbourne studio Jackson Clements Burrows, discussed the ideas behind the recently completed Turner Building halls of residence at Monash University. Key to the scheme was its community network. Designed for the individual but connected with the wider campus, rooms are compact, with each wing housing areas where students cook together and hang out, plus music rooms on each level. For me the highlight of the project was the interaction played out on the building’s edges and in the ground-floor spaces that are connected both visually and physically to student life.

Architect Stephen Pimbley, founding director of Spark in Singapore, discussed Home Farm, a housing concept that developed from an article about Japan’s ageing population and in response to the changing healthcare needs of older generations. The scheme also addresses Singapore’s shrinking quantity of available farmland: over 90 percent of everything that is eaten in Singapore is imported. Home Farm’s approach is to provide a living scenario for a new kind of community ­– one that is engaged in sustainable, productive gardening, and supported by the latest technology in healthcare. The project has attracted international interest and is currently being designed for a Malaysian client who can see the huge benefits this thinking offers. It is another good example of ground-up thinking and the exciting opportunities for architects who don’t wait for a client to put pen to paper.

“It’s not modern, it’s not contemporary, it’s kind of nothing,” remarked Jean-Christophe Masson, founding director Harmonic + Masson and Associés, when describing the uniform buildings spreading across the world’s cities. The challenge for Paris, he said, is how to keep the diversity – the mix of people and buildings – that provide the city’s cultural richness. The current Mayor of Paris, Anne Hidalgo, is looking for new ways to do this through architecture.

Having won two social housing competitions initiated by the City of Paris, Masson and his firm took the opportunity to begin with public space and look at how to connect new housing to it. The Home building (designed with Comte Vollenweider) is designed to be customized by each resident, embracing different cultures and connecting people by offering shared podium spaces for cooking and socializing. The project represents an important political approach that, for Masson, is about looking to the past but reinventing it to create a model based on individual identity, ownership and differentiation. His approach to urban density is to design apartments with various and differing typologies within a collective housing scheme.

Building a case against super highrise living in Australia, Kerry Clare of Clare Design lamented a lack of research and information about highrise housing. A design reviewer, teacher and practitioner who was recently in Singapore, China and Malaysia on a research tour, Clare has become increasingly concerned that highrise is considered to be the only solution to housing a growing population, and that the industry is so fractured by the forces of finance, politics, regulation and design, that advances take too long to be realized. In London and Paris, for example, density and amenity come from buildings that are four to six storeys, in which each apartment has a relationship with its neighbours and the street, and streets keep their sunshine. Research also shows that highrise buildings reduce the chance encounters that are crucial to the liveliness of a city, and Clare argued that we need to test multi-variable models because it is imperative that housing responds to human needs.

“To nurture an ecology, you can’t begin by planting a monoculture,” says Marcus Westbury in his book Creating Cities. It is a sentiment that flowed from all the speakers at Housing Futures, whose insights, research and inspiring projects collectively questioned the status quo. We have the makings of a blueprint for well-designed, vibrant and diverse cities that foster community and culture to reflect the needs of everybody. Now, we urgently need governments across Australia – and beyond – to get with the program. 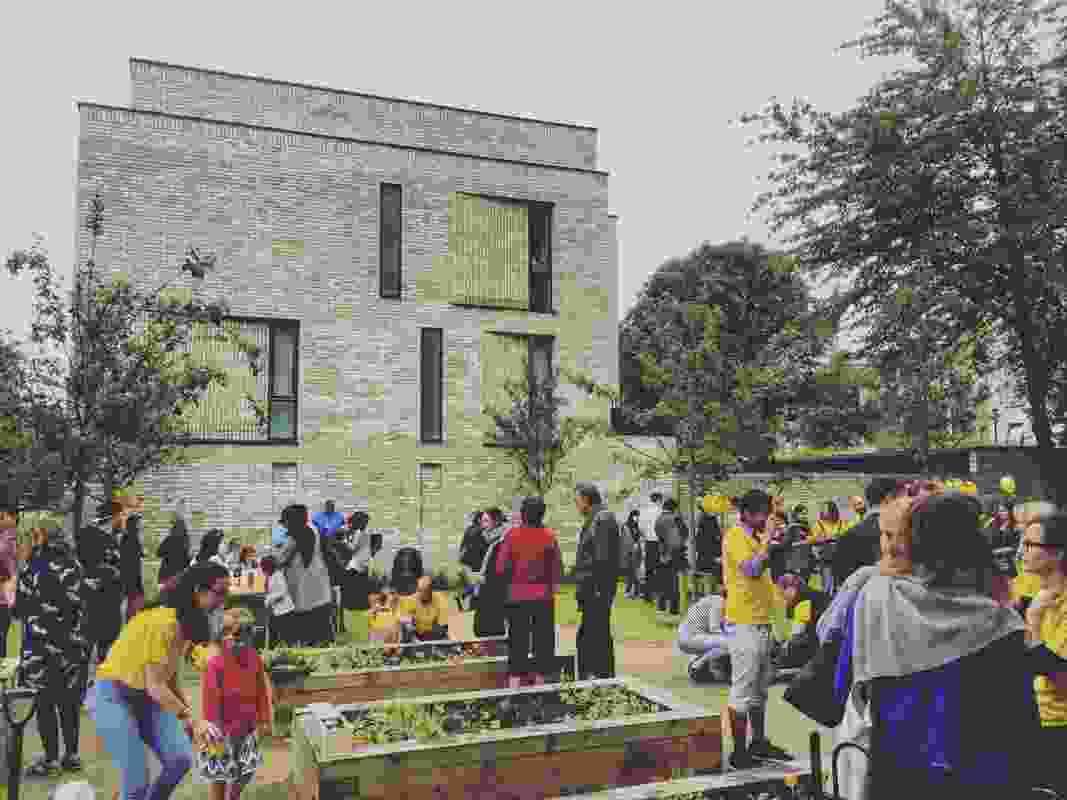 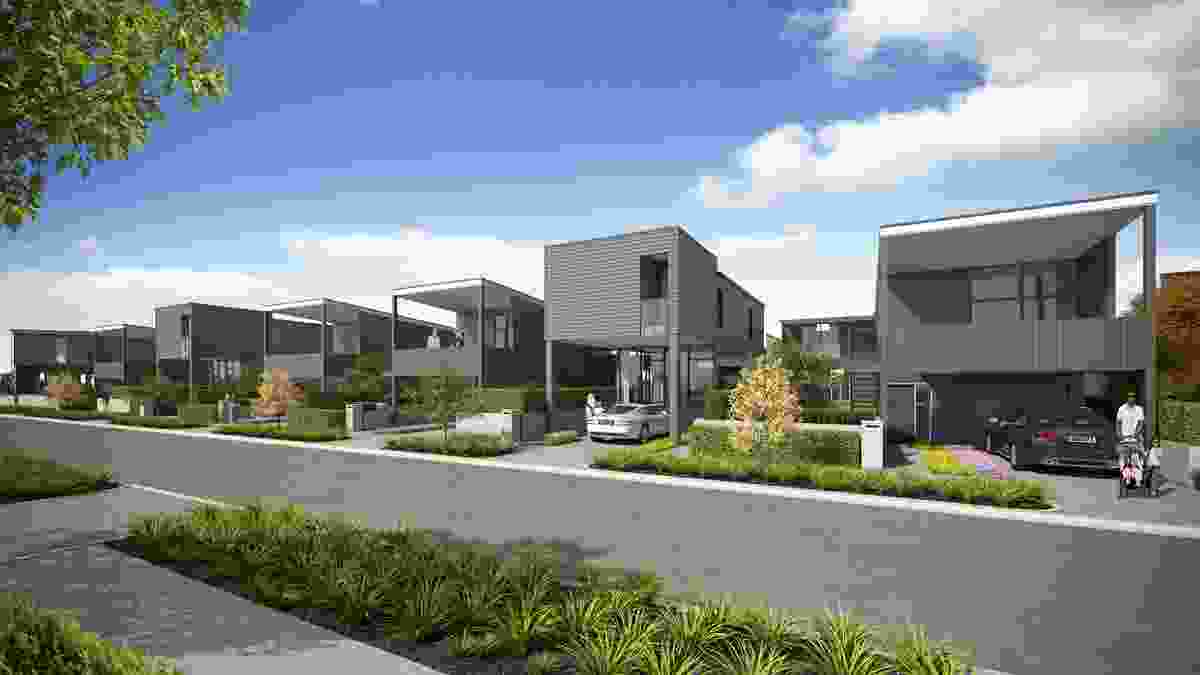 A series of two-storey townhouses, designed by Architecture Workshop for builder Universal Homes as a model for increased density in the new suburb of Hobsonville, Auckland. 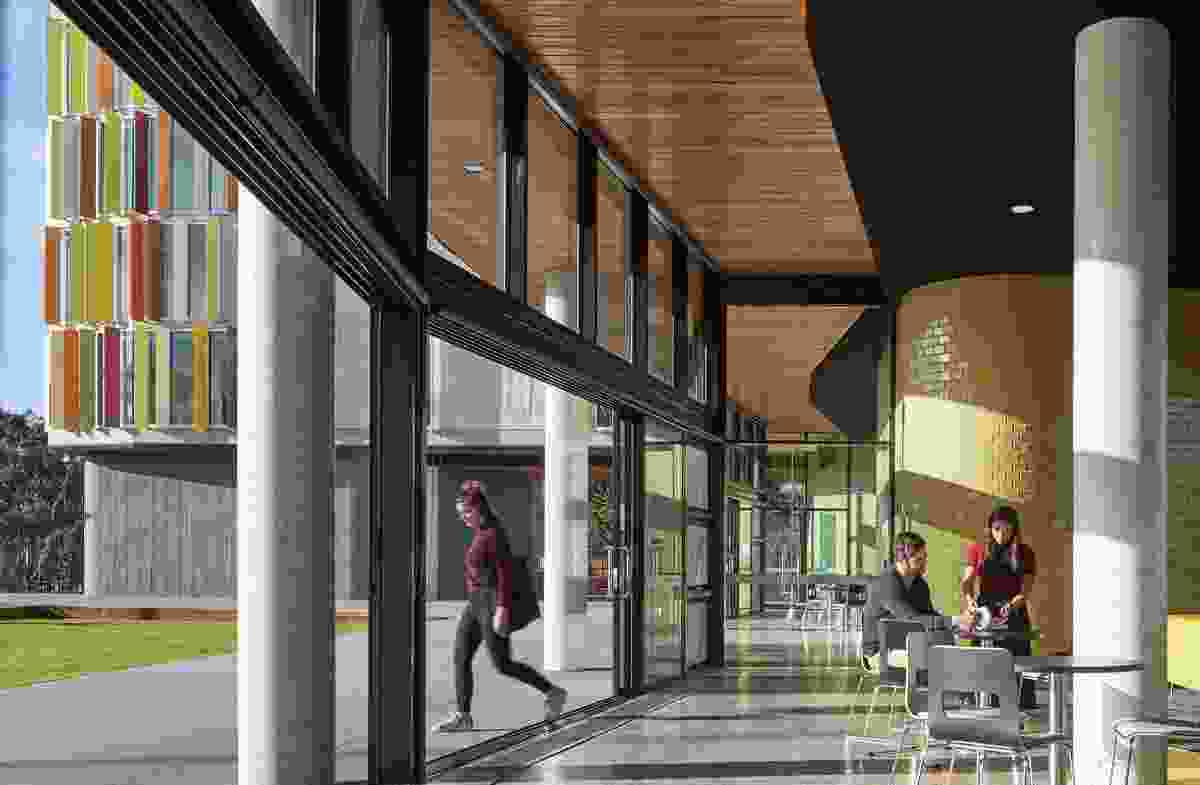 The ground floor area of the Turner Building at Monash University by Jackson Clements Burrows Architects has a connection, both visually and physically, to student life. 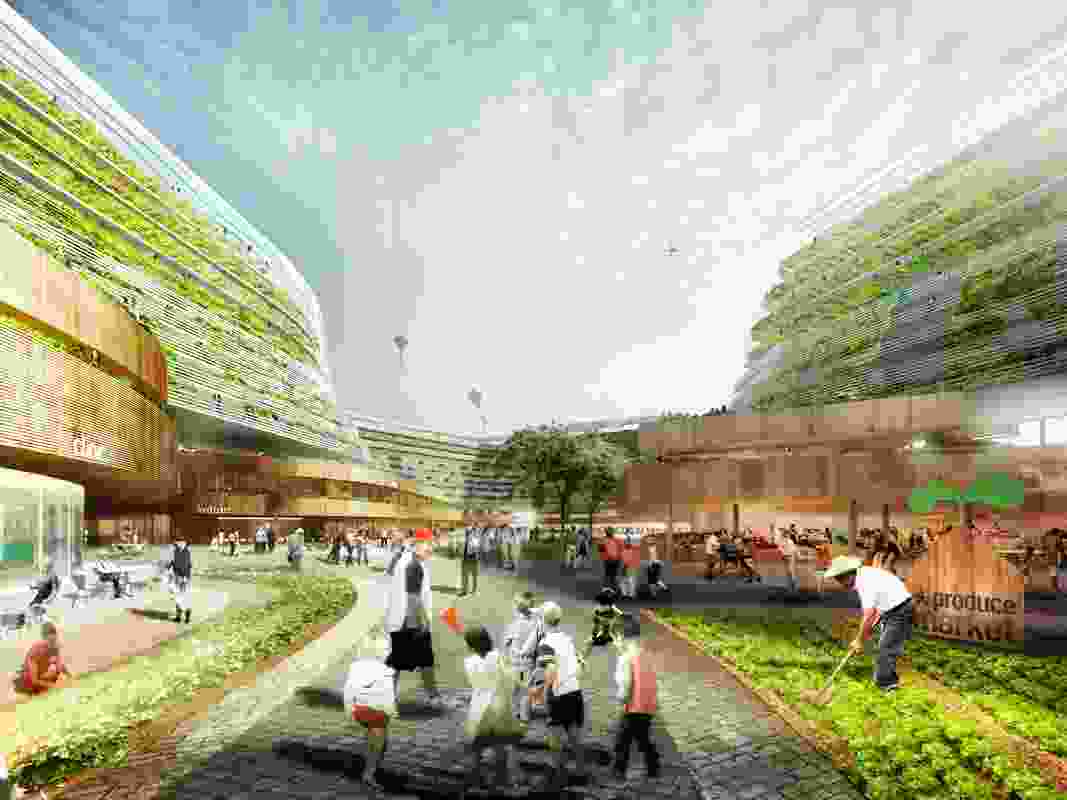 Home Farm, a concept by Singapore-based Spark Architects, is a speculative housing model that combines retirement living with commercial farming. 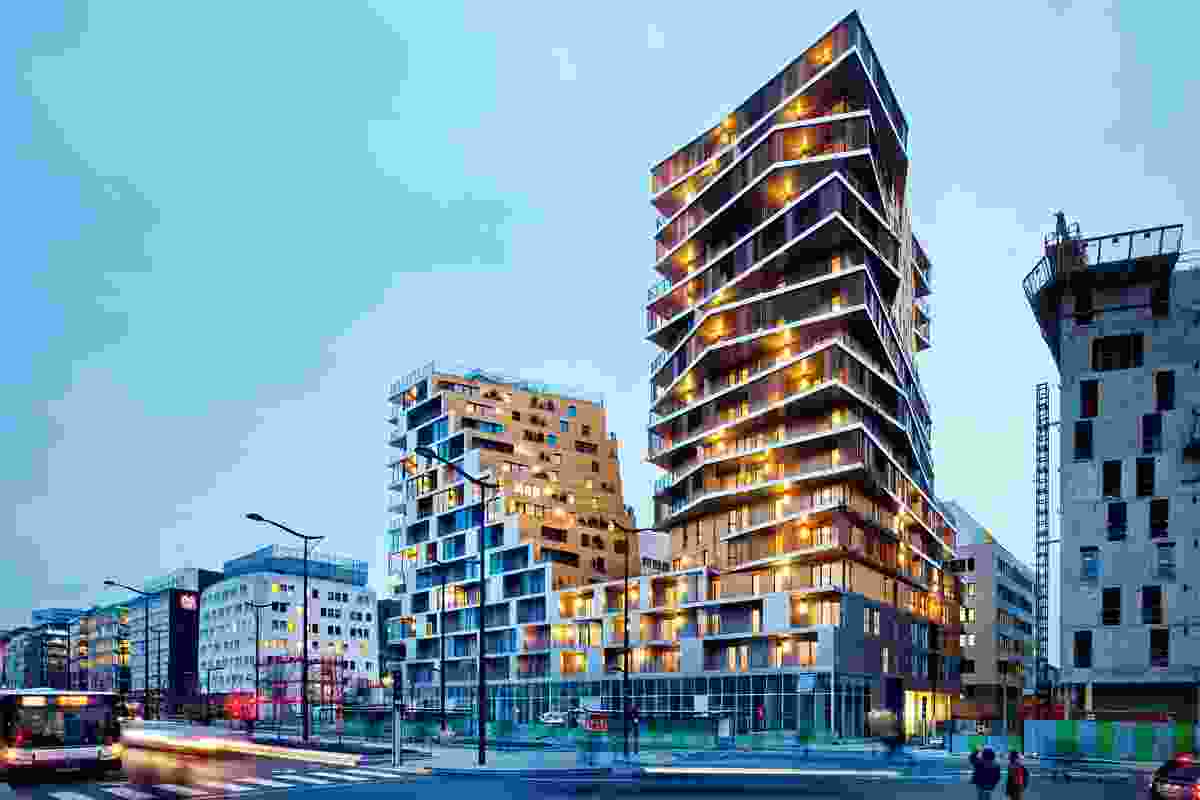 Home, a project in Paris by Hamonic + Masson & Associés with Comte Vollenweider, is based around a concept of different housing typologies within one building. 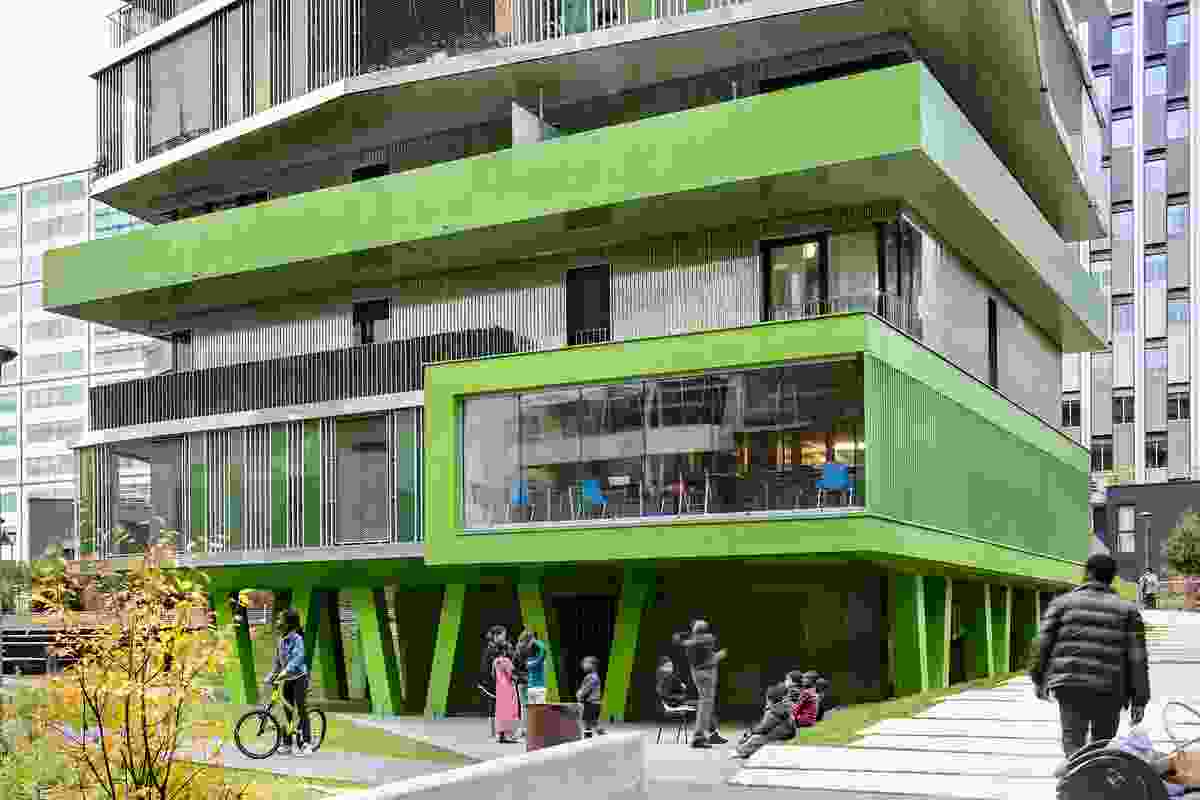 Hamonic + Masson & Associés’ Villiot-Rapée is a social housing scheme that explores how residents might be given a sense of individual ownership within collective housing. 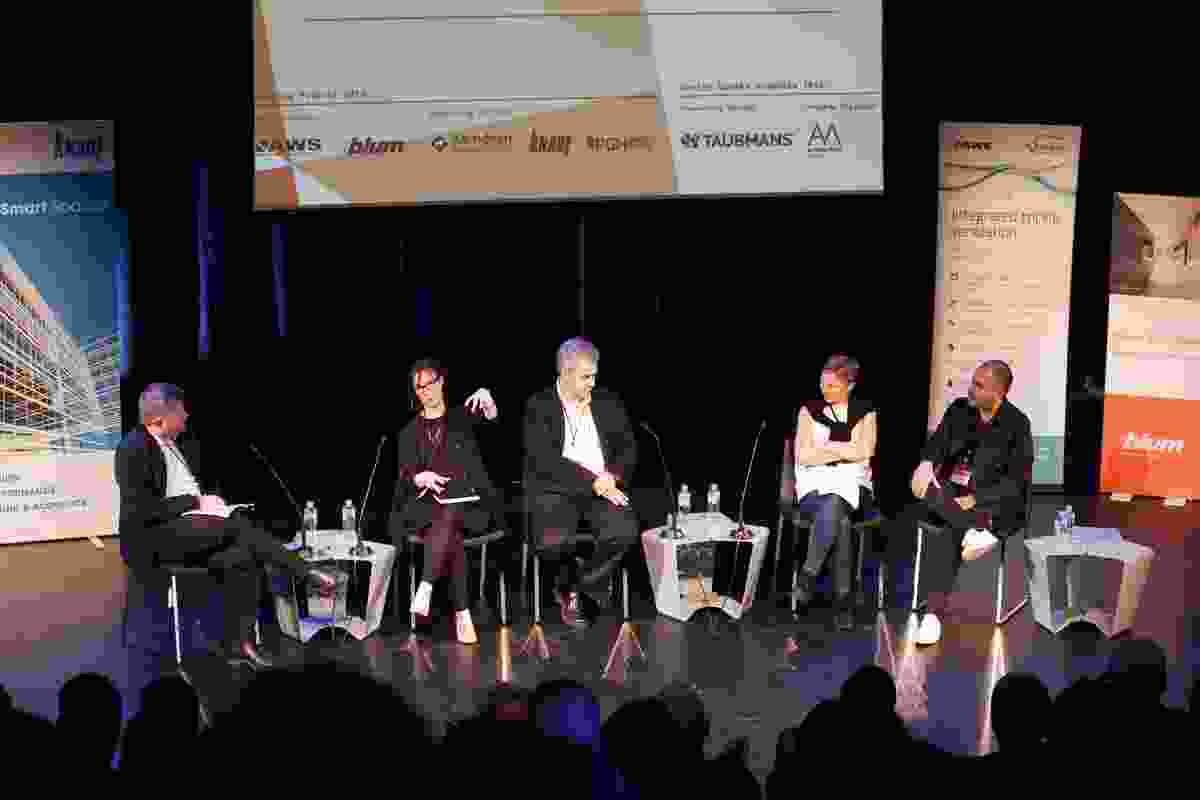 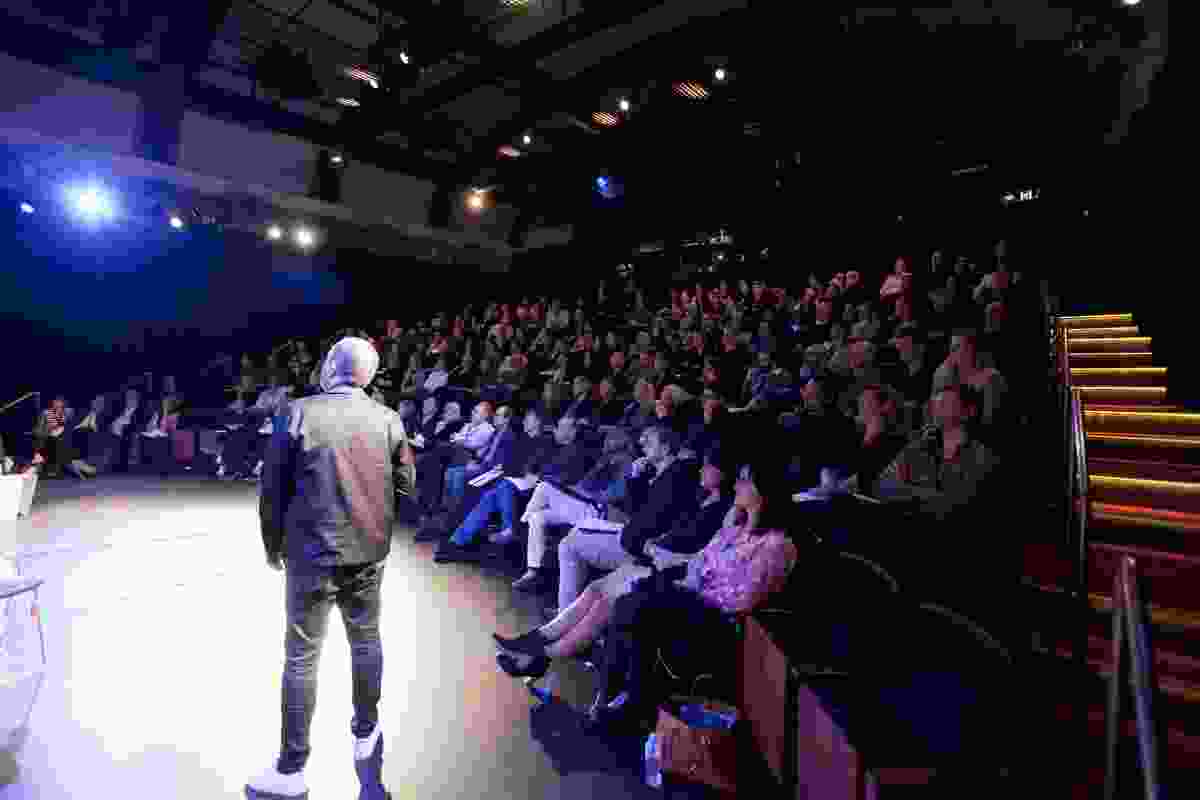