A mobile wine bar that pops up on public land in Canberra, the Pop Inn is an excellent expression of all the jury hoped to see in this category. We are impressed by the idea, the execution and the attention to detail, especially on such a small budget. The cube as a whole is a considered architectural statement that unfolds to reveal a welcoming, surprising and practical space, bringing form and texture to an essentially simple and transportable structure. The front steps add formality and a sense of occasion while also contributing to the friendly and open feel as they double as seating zones. The LED lighting and perforated metal skin are examples of pleasing detailing, while the substantial fridges and good glassware suggest serious intent. Overall, Pop Inn honours both wine and its drinkers in a novel, nimble setting.

The Pop Inn is a Canberran mobile wine bar that appears within picturesque ACT locations, allowing wine lovers to enjoy the beauty of Canberra in a new urban room. This itinerant urban room becomes a stage that allows the customer to participate in the performance of the staff. Throughout the ACT, particularly within the Parliamentary Triangle, there is a plethora of underutilized public land encompassing vistas, parks and unique interstitial spaces. Realizing Griffin’s plan has created a city of monuments, with vast amounts of green infill between. These everyday spaces and vantage points are appropriated by the Pop Inn, albeit for a temporary purpose, allowing Canberrans to pause and enjoy the unique experience created by our planning heritage. This is placemaking in its simplest guise. To allow Pop Inn to be used in multiple locations, a flexible and versatile aesthetic was established for the bar. A dark, minimal palette of materials with subtle textures and clean lines was applied externally. Juxtaposed internally, timber panelling and LED strip fittings create a sense of warmth and light to help guide the public to the urban room. 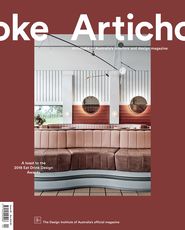 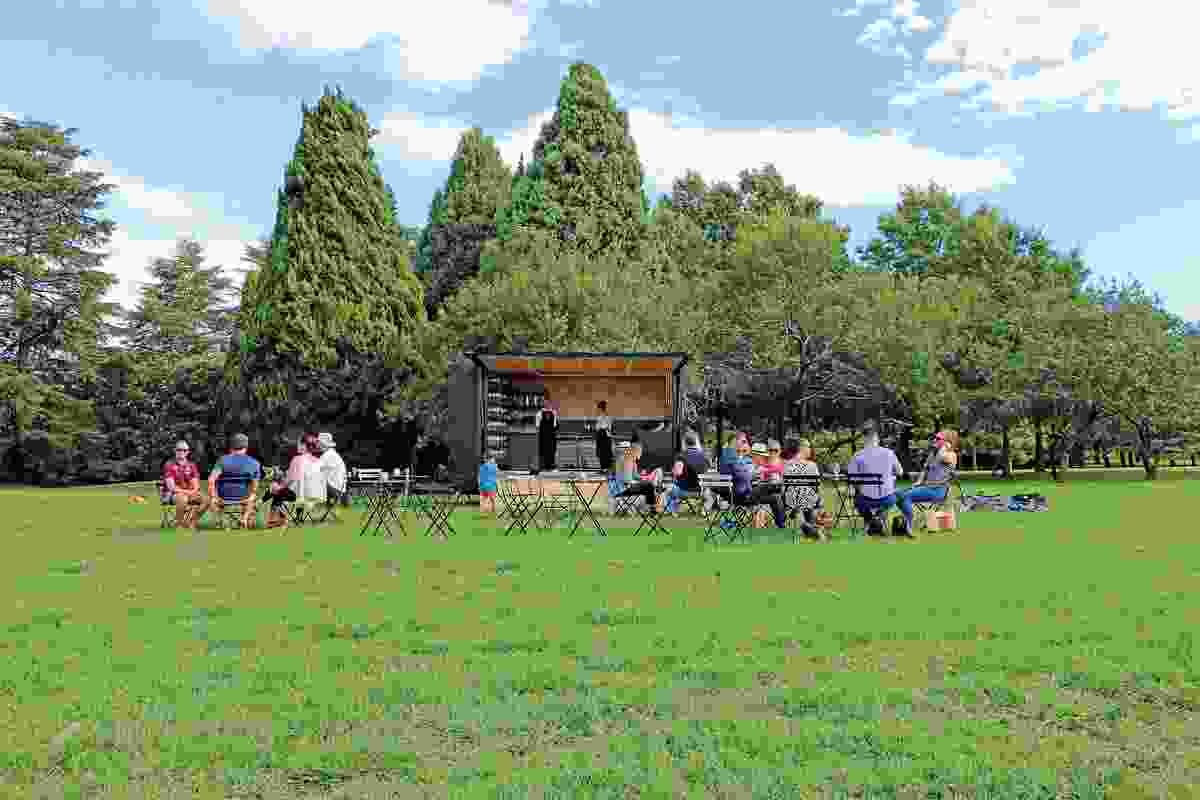 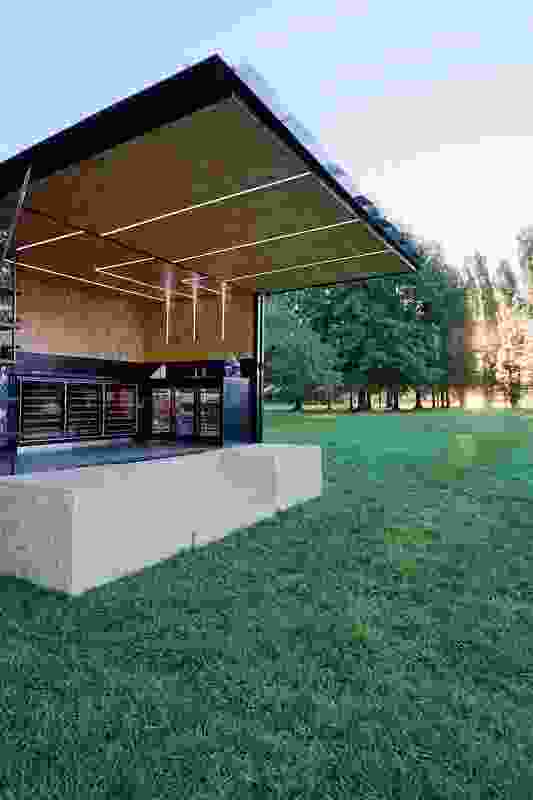 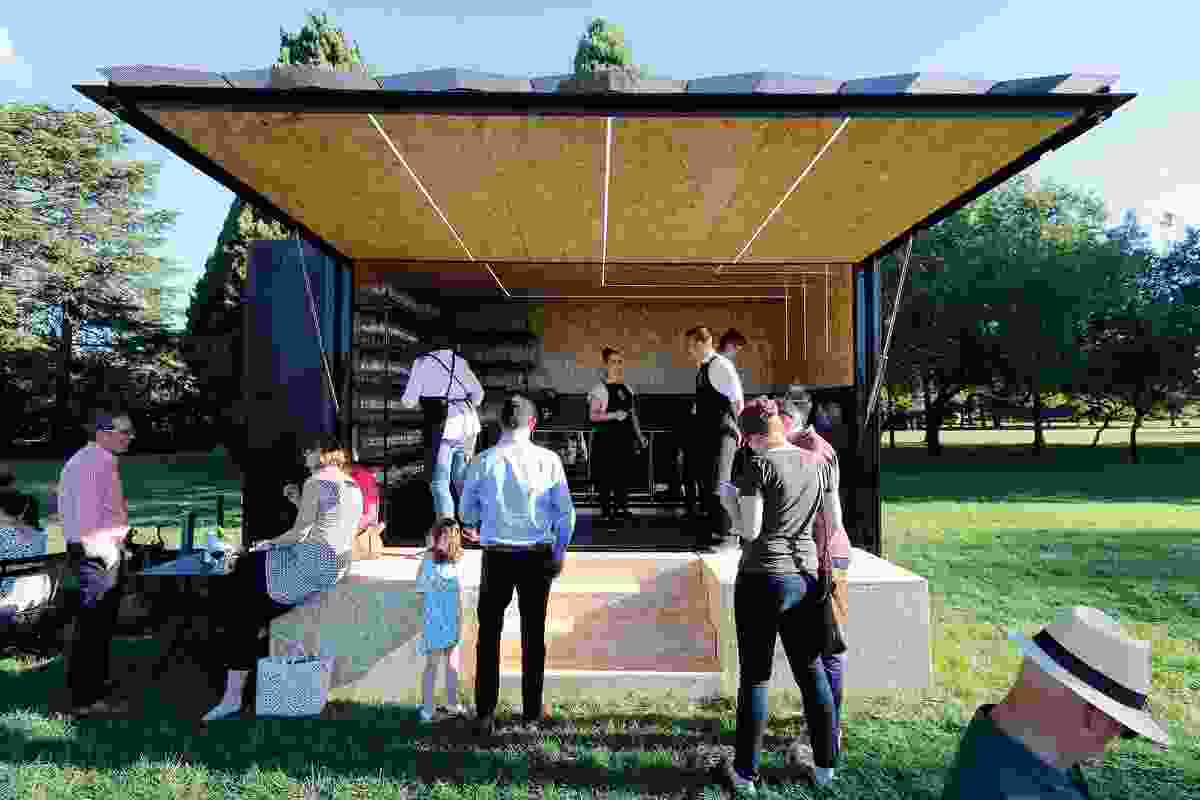 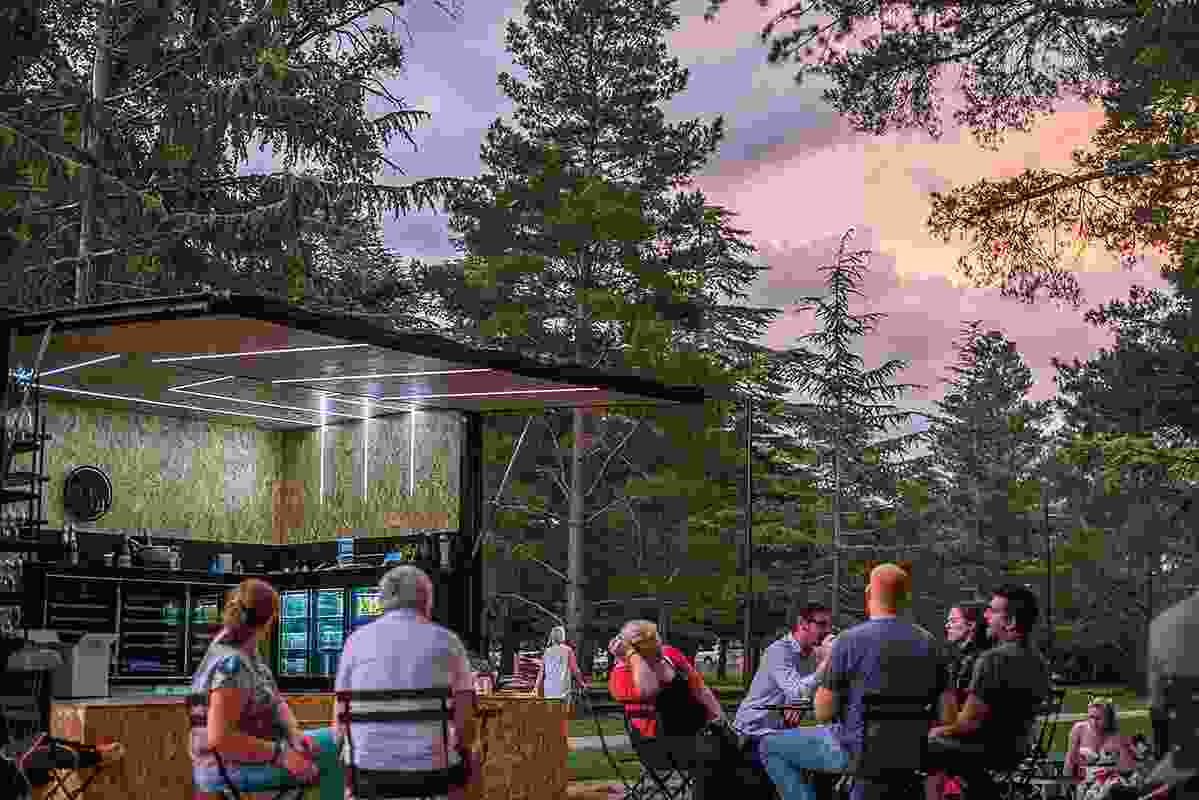