During the 1960s and 1970s, RMIT built several high-walled grey block buildings on Melbourne’s Swanston and Franklin Streets. Over time their imposing presence and impact on the streetscape became challenging in a city full of physical and visual connections. The New Academic Street project is a masterful reimagining of RMIT’s image on these streets. It takes urban cues from its own city, breaking through street walls with a series of lanes and arcades that extend existing orthogonal pedestrian networks, even to the extent of drawing Melbourne’s bluestone footpaths into and through the building. The urban design concept is a simple but extraordinarily effective way to transform the scale, grain and general presence of the existing buildings. In a decision entirely appropriate to the concept, Lyons chose to include four other architectural teams (all RMIT alumni) as collaborative designers. The outcome is a concept that turns the campus inside out, providing a gritty and loose network of student-oriented spaces – a city in a city, rich in connections, technology, diversity and complexity. It is a radical and appropriate place for students to step off the street, sit, meet, study and connect. The project sets up an urban framework for occupation that manages to negotiate complex and conflicting levels, places and spaces – as a whole it is more than the sum of its parts. 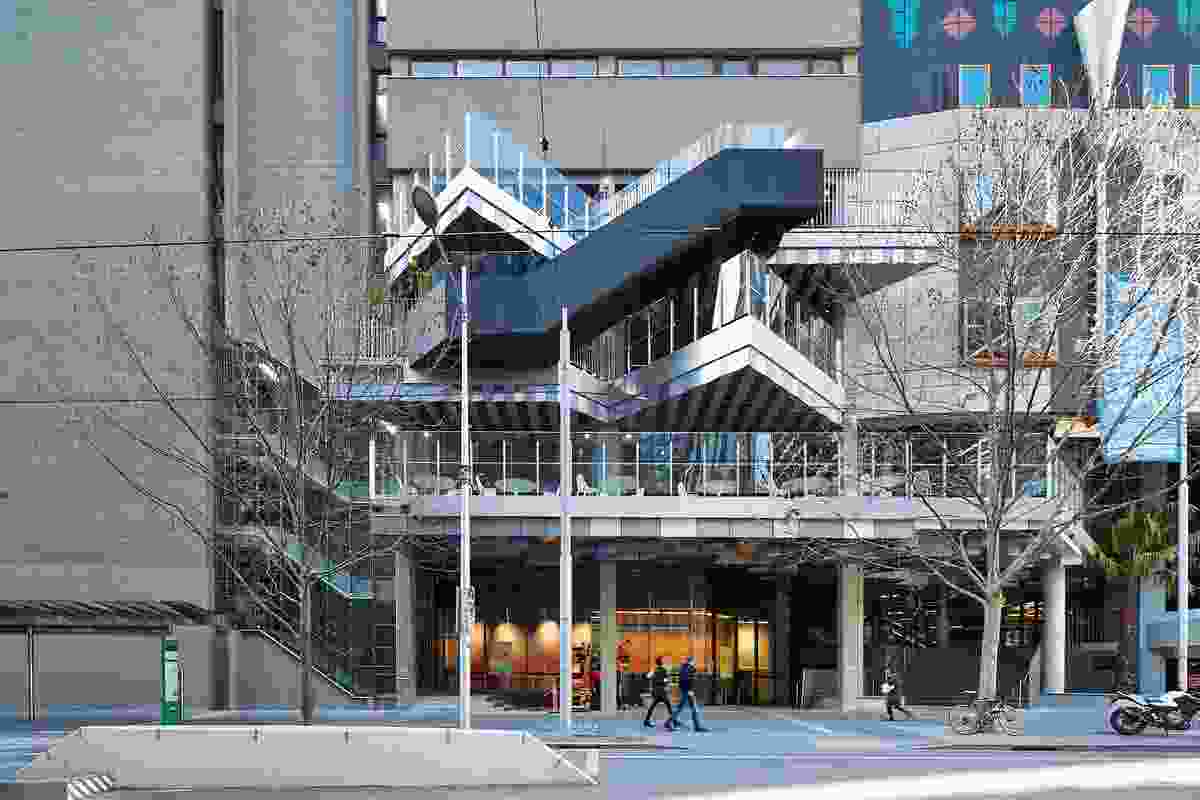 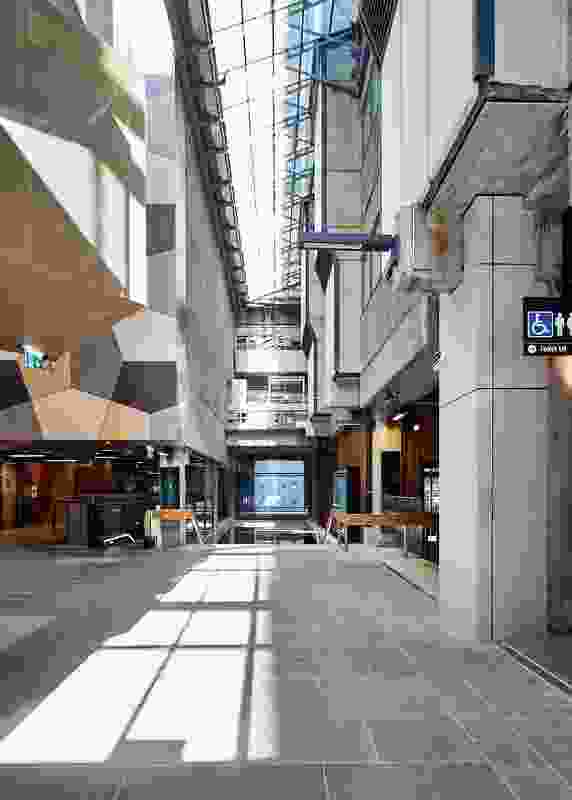