Dangrove is a two-storey private facility designed specifically for the storage, evaluation and curation of one of Australia’s largest private art collections. In this masterful project, Tzannes engages complex technical pragmatics and the sublime in equal measure.

The building’s lower level provides state-of-the-art facilities for core operations: storage, restoration, curation, preparation for transportation, security station, covered delivery and parking. The upper level is organized in two parts with an adjoining sculpture garden. Intended as a front-of-house, it is primarily focused around art evaluation. The first art evaluation space is a long room that runs along the street with a scalloped concrete ceiling. The second is a wedge-shaped space of impressive scale, characterized by a wall of diffuse light above a panelled concrete datum. Known as the Great Hall, it has a deeply memorable ethereal interior quality. Its single-pitch roof carries a large array of photovoltaic cells and collects water for re-use.

Notwithstanding an intentionally unceremonial stair, these two rooms feel public in their scale and material, and do indeed host multiple uses. The first room acts as a function space (served by a commercial kitchen at its far end), is a foyer to the Great Hall, and is sometimes used as a temporary display space or an event space for music and theatre.

Dangrove is designed for at least a century-long life, based on a clear set of strategies developed to ensure its endurance: robust materials, floor levels secure against flooding, services that are handy for maintenance and retrofitting, perimeter fire egress corridors as waterproofing backup and polycarbonate panels that are accessible for replacement.

The building is at ease in its context, with a long, elegant face to the street and a dramatic wedge form that speaks to the industrial history and character of Sydney’s Alexandria. At once mute and highly identifiable, this is a confident architecture that will endure.

Dangrove is located in Alexandria, New South Wales, and is built on the land of the Gadigal people of the Eora nation.

— Dangrove will be reviewed by Laura Harding in a future issue of Architecture Australia. 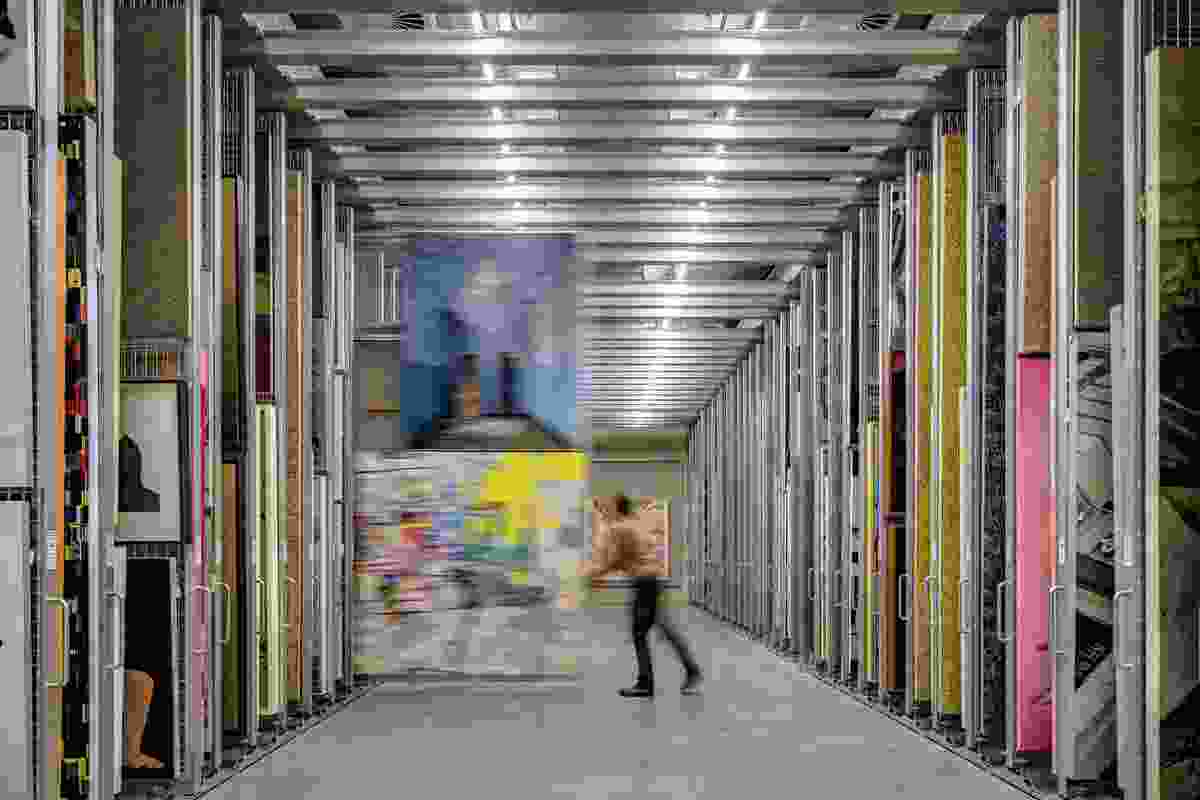 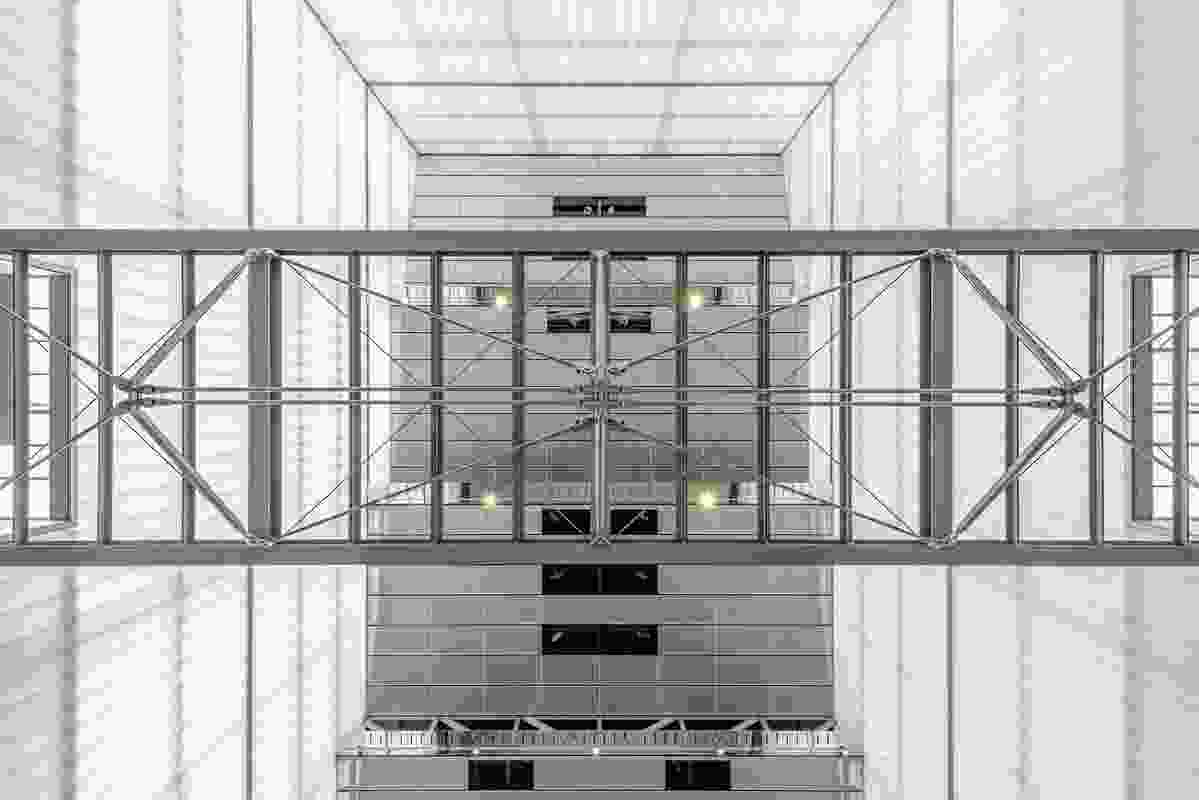 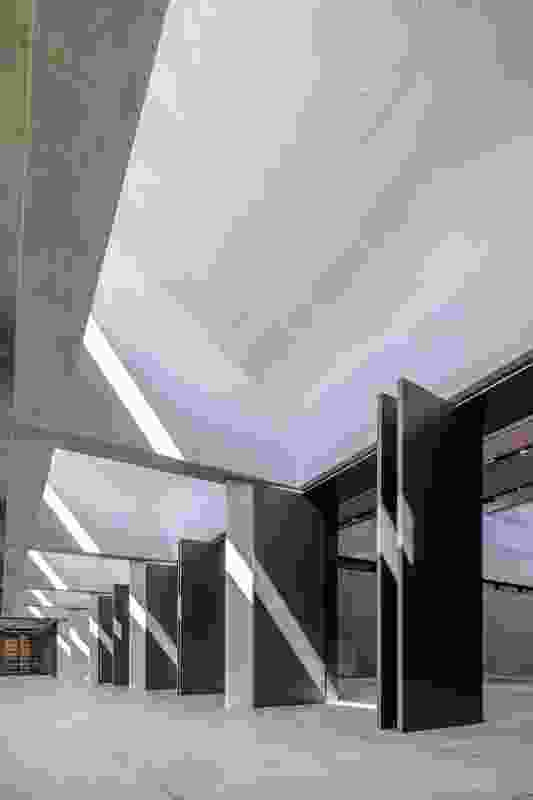 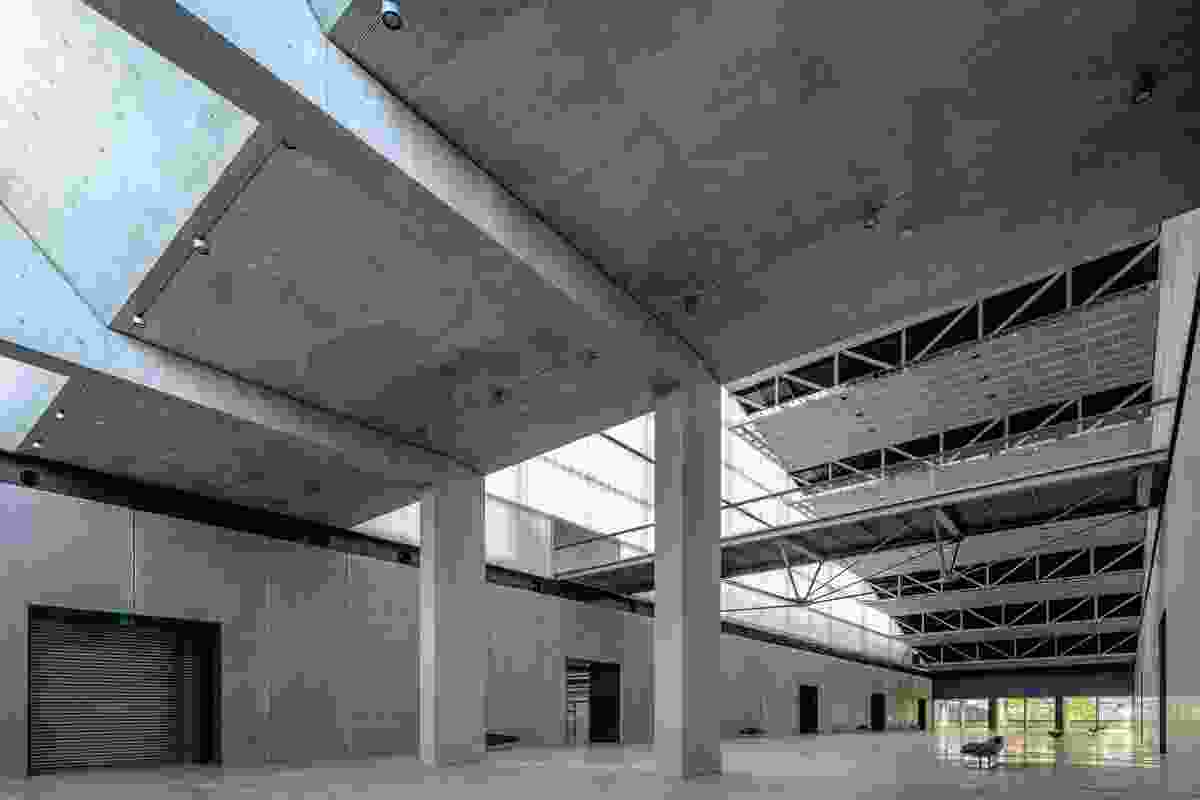 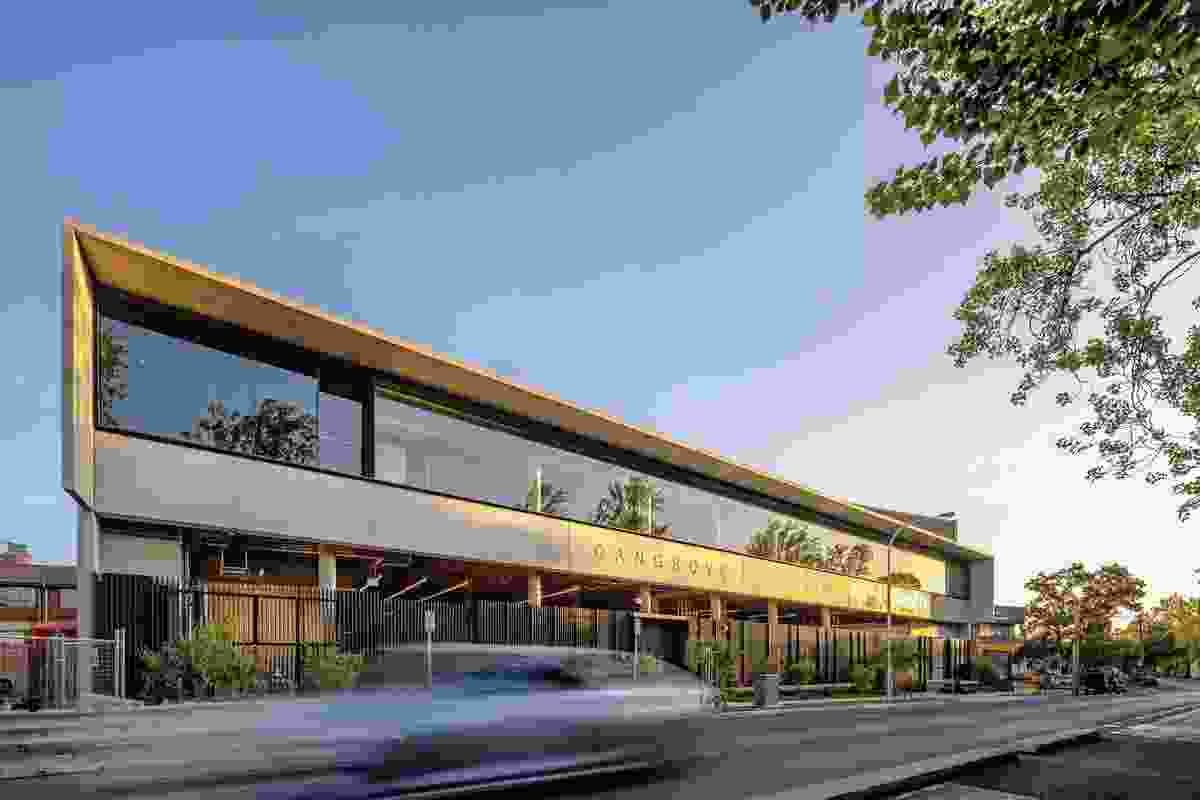