The jury unanimously agreed that Usfin deserves the Premier Award for Australian Interior Design, selected from a field of outstanding contenders. In deliberating the project, jury members praised the dynamism of the design. It stands out because it is so complete as a concept and interior and has a real joyfulness to it, despite its futuristic laboratory aesthetic.

There’s an absolute rigour to the scheme, but it also has a flexibility that softens any hint of rigidity that would make it appear intimidating. The ability to move the hair station pods around to reconfigure the space for multiple uses makes the project close to perfect in the jury’s opinion and the sculptural element this brings to the interior is exciting. In reinventing the standard hair salon typology, the designer has given considerable thought to the customer experience, which is to be commended. Salon employees are also looked after via joinery that’s accessible, adaptable and easy to maintain. The jury was particularly impressed by the designer’s commitment to a clear, singular idea and to the purity of execution, making it a worthy award recipient.

The intent was to create an ultra-modern, minimal and futuristic salon within the old Taubman’s paint warehouse that would redefine the traditional salon experience. The brief was to create a flexible space within the 300-square-metre warehouse, so that the entire space could be cleared out and used for seminars and collaborations with designers and artists. The design team started the process looking for mobility – aeroplane trolleys, freight containers and music cases. The design team wanted to create hair station “pods” that could be wheeled in, opened up for an appointment and wheeled away again. George Livissianis also wanted to enhance the difference between the early 1900s warehouse character and the futuristic vision of aluminium and clear poly-carbonate. The team had to consider the different functions – the wash areas, colourist tables, waiting spaces, cutting/styling area and storage. The overall design was planned to conceal the wash and storage spaces within a polycarbonate “box” that acts as the backdrop to the cutting pods. An oversized entry counter functions as a large working table for classes and a colour mixing lab on wheels. 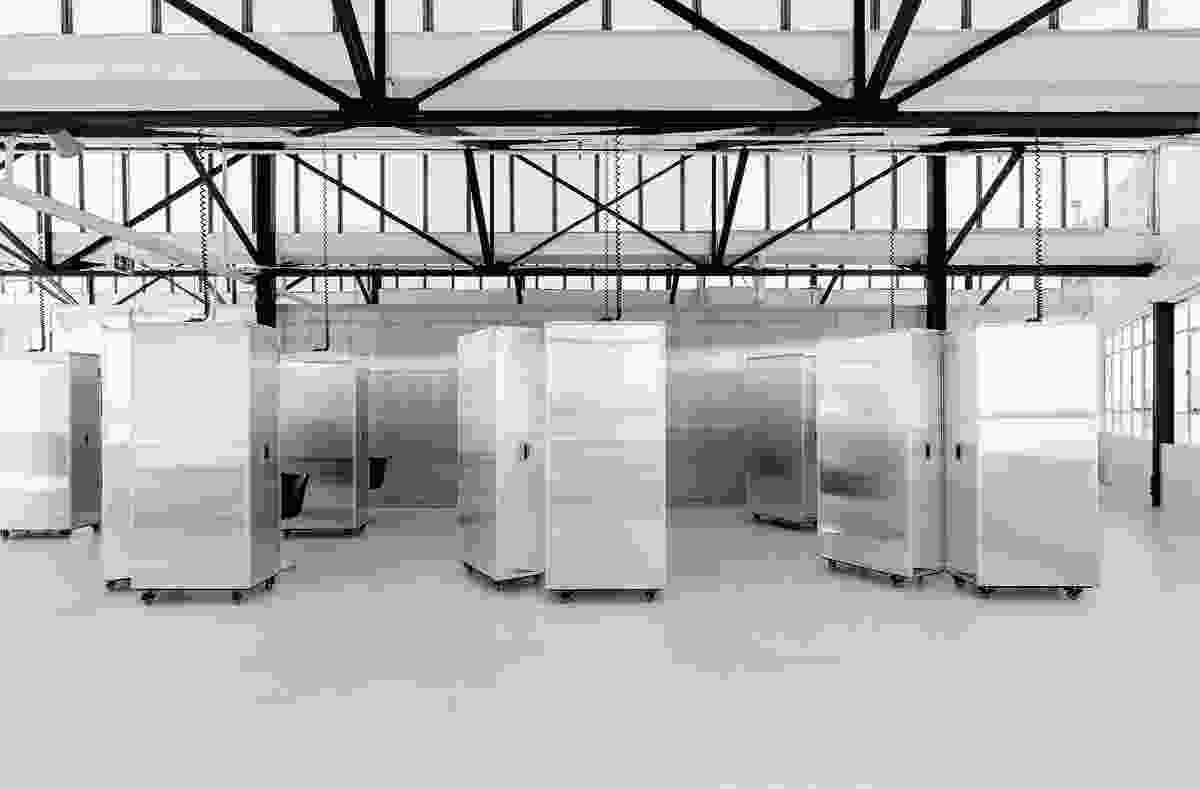 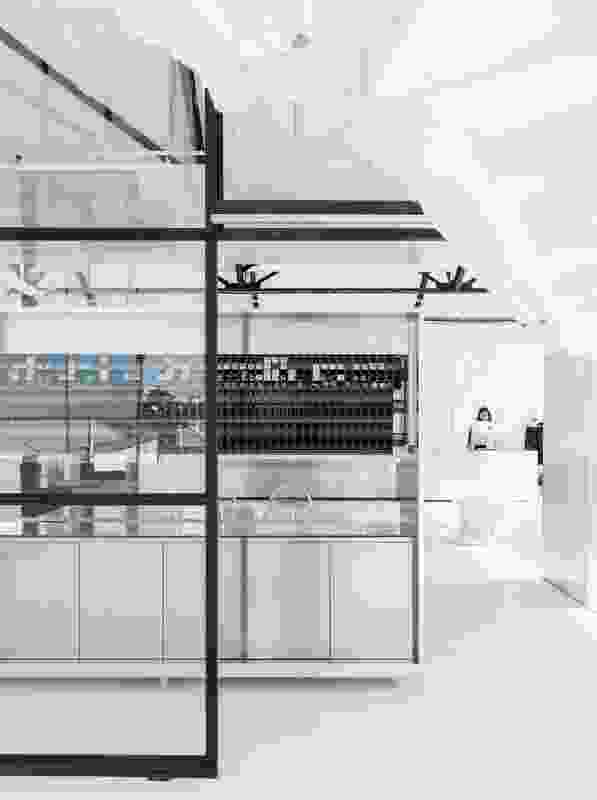 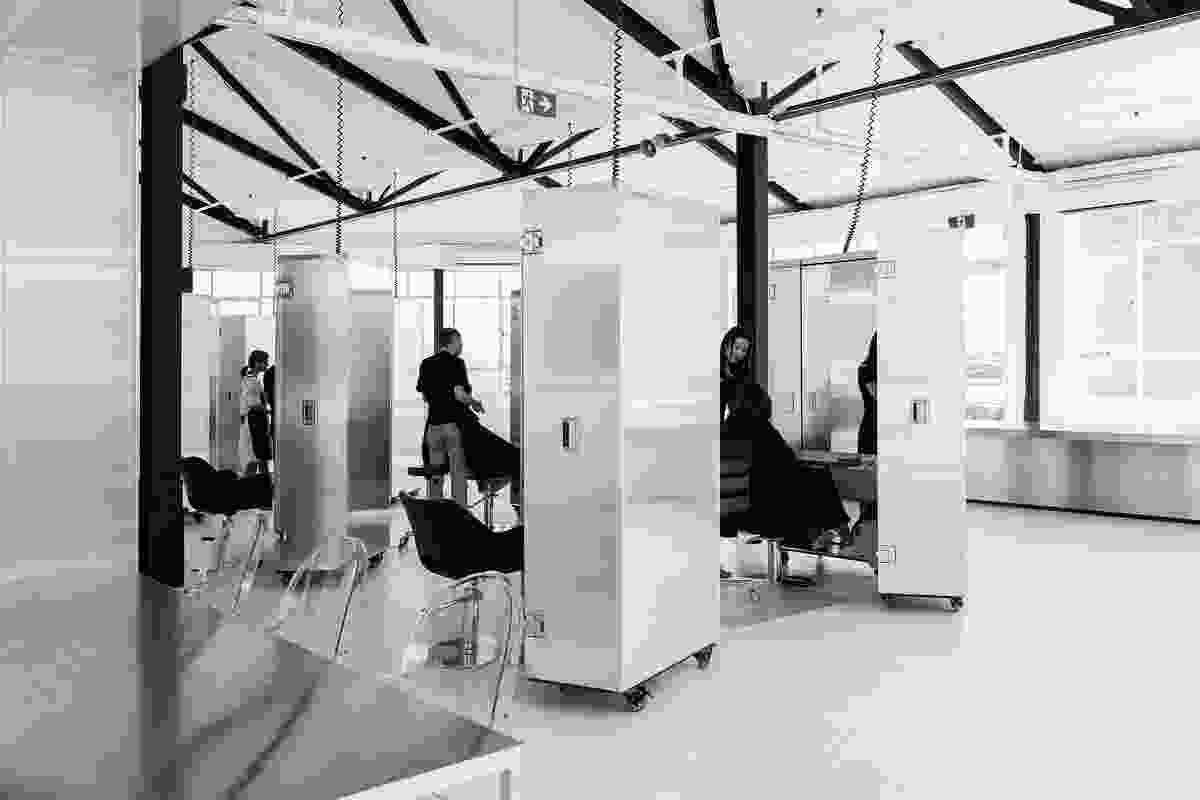 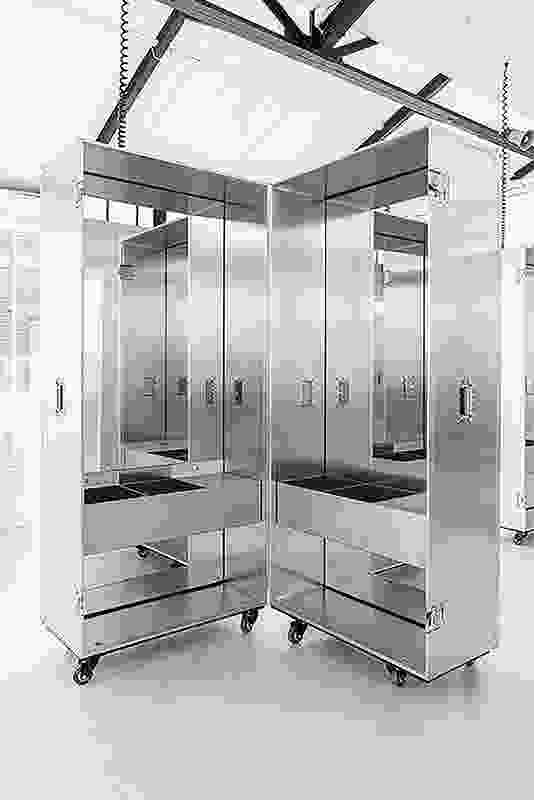 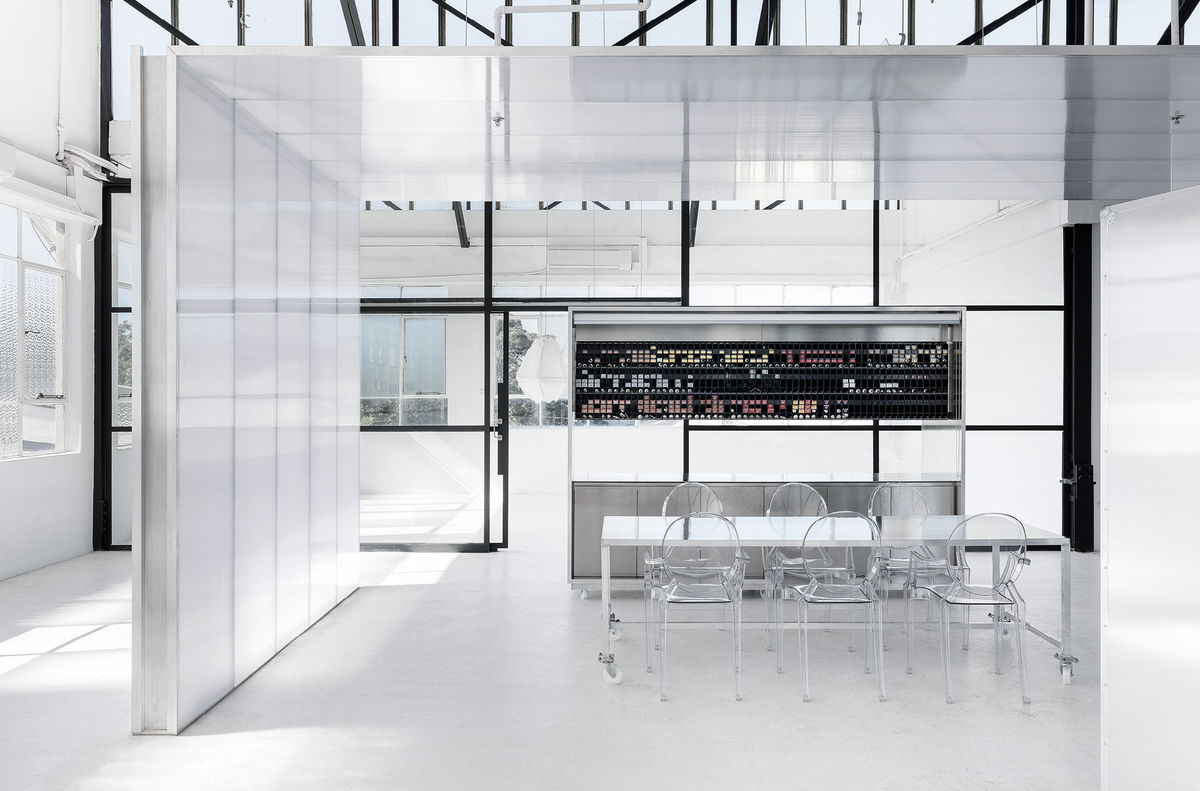