North Melbourne House is a project that speaks to the future and, more specifically, to the important issue of ageing in place. Its social program drives a spatial inventiveness that is truly adaptable, allowing for multiple unprescribed modes of occupation. The architecture invites nesting, its considered detailing relying on neither material richness nor asceticism, but rather a sophisticated accumulation of the prosaic. Representing a clever assembly on the site and within its urban context, this house is modest and fundamentally sustainable.

North Melbourne House is located in North Melbourne, Victoria and is built on the land of the Boon Wurrung and Wurundjeri people of the Kulin nation

North Melbourne House will be reviewed by Andy Fergus in Houses 131, on sale on 1 December.

Reinvention and reuse reigned supreme in the 2020 Tasmanian Architecture Awards announced via a live broadcast by the Australian Institute of Architects. 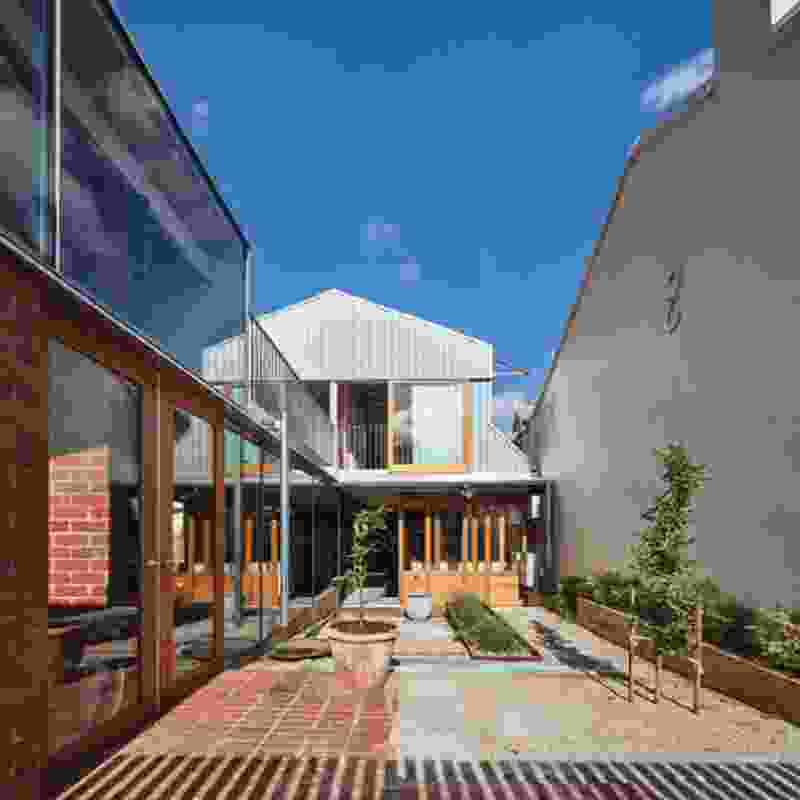