A community newsletter pinned to a noticeboard in a new riverside cafe in Maitland proudly proclaims the area’s economic and urban renewal. At its centre is an image of a monolithic brick portal that frames a canopy of river red gums, bringing the trees and the river into the Maitland streetscape. Clearly, a remarkable urban proposition has been realized here.

For decades following a devastating flood, the connection between Maitland’s main street and the Hunter River was lost. Originally engaged to design public ablutions, Chrofi, working in collaboration with McGregor Coxall and the Maitland City Council, saw an opportunity to recalibrate the aspiration of the initial brief. What has followed is a masterstroke in urban intervention.

Beyond the original prosaic requirements of the project, the architects convinced the client to acquire a larger share of underused street front. Recalling the traditions of Renaissance urbanism – of civic rooms and gateways – they conceived a monumental gateway between the main street and the river, scaled to act as a public living room.

A quality of considered architectural engagement is evident at every scale. The oblique figure of the plan offers mass and depth to the sense of threshold. It creates tapering width to accommodate amenity and additional commercial functions, which orient to the river, while also setting the rich texture of handmade brick into the surface of the street. This geometry creates an exaggerated perspective that magnifies the proximity of the riverine landscape. The subtle curvature of the brick edge resolves the main gesture of the plan and creates a sharp but wholly tactile resolution to the edges of the work.

This is a consummate and inspired intervention – an armature for urban amenity and civic pride. Through careful and generous processes, the architecture has made promises of a larger future and re-established a community’s relationship with its river.

Maitland Riverlink is located in Maitland, New South Wales and is built on the land of the Wonnarua people. 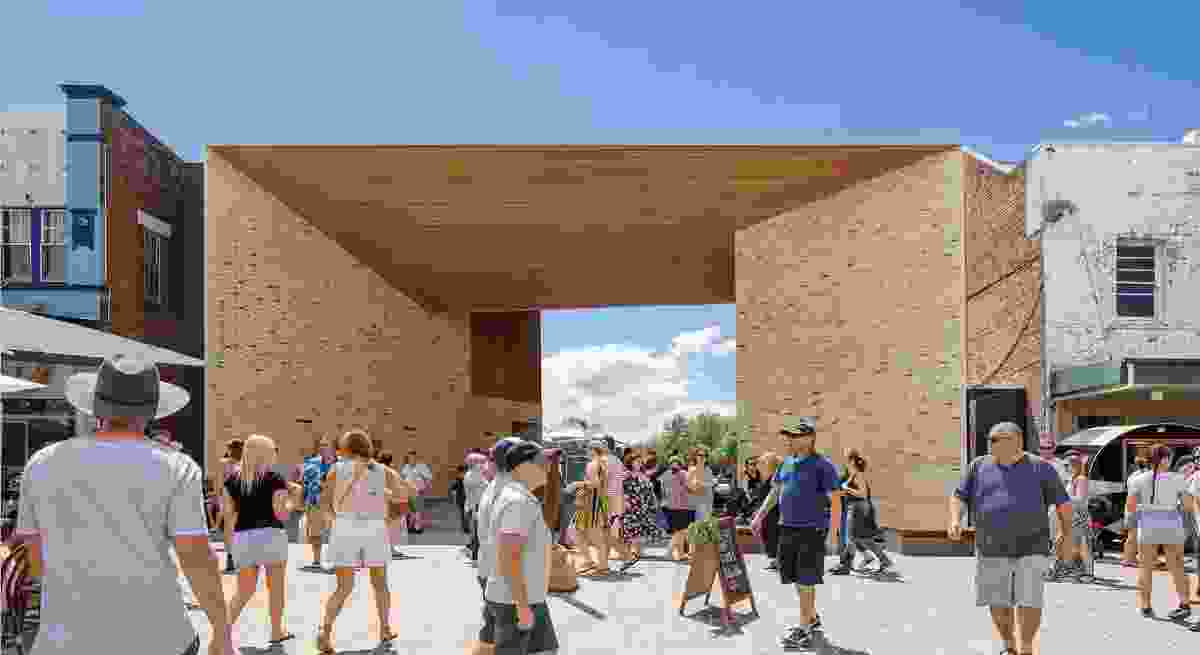 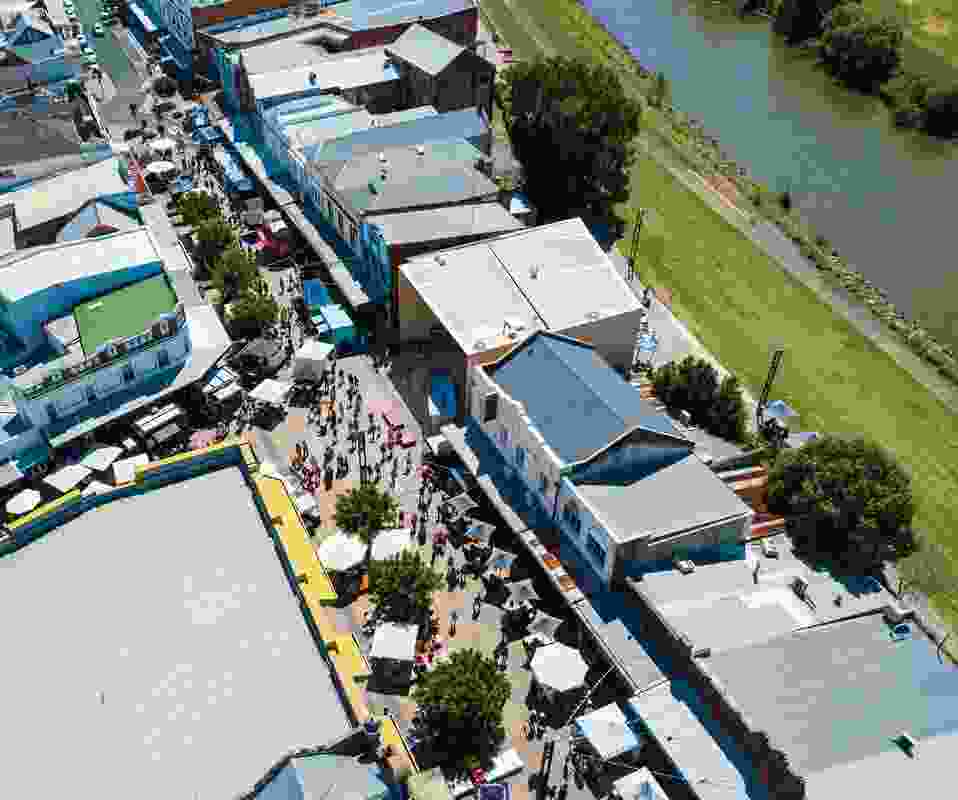