A proposal for a World Trade Centre comprising four towers has been submitted to the NSW Department of Premier and Cabinet.

Aerotropolis Group, which has acquired a license to establish a World Trade Centre in Sydney, owns a 120-hecatre parcel of land in Bringelly, located three kilometres from the proposed Western Sydney Airport.

The group has proposed a mixed-use $8 billion development, masterplanned by Woods Bagot. The proposal also includes an international convention and exhibition, commercial areas for large multination companies, an innovation and incubation centre for start-up companies, retail spaces and residential areas.

The development aims to be a net zero carbon precinct, through energy production, storage and use on site.

“The new Western Sydney Airport and the realization of the Greater Sydney Commission’s strategy for the Western Parklands City is an extraordinary opportunity to conceive urban development, hosting high tech industries synthesized with the unique natural environment of the Nepean river system and Cumberland Parklands for sustainable living,” said Neil Hill, lead architect at Woods Bagot.

The site at 203 Greendale Road is located adjacent to the one of the properties in the University of Sydney’s Camden Farms in Bringelly. The farms are currently used as teaching and research facilities for the university’s faculties of Veterinary Science and Agriculture and Environment.

In a submission to the Greater Sydney Commission’s Draft South West District Plan in March 2017, the university said it has “lodged a rezoning proposal for the creation of a mixed-use employment, retail, commercial and residential precinct on our Bringelly landholdings.

“An alternative rezoning is proposed by the University where agricultural technology, research, education and innovation can link with light industry and business areas. This would provide an effective point of connection between NSW agricultural food production and the Sydney, Australian and international food market through the new airport.”

In its proposal to the Department of Premier and Cabinet, Aerotropolis Group said, “The synergy between Western Sydney Airport, World Trade Centre Sydney and University of Sydney will create huge economic and employment growth in Western Sydney.”

It is estimated to generate $13.7 billion of direct economic output over 21 years according to analysis by PwC.

The group hopes the development could be open by 2026 to coincide with opening of the Western Sydney Airport.

The federal, state and eight local governments signed a city deal for Western Sydney on 8 March 2018. The city deal centres around the creation of Western Sydney Airport and rail infrastructure connecting it to both nearby suburbs and the wider transit network. An implementation plan for the city deal has not yet been released.

Woods Bagot was also involved in the masterplanning another private-sector proposal for a World Trade Centre in Perth, which would have consisted of two towers.

The proposal, which would have occupied government-owned land between Perth and McIver railway station, was shelved by the WA government earlier this year, due to concern the land would be required for future rail infrastructure.

The developer, which owns a site neighbouring the government owned land, could proceed with a scaled-down version of the proposal, according to the local media. 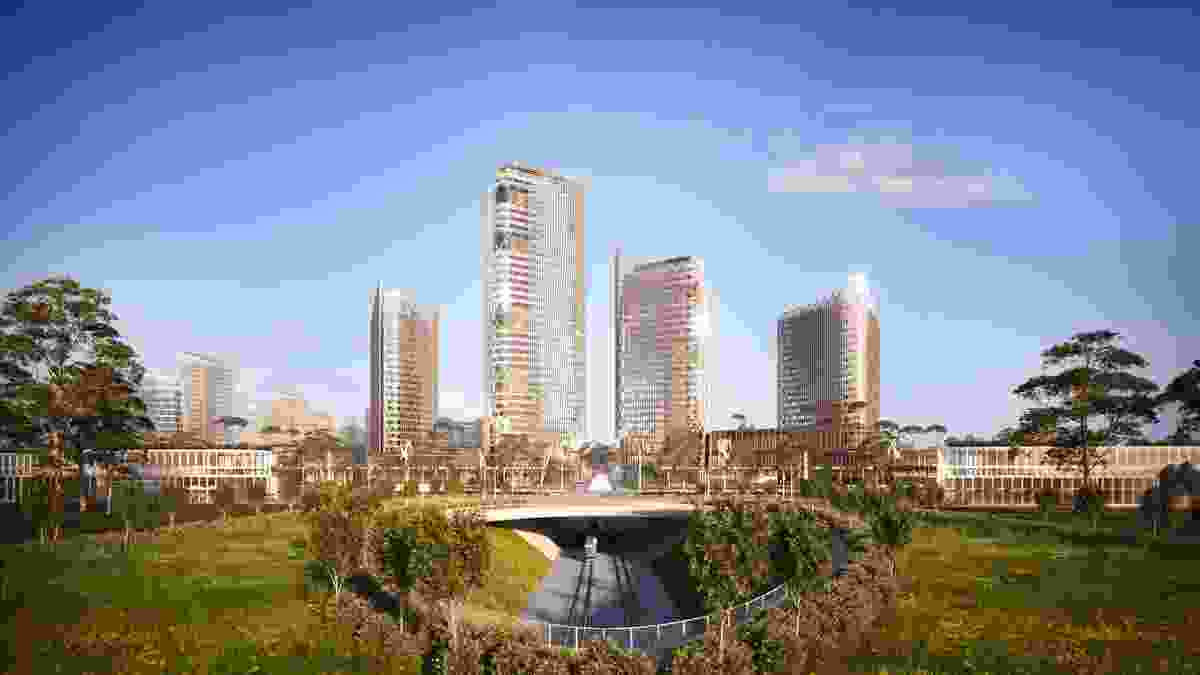 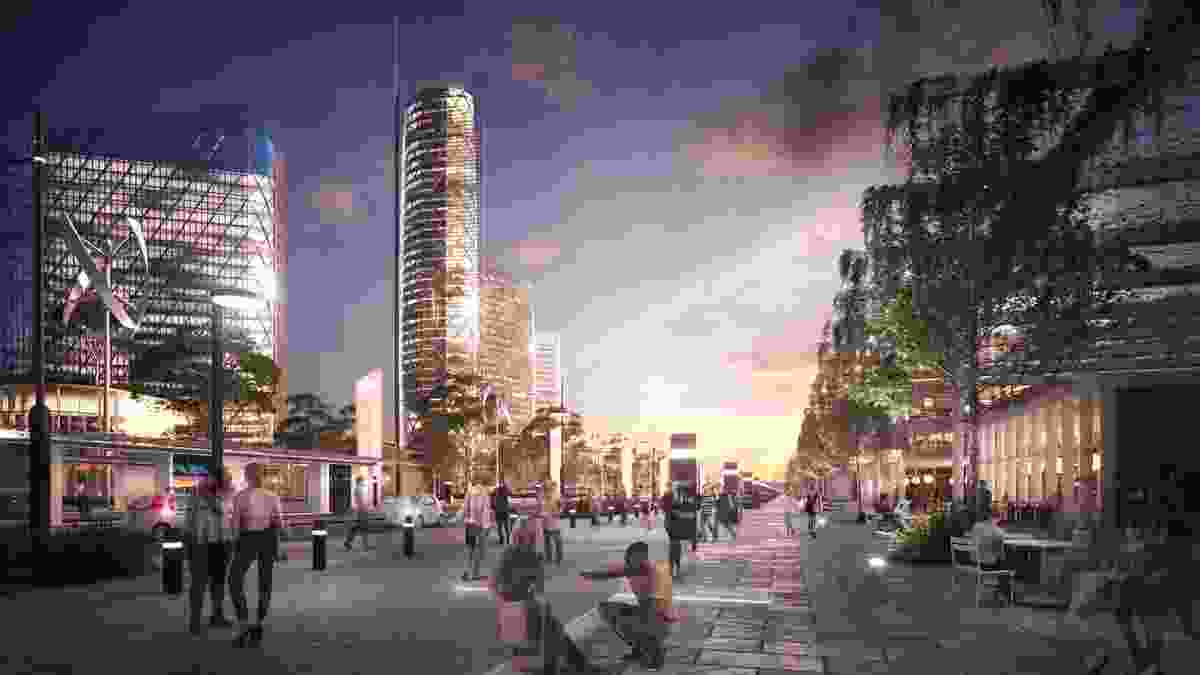 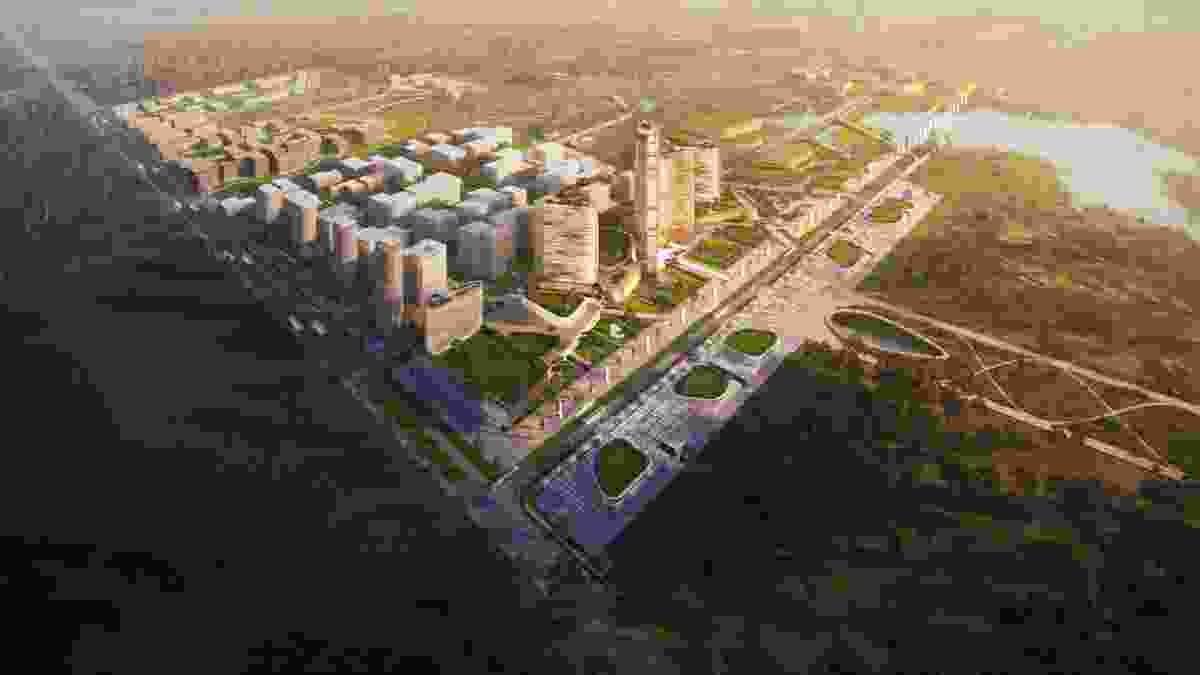 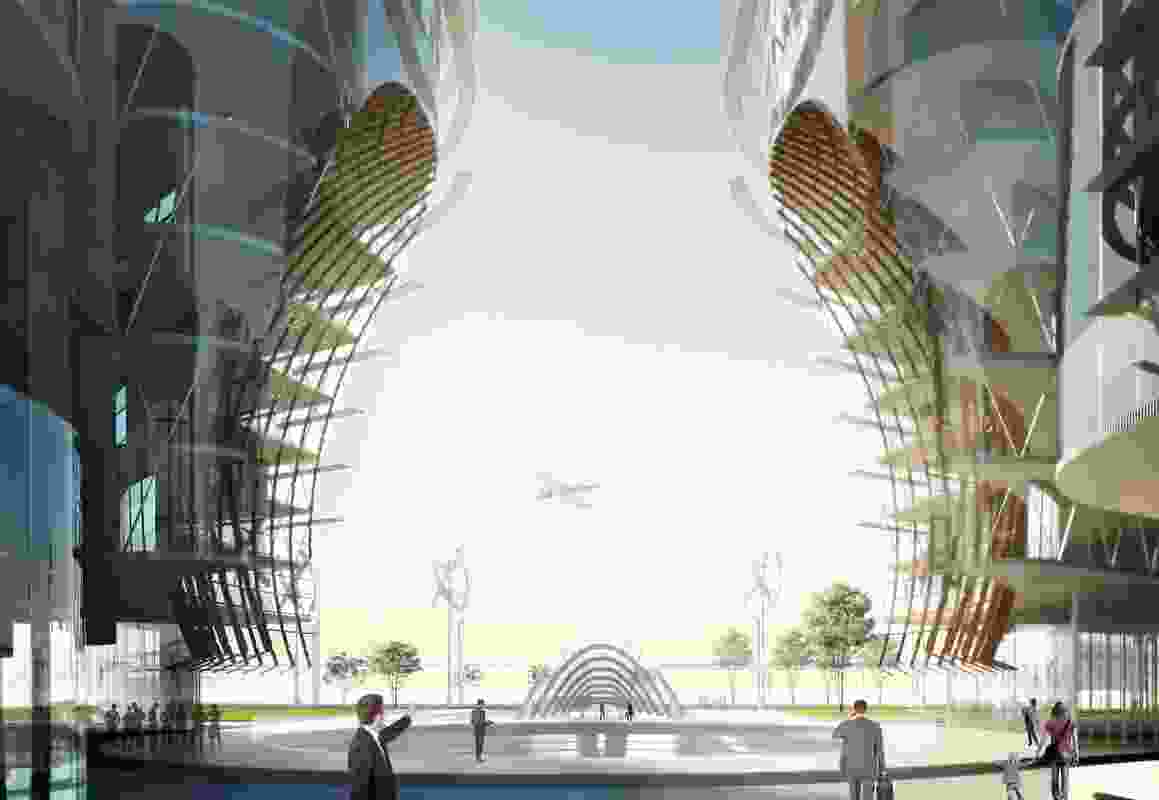