Stage 1 of the light rail, known as G:link, was completed in July 2014 and consists of a single 13 kilometre line between the Gold Coast University Hospital and Broadbeach.

Prime Minister Malcolm Turnbull has pledged $95 million in federal funding towards Stage 2 of the Gold Coast Light Rail, a project that will both support the upcoming 2018 Commonwealth Games and service the region.

Stage 1 of the light rail, known as G:link, was completed in July 2014 and consists of a single 13 kilometre line between the Gold Coast University Hospital and Broadbeach. Stage 2 will be made up of a 7.3 kilometre line that will start from a rail station/bus interchange at Helensvale and link up to the Gold Coast University Hospital light rail stop.

Turnbull made the announcement while visiting Queensland over the weekend, and the state government welcomed the promise of federal funding. The commitment signals a shift away from Tony Abbott’s insistence that public transport should be funded by the states.

“Light rail has become the backbone of the public transport network and Stage 1 has driven a 25 percent increase in public transport patronage on the Gold Coast in the first year alone,” the state’s transport minister Jackie Trad said.

“Gold Coast Light Rail is a transformative piece of infrastructure and Stage 2 will continue to change the way people move and get around the Gold Coast.”

The Australian Council of Learned Academies (ACOLA) released a report early this month that warned Australian cities need to focus on improving public transport rather than building roads to avoid worsening social, environmental and economic problems. ACOLA is a government-funded organization that is made up of academies representing areas including humanities, science, sciences in Australia and technological sciences and engineering.

The report warned that the lack of public transport available to service communities, particularly those on city fringes, could lead to more instances of “transport poverty” – a situation where the only transport options presented to people are unaffordable, which leads to an over-reliance on cars.

It also suggested that around $350 billion needs to be spent on infrastructure by 2025 in order to make up for an infrastructure deficit that has been building over the past four decades. 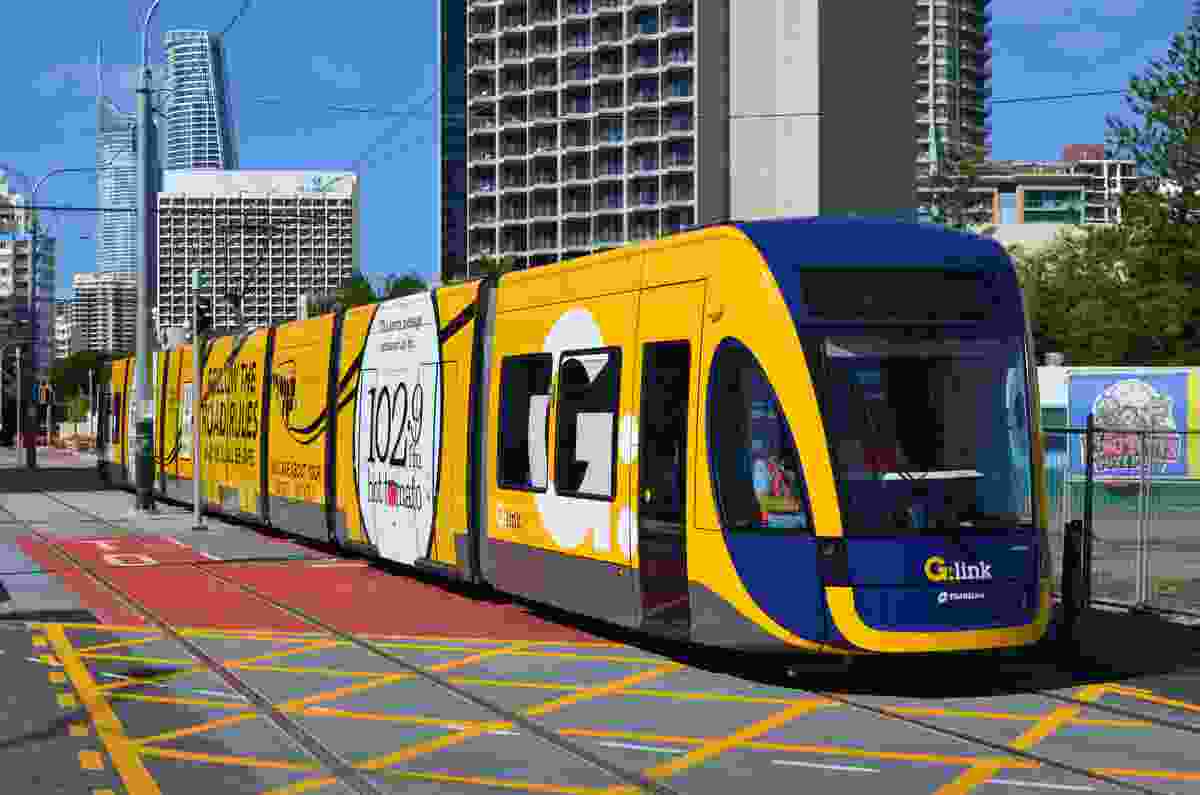 Stage 1 of the light rail, known as G:link, was completed in July 2014 and consists of a single 13 kilometre line between the Gold Coast University Hospital and Broadbeach.