The three finalists for a competition to reimagine George Street in Sydney have been announced by the Urban Land Institute (ULI), with designs from staff from practices including McGregor Coxall, CHROFI, Tropman and Tropman and Site Image among those chosen.

The competition invites designers under 35 to propose urban interventions under the theme “transforming spaces into greater urban spaces”, and offers the winner both prize money and the opportunity to present their ideas at the ULI’s 2016 Asia Pacific Summit. The ULI is an international, nonprofit urban development research and education organization.

The designs that have been announced as the finalists are:

“Proponents addressed the challenge by considering George Street as an activation spine, proposing a range of enabling infrastructure for people to inhabit the street more comfortably, through better amenity, design and across a wide range of uses,” the jury said.

“Proponents addressed the task at a variety of scales – with many grasping the challenge of human identity within a major urban space. Landscape, connection, place, colour, program, moment, intervention, scale, human scale, journey and revitalisation were common themes across the portfolio of works.”

There are already plans in place to redevelop George Street – believed to be Australia’s first street – and works have just begun to build a light rail that aims to improve the area’s amenity. The City of Sydney’s draft strategy for George Street was prepared in collaboration with Gehl Architects, and it proposes the creation of a pedestrian boulevard along the thoroughfare. A final strategy has not yet been released.

The final winner of the “George St 2020: Re-imagine Sydney’s main street” competition will be announced in late November 2015.

This competition is the first in a series of biannual Urban Innovation Ideas competitions by the ULI that will champion urban innovation, collaboration and youth leadership in the property industry. 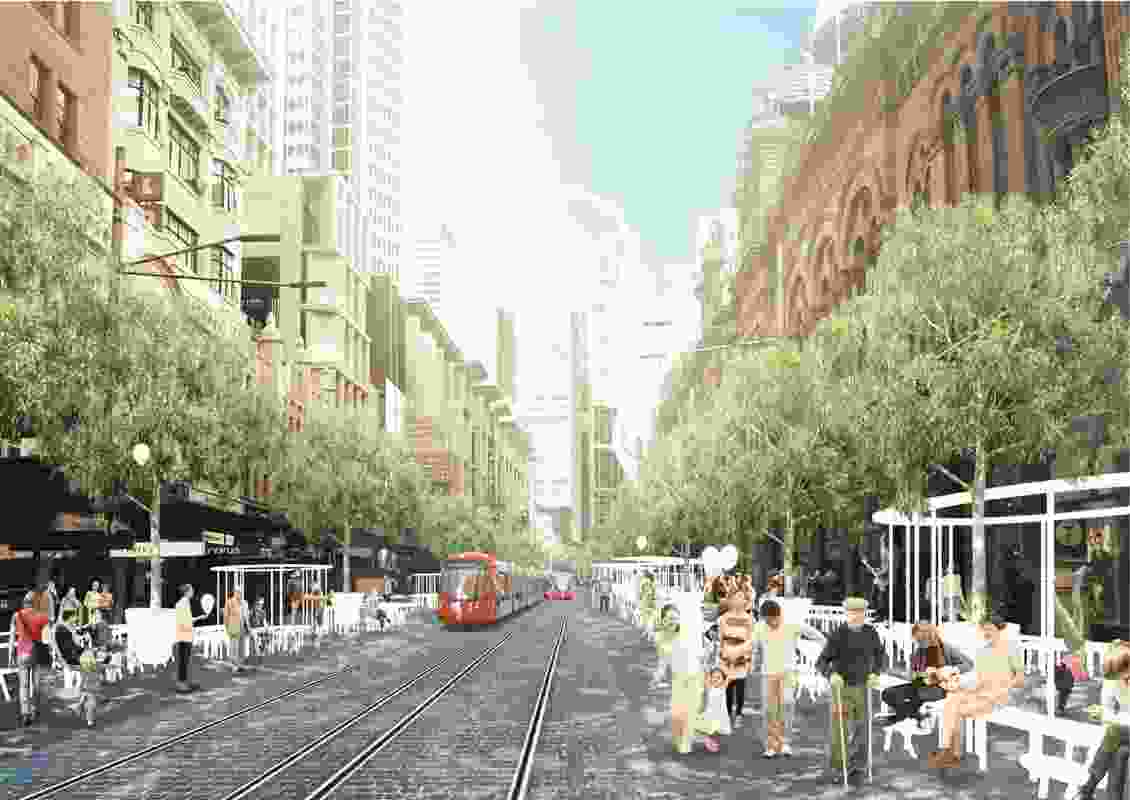 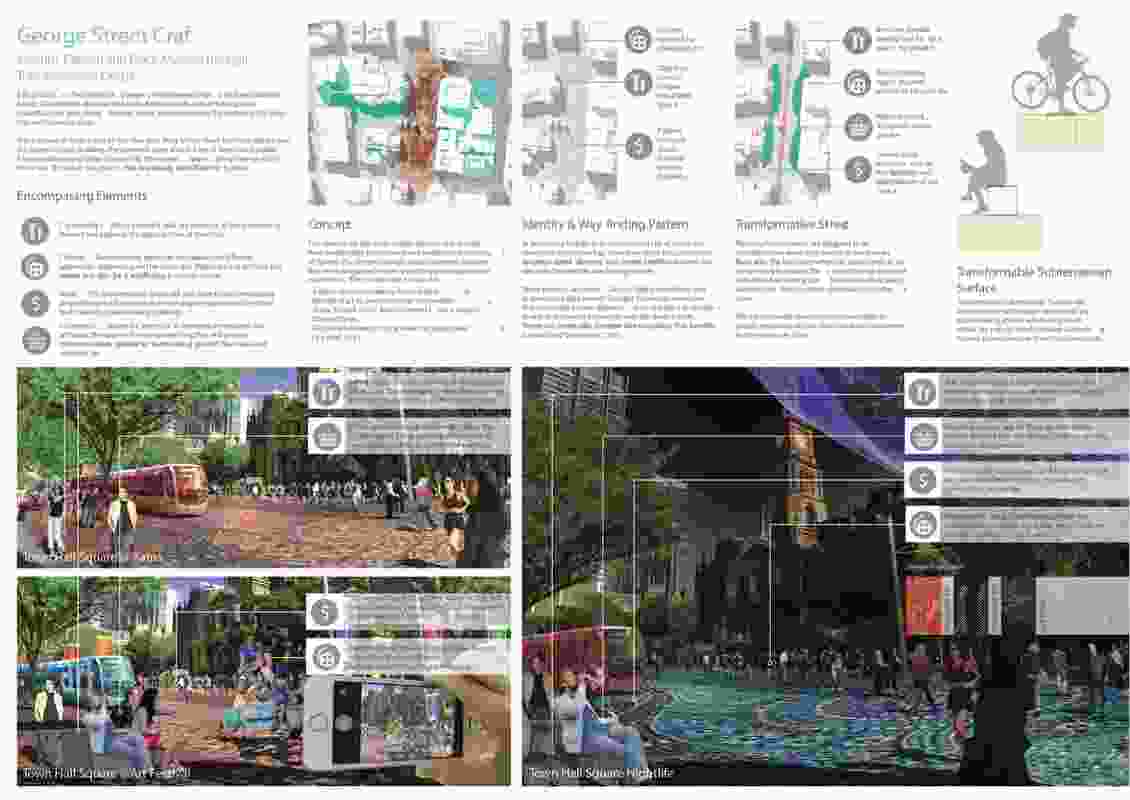 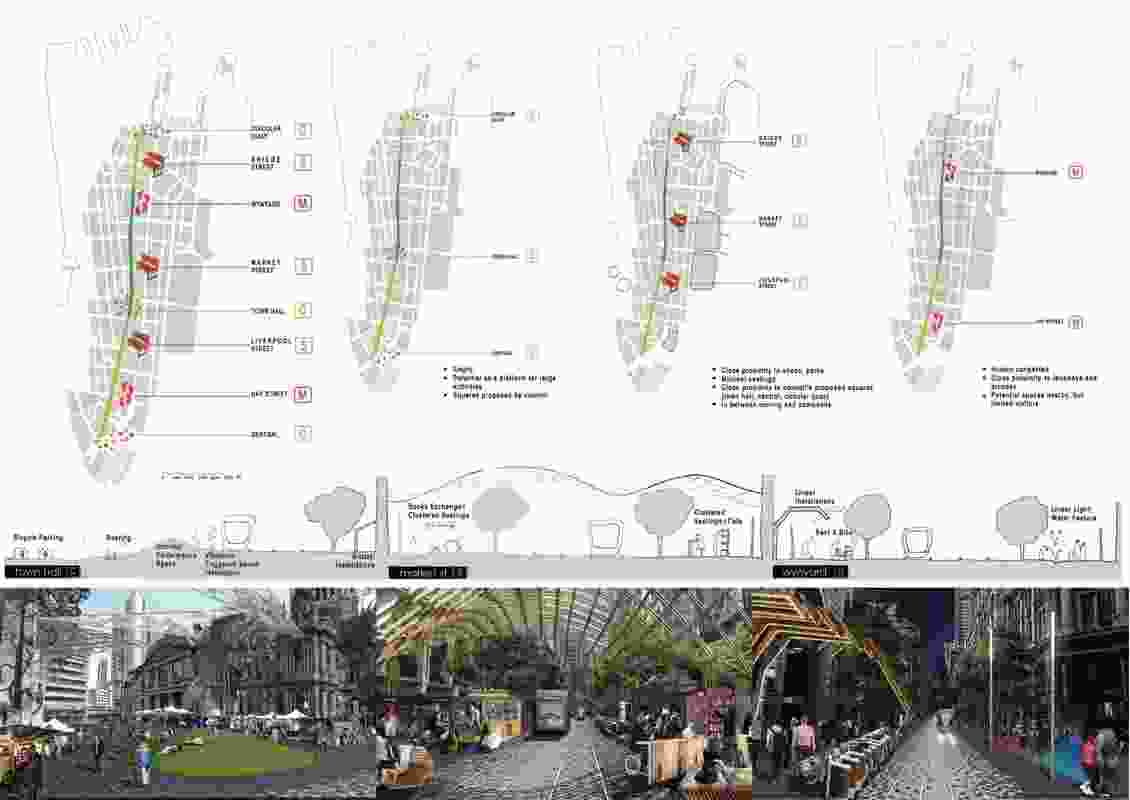