The Denton Corker Marshall design for the site, which was first put forward in 2009, could now begin development.

The Victorian Civil and Administrative Tribunal (VCAT) has extended the permit for a long-running project that will restore and expand Melbourne’s iconic Hotel Windsor. The Denton Corker Marshall (DCM) design for the site, which was first put forward in 2009, could now begin development.

The owner/developer, Halim Group, had applied for an extended planning permit because the previous permit had been due to expire in January 2017 and construction was yet to begin. Victorian planning minister Richard Wynne, the relevant authority for the project, had refused to extend the permit.

The VCAT decision means that the permit for the development has been extended until 31 March 2020. According to the developer, the timeframe required for the project is between 36 to 42 months.

The project will see the exterior of the hotel – which dates back to 1883 and is on the Victorian Heritage Register – restored to its original appearance, and a back section of the building demolished.

A building currently on the corner of Bourke Street and Spring Street will be demolished, and a DCM-designed seven storey building – described on the practice’s website as a “perforated cube” with an array of windows – will be constructed in its place. A slim 26-storey tower will sit behind the hotel, acting as a “curtain” and providing it with 252 extra rooms, new meeting facilities and a 25-metre swimming pool. The hotel currently has 180 rooms.

On 4 November 2010, then-planning minister Justin Madden issued approval for the project. The approval followed a scandal, reported by the ABC, in which a leaked email indicated the government wanted to halt the project. At the time, a ministerial advisory committee was established for the project, in part because the new buildings would have exceeded the area’s discretionary 23-metre height limit. The committee recommended the approval of the building.

According to The Age, the hotel’s owner/developer blamed delays in heritage approval for its need for an extension, and last year it warned the hotel would close within two years. 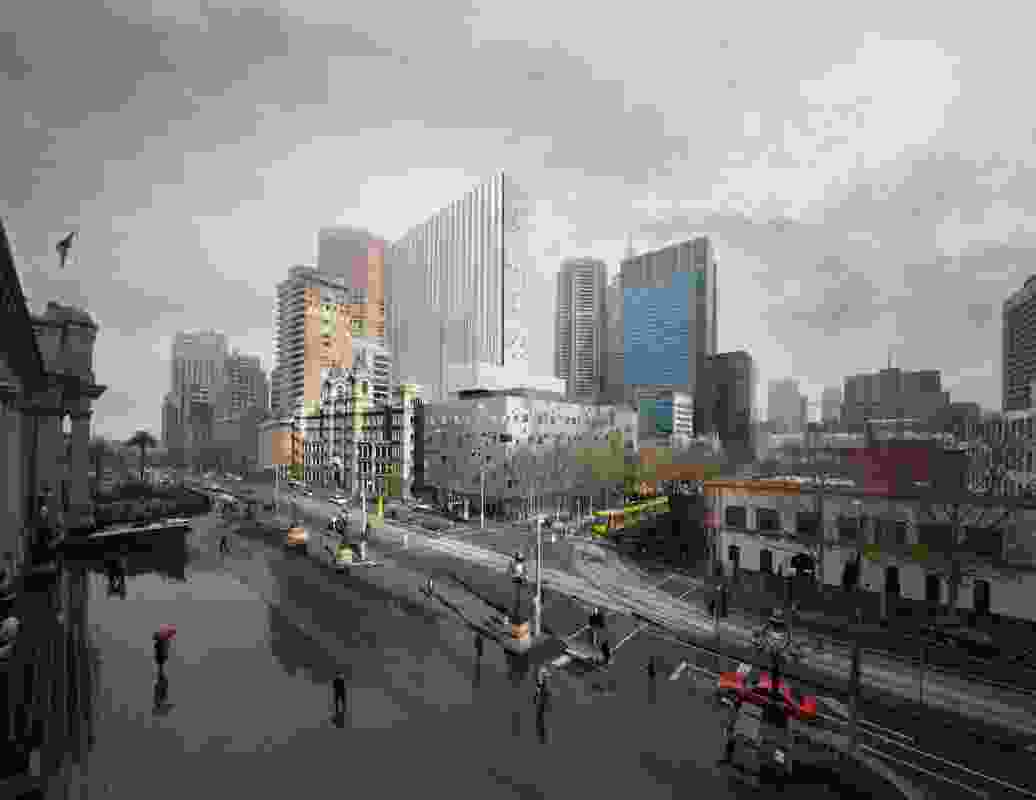 The Denton Corker Marshall design for the site, which was first put forward in 2009, could now begin development.