One of the central arguments made by the guide is that most street design prioritizes private motor transport over not only every other mode of transit but also over use of street space that does not involve transport. In contrast, the guide lays out a hierarchy of user priority that sees pedestrians as the most important users to consider with cyclists and transit, people doing business and providing services and users of personal motorized vehicles following in descending order.

In the foreword to the guide, NACTO chair and former New York transportation commissioner Janette Sadik-Khan said, “For the last century, streets around the world have been built around automobiles. Wide lanes for traffic and little room for people became the rules of the road in most corners of the globe, dividing cities, stifling economic growth and creating dangerous congestion.”

“This guide marks the next step toward changing the old road hierarchy, with designs that save lives, prioritize people and transit, reflect diverse communities, and better serve everyone on the street.”

The guide provides a comprehensive list of recommendations on street design, from street lighting (downward-facing to prevent light pollution) to pedestrian crossing lights (allow for the elderly to cross at 0.8 metres per second).

The guide provides a comprehensive list of recommendations on street design, from street lighting (downward-facing to prevent light pollution) to pedestrian crossing lights (allow for the elderly to cross at 0.8 metres per second).

Melbourne’s laneways are lauded not only for providing street-side dining and a popular tourist attraction, but for creating a safe, pedestrian-only route through the CBD. Swanston Street is described as a formerly congested and polluted street that “is today an example of pedestrian-oriented and transit-priority street design.”

Melbourne’s lord mayor Robert Doyle said, “The Global Street Design Guide makes it clear that for Melbourne the first priority of city streets is people; and after all, great streets make great cities. The Guide’s people and place-based approach will help cities shift away from conventional street designs and move towards contextual solutions for our rapidly growing urban areas.”

The redevelopment of Bourke Street in Sydney, which includes a cycleway designed by Group GSA, is cited as an example of how to succesfully install dedicated cycle lanes into streets that did not have them previously. There was a 408 percent increase in cycle traffic volume on Bourke Street between March 2010 and March 2014. 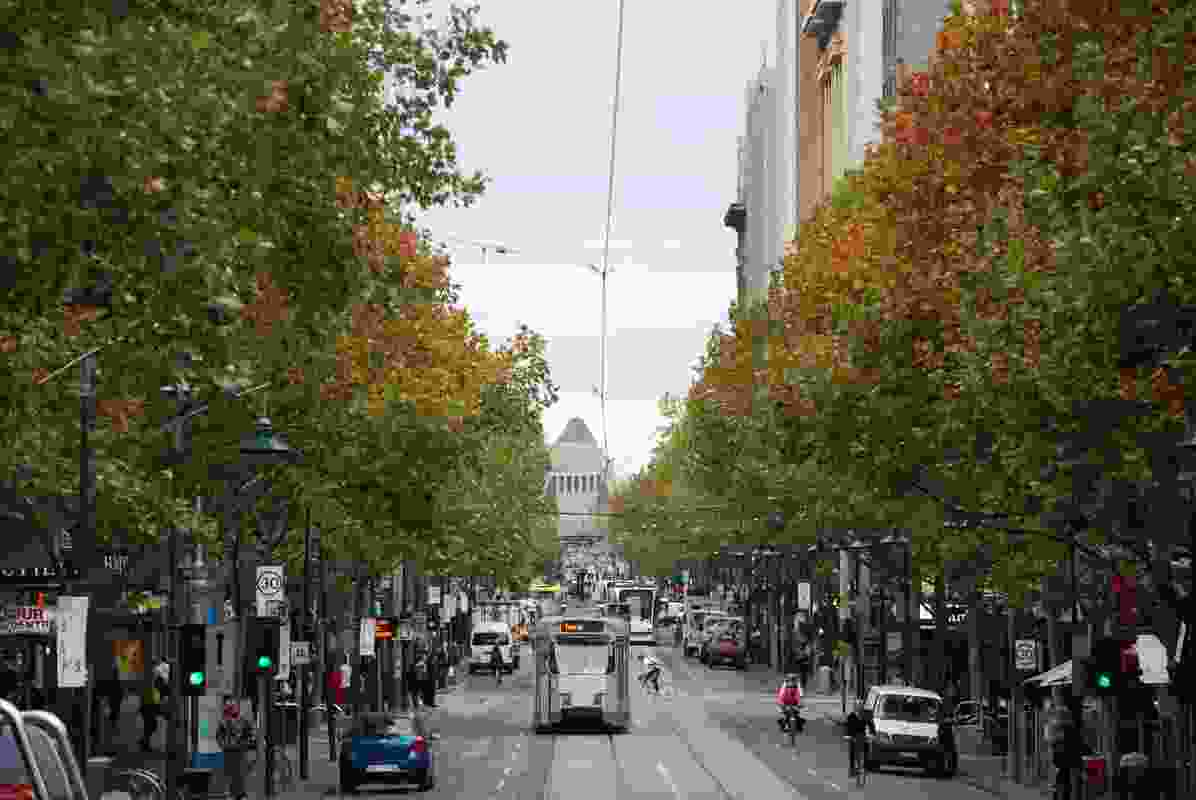