Around 40 percent of the Macquarie Point development area will be made up of open space.

The Museum of Old and New Art (MONA) will play a key role in shaping the public space for a project that has been described as Hobart’s “Sydney Opera House moment.”

MONA and the MPDC signed a statement of intent at the end of October that confirmed the two organizations will work together on the site’s public spaces, including the Goods Shed Plaza, the Goods Shed Park and the former cold store site. The statement said the approach to the public spaces would “offer an alternative experience to ‘public realm’” and “challenge conventional thinking and expectations.”

MONA’s creative director Leigh Carmichael made the comparison between the new site and Sydney’s Opera House in an interview with ABC News.

“The most important thing for us now is to get down there and have a look at the site and try and understand it, and then we’ll go away and do some whiteboard sessions to see what we can come up with.”

Carmichael pointed to the success of the Dark Mofo winter festival, which was organized by MONA and held over ten days in June this year. The Macquarie Point site was used for part of the event and attracted around 76,000 people through features including a steel fire organ fitted with harmonically-tuned flame throwers.

“Our starting point is what we believe Hobart needs as a city, trying not to duplicate anything we already have,” he said. “I do think Hobart needs a space where a large number of people can gather for community-style events.”

“It’s a simple brief at this point but I think the words unconventional and boundary-pushing were part of that.”

The 11-stage project is projected to take until 2030 to complete. 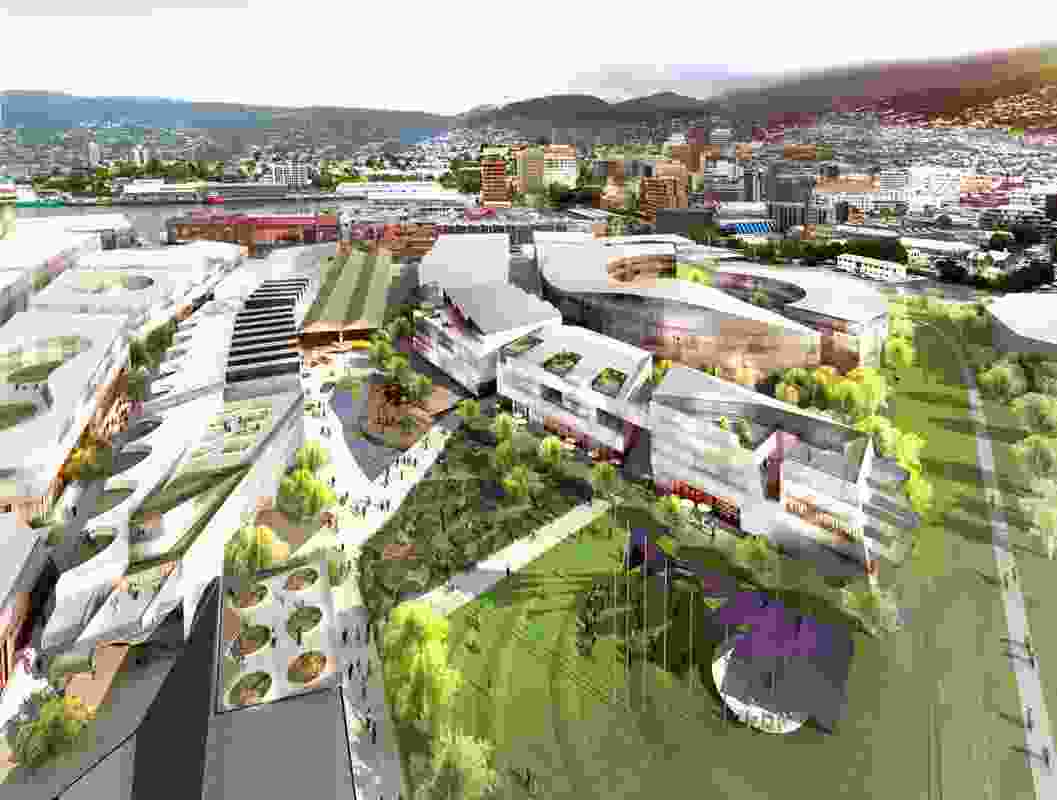 Around 40 percent of the Macquarie Point development area will be made up of open space. 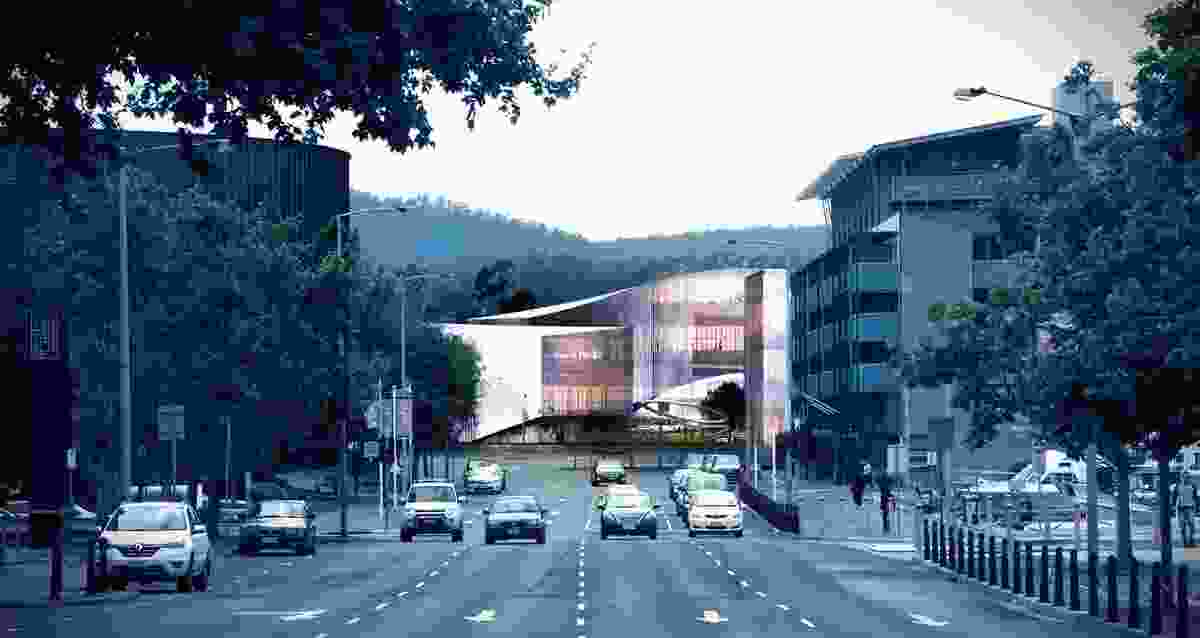 The view of the round house from Davey Street towards the intersection with the Tasman Highway. 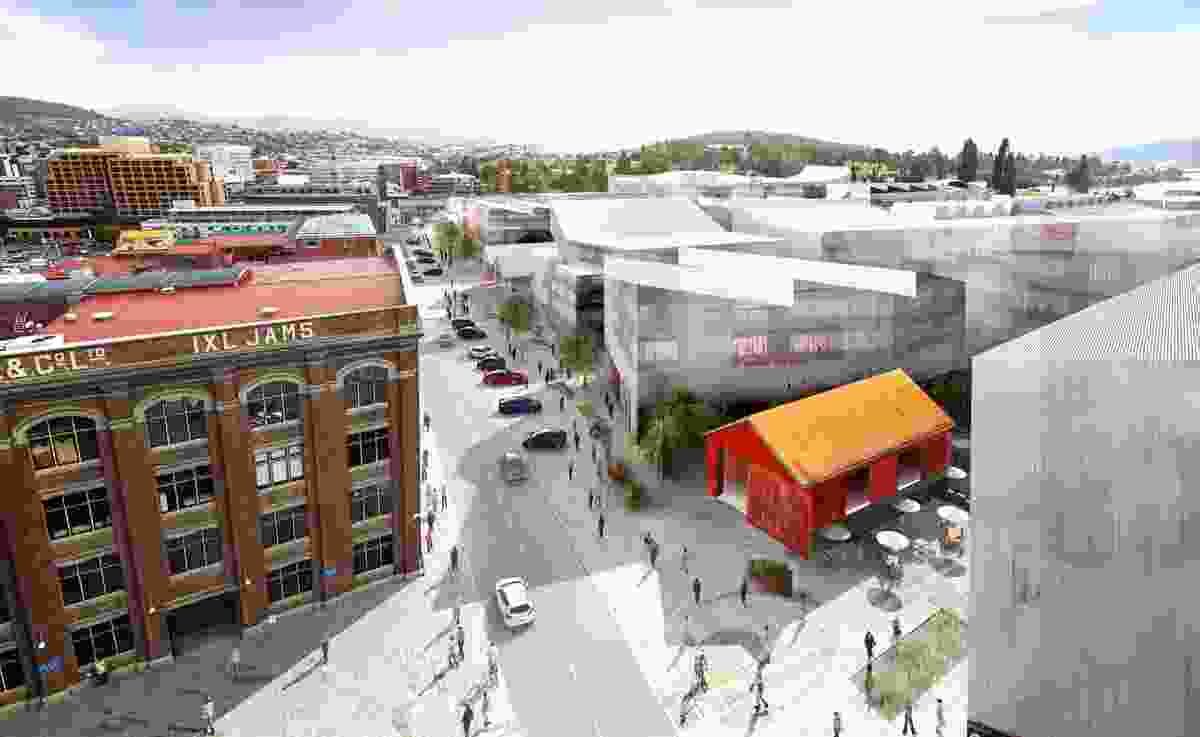 The view down Evans Street towards the intersection with the Tasman Highway.

The view across the forecourt towards the Red Shed and the water. 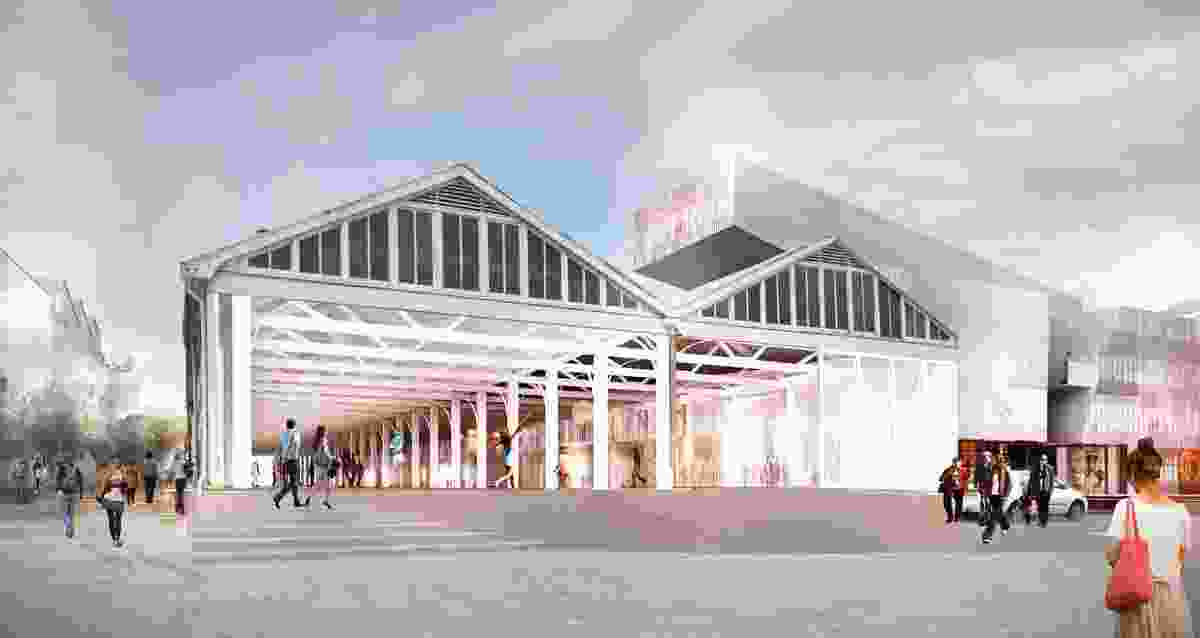 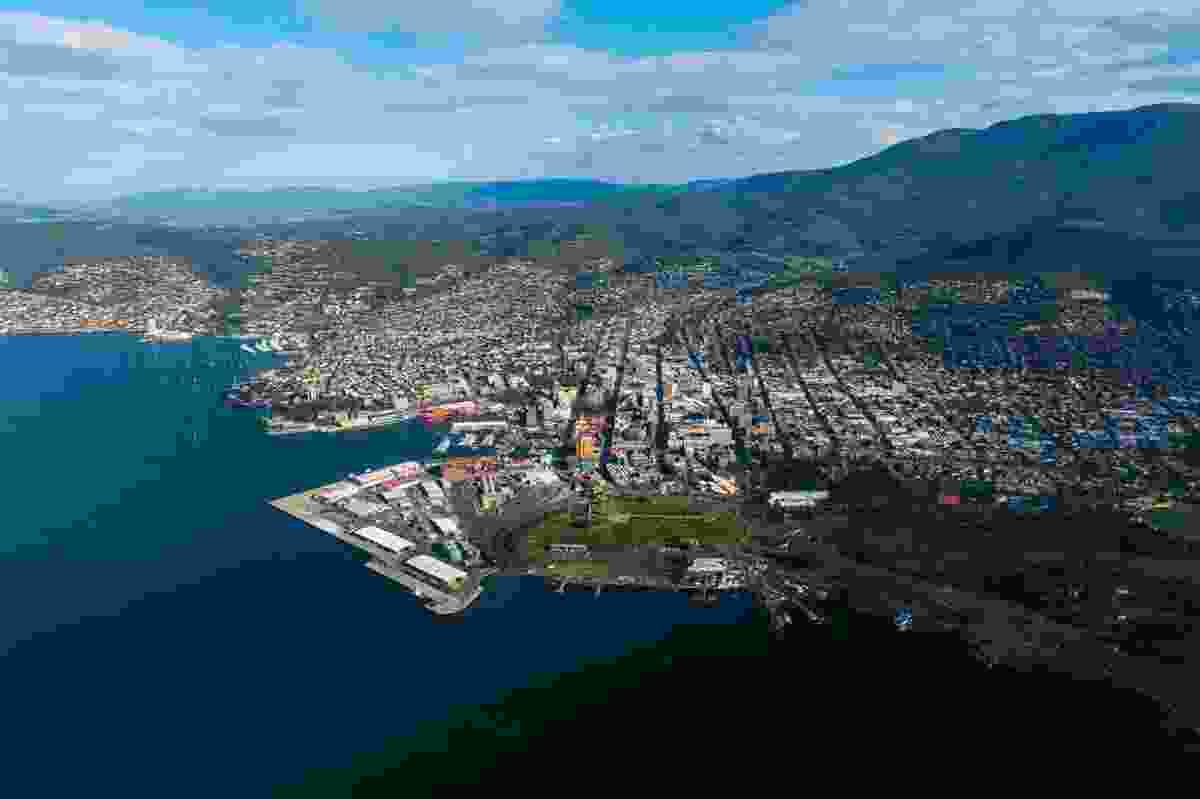 In June, the Macquarie Point Dev­elopment Corporation released a masterplan for the development of a nine-hectare site on the River Derwent that incorporates old rail yards.