On the ground in Venice, Cameron Bruhn reports on the newest entry to the country pavilions: New Zealand’s Last, Loneliest, Loveliest.

The sides of the fabric ‘tent’ are imprinted with images showing the Pacific tradition of building, and its arrival and evolution in New Zealand.

For the first time ever, New Zealand has its own pavilion at the Venice Architecture Biennale, which opens to the public 7 June 2014. To represent their country, the New Zealand Institute of Architects selected a team lead by architect David Mitchell of Mitchell & Stout to send to the exhibition.

The New Zealand team responded to the Biennale exhibition theme, Absorbing Modernity: 1914-2014, with Last, Loneliest, Loveliest – a walk-through of the annals of New Zealand architecture. David Mitchell says it embraces Pacific architecture and the complicated story of modernity in New Zealand: “For much of last century, we were carrying a lot of British imperial baggage. We’ve slowly shucked that off. Also, the relations between Mãori and Europeans in New Zealand are now richer and far more interwoven than they were.”

The installation, named by Wallpaper* magazine as one of the top 25 exhibitions to visit, includes buildings familiar to New Zealanders, such as the Shigeru Ban’s Cardboard Cathedral, the Auckland Art Gallery by Francis-Jones Morehen Thorp and Archimedia, (named 2013 World Building of the Year), the Futuna Chapel and Miles Warren buildings from the 1960s. It will remain open at Palazzo Pisani Santa Marina until 23 November 2014. For more on the New Zealand’s exhibition in Venice, click here. 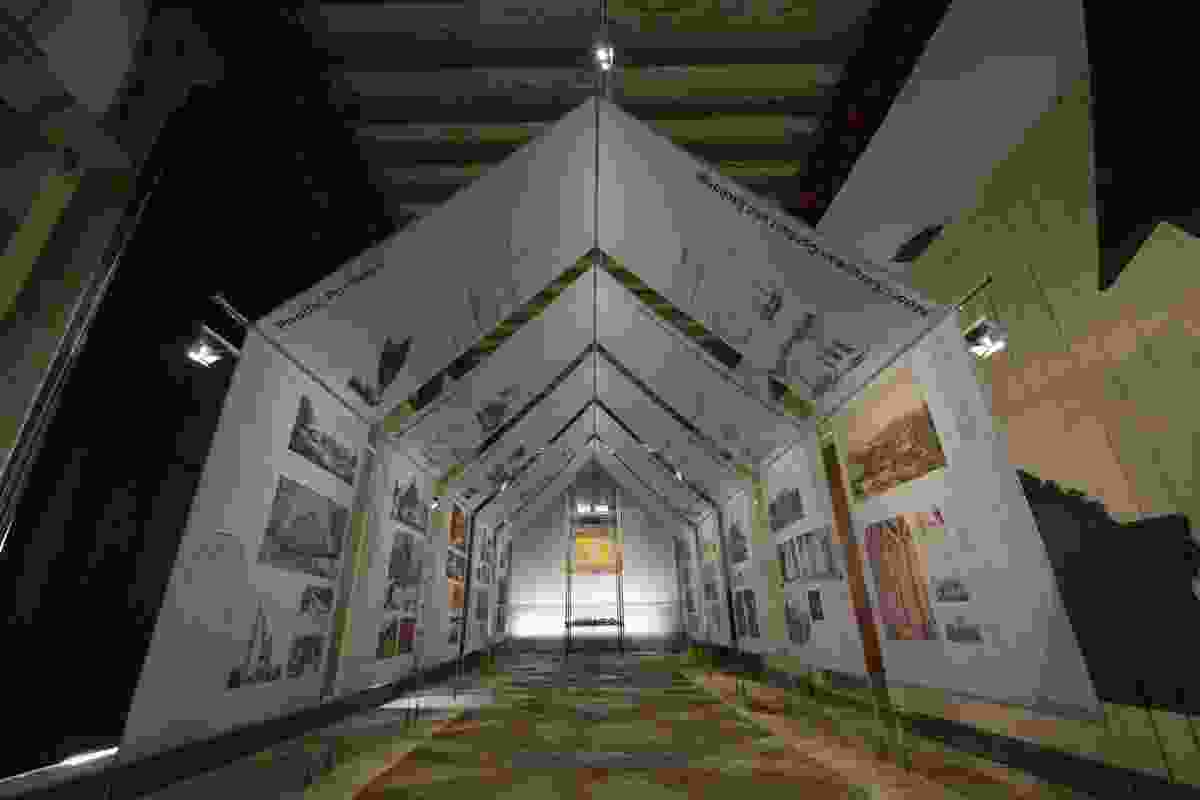 The sides of the fabric ‘tent’ are imprinted with images showing the Pacific tradition of building, and its arrival and evolution in New Zealand. 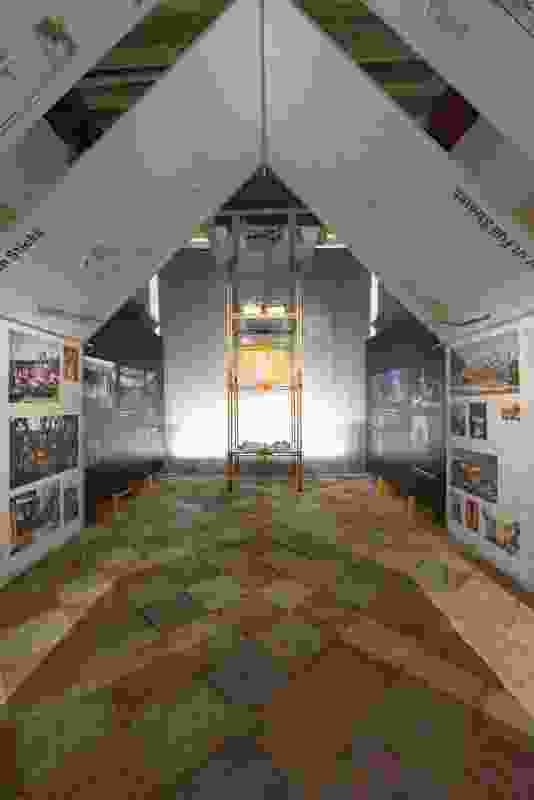 Looking through the tent-like structure that is the main element of the exhibition. 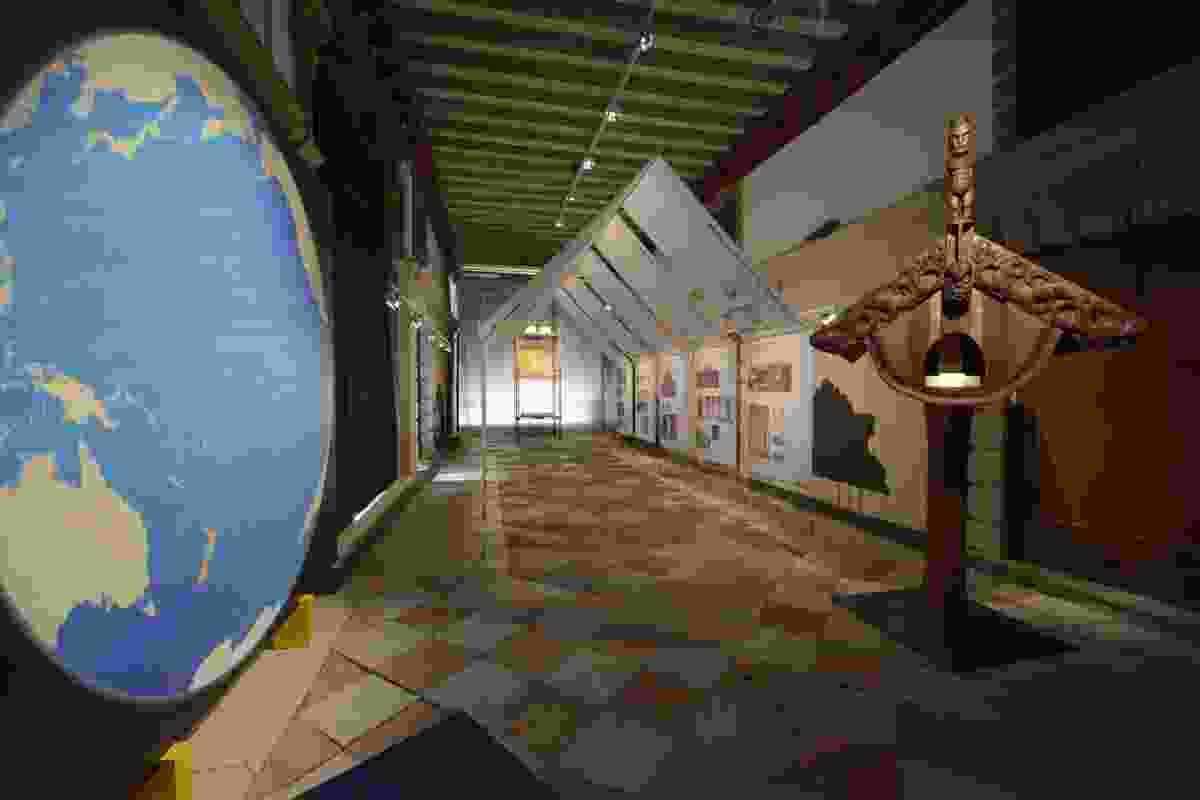 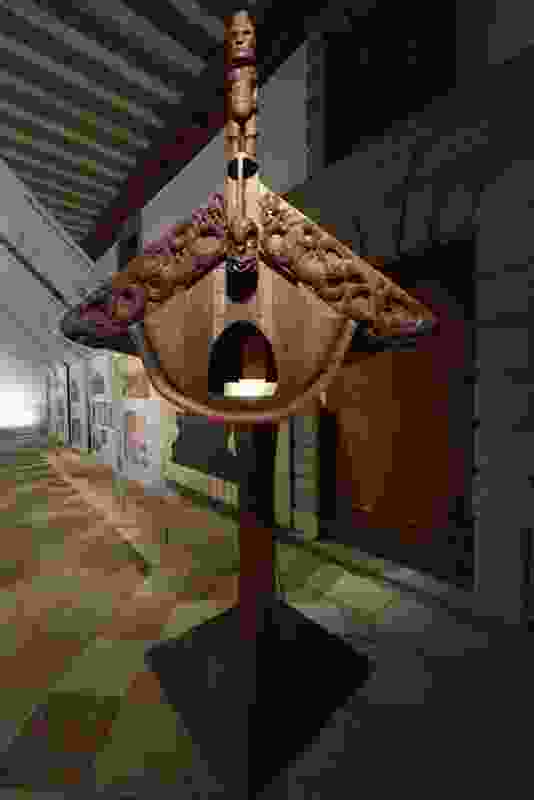 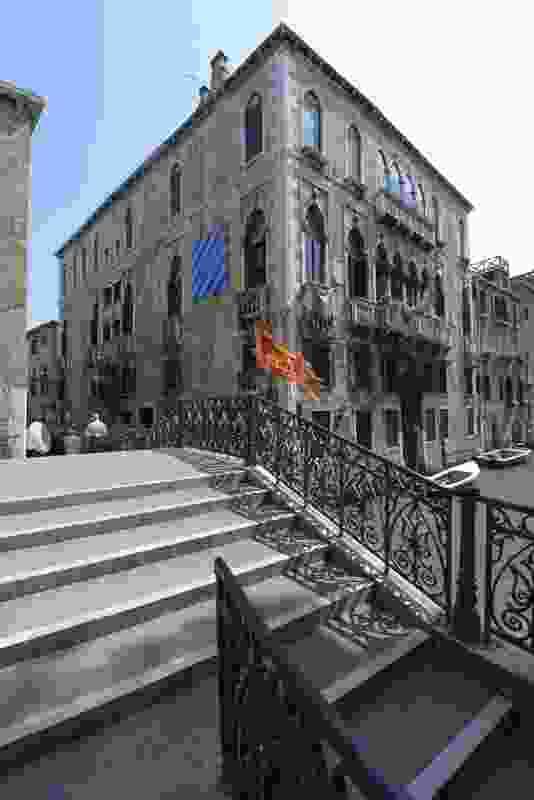 Palazzo Pisani, Cannaregio, the site of the New Zealand Pavilion at the 14th International Architecture Exhibition. 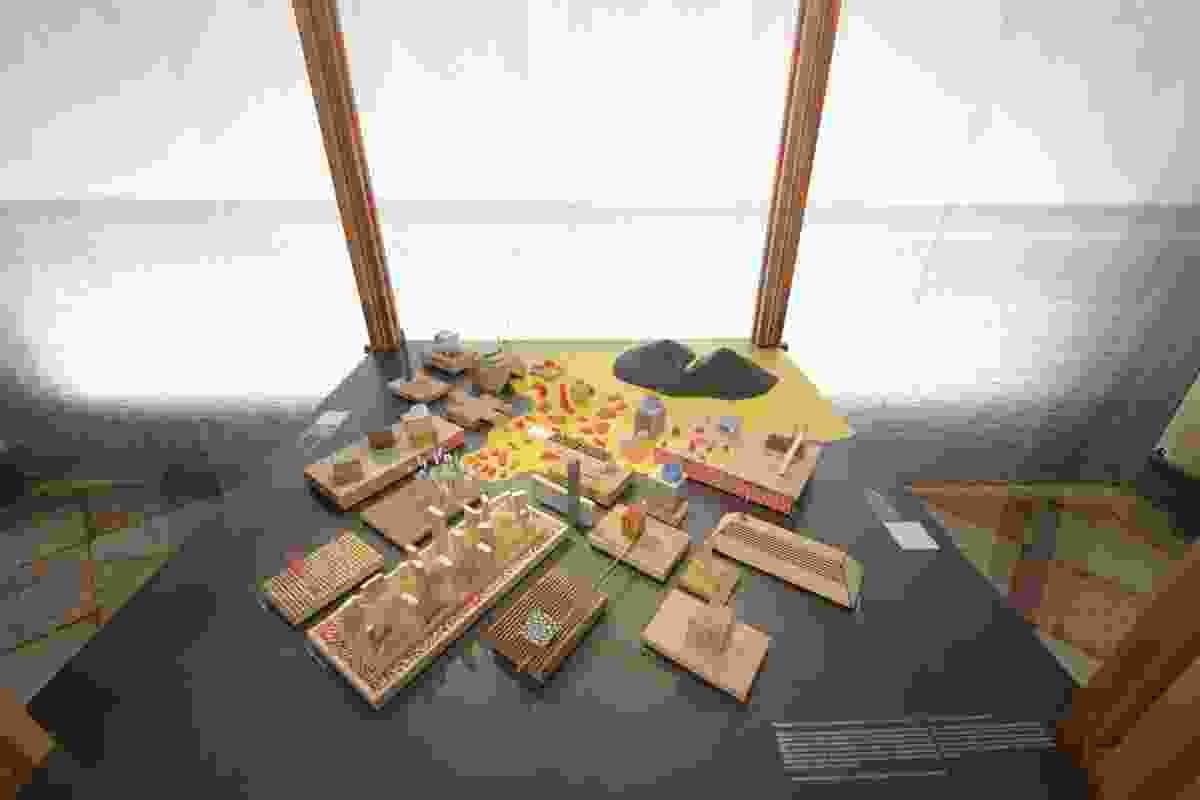 Models and illustrative panels by Frances Cooper making the case for an alternative and more ‘Pacific’ way of inhabiting the Auckland waterfront. 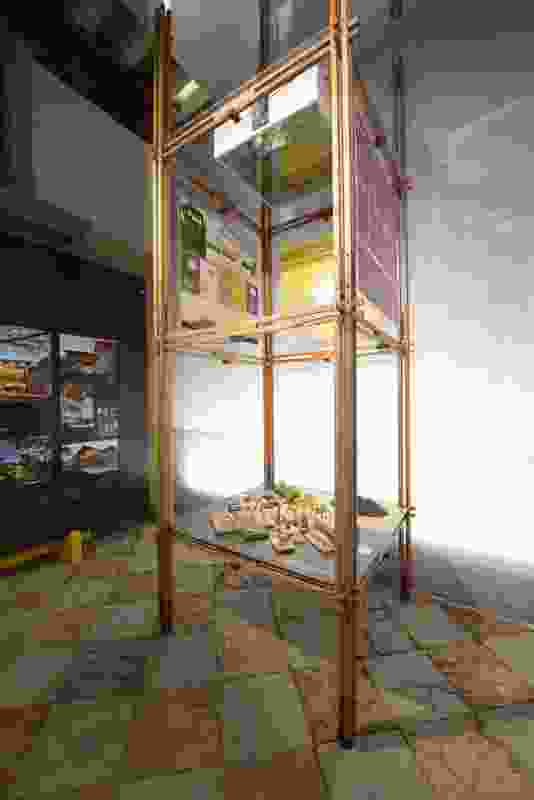 A small tower points to the development of light-weight, post-tensioned timber construction technologies in the wake of the Christchurch earthquakes of 2010 and 2011. A view of the Auckland War Memorial Museum towards the Māori court in 1929. 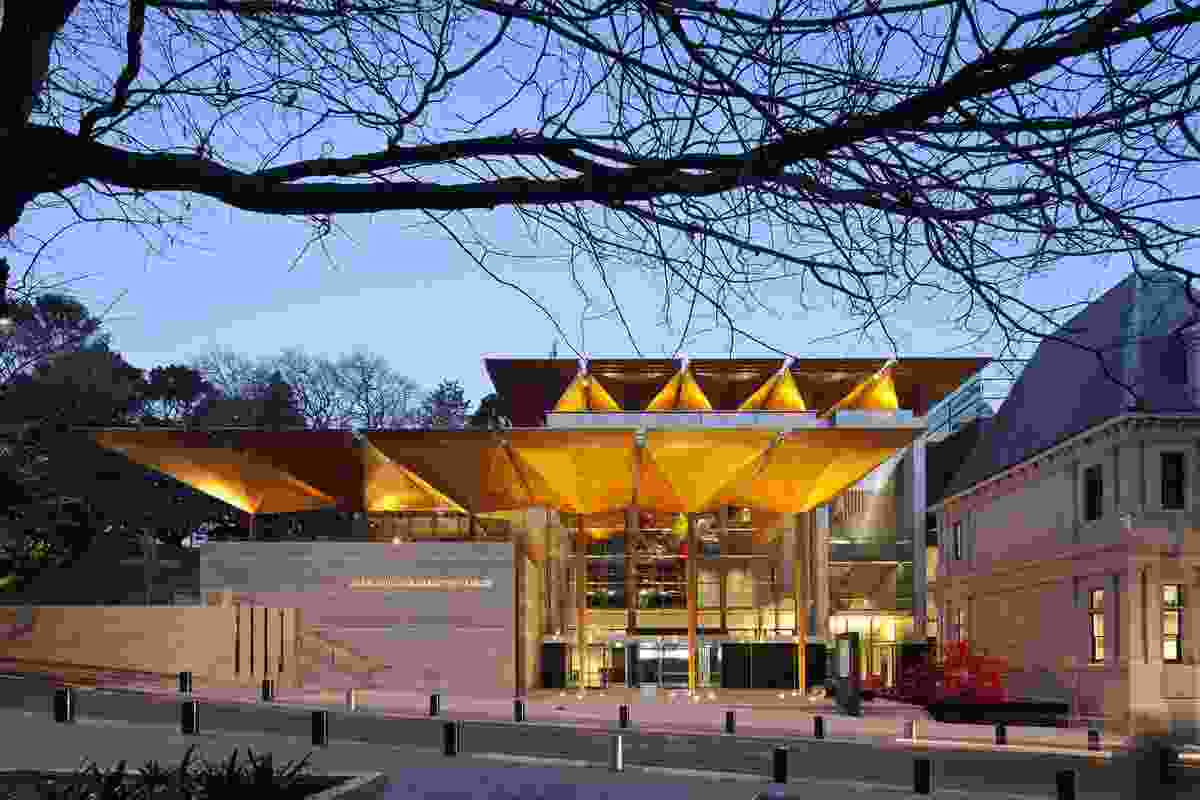 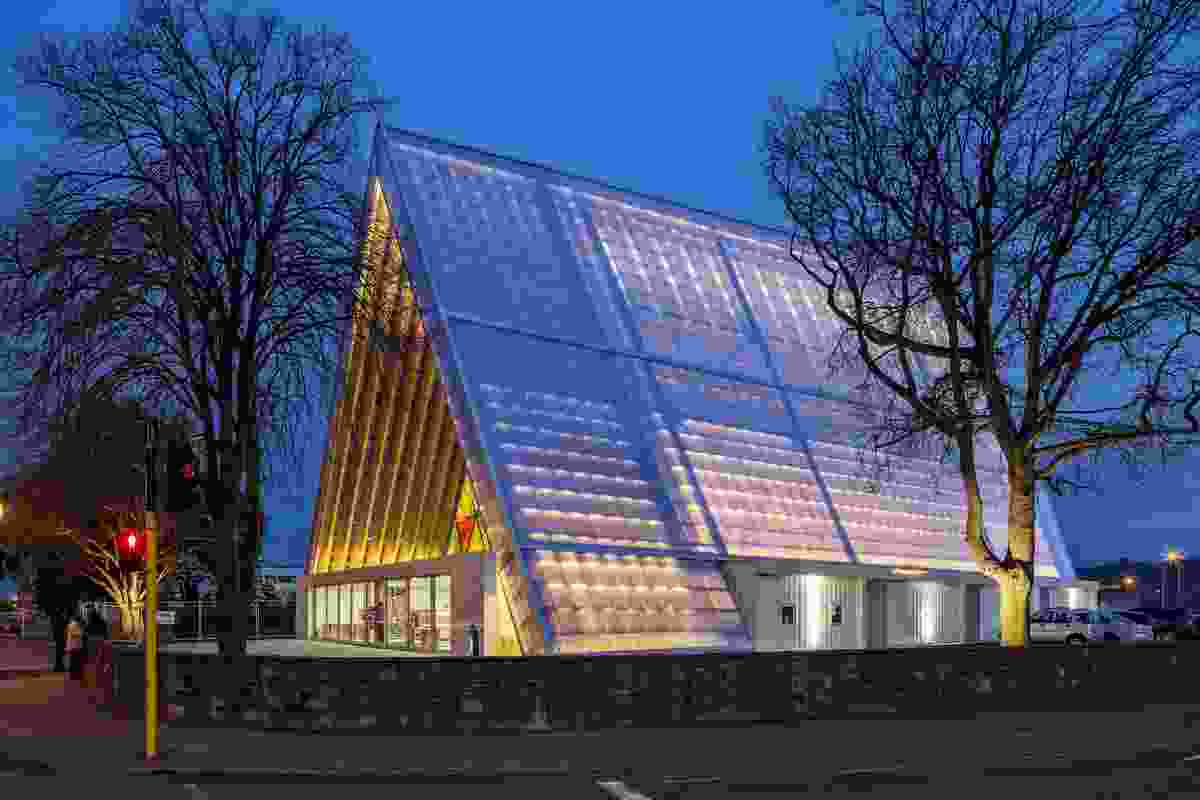 The Cardboard Cathedral in Christchurch, designed by Shigeru Ban Architects, 2013. 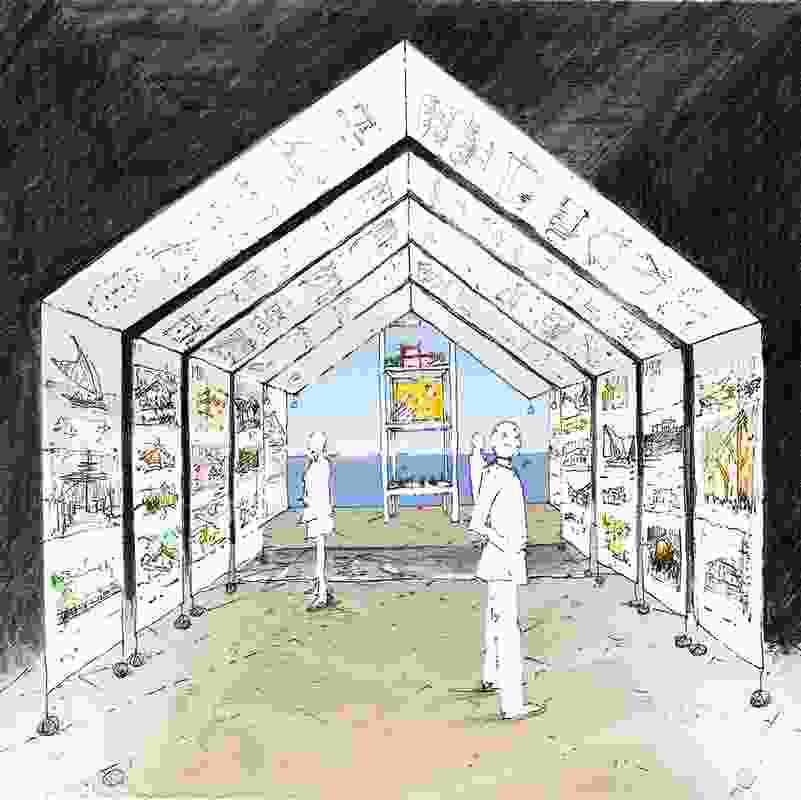 A concept sketch for the New Zealand Exhibition at the 14th Venice Architecture Biennale by Julie Stout, 2014. 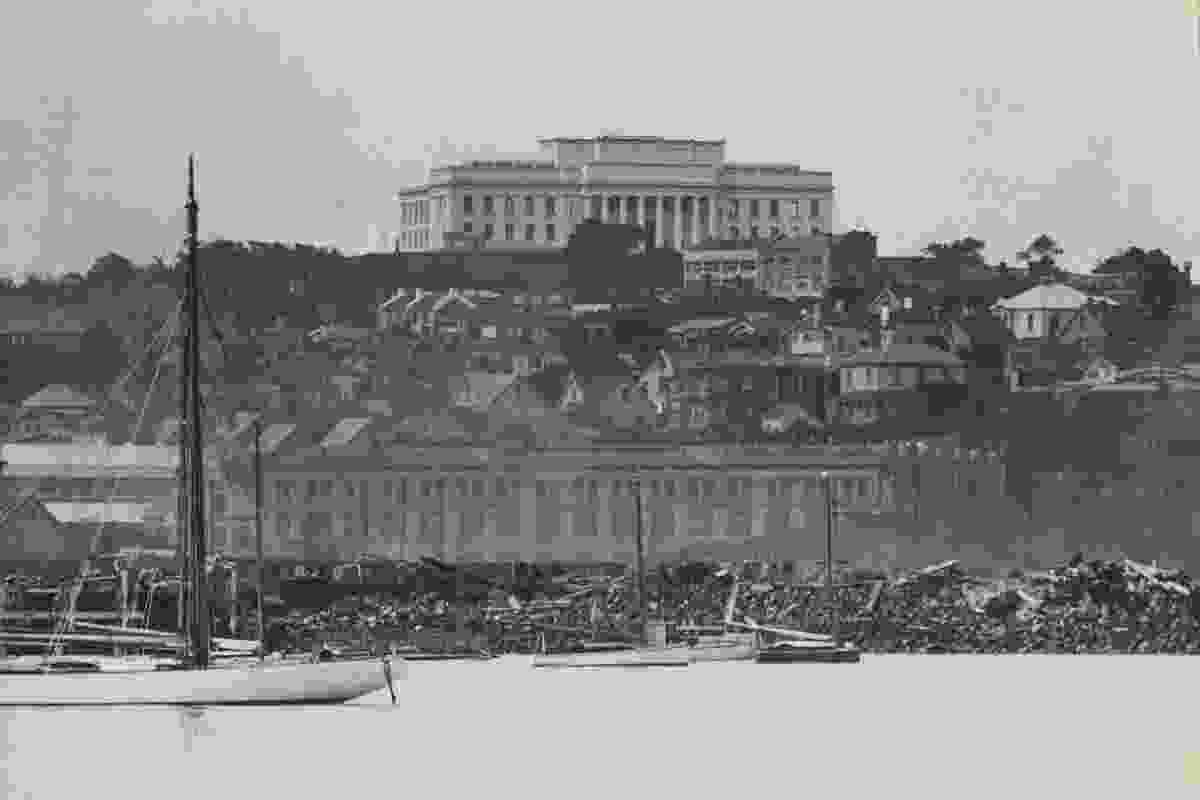 A view of the Auckland War Memorial Museum from Mechanics Bay in 1929. 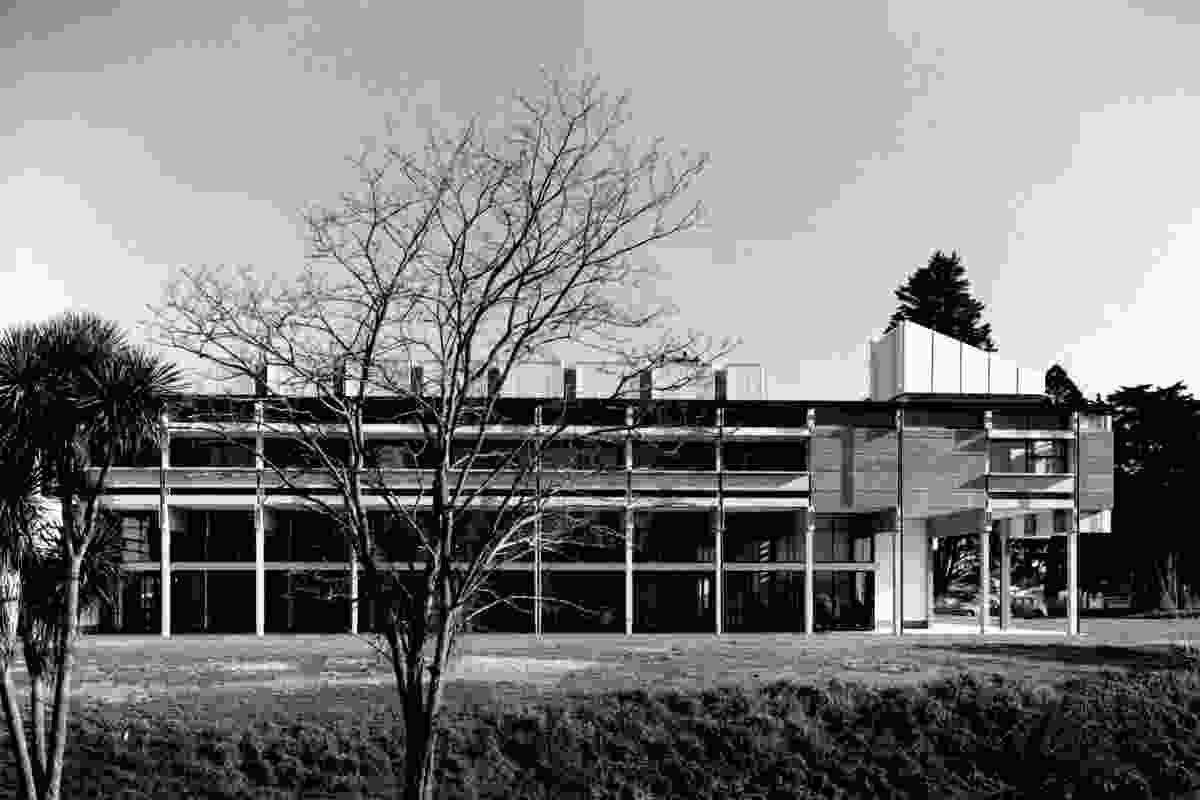 The University of Canterbury Student Union Building in Christchurch designed by Warren & Mahoney, 1967.