With an emphasis on design quality and detailing, this home by Powell and Glenn and Mim Design fuses the classic and contemporary to reimagine apartment living as generous and bespoke.

The apartment’s spacious floor plan and focus on high quality details imbue it with a sense of timelessness. Artwork: Kayleigh Hetdon.

The term “downsizing” is a relative one. While most downsizers’ needs are catered for by the deluge of standardized apartments being constructed in Australia’s inner-city suburbs, there also exists a population of homeowners who seek the benefits of low-maintenance apartment life without losing any of the amenity their previous homes offered. The four apartments of Sussex deliver this amenity in spades: each one is approximately 260 square metres, significantly larger than both the average Australian apartment (125 square metres) and the average Australian house (230 square metres) built between 2017 and 2018. Despite this size, each of the four dwellings has been beautifully planned to feel like a comfortable and generous family home rather than a bloated “McApartment.”

Located in Brighton in Melbourne’s inner south-east, Sussex is surrounded by polite beauty: a mix of graceful Federation-era homes, faux- historical mansions with embellishments appropriated from overlapping styles (copy–paste method) and a growing mass of contemporary houses seemingly competing to erase all character with their slick boxes (delete method). Within this context, Powell and Glenn Architects and Mim Design have created a contemporary building imbued with what project architect Ed Glenn describes as “a sense of age, like an eroding artefact,” proving that a modern architectural language can have both character and gravitas without copying, pasting or deleting.

The elevation to the street embodies this notion best. Its monolithic white mass, punctured by deeply recessed windows, appears to peel away from the main building and stand freely like the remnant of an ancient ruin. This element is created using a curious double curve, which Glenn notes is “a device to disrupt the relentlessly orthogonal grid defining the local streets.” It is part of an ongoing study by Powell and Glenn into the qualities these deliberately imperfect, or “human,” curves can impart. Similar explorations of these disjointed geometries can be seen in the curving rammed-earth walls of TarraWarra Museum of Art in Victoria, also by the practice.

The apartments are generous in both their spaciousness and quality of finish, characteristics that are rare to find in a multi-residential development, even more so in one that is completely speculative. Each apartment is planned to make the most of the east–west oriented site, with courtyards, balconies and living areas taking full advantage of the long northern aspect, while bathrooms and bedrooms are wisely located to the south. Entry from the street is also from the south, with a series of portals framing a notional threshold to the lobby shared by all four residences.

The entry to the ground floor apartment is a carefully composed event. A small antechamber off the lobby invites a brief pause before drawing occupants either along the gracefully curved and warm timber-lined hallway to the formal dining area, past a series of discretely recessed bedroom doors, or directly into the north-facing kitchen and entertaining areas. It’s a nice choice to have and this sequence reminds me of the seldom-used front door to most Australian homes, reserved only for those who don’t yet know to just head straight around the back.

The kitchen, as Miriam Fanning of Mim Design notes, was designed to appear as if it had been “dropped into place,” a semblance that arises thanks to the softly curved hallway and its timber lining, which allow the kitchen to stand alone in the space. This hallway wall, like the glass sconces and many other bespoke items in the apartment, draws on the architects’ interest in the “imperfect” curve. Miriam says that a significant amount of time was spent achieving just the right quantum of “unsettling” in the hall’s final curvature.

The warm and restrained palette of the interior finishes is completely in sync with the intent to create a timeless building. The apartment features polished plaster, alive with the hand of the craftsperson, which bounces a beautifully diffuse light rather than absorbing it as conventional plasterboard would. In the kitchen and bathrooms, the floors, walls and vanities feature improbably large slabs of warm grey stone instead of the typical skin of tiles, evoking a sense that the space has been hewn from a monolithic form rather than assembled from thin surface finishes.

Wherever one looks there is an incredible level of harmony in the resolution of the architecture and interior details, something that has perhaps been made possible by a development model in which the design is unfettered by the whims of future residents. Or perhaps this is precisely what we should expect when two highly regarded and experienced design practices combine forces. 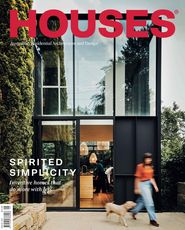 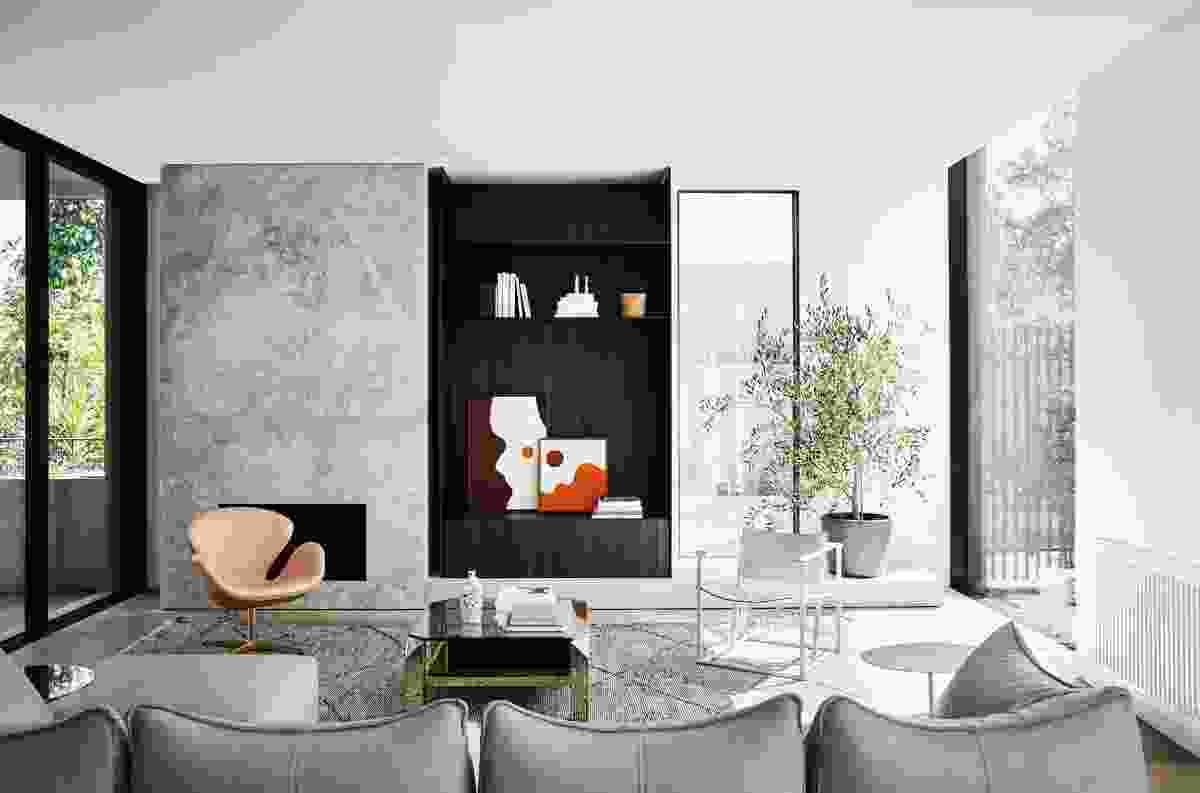 The apartment’s spacious floor plan and focus on high quality details imbue it with a sense of timelessness. Artwork: Kayleigh Hetdon. 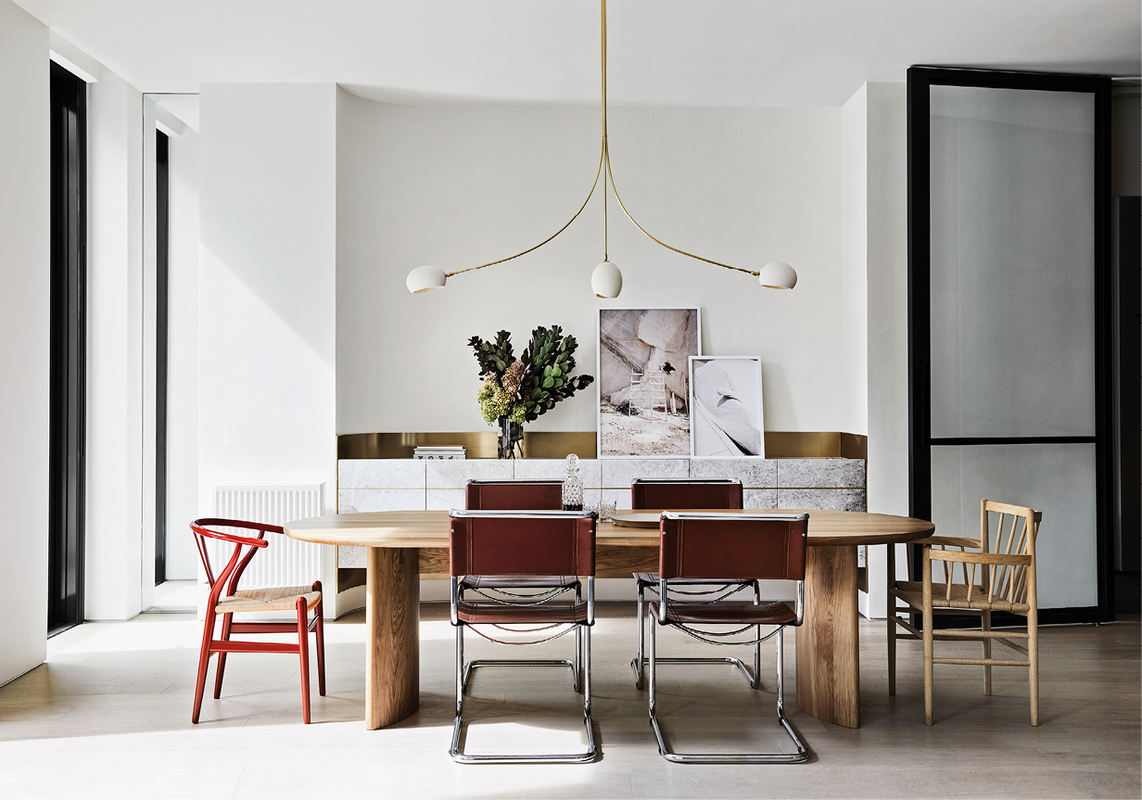 Through a careful choreographing of light, form and materiality, the architects have crafted an elegant and functional home. Artwork: Sean Fennessy. 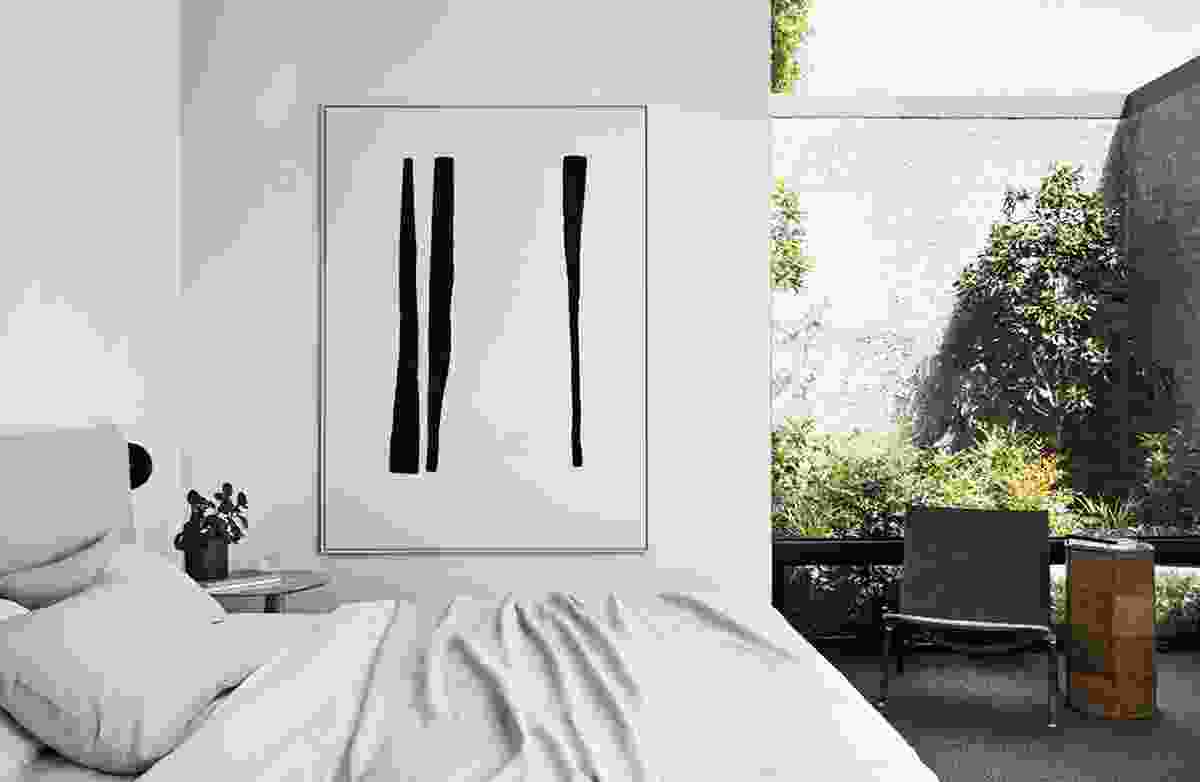 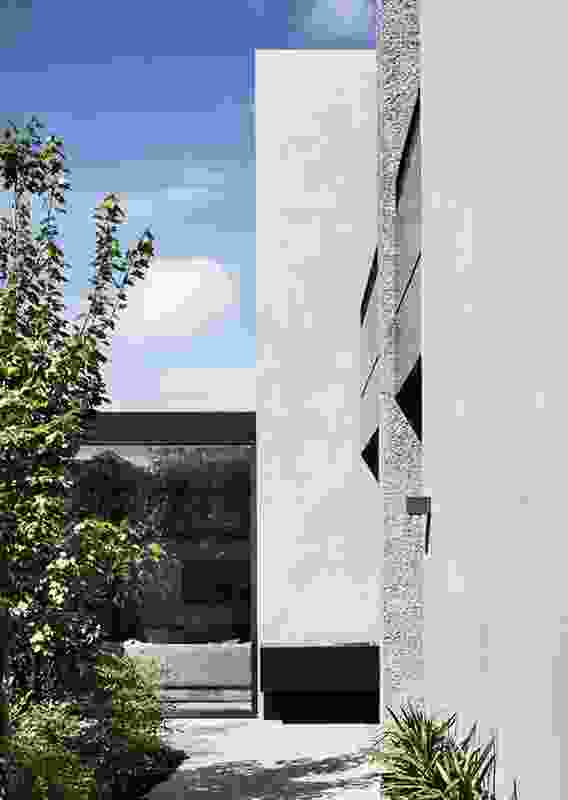 The building’s exterior has a sense of age that sits comfortably beside the “polite beauty” of neighbouring houses. The restrained palette and monolithic qualities of the building are mirrored in the kitchen’s minimal geometry.