Artist’s impression of the new Administration and Media Building at Melbourne Park by Hassell.

Hassell has unveiled its design for Melbourne Park’s new Administration and Media Building. The practice was appointed by Major Projects Victoria for the design of the eight-storey building in November 2014, following a design competition.

The site for the proposed new building is an existing carpark located on the northern edge of the Melbourne Park precinct, between the existing function centre and the tramway. When completed, the building will be home to the headquarters of Tennis Australia, Melbourne and Olympic Park’s Trust, as well as a temporary home to some 600 media personnel from 300 local and international outlets during the Australian Open tennis tournament.

“Our concept creates connections with the many event and sporting venues at Melbourne Park,” said Hassell principal Glenn Scott. “It will also deliver an enhanced working environment for its future occupants.”

The project is part of the $338 million Stage Two redevelopment of Melbourne Park, which also includes the refurbishment of Rod Laver Arena by Cox Architecture and a new pedestrian bridge by John Wardle Architects and NADAAA. Stage Two follows the completion of Margaret Court Arena, which was opened in time for the 2015 Australian Open. The Administration and Media Building is due for completion in 2016. 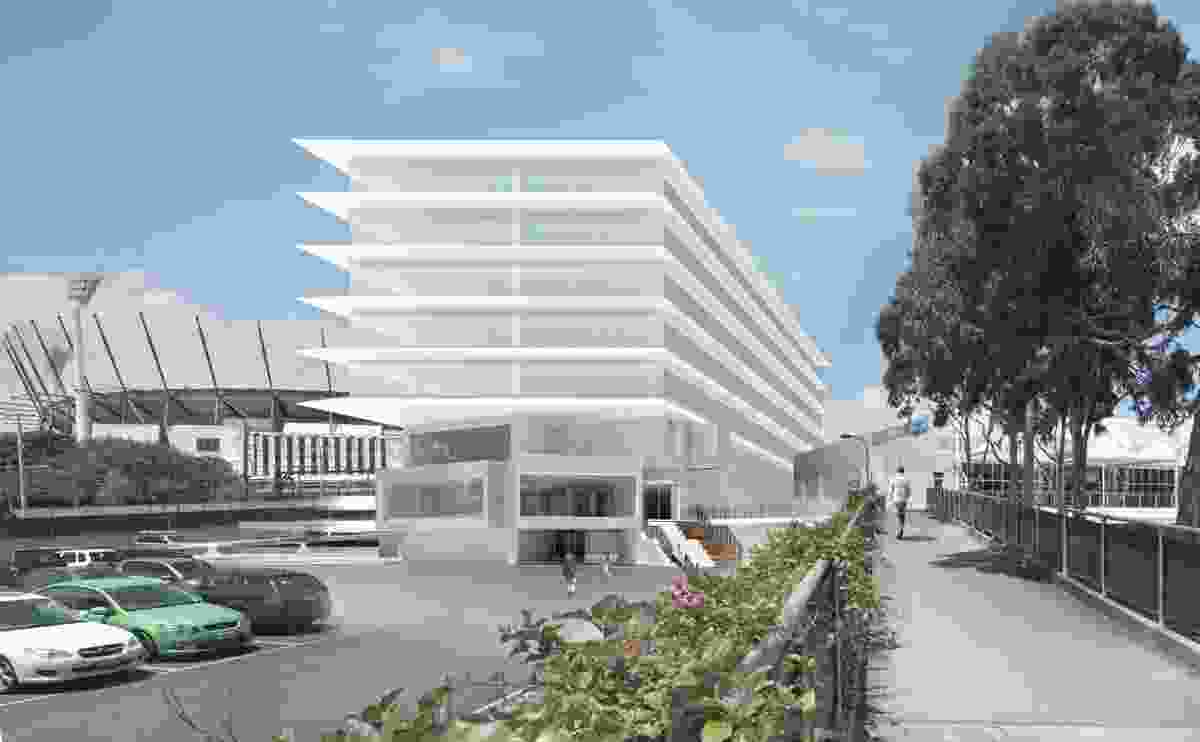 Artist’s impression of the new Administration and Media Building at Melbourne Park by Hassell. 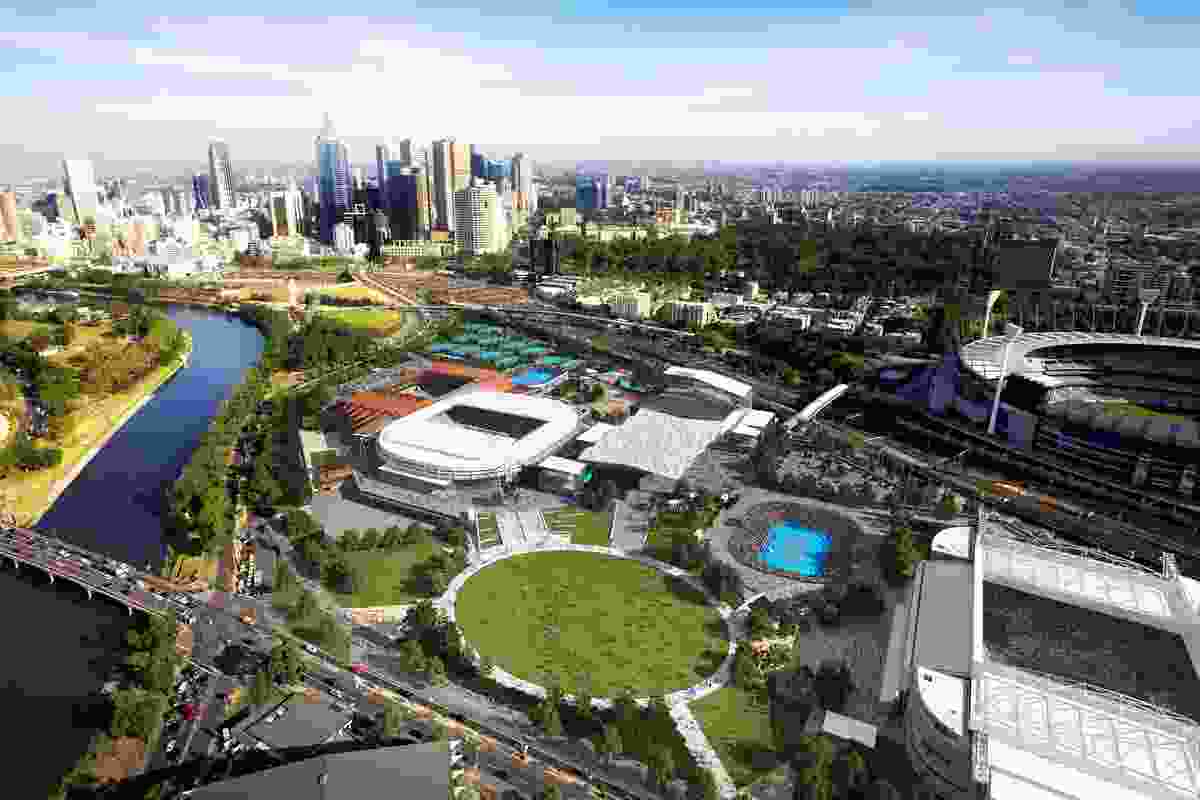 Artist’s impression of Melbourne Park precinct. The new Administration and Media Building is located on the northern edge of the site.