A new world: surviving a crisis

Rory Hyde asks what sort of world we want to re-enter when we emerge from the height of the COVID-19 pandemic. How can architects grasp this opportunity to reshuffle priorities, and work in partnership with government, universities and industry to synthesize the complex demands of this new world, to build an equitable and exciting future?

We have a chance to dream of a new way of organizing the world. And as architects, we have an opportunity to play a central role in designing that world.

Looking out of my window in locked-down London, the world looks much as it did a few months ago, and yet everything has changed. Even leaving the house has become a trial. Everyday interactions – a handle, a button, a handshake, a conversation – have taken on a sense of dread, tainted by the threat of infection. Confined to the house and the family, the things that once defined our routines – buying takeaway coffee, squeezing onto the train, making small talk with coworkers – are distant memories. Instead, we are cycling, Zoom-ing, home-schooling, hand-sanitizing and, most of all, dreaming. Dreaming of what’s next. The pandemic has allowed us to step off the hamster wheel for a moment, to glimpse another future. When all of this is over, what kind of a world do we want to live in? There’s no going back to normal, but what we go back to is as yet undefined. We have a chance to dream of a new way of organizing the world. And as architects, we have an opportunity to play a central role in designing that world.

The structure of this new world is already becoming apparent in many small ways. Working from home is currently the norm for the majority of workers, with many companies planning to radically reduce their office space after the crisis. This will require new kinds of spaces in the home: quiet spaces conducive to work (and with a flattering backdrop for video calls). For those who miss the camaraderie of the workplace, we could imagine double garages transformed into neighbourhood office hubs – perhaps one on every street, exchanging a draining commute for a short walk. Schools, too, have been thrust into the home, revealing the limitations of open-plan living, where the sound of the television is distraction, and the fridge temptation. How might we conceive of new kinds of domestic spaces with ambient oversight, where parents can help with a maths clue while cooking dinner? And how might we also conceive of the home as a space for caring? As the elderly are disproportionately affected by this virus, we could see the return of multi-generational living, presenting new design challenges around living together while retaining independence. Australian architects are well prepared for this, practised as they are in the house extension and the clever adaptation.

This new world is becoming apparent in large ways, too – at the scale of the city and the region. While public transport seeks to reduce numbers and insists that passengers wear face masks, the bicycle has emerged as the safest mode of transport. Cities across Europe – notably Milan, Paris and London – are investing heavily in new cycle lanes to shift commuters onto bikes, and to encourage them to continue cycling even once the pandemic has passed. More than just investment, this new infrastructure requires the design intelligence of architects, to reconceive of the street as safe for all modes and abilities.

These ideas aren’t new. Many of them, for example, have already been promised as part of Melbourne’s plan to become a “20-minute city” (where most daily needs can be met within a short walk from home). The pandemic merely pulls these promises into closer focus, and the need to restart the economy offers the excuse to get building. Architects can help bridge the gap between ambition and reality, to help ensure that these plans are executed (and not merely shelved with the next change of government).

At the scale of the building, the pandemic has exposed cracks in the infrastructure of care, demanding new hospitals are built and existing ones upgraded, especially as our population ages, and in preparation for the next crisis. Just as important, if not more so, are the frontline workers who staff these vast institutions, risking their lives to provide us with care. It’s no longer tolerable that they be priced out of the city, enduring long commutes; they deserve centrally located, affordable housing, just as returned servicemen and women were awarded after World War II.

At scale, the accumulation of these extensions and adaptations describes a new world – one that is more equal, tolerant and supportive of each other and of the environment. And it is one that architecture, with its unique combination of the visionary and the pragmatic, is well placed to bring about.

And yet, nobody is going to ask us to build this future. Not to begin with, anyway. No longer looked to for the reorganization of society, architects are commonly dismissed as aesthetes interested only in their own portfolios. This public perception bears little resemblance to the breadth of spatial intelligence and civic purpose for which architects are trained, but which was sidelined in the past two decades spent working for property developers instead of the public. How can we re-cast what we do as urgent and necessary?

Instead of waiting for the phone to ring, we will need to go where we are needed. To redirect our professional stance as proactive, rather than reactive. To develop new forms of practice beyond that of the private office – in partnership with city agencies, universities and industry. To operate at scale, developing new toolkits to share knowledge and enacting transformation city-wide. And to think further upstream, to create the possibility of a project – to conceive of its purpose, how it is funded and whose problem it will solve – rather than merely giving form to it.

This will be neither easy nor glamorous. Much of this work is needed at the middle to low end of the market – unfamiliar territory for most architects. At a time of high unemployment and mounting debt, how might these interventions help homeowners to avoid foreclosure, for example? Can we imagine an architecture that creates more value than it costs? Without considering this broader economic context, we won’t be able to reclaim this public relevance.

Thankfully, since the global financial crisis, we are better prepared to make these shifts. Following 2008, a whole generation of architects emerged into a discipline defined by its precarity, and have had to develop ways of working outside the norm. They are working as cooperatives, in the humanitarian sector, in research agencies, in the public sector, and – on the other side of the table – as clients, developers, policymakers and advocates. Many have left architecture, often out of necessity rather than choice, to apply their skills in the tech industry, product design, museums, even politics. From these new vantage points, they show how architectural agency can be applied in different ways, working with different kinds of people and addressing different kinds of questions.

Where does all of this take us? What kind of a world might we find ourselves in? We have a chance to make a world where priorities are reshuffled in favour of families, communities, care and the environment. A world where people have time to help each other and to return to those things they feel are important. A slower, saner world in which we have stepped off the hamster wheel we scrambled around as recently as January.

But building this world will not be easy, and it is far from inevitable. There’s another path – a path of more of the same. Instead of a city of bike lanes and hub working, we may have a world of more highways and gig workers, further reinforcing the divisions between those receiving deliveries and those doing the delivering. To avoid this path and follow a new vision, architects – in coalition with other city-making professions – will need to step forward and raise their hands.

Drawing on our collective capacities of imagination and pragmatism, we can plant a flag up ahead and provide a detailed plan of how to reach it. Instead of applying our skills of coordination and collaboration to buildings, we will need to apply them to society. Architects have the ability to synthesize the complex demands of this new world, to transform them into an equitable and exciting future, and to design the practical means to bring this future about.

In this brief moment of upheaval, we have the chance to repurpose our cities to prepare them for the shocks of the coming century. Having demonstrated our civic purpose and strategic ability, reaffirming our value in the eyes of the public, we might even save architecture, too.

— Rory Hyde is curator of contemporary architecture and urbanism at the V&A, London. Thanks to Dan Hill for informing some of the ideas in this discussion. 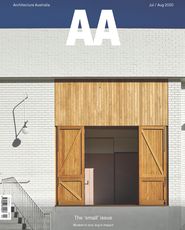 A new world: surviving a crisis 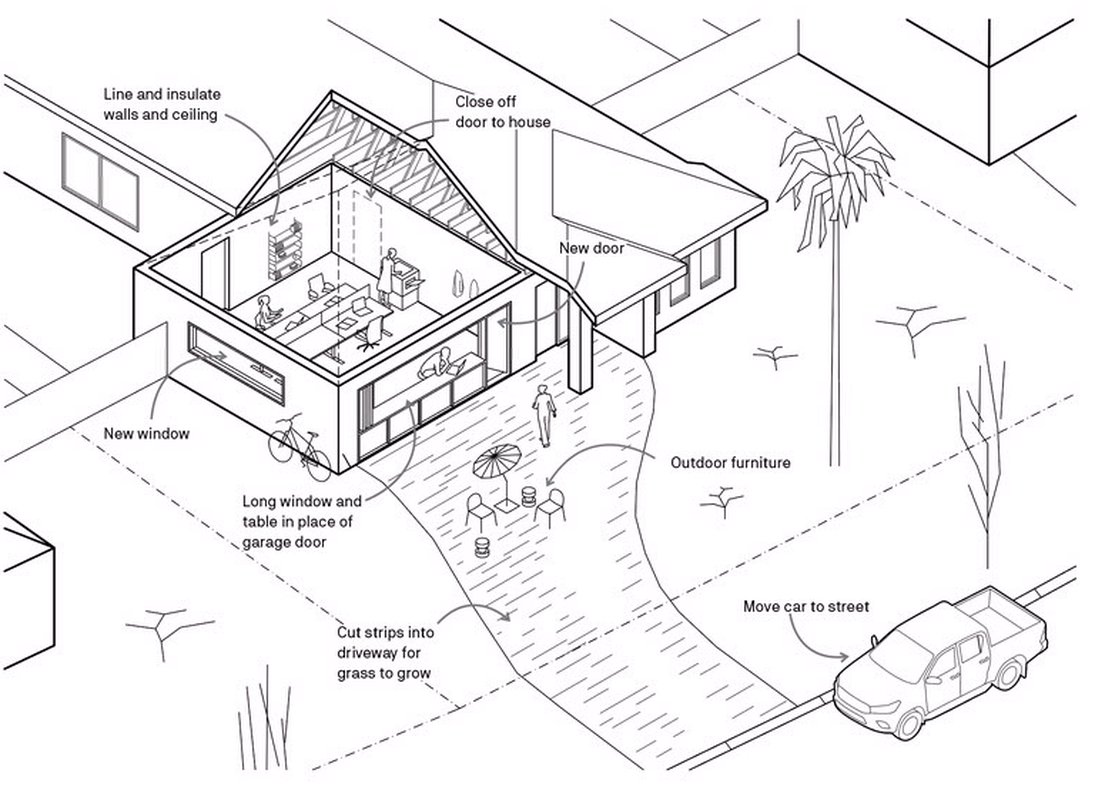