Curated by Anita Panov and Andrew Scott of Panovscott, A Small Exhibition, currently on show at the Tin Sheds Gallery at The University of Sydney, asks us to question how much space we really need to live comfortably.

Small in scale but big in ideas, A Small Exhibition documents twenty projects by twenty architecture studios (many emerging) that raise just as many questions as answers.

I visited the Tin Sheds Gallery at the University of Sydney on a Thursday night and the Festival of Urbanism was in full swing. A Small Exhibition was one of the key events in the hot-topics program. Offering talks about emergent cities, an urban housing lab, films and walking tours, the festival asked questions and examined planning decisions uprooting and transforming Sydney, amid the hotly debated post-truth landscape. It seems like for the first time in a long time, the public is weighing in – the Great Australian Dream is at stake and that makes this personal.

Small in scale but big in ideas, A Small Exhibition documents 20 projects by 20 architecture studios (many emerging) that raise just as many questions as answers.

“For us, these projects clearly demonstrate innovation in how we can live more efficiently with higher amenity … how we can enjoy life more with less, which in turn is a more responsible attitude to those around us and to future generations,” write curators Anita Panov and Andrew Scott in the exhibition’s catalogue. It was the curatorial framework that interested me. Not only because I live in a small (by Sydney standards) architect-designed home and I am fascinated by elastic and multi-functional ideas for living, but also because conversations about how we live led by architects and designers, not politicians, are needed.

By nature designers are not always the first to lead a protest but I think Sydney’s ongoing Save Our Sirius campaign has done a lot to harness solidarity. It has become a catalyst for the architecture community to speak up about cities, to talk about diversity and what makes cities great. When it comes down to it, how do we want to live in cities? It’s a challenging question and also a provocation because there is no one answer, there are many. That’s what makes A Small Exhibition both interesting and timely.

When Jacqueline Kennedy Onassis was fighting to save New York’s Grand Central Station in 1975, she famously said: “If we don’t care about our past we can’t have very much hope for our future.” It’s an important point about the layering of cities, past, present and future. For many designers in this show, working within the framework of the past has produced exciting scenarios. For others, the testing of ideas in their own homes, whether that’s living in a tent or scaling way down, offers more connected, more joyful ways of living.

The curators presented an immersive show through A3 pin-ups of beautiful plans and axonometric drawings, photos of apartments, both new and re-imagined, houses, both permanent and temporary, and new proposals for living that together demonstrate ways in which we might – and can – live smaller. The exhibition also included video interviews with the architects, along with a life-size model of Nicholas Gurney’s studio apartment and a catalogue that includes reflections on the challenges of designing small by an expert on the subject, Sam Marshall.

At only 27 square metres a pop – a Tokyo apartment in scale – the studio apartments by Nicholas Gurney and Brad Swartz are super functional homes with origami-like living, sleeping and bathing areas that reinvents the studio model. Big World Homes is a portable home concept by Alexander Symes and Joanne Jakovich to address the affordability gap between renting and owning, and at the same time offer ideas for off-grid community living. The Bronte House by emerging practice Archer Office is a semidetached dwelling on a 148-square-metre site that cleverly reconfigures a two-bedroom home into four-bedroom home and engages with the elements to blur inside and out, in what Tomek Archer describes as “fence-to-fence living.” Inside a Harry Seidler-designed apartment, Silvester Fuller has deftly stitched in new storage, a bathroom and dining space that respect its modern heritage. Further alternatives to the notion of apartment living can be seen in Neil Durbach’s Tamarama Apartment, where he has flipped the model by minimizing the inside and maximizing the garden, which is now just as big as the interior. “There’s this incredible looseness and freedom in these much smaller projects,” he remarks.

While the big end of housing is busy building repetition, A Small Exhibition shines a light on other ways of seeing cities. Not all of the ideas will appeal to everyone, but that’s just the point. They present a snapshot of life and habitation in all its diversity, raising questions and possibilities and reminding us to stand up and ask, why not?

A Small Exhibition is on until 15 Septmeber 2017 at the Tin Sheds Gallery at The University of Sydney. 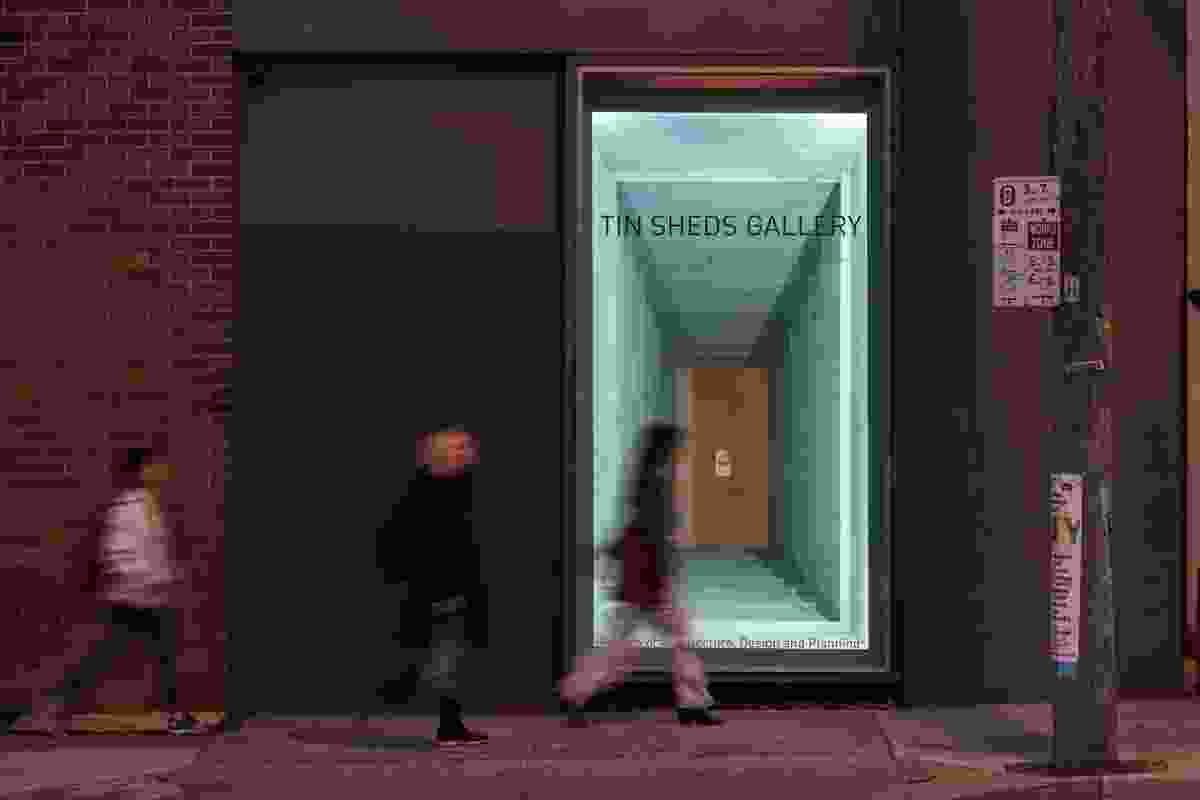 Small in scale but big in ideas, A Small Exhibition documents twenty projects by twenty architecture studios (many emerging) that raise just as many questions as answers. 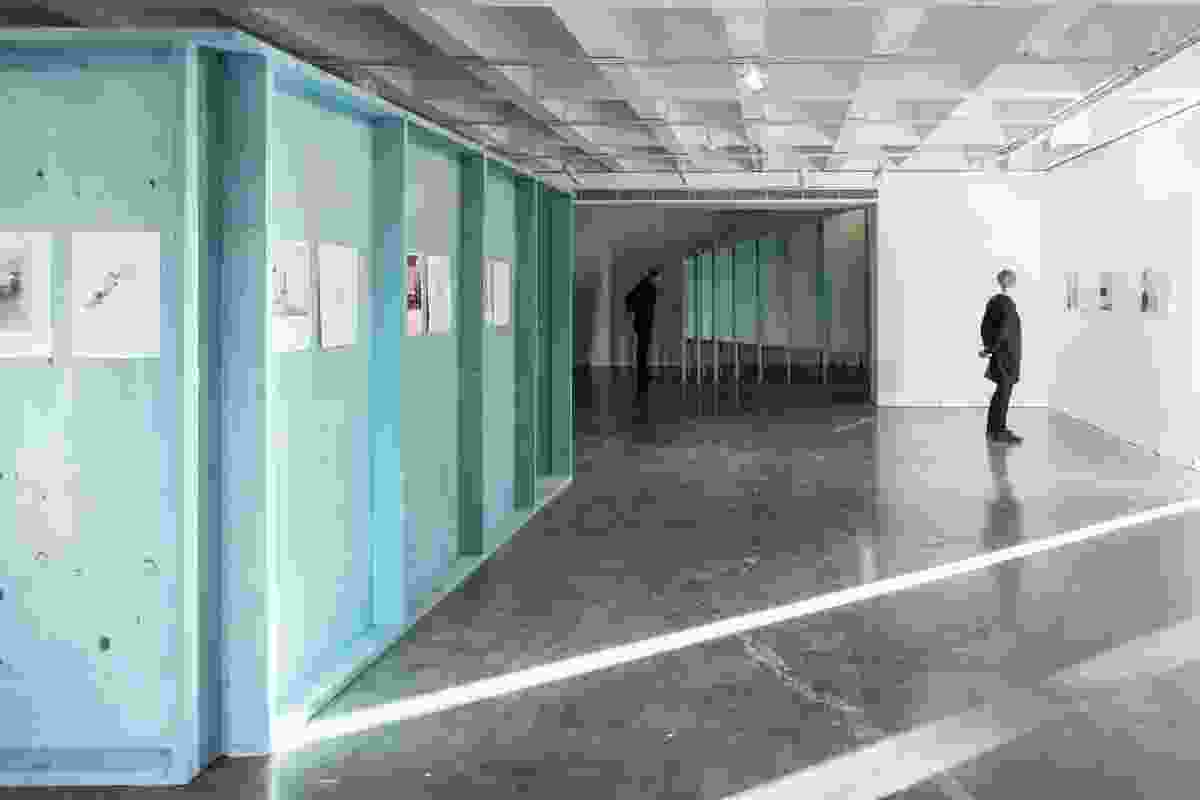 The curators presented an immersive show through A3 pin-ups of plans and axonometric drawings, photos of apartments, both new and re-imagined, houses, both permanent and temporary, and new proposals for living. 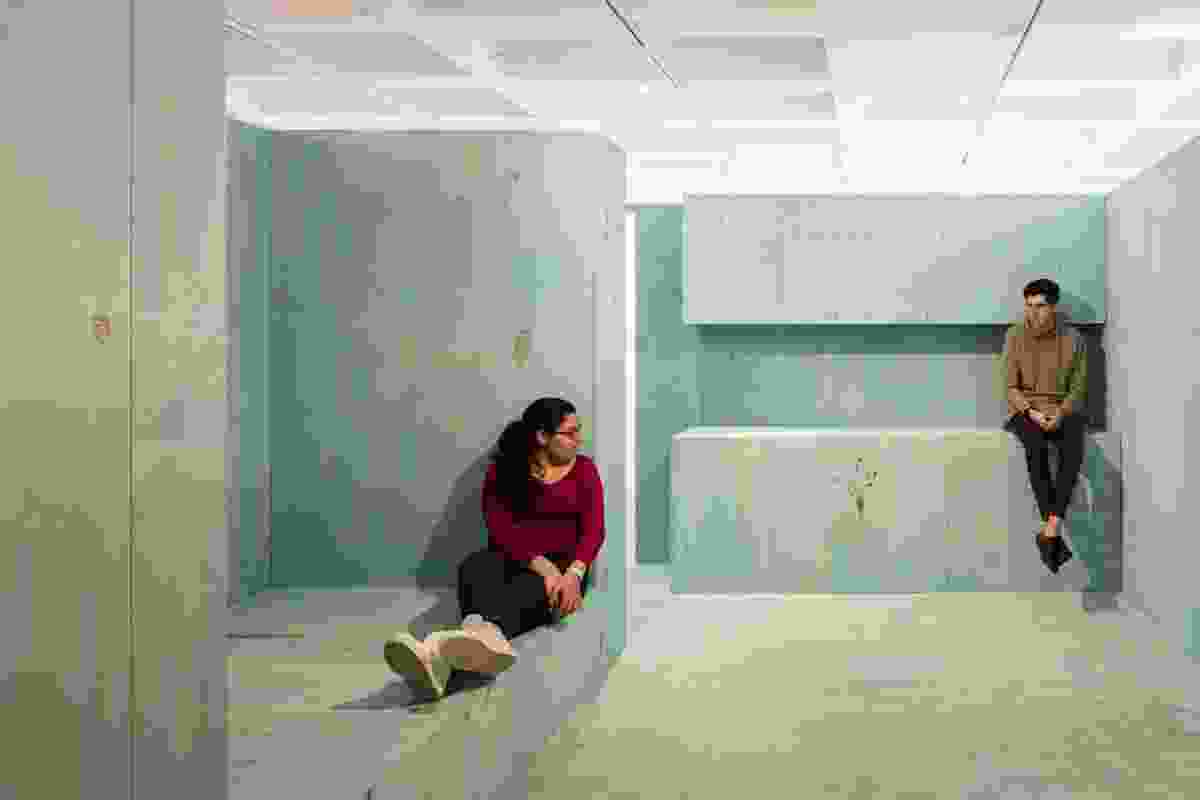 A life-size model of Nicholas Gurney’s studio apartment is installed as part of the exhibition. 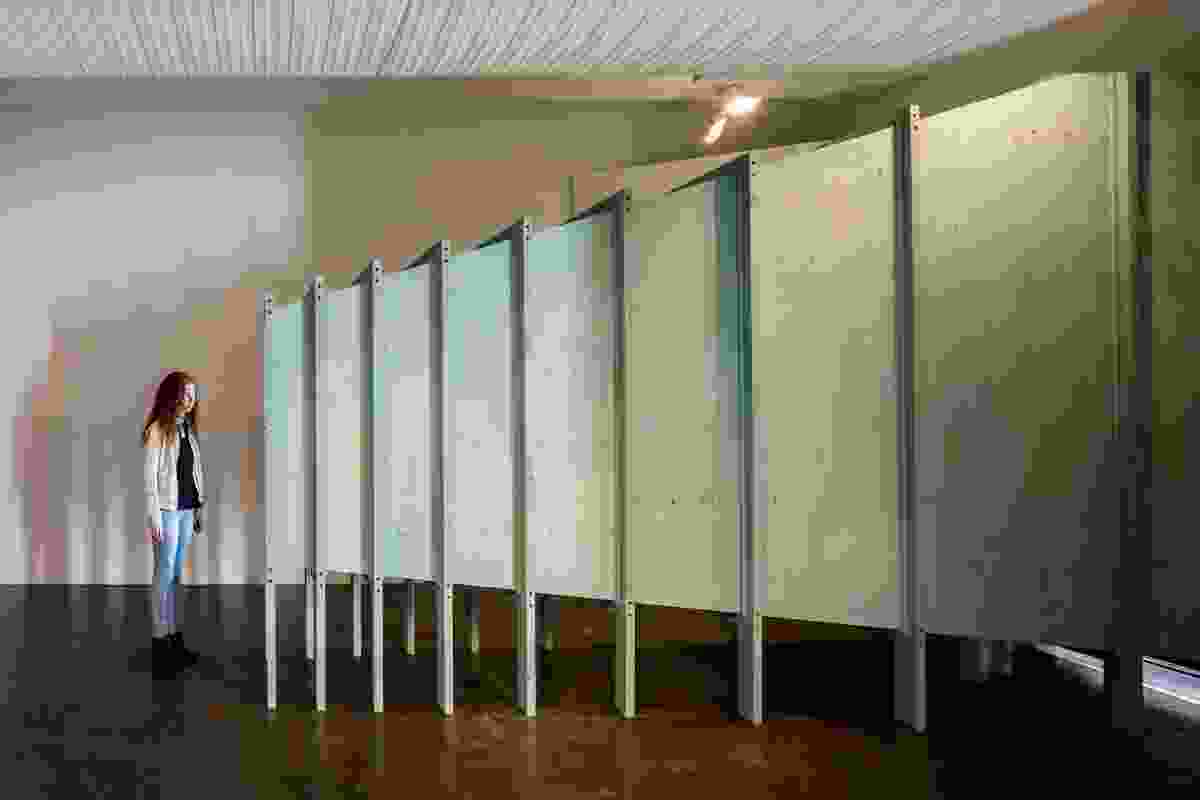 The exhibition seeks to challenge perspectives on scale. 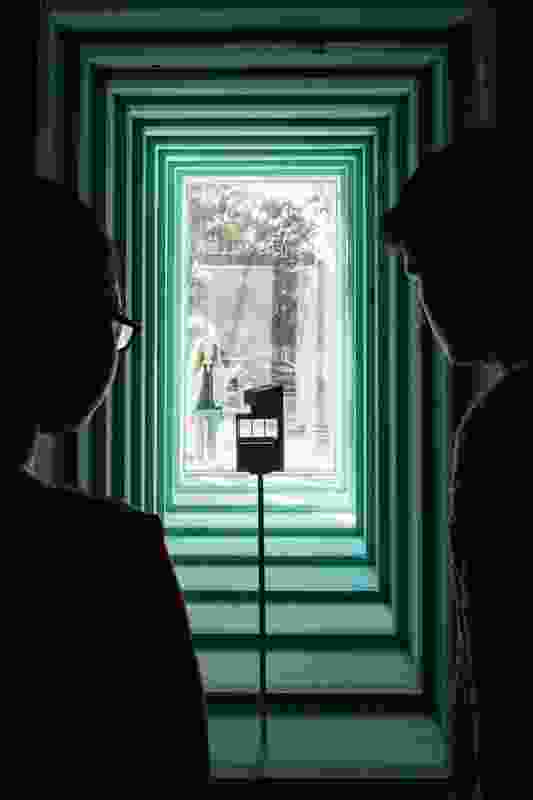 Looking back to the street from the Tin Sheds Gallery at The University of Sydney. 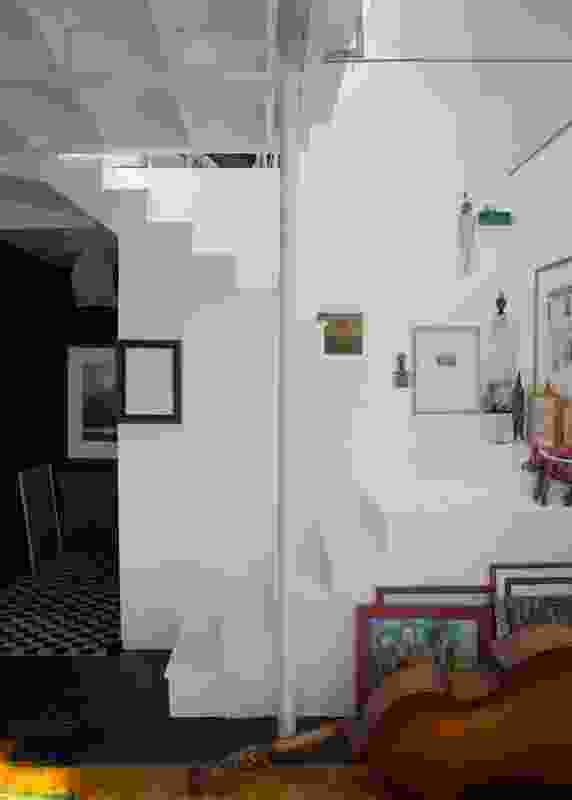 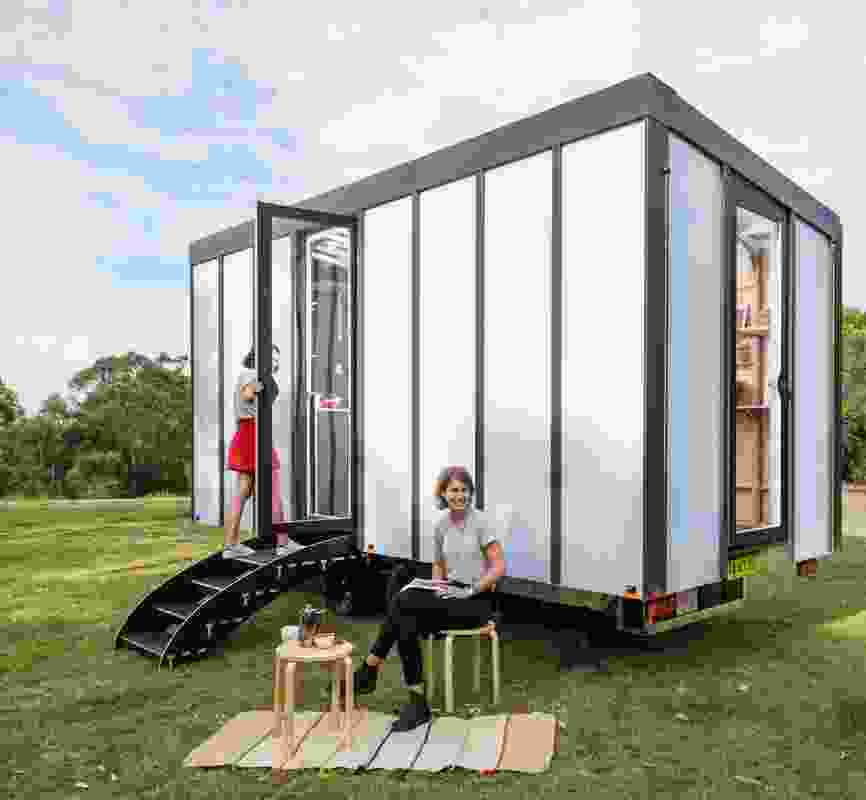 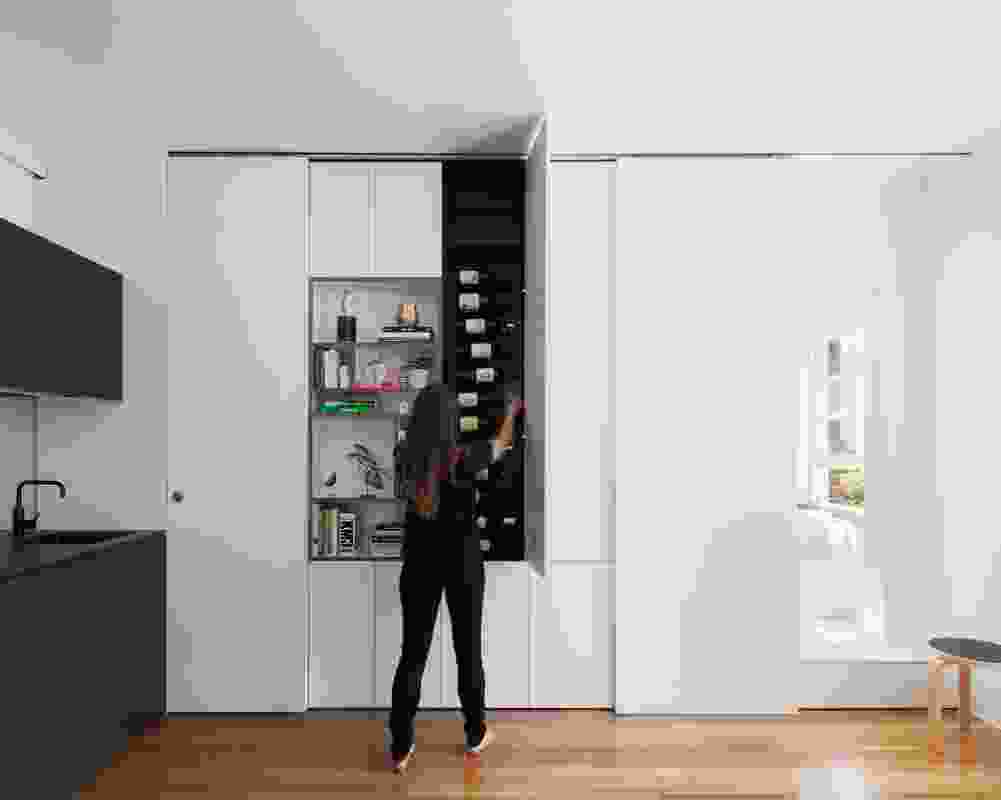 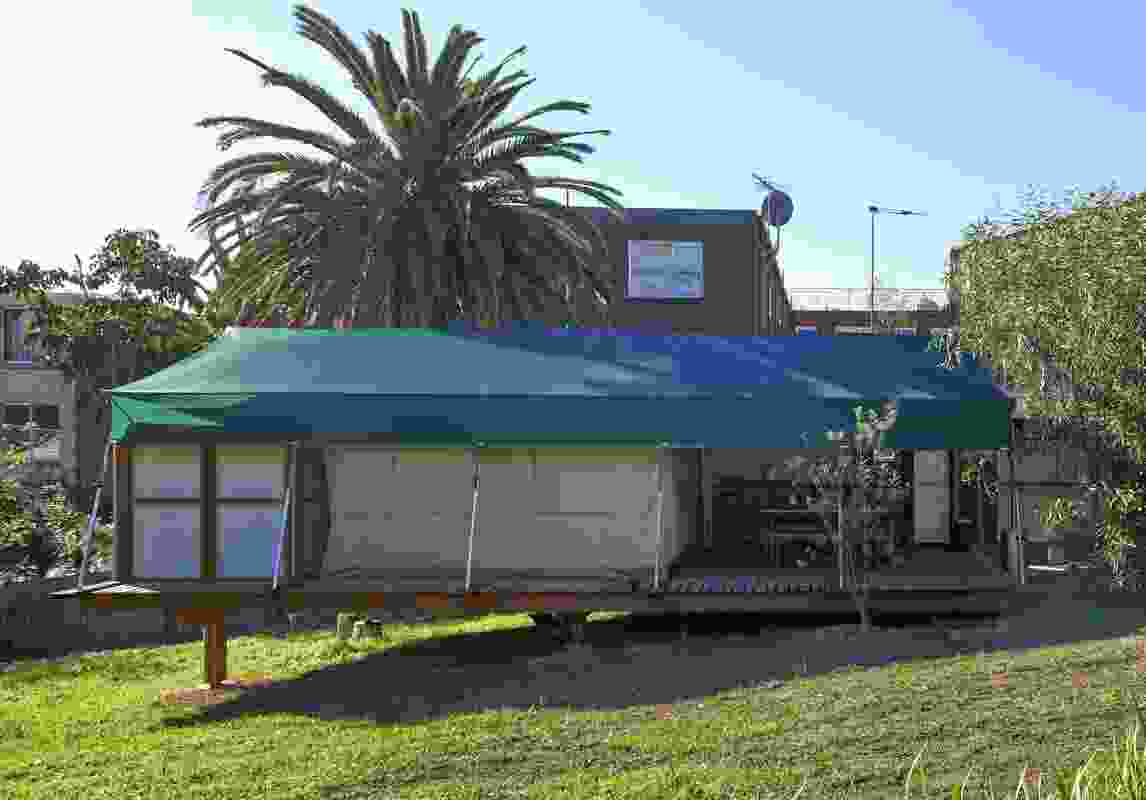 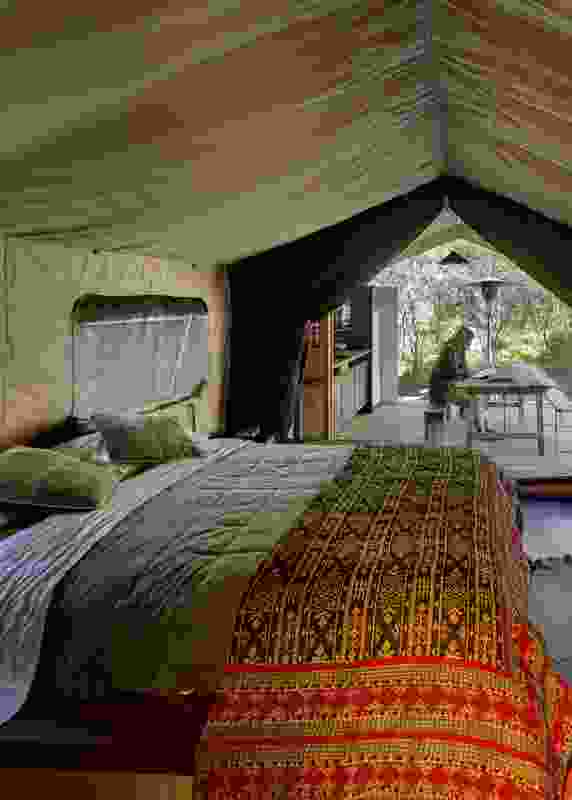 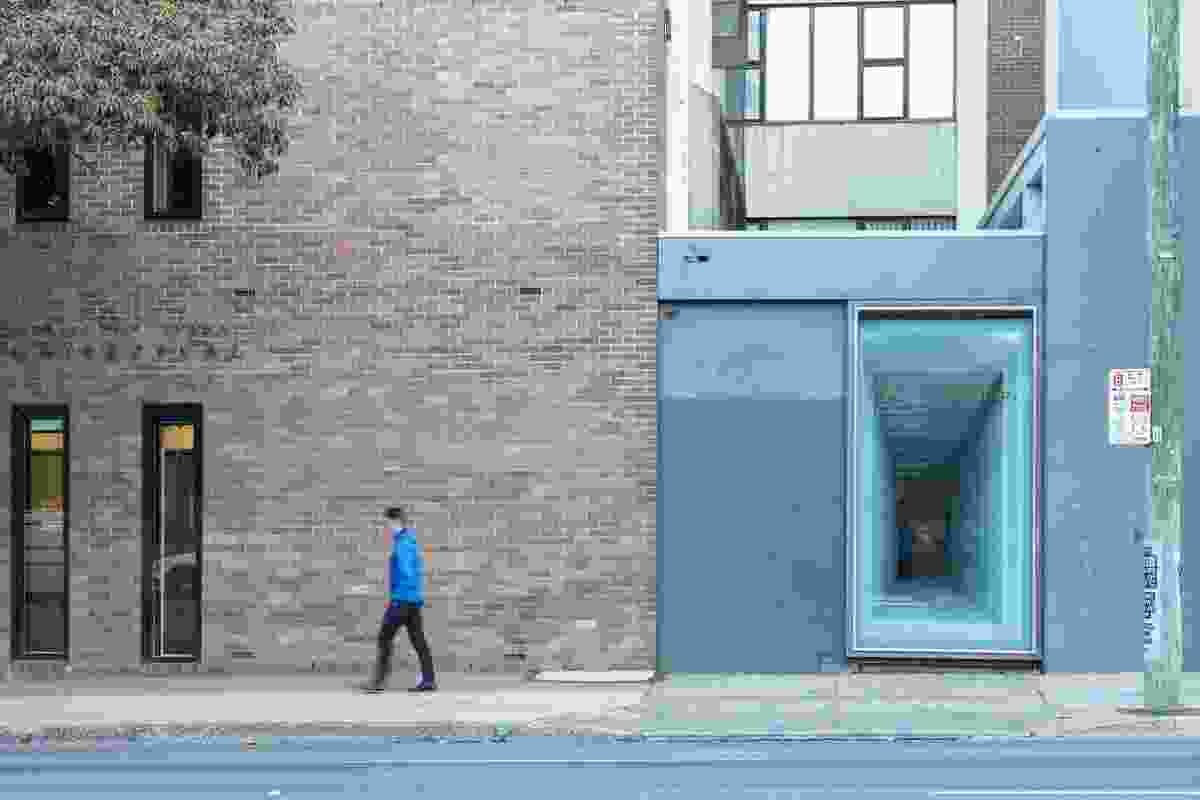