An introduction to the January/February 2018 issue of Architecture Australia.

One of the most enduring images of the Gold Coast for my generation is P. J. Hogan’s acclaimed 1994 film Muriel’s Wedding. Like protagonist Muriel Heslop, the Gold Coast has at times taken on the metaphoric qualities of the black sheep. The seminal January–March 1959 Gold Coast special issue of Architecture in Australia (the precursor to this magazine) described something well outside of the mainstream of architectural discourse – a place where Bill Heslop’s laconic mantra “You Can’t Stop Progress” was riding roughshod over architecture and planning considerations. With this 2018 Gold Coast special issue, almost sixty years on from the cautionary volume guest edited by Peter Kollar and Milo Dunphy, Australia’s sixth largest city enters the mainstream.

The contributors to this volume eschew mid-century snobbery to describe a city that has come of age as a place to play, work and live. The Gold Coast is presented as a hybrid urban centre where issues such as housing, transport and public space have status equal to the imperatives of local and international tourism. The issue opens with a survey of recent architectural achievements and upcoming developments by Philip Follent and concludes with a celebration of the Gold Coast’s unconventional and transient character in an essay by Virginia Rigney describing recent photographs by John Gollings. The discussion section looks at the past, present and future of the Gold Coast through insightful essays from historians, academics, practitioners and critics. These reflections are presented alongside project reviews and profiles focusing on the buildings and practices that will shape the future form and urban aspirations of the city. As the Gold Coast prepares to host the 2018 Commonwealth Games (GC2018), the Queensland Government’s venue and accommodation building program has emphasized the contribution these projects will make to the wider community and future growth. With this in mind, the Gold Coast Sports and Leisure Centre and the Coomera Indoor Sports Centre are contextualized by Sheona Thomson, while Michael Keniger considers the Parklands mixed-use residential and commercial precinct.

The Gold Coast’s architectural culture has been propelled forward in the past decade with the founding of two schools of architecture – at Bond University and Griffith University. The Griffith Architecture program began in 2010 and the Abedian School of Architecture at Bond was established in 2011. Both schools are relatively small and benefit from enviable student-to-staff ratios in their bachelor and master’s degrees. The collaborative relationship between Griffith and Bond, under the leadership of Joerg Baumeister and Adrian Carter respectively, and the strong links both institutions have with government and practice are generating an inclusive architectural discourse that embraces the culture of the region.

The 1959 Gold Coast issue was a poster for the upcoming RAIA National Convention (held in Surfers Paradise, Toowoomba and Brisbane in May that year). This issue announces the Institute’s 2018 National Architecture Conference, Edge, which will be held on the Gold Coast in June. Directed by Brett Saville and Barry Lee in collaboration with Wei Jien, Edge promises to frame the unique cultural and urban conditions of the Gold Coast through national and international perspectives. 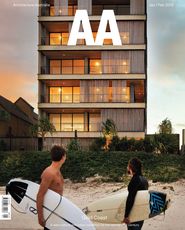 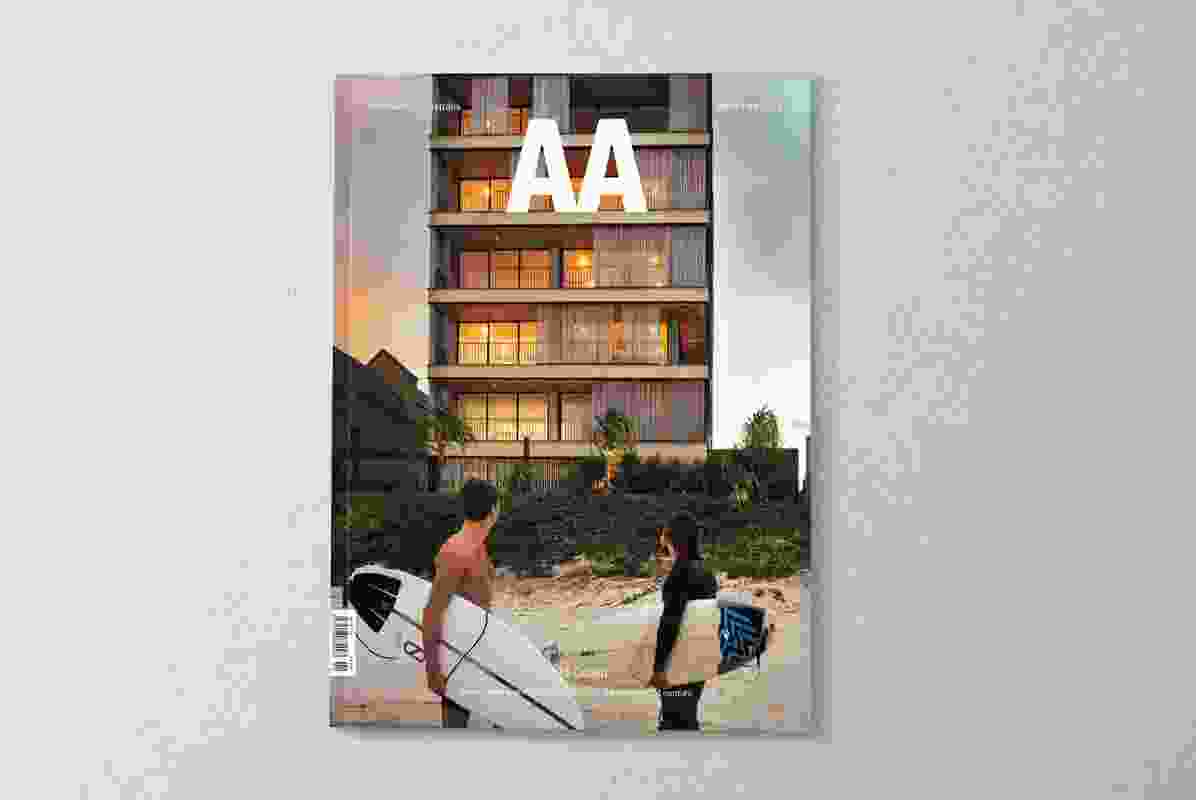 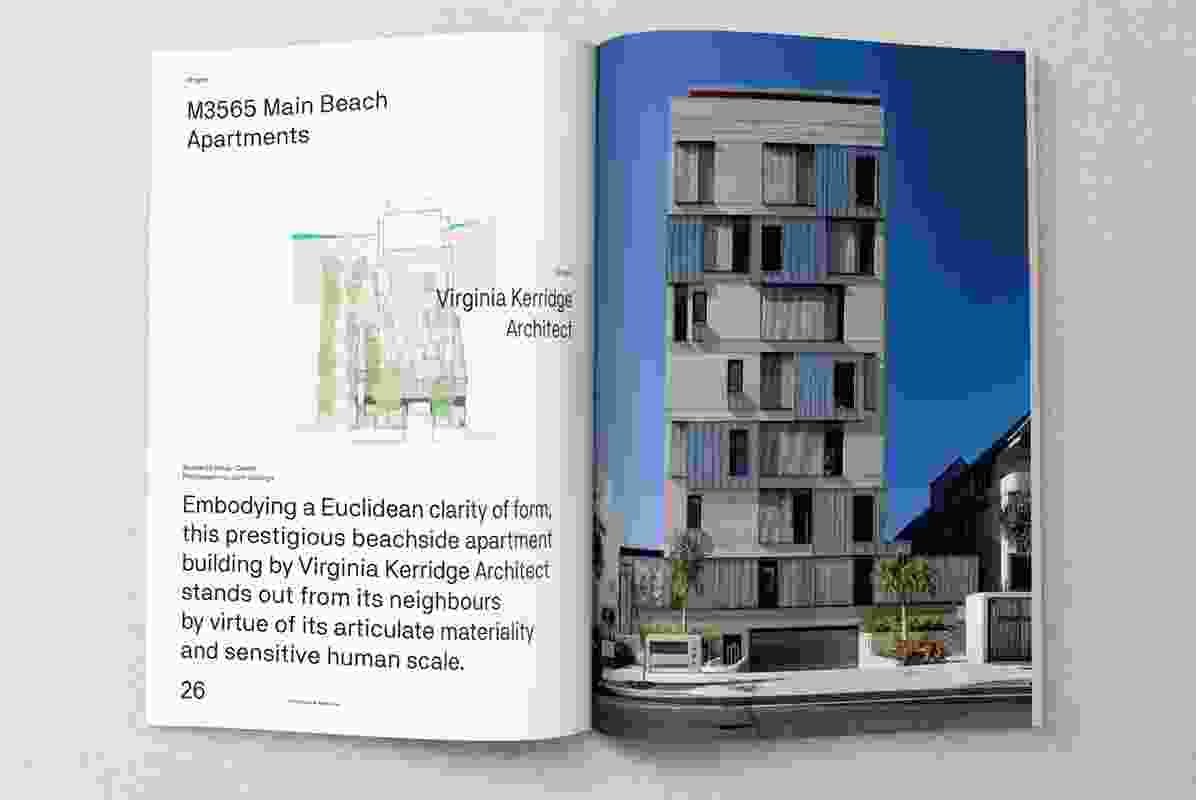 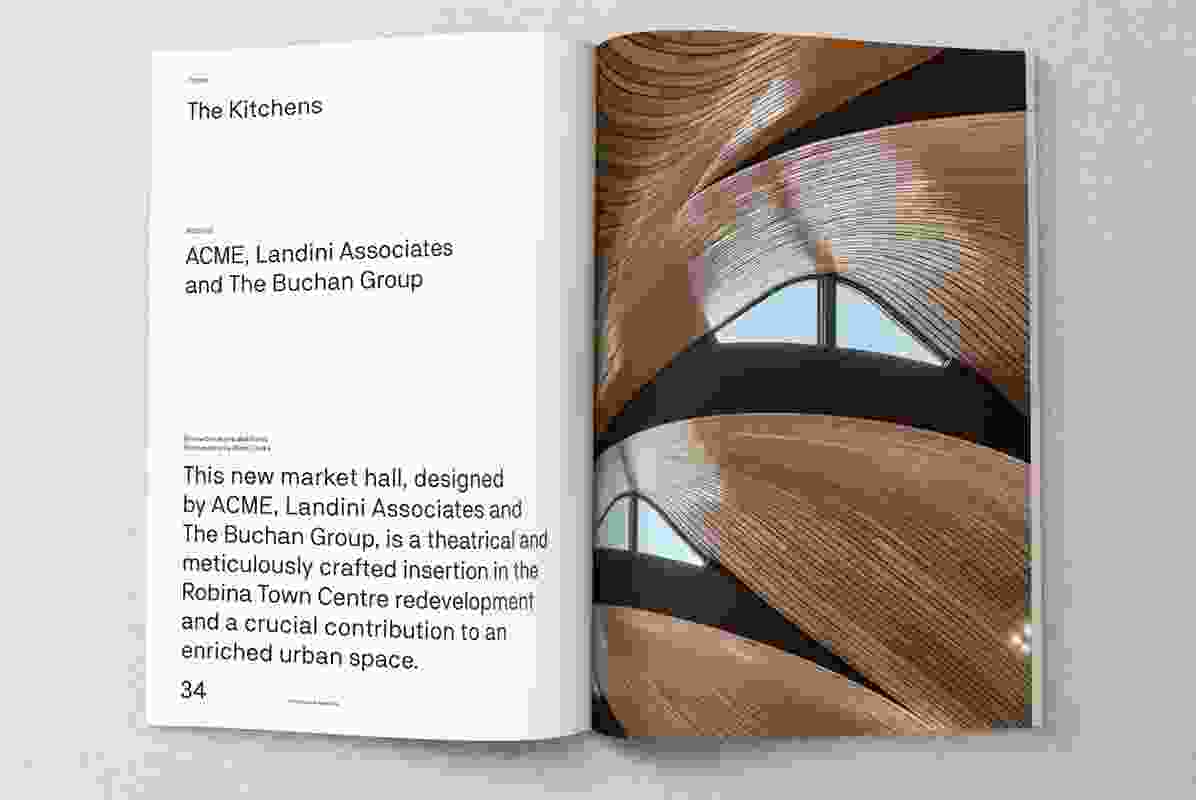 The Kitchens designed by ACME, Landini Associates and The Buchan Group. 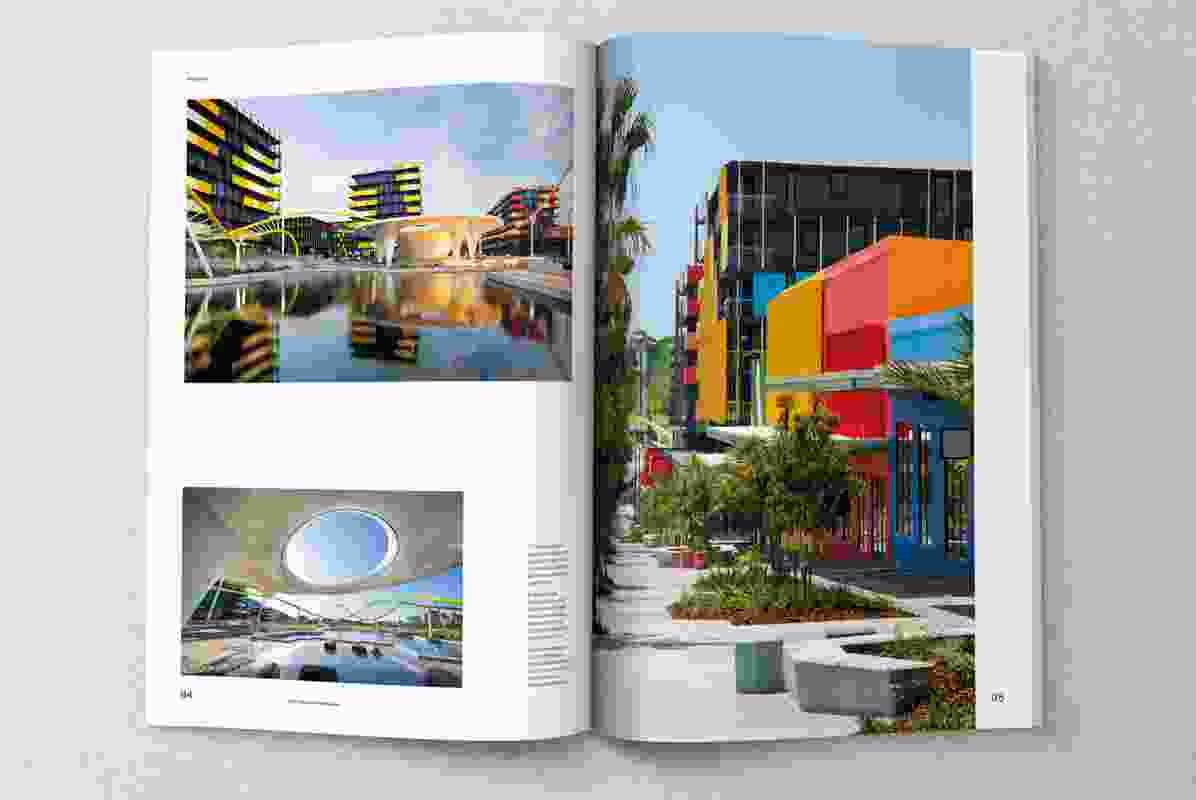 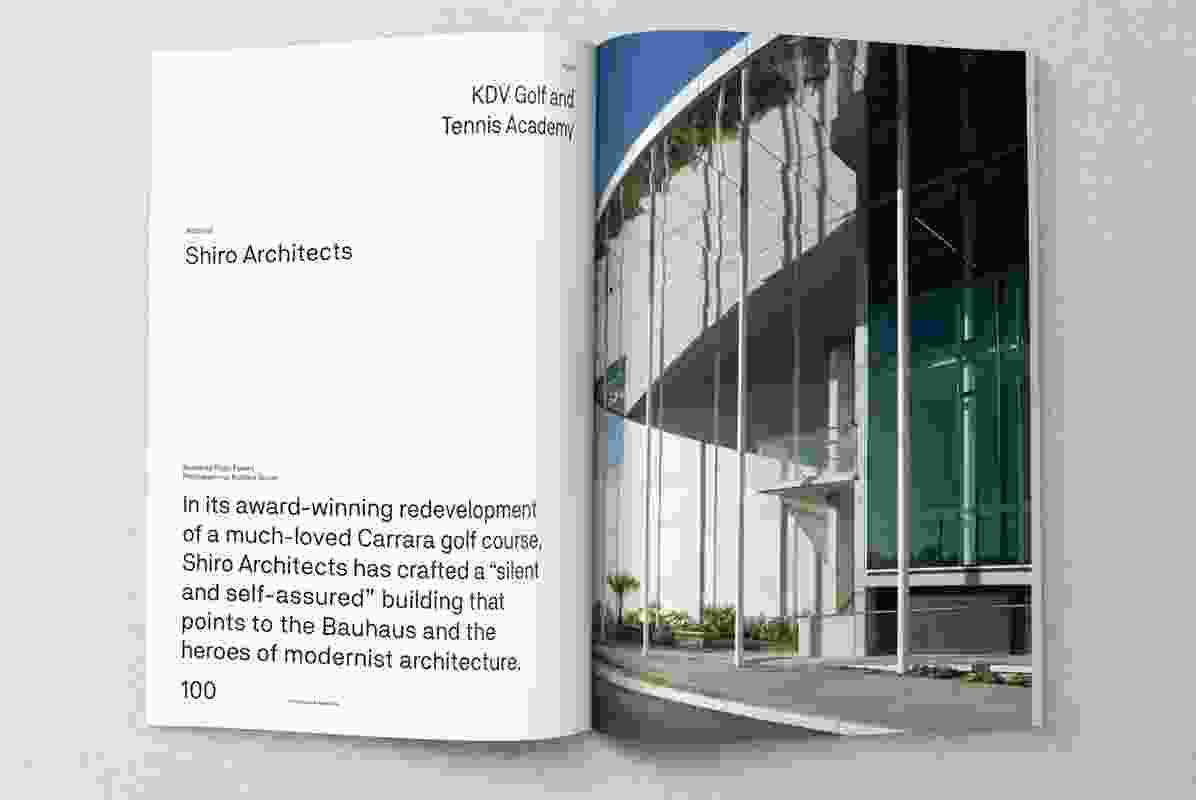 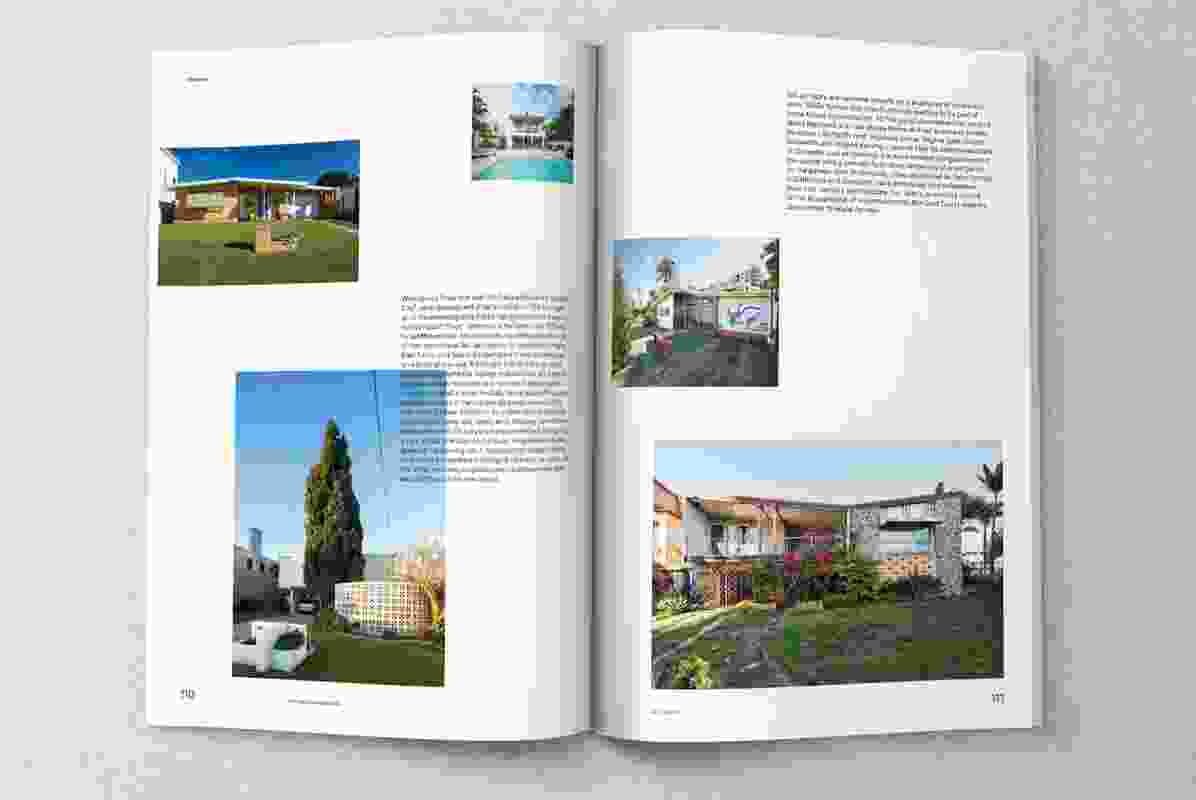