Back in July 2012, urban ‘land banking’ had become such a problem in Melbourne that the city’s Lord Mayor Robert Doyle took the unusual step of publicly ‘naming and shaming’ inactive property owners, describing fallow building sites as a ‘scab on the knee of the city’. Two-and-a-half years on, Victoria’s capital now plays host to a slew of ‘pop-up’ urban projects, from dog parks in Docklands to al fresco food halls in the ‘Paris end’ of town. Turning derelict wasteland into urban playground, these projects are transforming the way Melburnians engage with their city – however temporarily.

Located behind RMIT’s award-winning Swanston Academic Building (SAB), A’Beckett Urban Square will occupy its site temporarily, with the site flagged for future development by RMIT. In response, the architects have opted for a lean approach that emphasizes demountable construction and the programmatic possibilities of this unusually expansive patch of inner city space.

“It needed to be a place that was active and engaged – it’s a place for casual recreation,” says Peter Elliott. “It’s really meant for active ball games, because there’s really almost nowhere in the city you can do that, apart from what RMIT already has in its campus on Bowen Street.”

The design uses bold colours and graphics on the ground plane to distinguish the sectors of the space and provide some hints as to how they can be used. The western and northern walls of the square, meanwhile, are swathed in lush greens and rusty reds, the work of local artist Ash Keating.

“These spaces are really about setting up the circumstance for occupation,” says Elliott. “We saw the opportunity to make it playful and theatrical… It’s not over-designed, but strong and simple in its approach.”

A time-lapse video of the square’s construction can be found below, together with footage of Keating’s highly performative installation of the artwork. 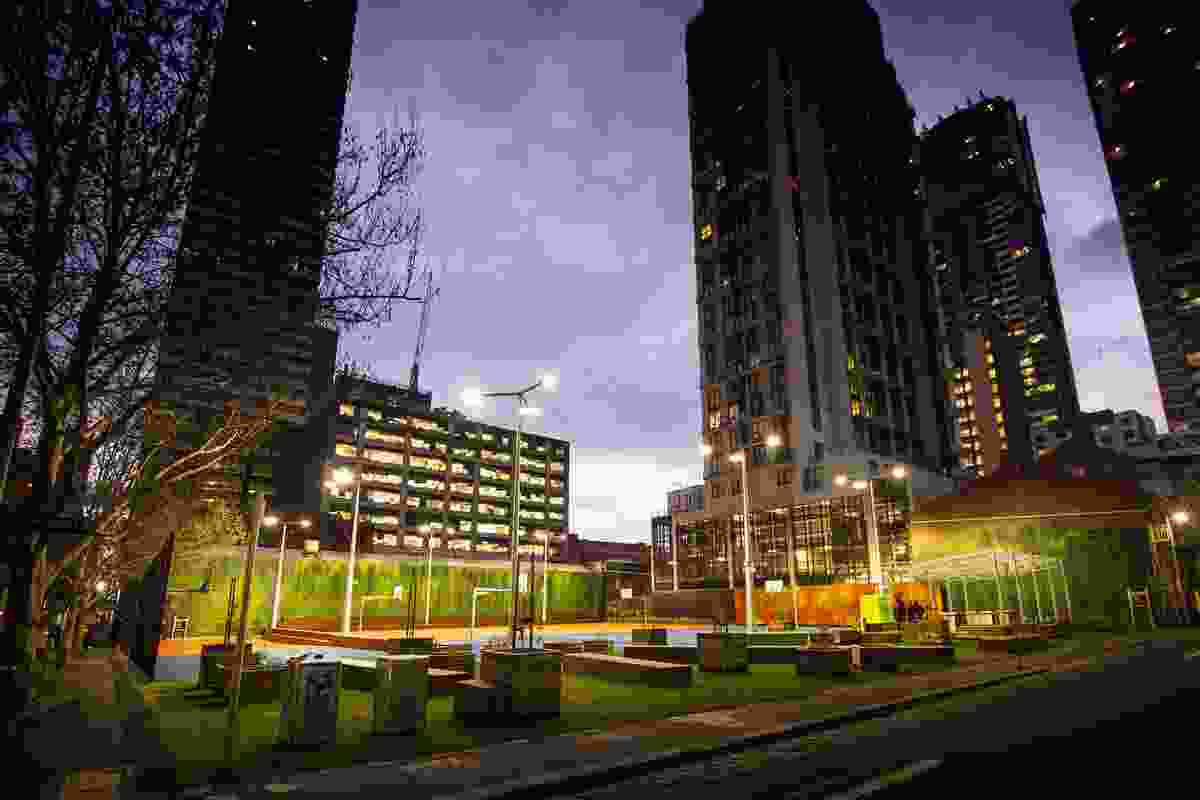 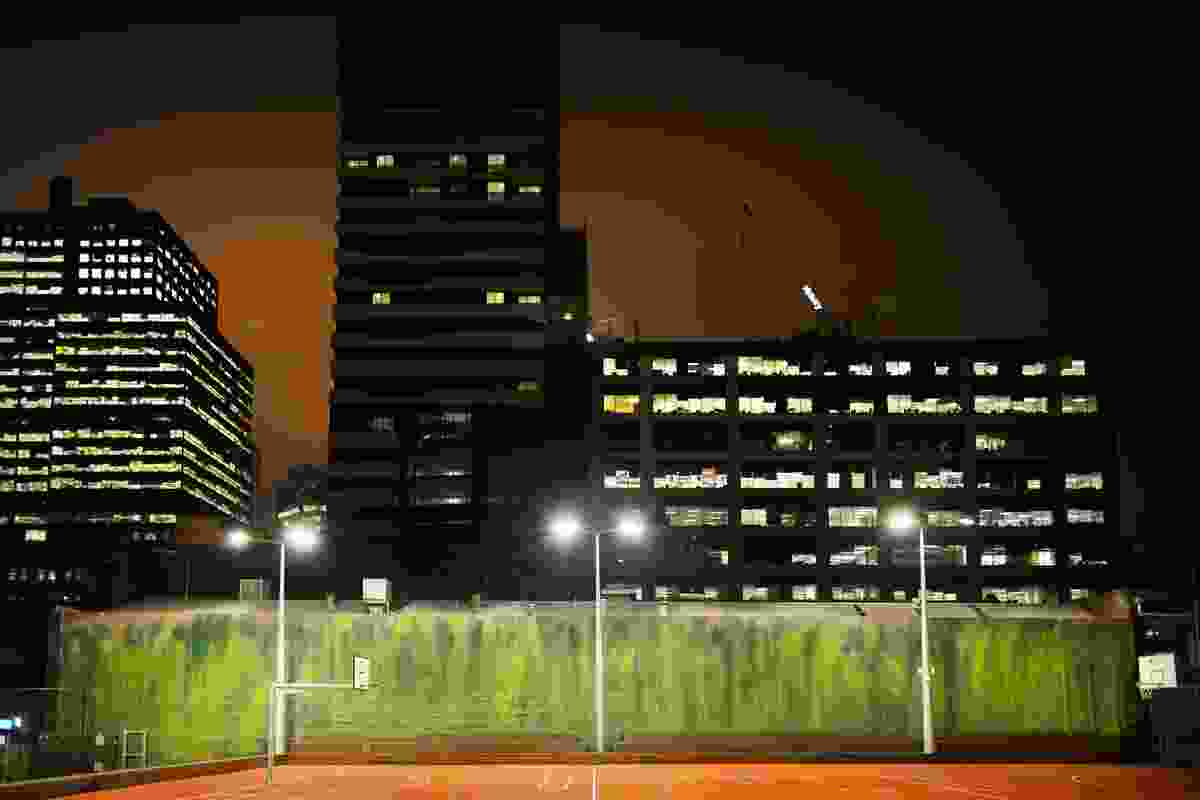 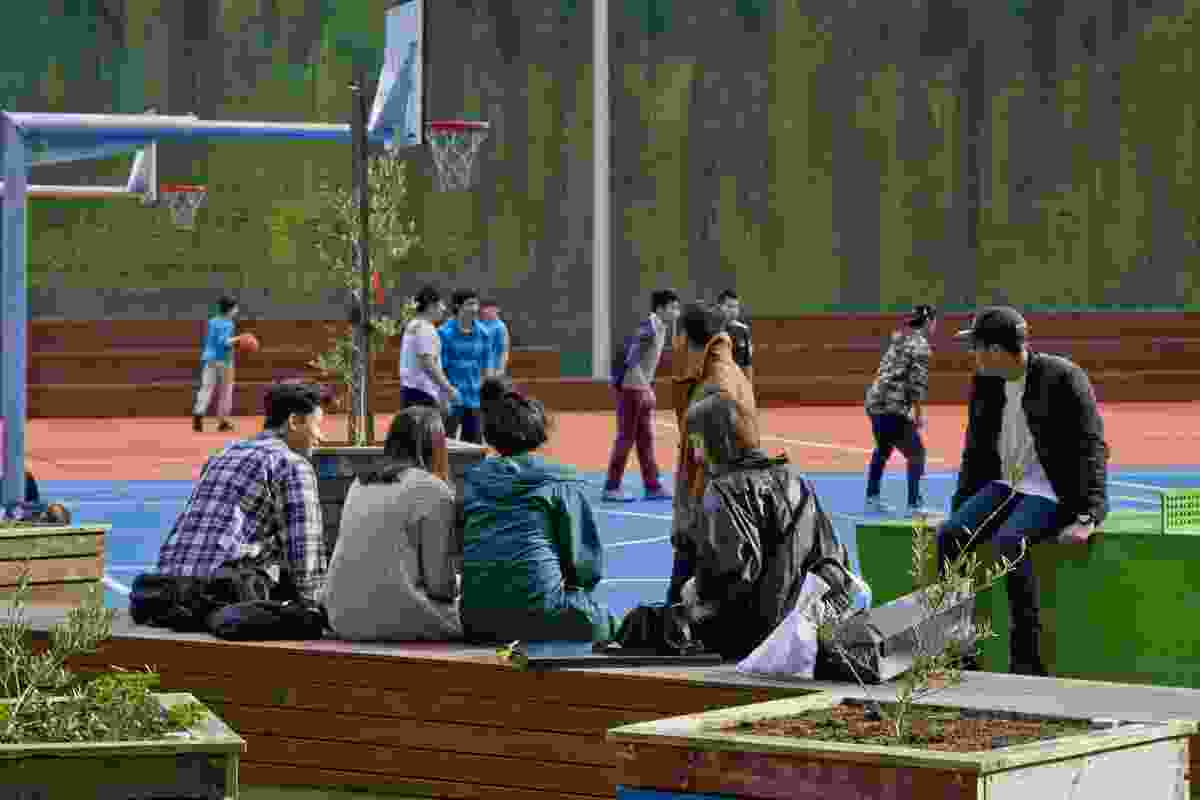 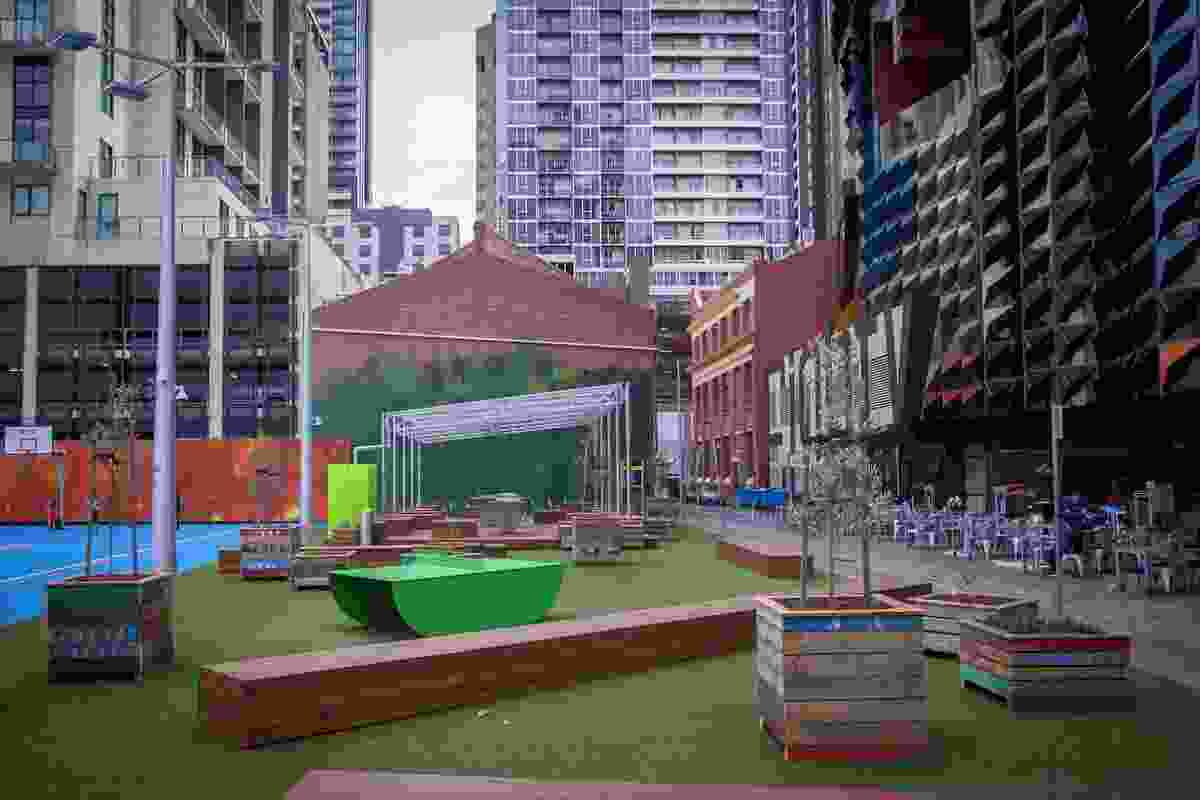 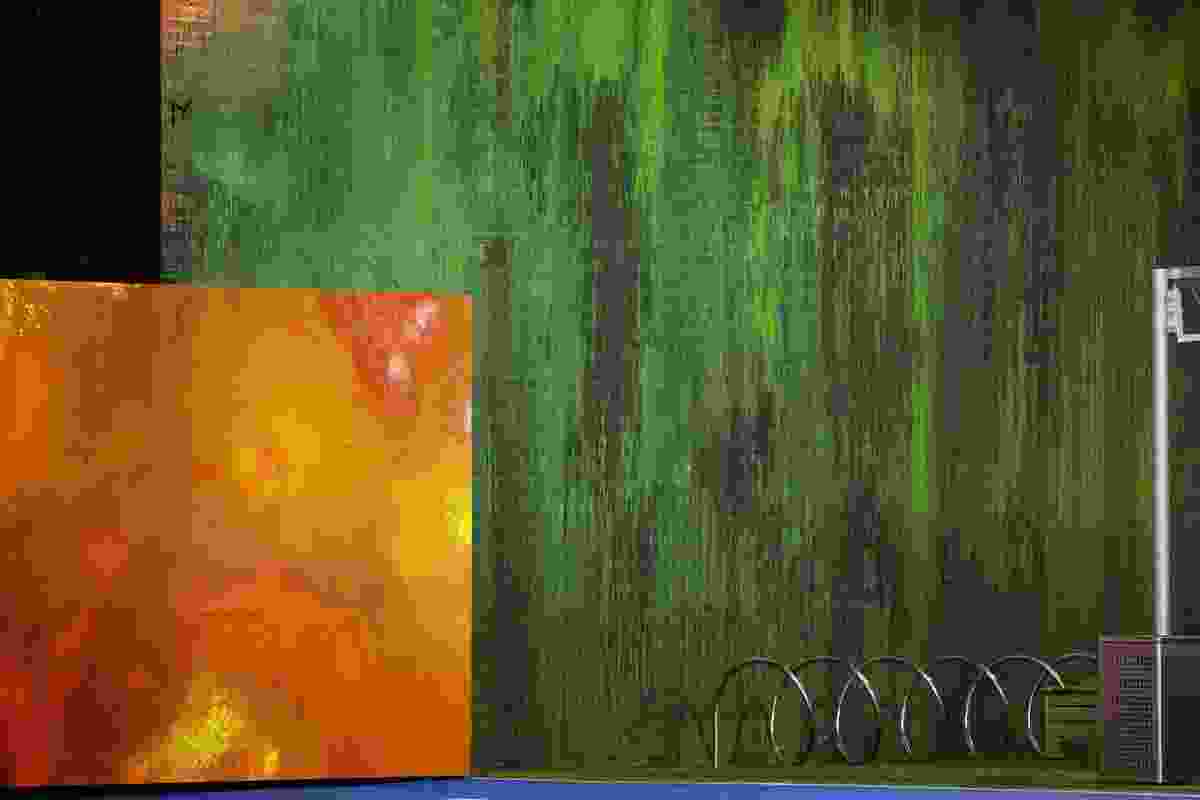 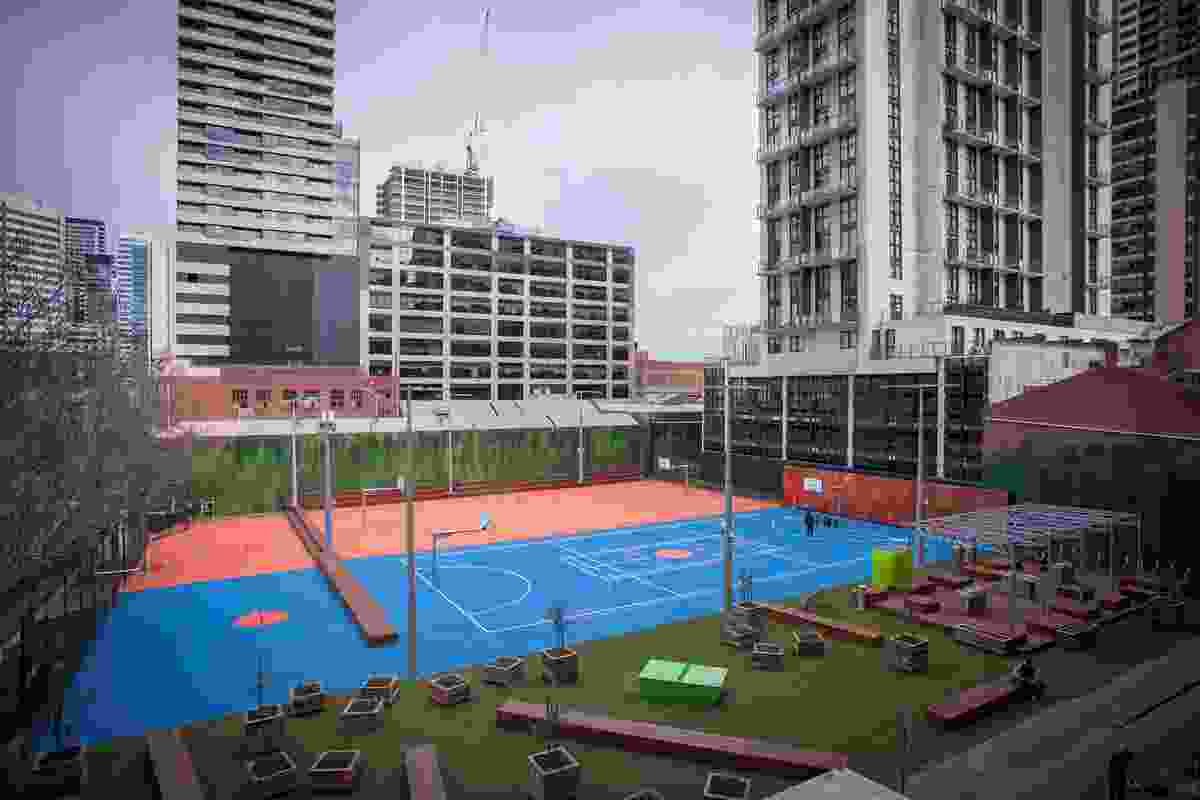