The gallery will be situated at the eastern end of the site on North Terrace, adjacent to the Adelaide Botanic Garden. The site, 400 metres from the Art Gallery of South Australia, will bookend the “cultural boulevard” of the city on North Terrace.

“This is one of the most important sites in Adelaide, and a landmark project that could set the city’s compass for the next few decades, so we’re delighted to reveal six possible futures from some of the most exciting and accomplished design teams in the world,” said jury chair Michael Lynch, former chief executive of the Sydney Opera House, chair of the Sydney Community Foundation and chair of Circa. “Commissioning outstanding architecture is a way Adelaide can say to the world what a fantastic, dynamic city we have, and how deeply creativity is woven into our DNA. We have the art to put in the building; we have the appetite and momentum to make this happen.”

Adjaye Associates and BVN’s proposal is conceived as a “mythical primal house” that “negotiates the junction between the cultivated country and the urban city,” said David Adjaye.

The design is “guided by acknowledgement of Aboriginal concept of country.”

“The project is responding to country in two very special ways,” said BVN principal Kevin O’Brien. “The first thing we need to do is welcome people, and the local ceremony is one of smoking. As you move up through the building, other gestures are then made to other parts of the ritualized landscape and there’s references made by way of openings and cuts that frame specific views back out into distant stories or dreaming tracks within the greater Kaurna country.”

The design includes a central 40-metre high grand atrium - a “light filled heart” of the building. A ceremonial axis will run through the site, connecting the city on North Terrace, with the garden at the rear, which will include gathering spaces, a sunken pool and a ceremonial fire pit.

The atrium will be topped by a colossal skylight, measuring 15 metres wide and 45 metres long.

Bjarke Ingels Group and JPE Design Studio’s scheme proposes to “extend the gardens to the city and the city to the gardens.”

The design comprises a series of curved, ramped building forms “designed to appear as an extension to the city to the west and pavilions in the garden to the east.”

The proposed building will draw the ground plane of the city onto the building’s roof from the west and likewise from the east the it will extend the Adelaide Botanic Garden onto the roof of the building.

It will create interwoven hard and soft landscaping across and over the building.

The architects say the design establishes a “respectful yet iconic presence” on North Terrace with a public plaza and expanded entrance to the Botanic Gardens.

“Our proposal will utilize an integrated timber structure, at once ephemeral and permanent, open and shaded,” said David Chipperfield. “It organizes a series of exhibition and activity spaces to meet, share civic life, engage with artistic and intellectual enquiry, and most importantly, each other.

The building will have sloping roofs and large screens. it will act as a threshold between the city and the garden.

“The building’s civicness is expressed through its open facades while the structural grid provides shading and mediates between the local climate and internal gallery conditions.”

Diller Scofidio and Renfro and Woods Bagot propose “a matrix of spaces unbound by disciplinary categories.”

“This project needs to anticipate the unanticipatable,” said Charles Renfro.

“Being located right on the edge of the between the city and the Botanic Garden is such a wonderful opportunity to make a building that is porous, open and welcoming.”

The building will be divided vertically into three part, with day-lit upper galleries, galleries with controlled lighting underground, and a “super lobby” at ground level that will connect the city and the garden.

“Like the River Torrens Karrawirra Parri, Adelaide Contemporary will carry and deposit fertile ideas along the course of the culture, constantly attracting, hosting and transmitting exciting pulses between the Australian heartland and locations abroad,” said the architects.

“Taking cues from the spacial intelligence of the Aboriginal people and the native landscape, the circulation throughout the building and the site is akin to walking on the plains.

“Also inspired by the unique festivals Adelaide hosts, the building is lifted and light, covered with a delightful roof structure that establishes a bold icon for the city.”

Khai Liew, Office of Ryue Nishizawa and Durbach Block Jaggers propose “a museum like a park, where people can gradually shift fro mart nature and public space while going through the architecture.”

The exhibition spaces are arranged in a three-storey volume underneath a large canopy roof.

“The horizontal gesture creates openness on all sides,” the design team said.

“The debate will be between a building that is either heavily contextual or radically different,” said Neil Durbach. “The advantage of this scheme is that it slips between both of those strategies and delivers something that is incredibly fresh, gentle and unique for that site.”

The design competition for Adelaide Contemporary was launched in October 2017 and the shortlisted teams were announced in December. The competition is organized by Malcolm Reading Consultants.

Prior to the South Australian election in March 2018, the then opposition announced an alternative proposal for the ORAH site that included an Aboriginal art and culture gallery and a 16-storey hotel.

Now in government, premier of South Australia Steven Marshall said the outcome of the competition will be integrated with the government’s broader vision for the site, including a proposed National Aboriginal Art and Cultures gallery.

“We want to create on the oRAH site one of the most significant new arts and cultural destinations of 21st century Australia,” Marshall said. “Our plan will provide a national focal point for Aboriginal and Torres Strait Islander art and cultures as well as new spaces for major exhibitions, and the opportunity to unlock the hidden treasures of South Australia’s cultural institutions.”

“The Government’s policy supports the development of this proposal which will draw together long-held ambitions from cultural organisations like the Art Gallery of South Australia and the South Australian Museum.

“Their collections, the overwhelming majority of which are currently not accessible to the public, deserve to be showcased.”

The shortlisted designs can be viewed online or in a free public exhibition at the Art Gallery of South Australia from 12 May to 10 June.

The University of Adelaide will host a public forum in which the shortlisted design teams will present their proposals. The forum will be held at the Braggs Lecture Theatre on 17 May. 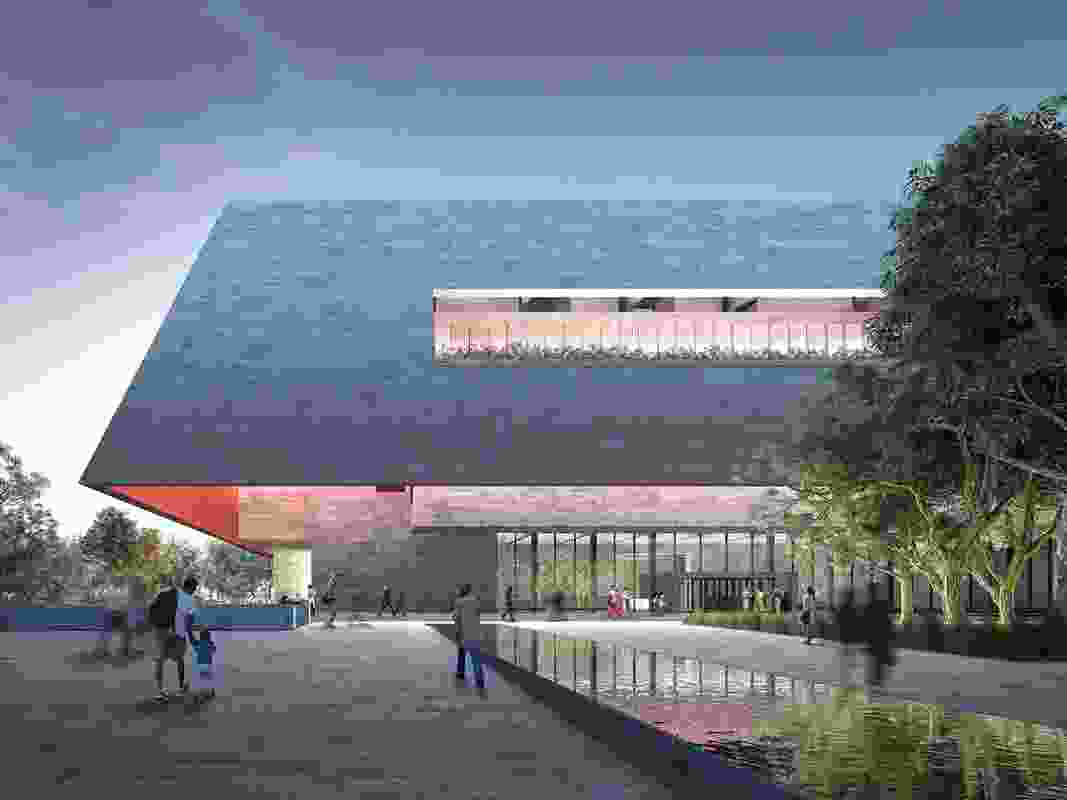 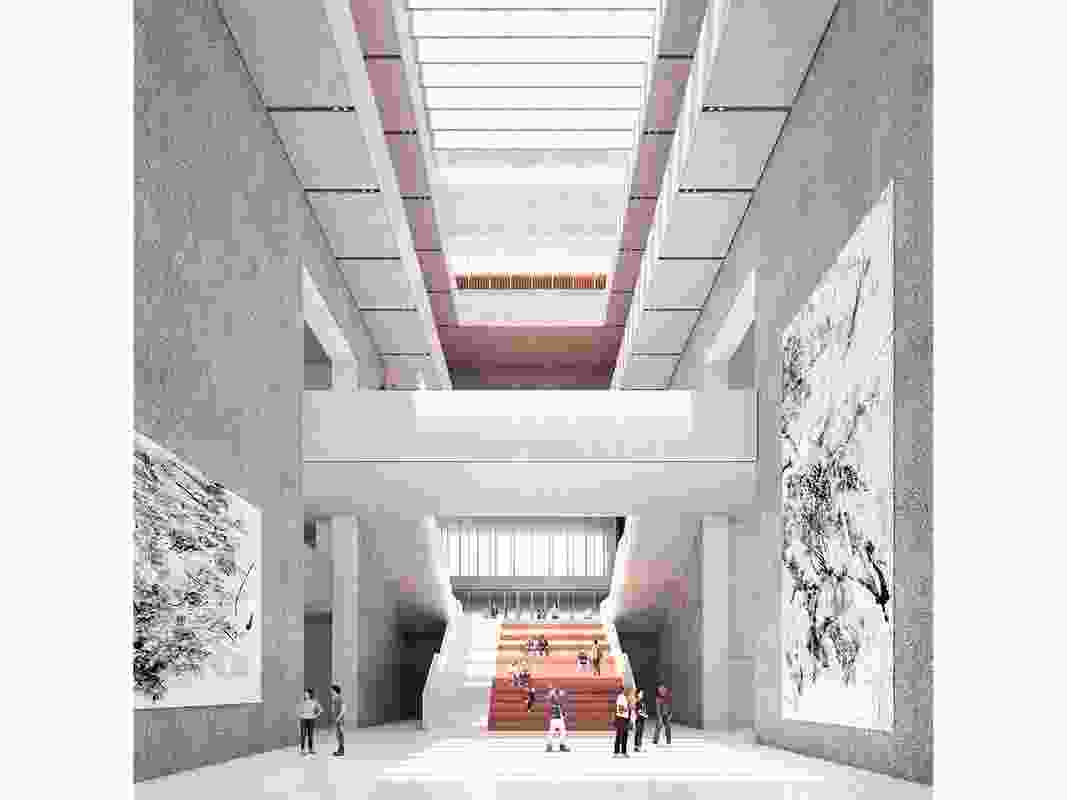 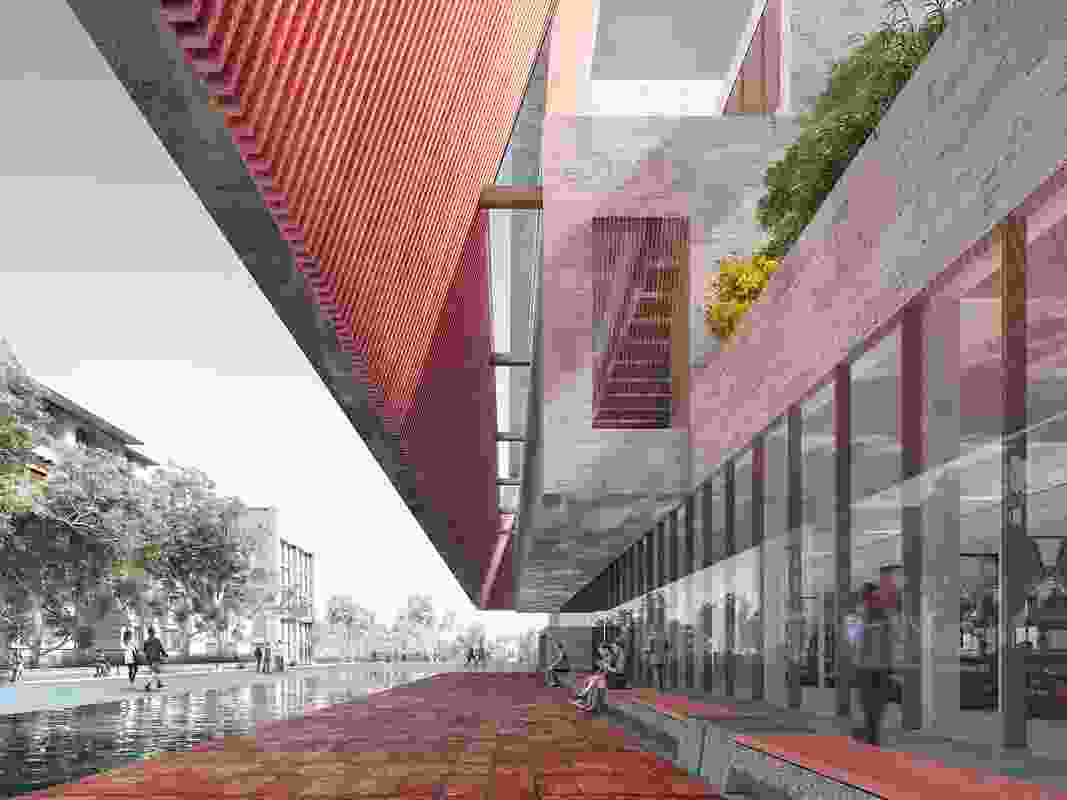 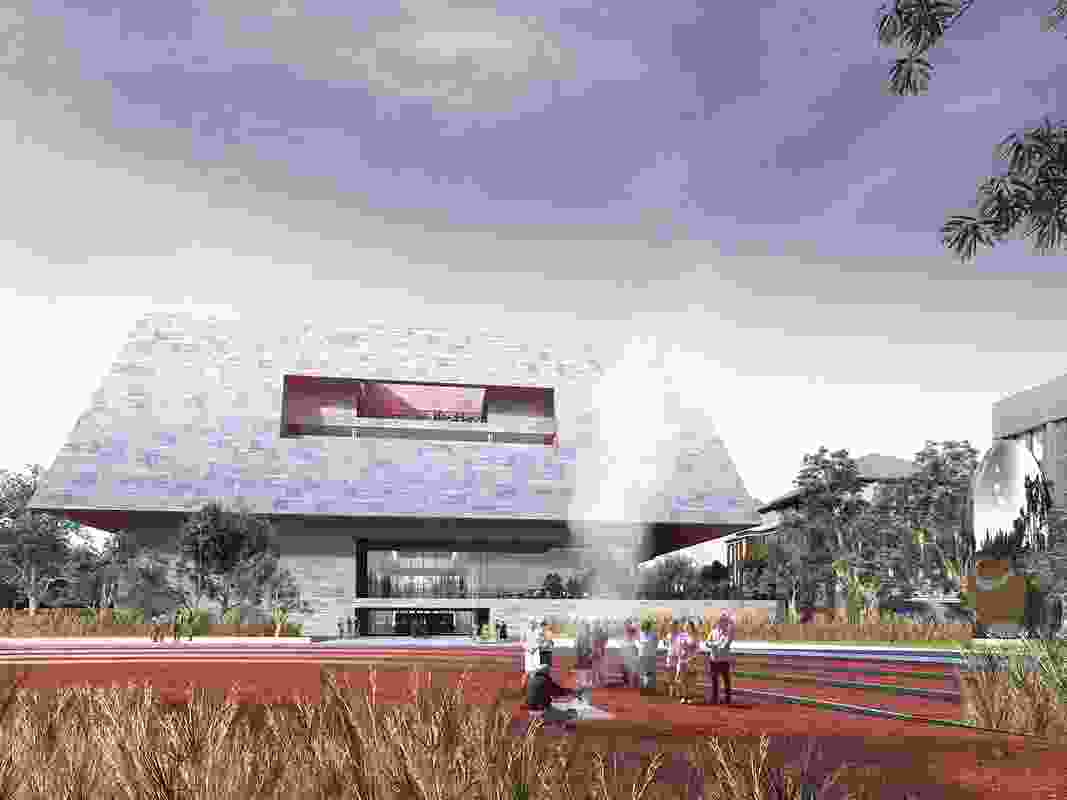 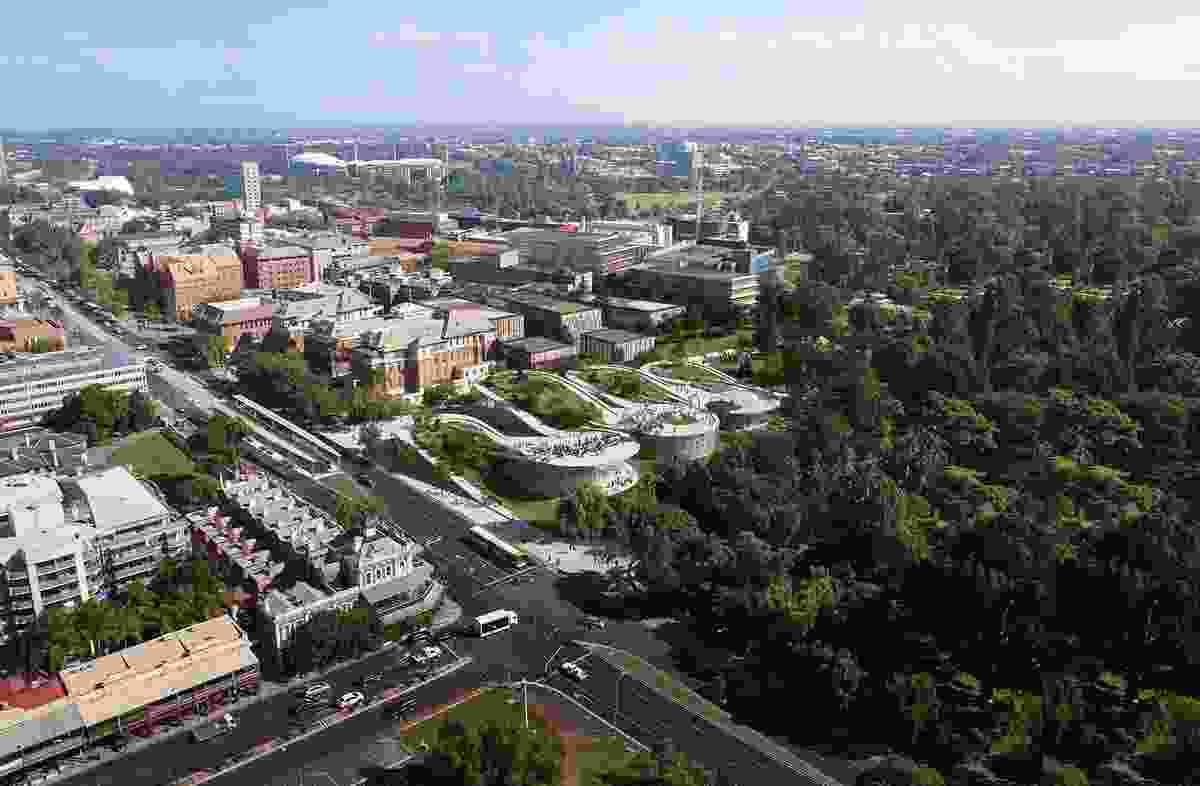 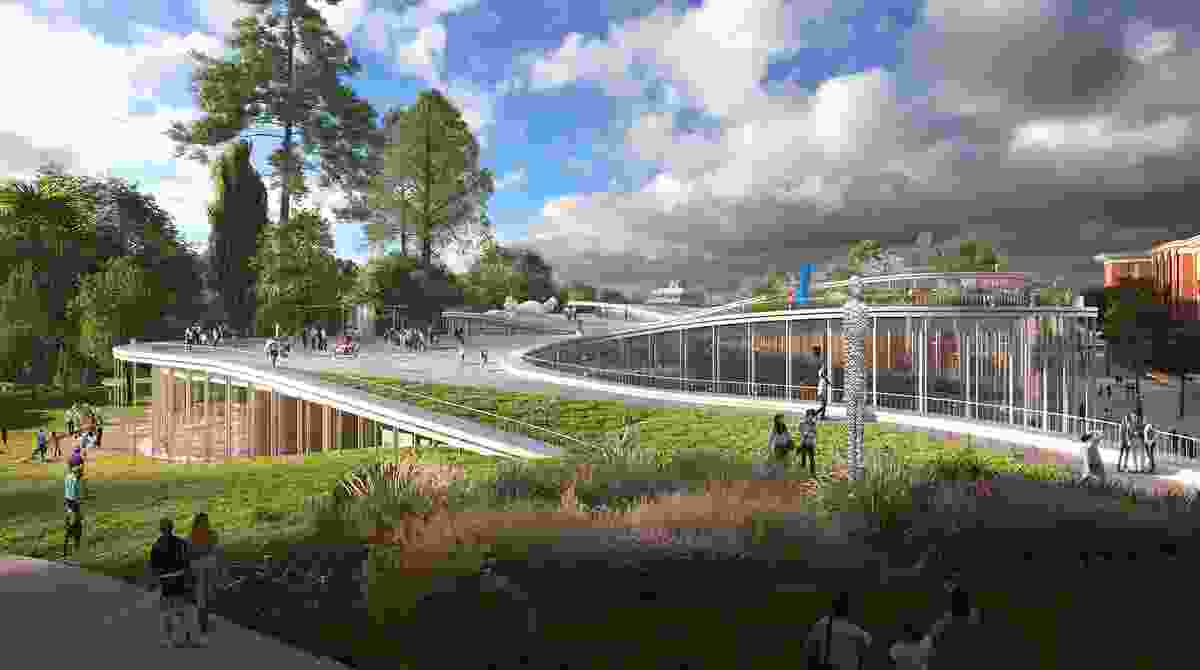 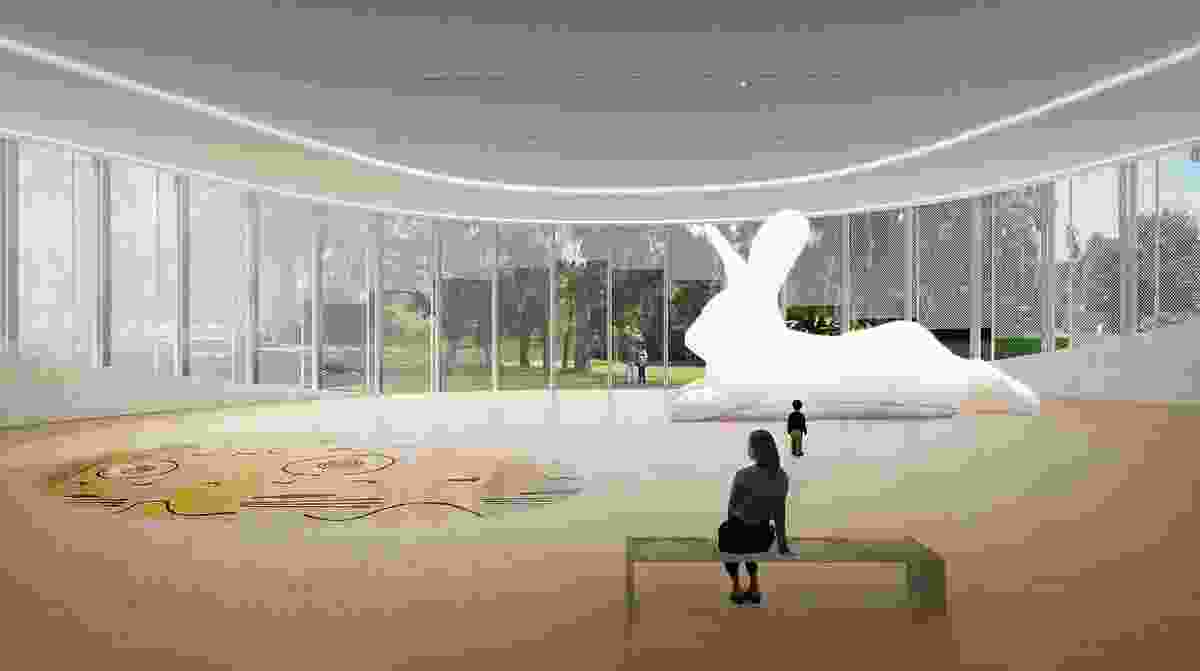 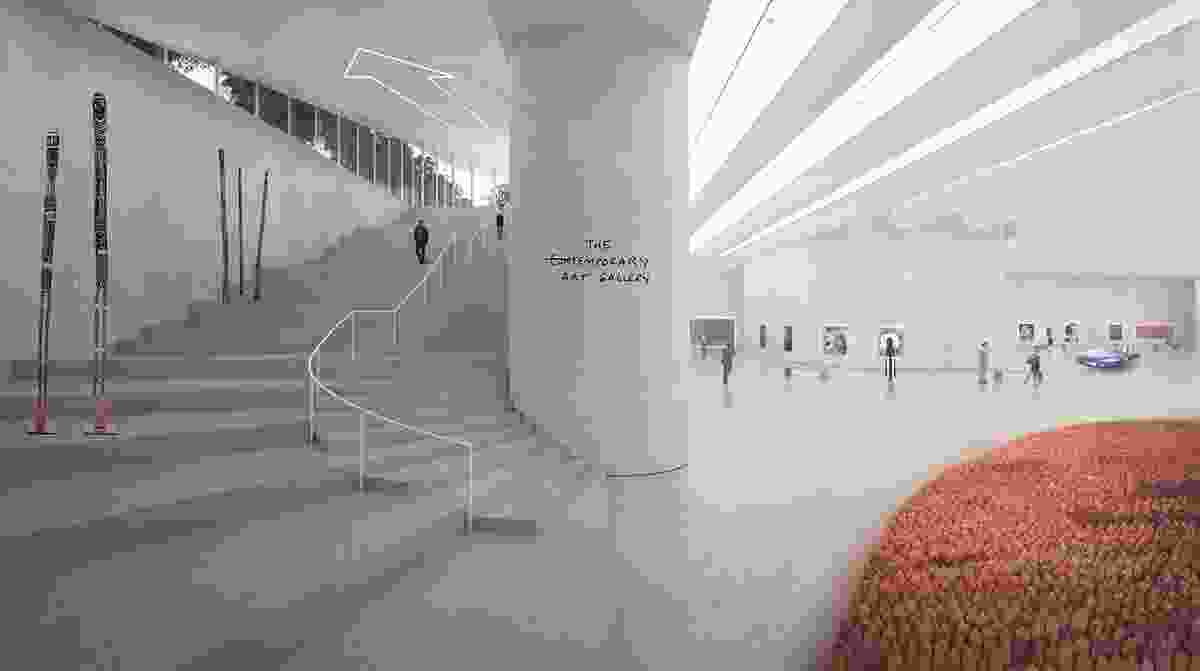 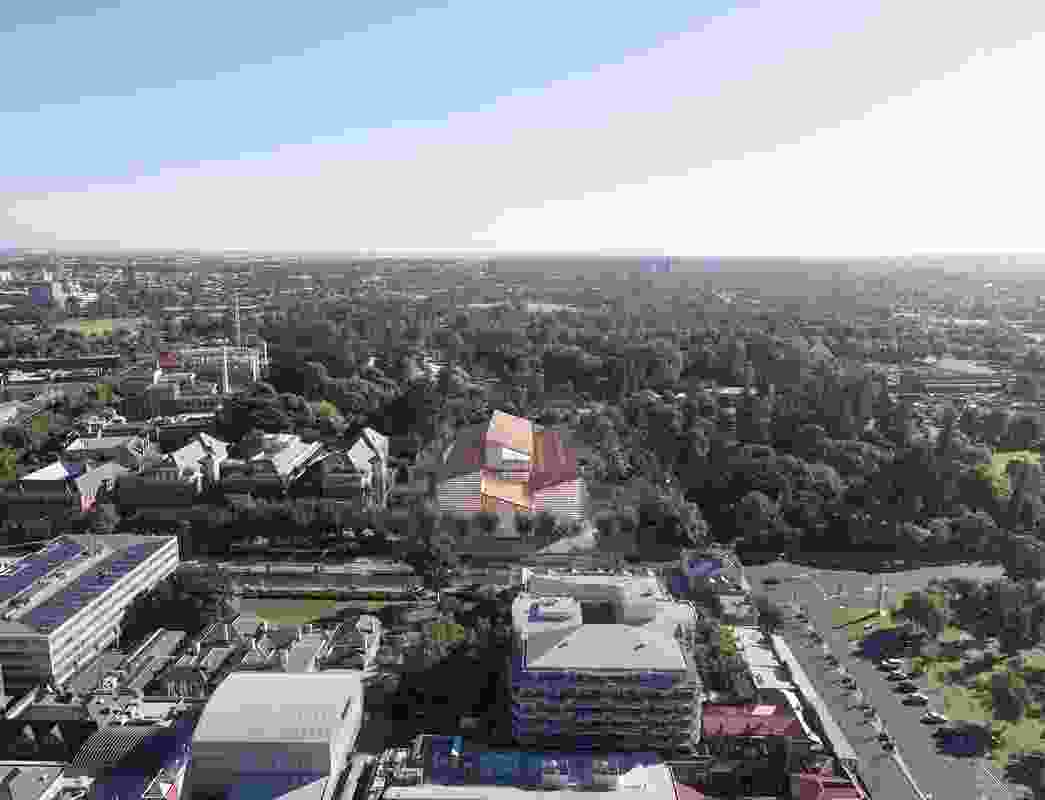 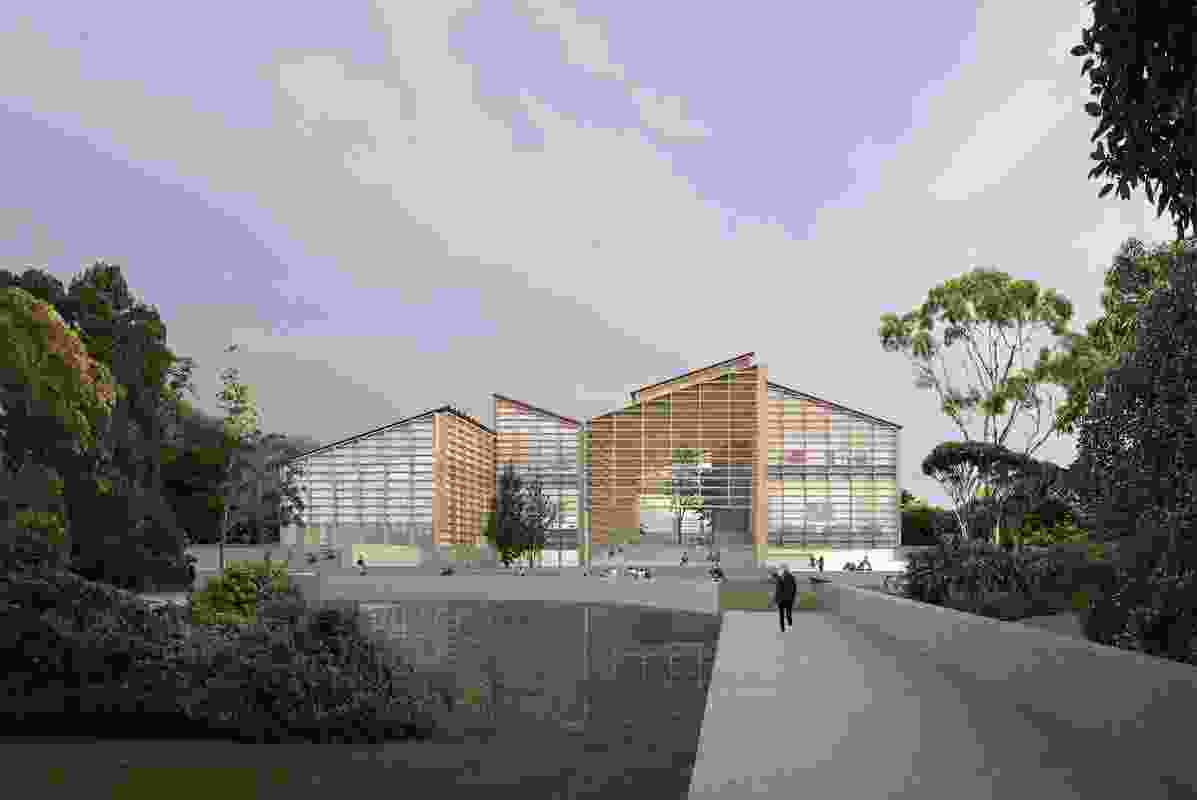 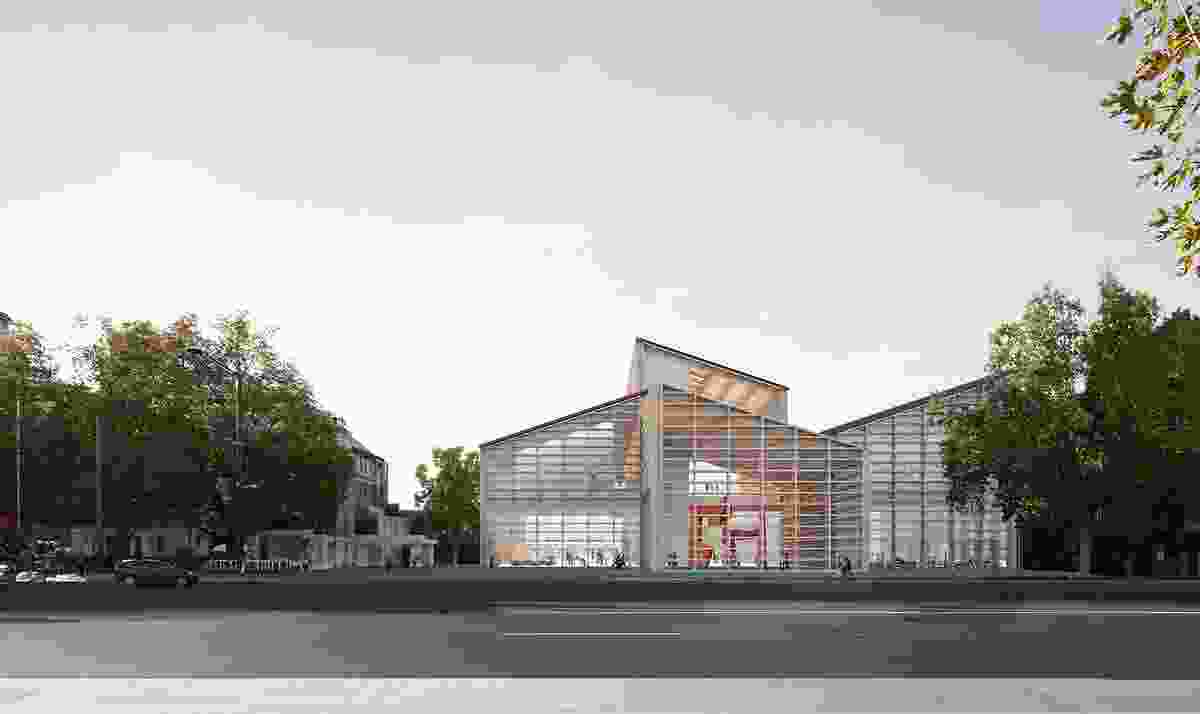 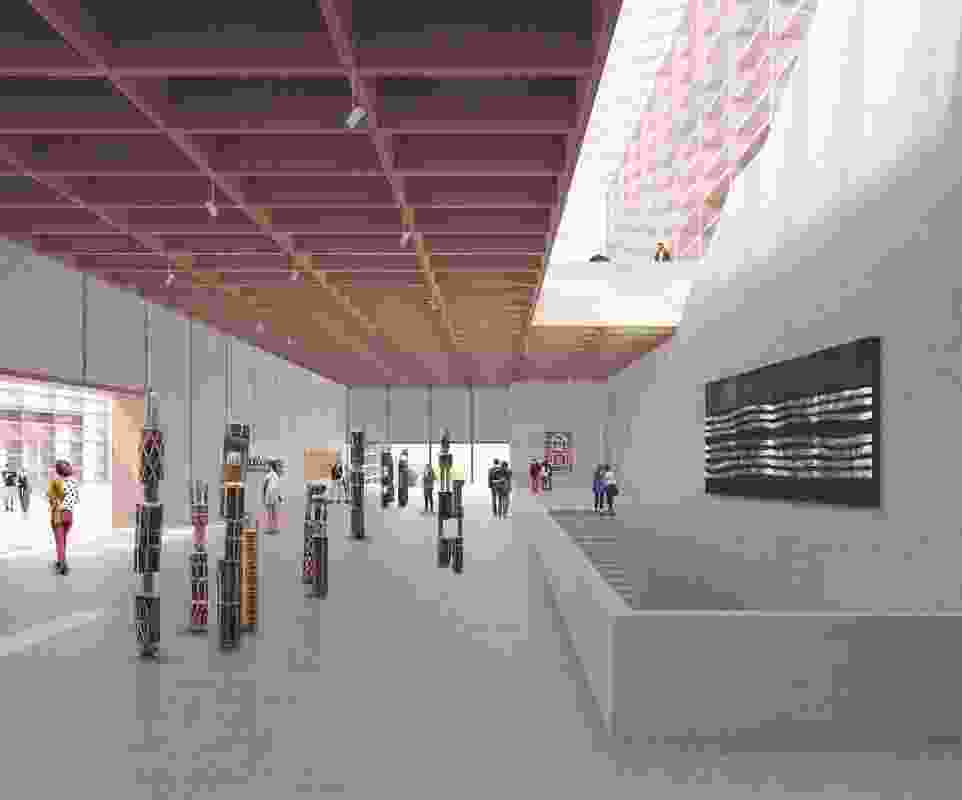 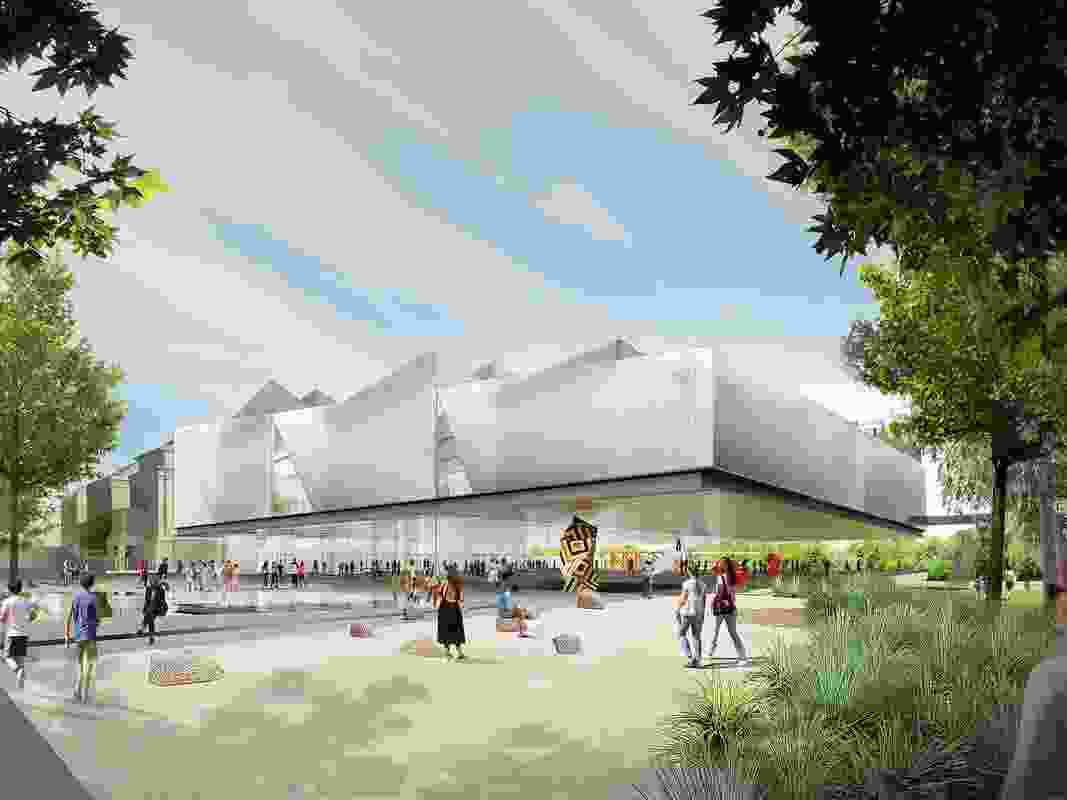 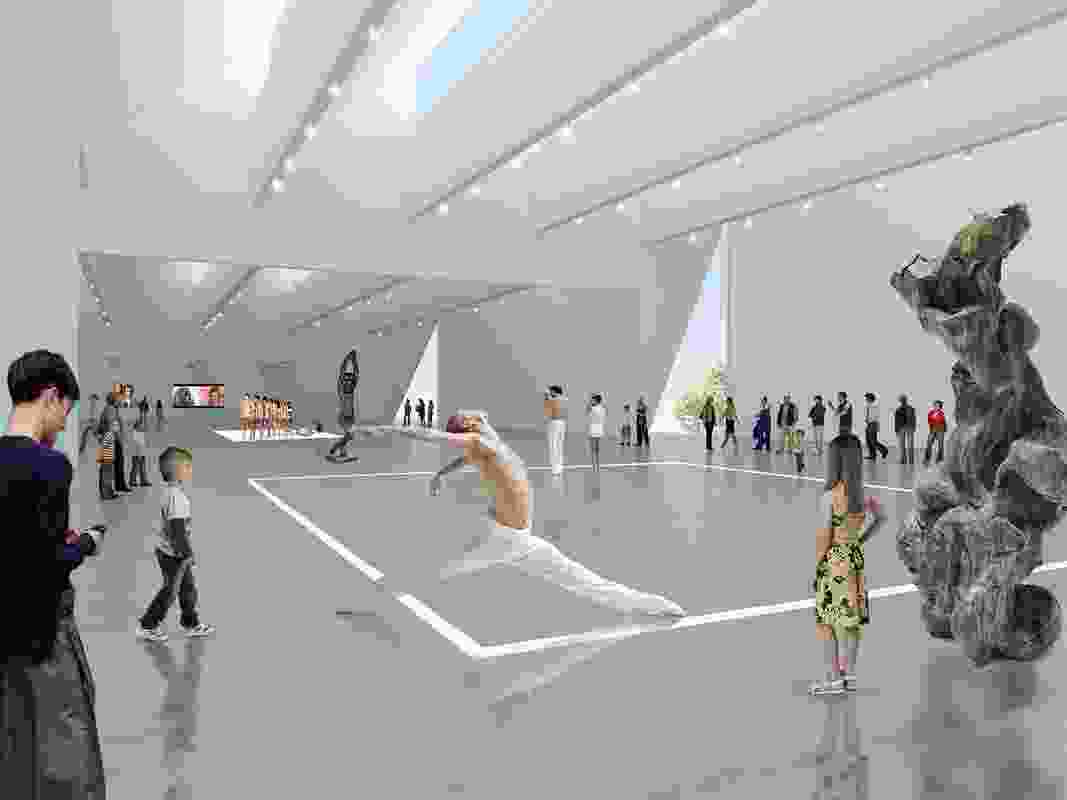 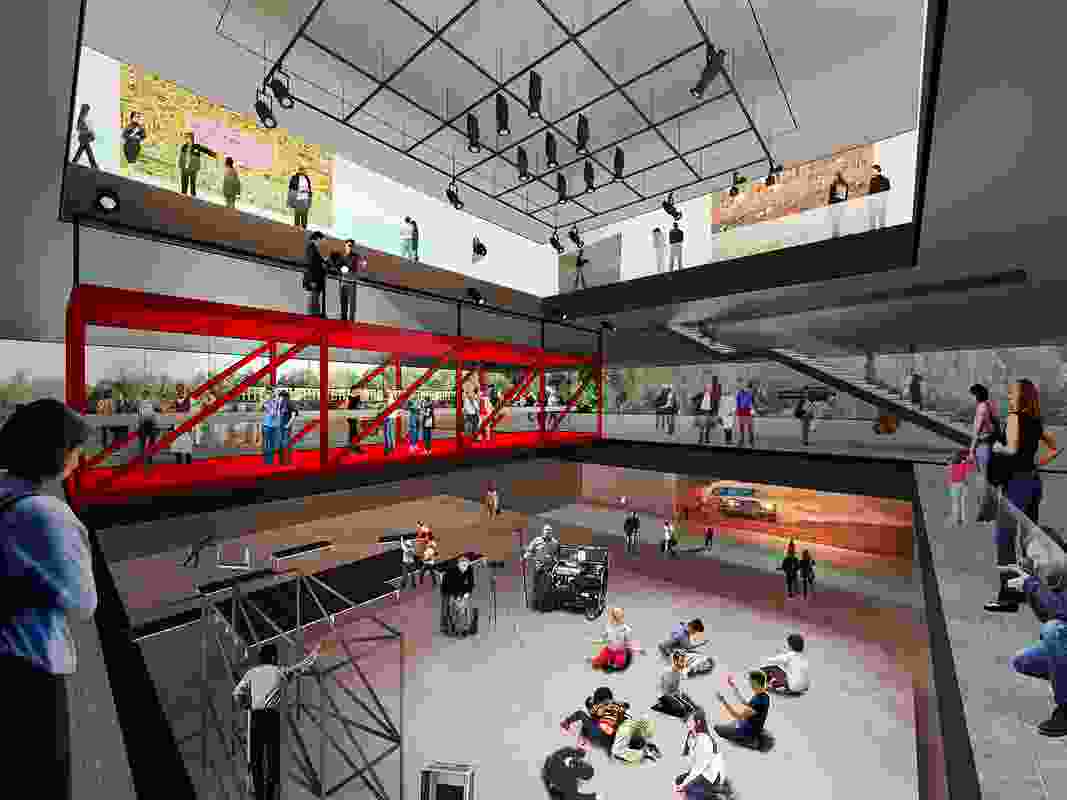 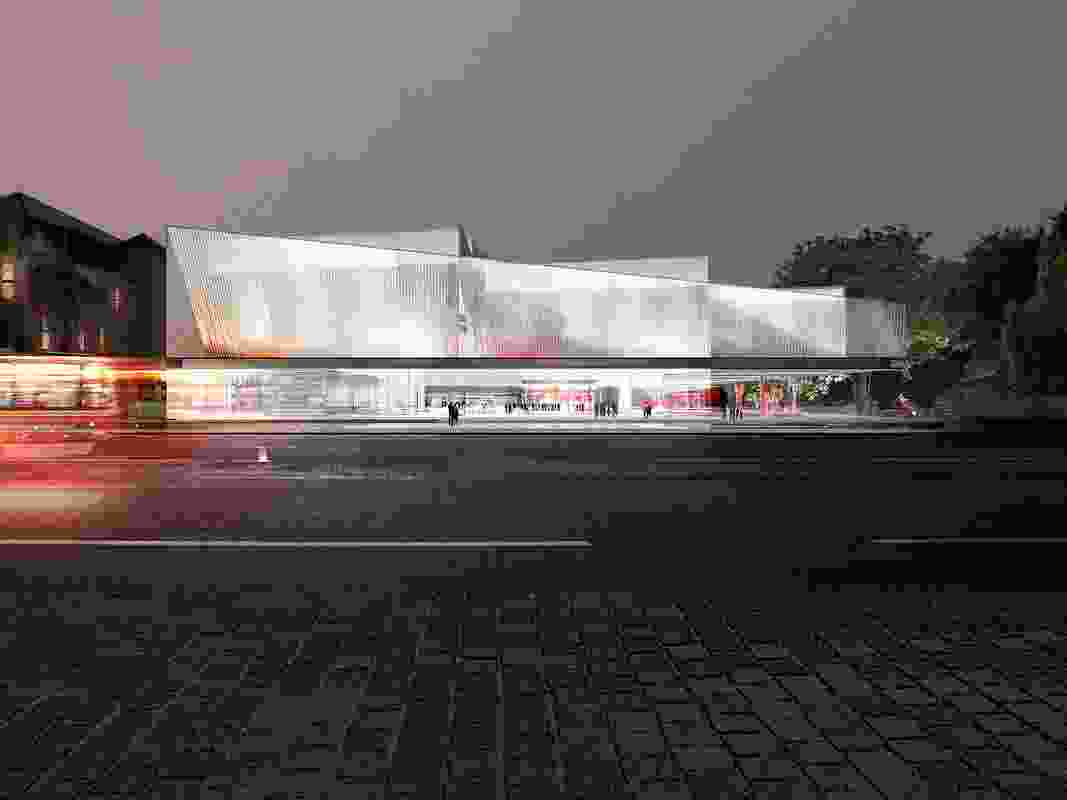 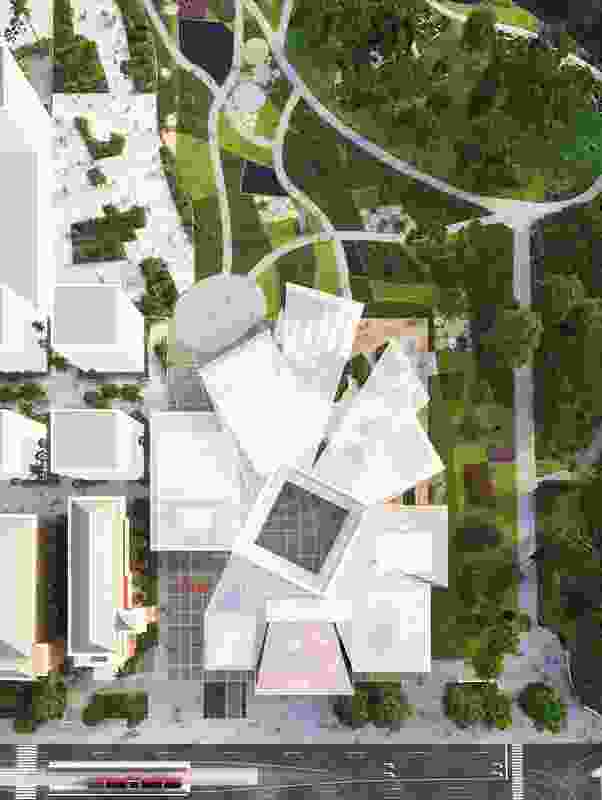 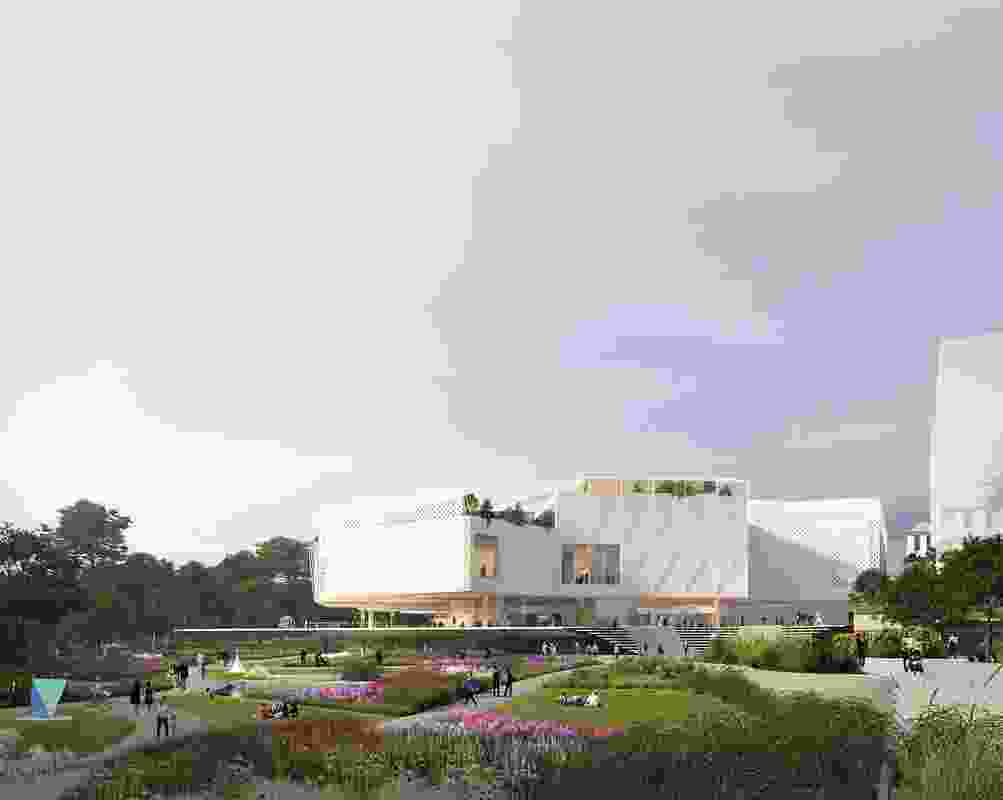 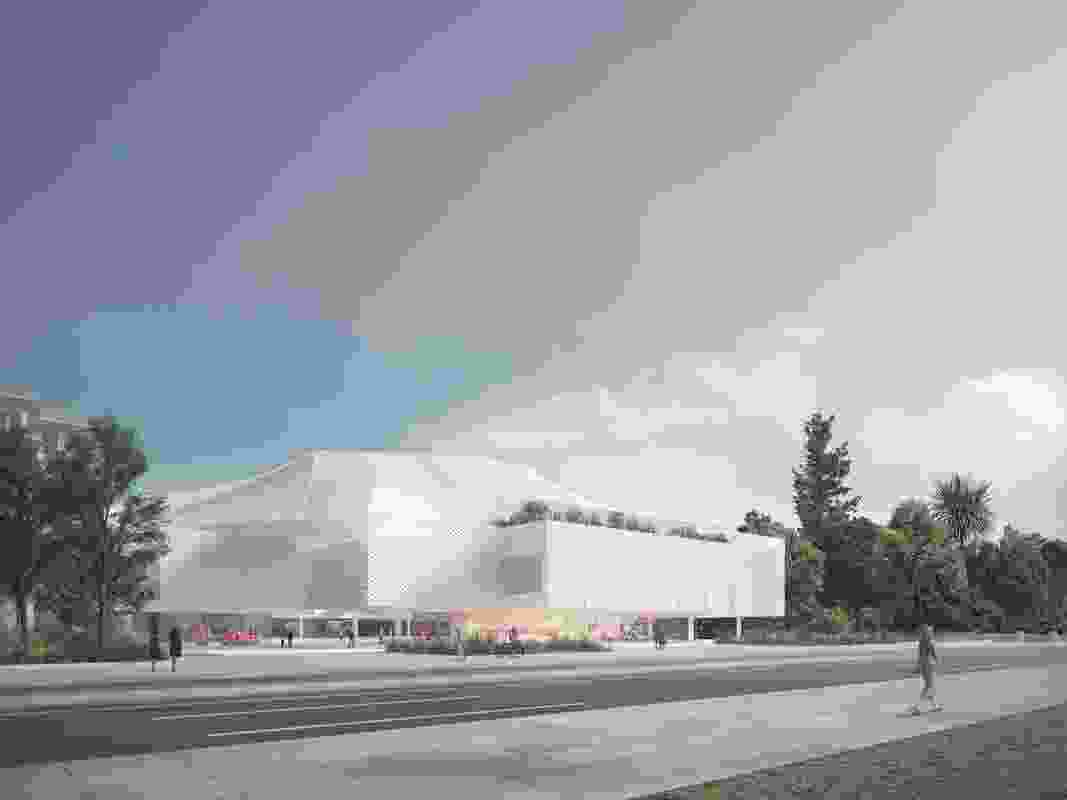 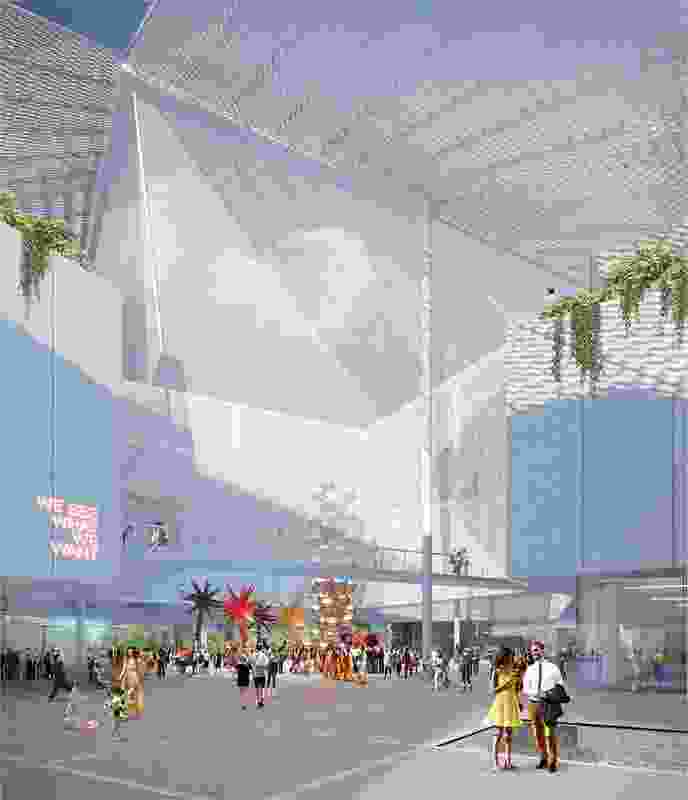