The South Australian government has unveiled plans to redevelop the Adelaide Festival Plaza, by ARM Architecture and Taylor Cullity Lethlean.

The $220 million overhaul of the under-utilised plaza is primarily geared towards reactivating the space by creating a new, single-level outdoor square. The new plaza will wrap around the Adelaide Festival Centre (which is also undergoing a proposed $90-million upgrade, designed by Hassell), connecting it to the riverfront.

The government originally announced the redevelopment plans in March 2015. Premier Jay Weatherill said at the time, “For a long time this vital precinct has been neglected as an entertainment area and the car park has fallen into a state of significant disrepair. The redevelopment seeks to extend the runaway success of the Adelaide Oval redevelopment with what we want to become Adelaide’s best public space.”

The plaza upgrade was intended to work in tandem with a proposed $350-million expansion of the SkyCity casino, designed by The Buchan Group in 2012. The casino expansion, which will occupy an existing carpark site currently owned by the government, has stalled due to the casino operator’s financial troubles. The casino expansion is a key part of the urban regeneration of the precinct.

“Of course we want the casino to go ahead but we need a yes or a no, an infinite maybe is the worst outcome,” South Australian deputy premier and minister for urban development John Rau told The Advertiser. “If you take the casino away and do nothing, the plaza has a dead western edge and that’s not OK. It buggers up the whole site.”

The government indicated that if the casino expansion is scrapped, an expression of interest process could be held for another private developer on the site. The redevelopment plans released by the government show a rudimentary alternative for a multi-storey building.

“When we announced the project earlier this year, we thought we would be creating one new plaza,” Rau said. “We’ve actually been able to create many new defined spaces.”

The proposed new square will be a uniform-level space stretching from Station street in the south to King William Street in the east. A flexible inner square will be capable of hosting a range of proposed programs including an ice-skating rink, moonlight cinema, Spiegeltent and market stalls, as well as an option for an inner green lawn or grassy knoll.

Along the southern and eastern boundaries of the new square, the design teams propose defined, structured green edges lined with trees, plants and pergolas to shield the square from the heat of the Adelaide climate. A water fountain in the middle of the plaza will further reduce the heat as well as act as a summer playground for children.

The plan proposes to create a ceremonial axis from the south-eastern corner of the new plaza to the entrance of the Adelaide Festival Centre, as well as a new sunken courtyard that will provide a lower entrance to the centre, off King William Street.

To the south of the new plaza, a roof-top garden will be created on top of the two-storey building at the rear of Parliament House.

In the space between the Adelaide Festival Centre and the Dunstan Playhouse, the existing amphitheatre will be replaced with a new plaza and new set of steps leading down to the riverfront.

Demolition works on the existing space are set to begin later in 2015 with construction on the new plaza to commence in mid-2016. 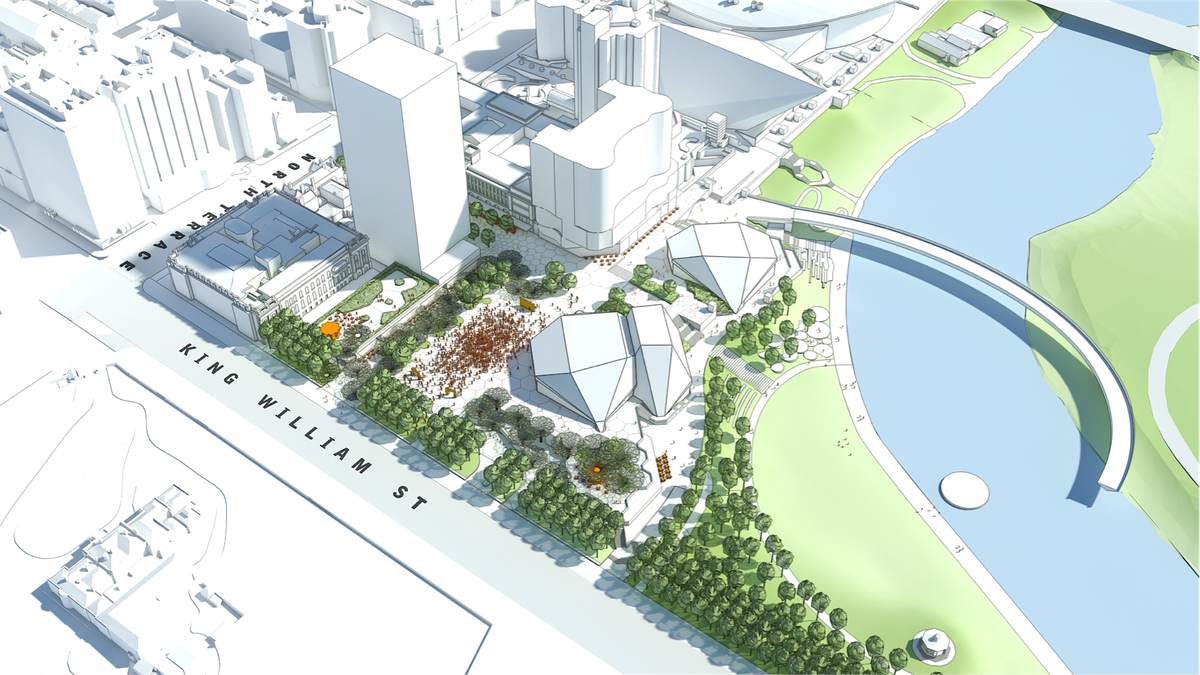 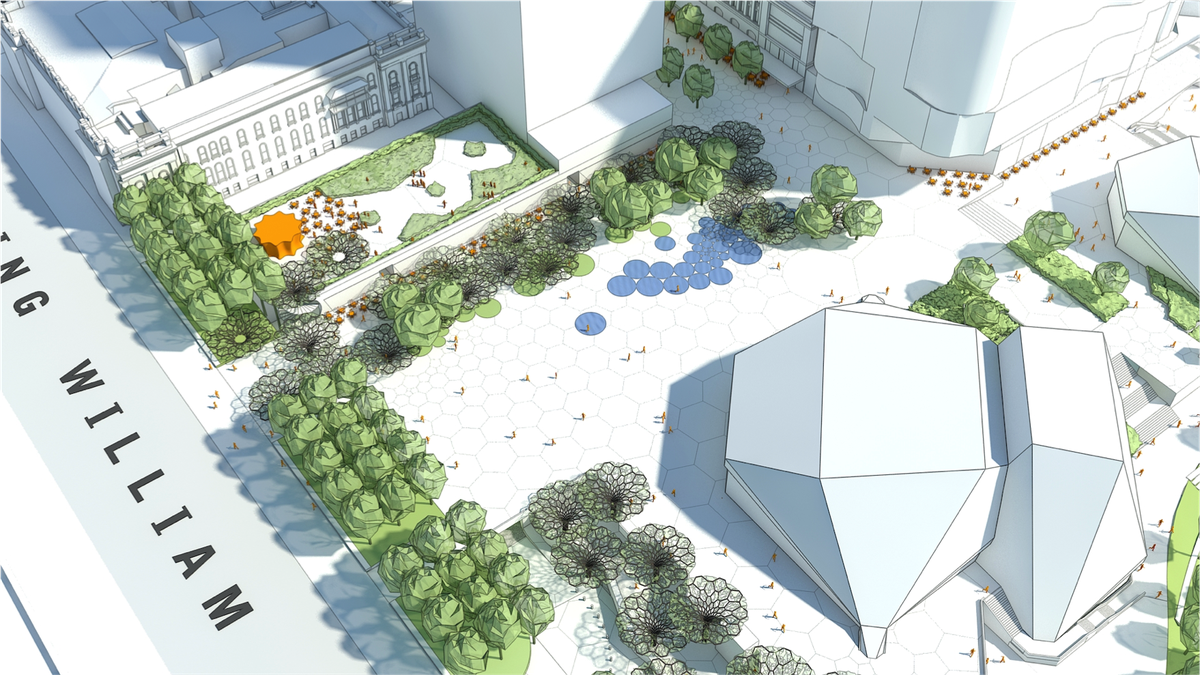 The proposed new Adelaide Festival Plaza will be lined with green edges along its southern and eastern boundaries. 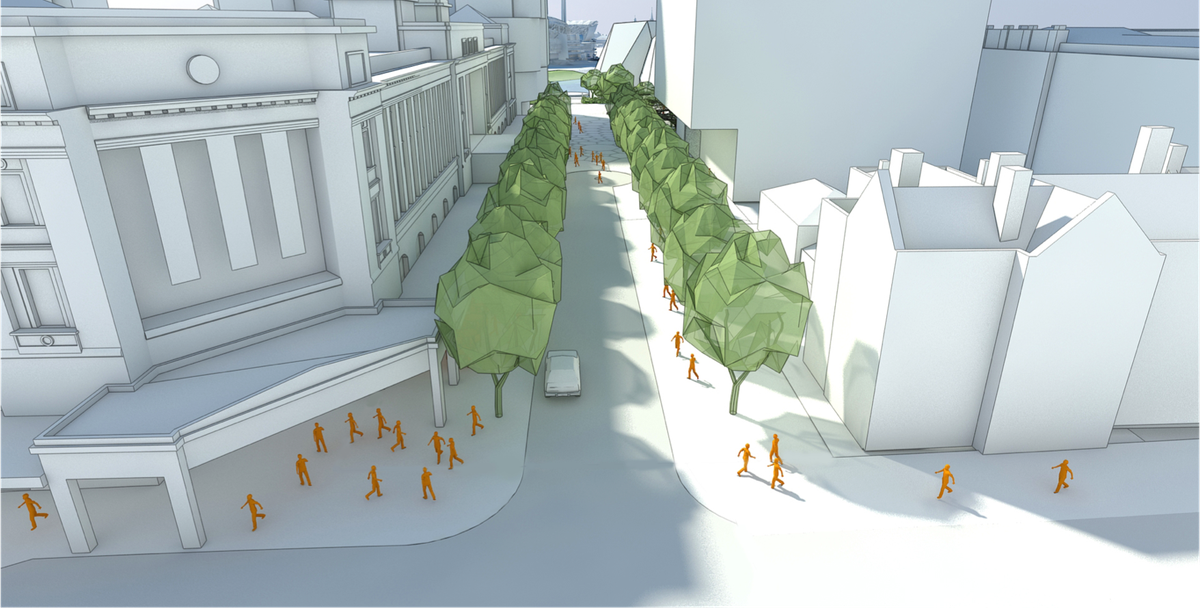 Proposed pgrades to Station Street in the redevelopment of Adelaide Festival Plaza. 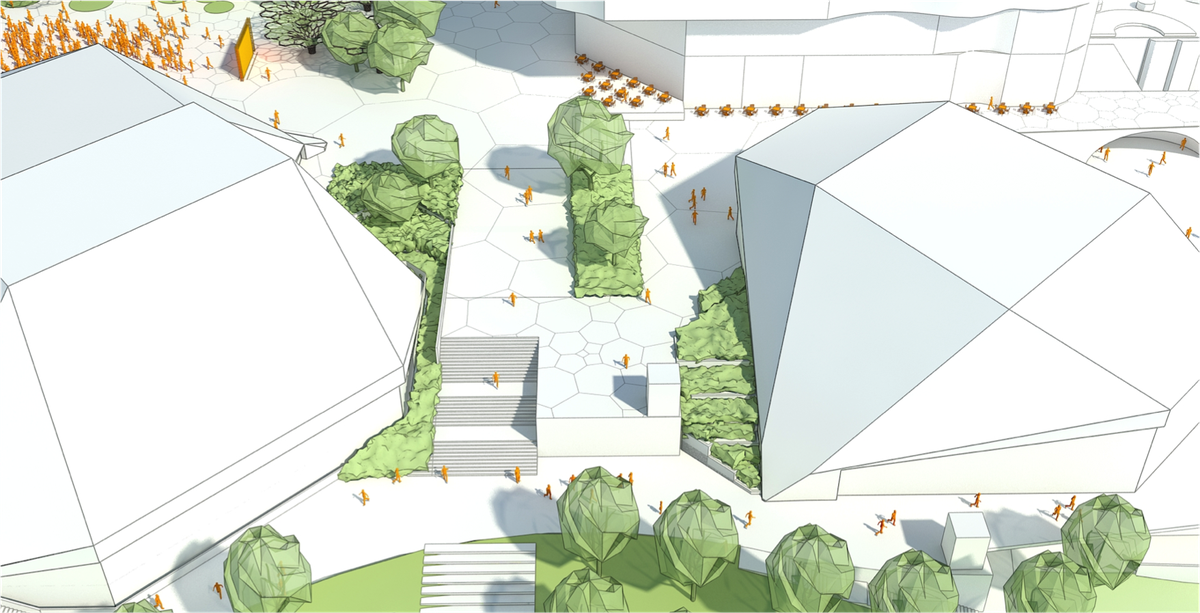 The proposed new Dunstan Plaza between the Adelaide Festival Centre and Dunstan Playhouse. 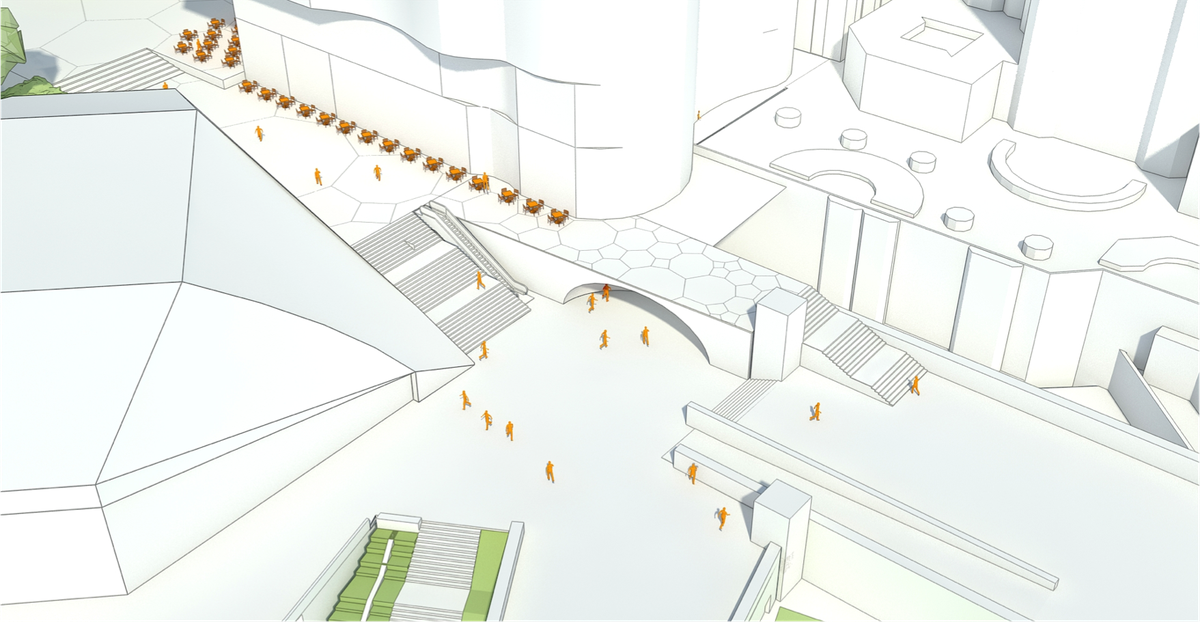 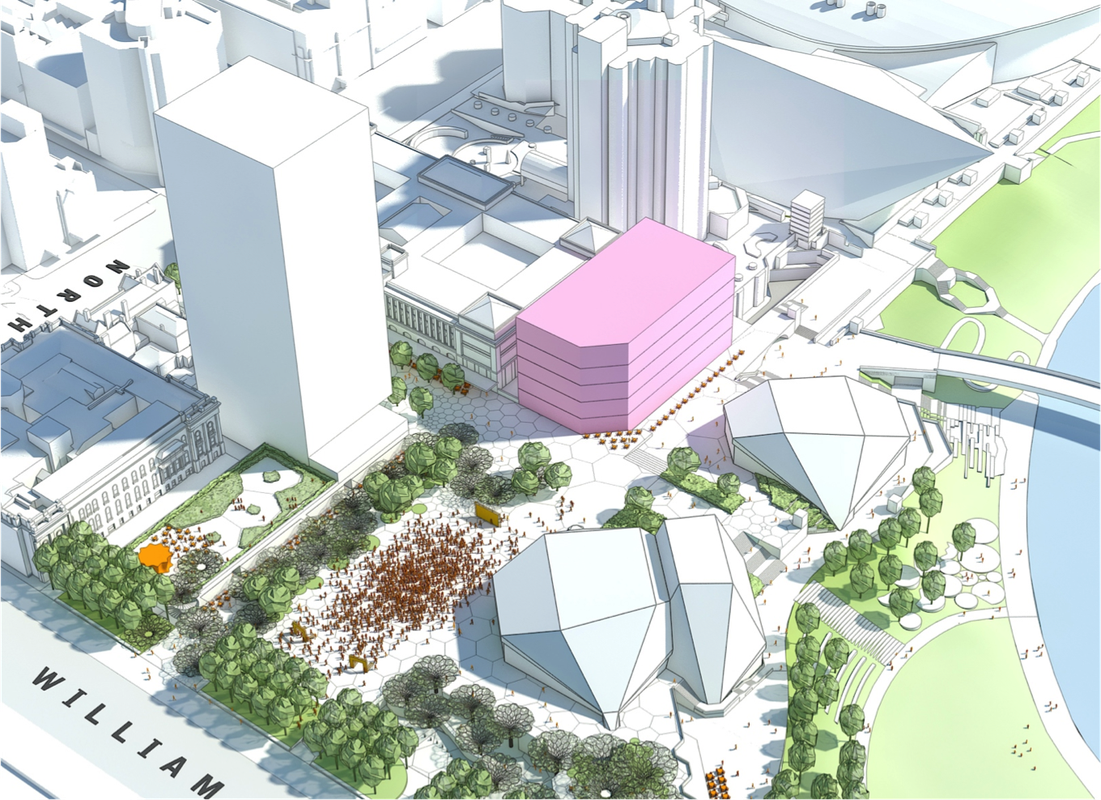 The redevelopment of the government owned carpark site (pink) currently slated for the SkyCity casino expansion, will be key to the urban renewal of the precinct.