A room from this property on Avoca Street, Randwick, which was built under AHSEPP, was advertised on Domain as a furnished studio for $500 per week in March.

Randwick City Council is calling on the NSW government to review its affordable housing policy after the council planning committee found that the incentives for developers to build affordable housing are not delivering the intended outcomes, with many units advertised as at-market rental housing for students.

The report also found that buildings developed under State Environmental Planning Policy (Affordable Rental Housing) 2009 (AHSEPP), are often unaffordable for the people intended to benefit from the policy, with newer units often ranging between $390 and $500 per week.

AHSEPP included a number of planning changes aimed at facilitating the development of affordable housing. These include a “bonus” to the floor space to site area ratio and the ability to construct boarding house rooms as small, self-contained apartments, meaning that rooms can be “far smaller” than the 35 square metres required under normal planning rules. Boarding house rooms are limited to a maximum of 25 square metres.

“Unfortunately […] the policy does not control the rental amount and leaves this to the market to decide. This is pushing out those who can’t afford to pay $500 a week for a 12 square-metre lodging and attracting student accommodation.”

The report says that the financial returns on medium-density, boarding house-type developments in the area are favourable, with sources quoting up to a 9 percent return on investment.

D’Souza added that, while there was nothing necessarily wrong with producing student housing, “what we’re seeing is developers taking advantage of generous incentives to get bigger developments built in residential areas under the guise of helping the community and yet they’re charging market rates which are way out of reach for those most in need.” According to the report, many of the developments that have been approved by the council that fall under AHSEPP are clustered around the University of New South Wales campus in Kensington.

A summary of community concerns over the effect of AHSEPP reports that locals are worried about the buildings “not providing genuine affordable rental accommodation to those in need,” some of whom described it as “increasing density by stealth.

The Planning Committee report recommends that the “density bonus” provided by the AHSEPP should either be removed or tied to an obligation to provide affordable rental accommodation. The report also suggests “the Department of Planning and Environment to conduct a comprehensive review the effectiveness of AHSEPP in meeting its objectives.” 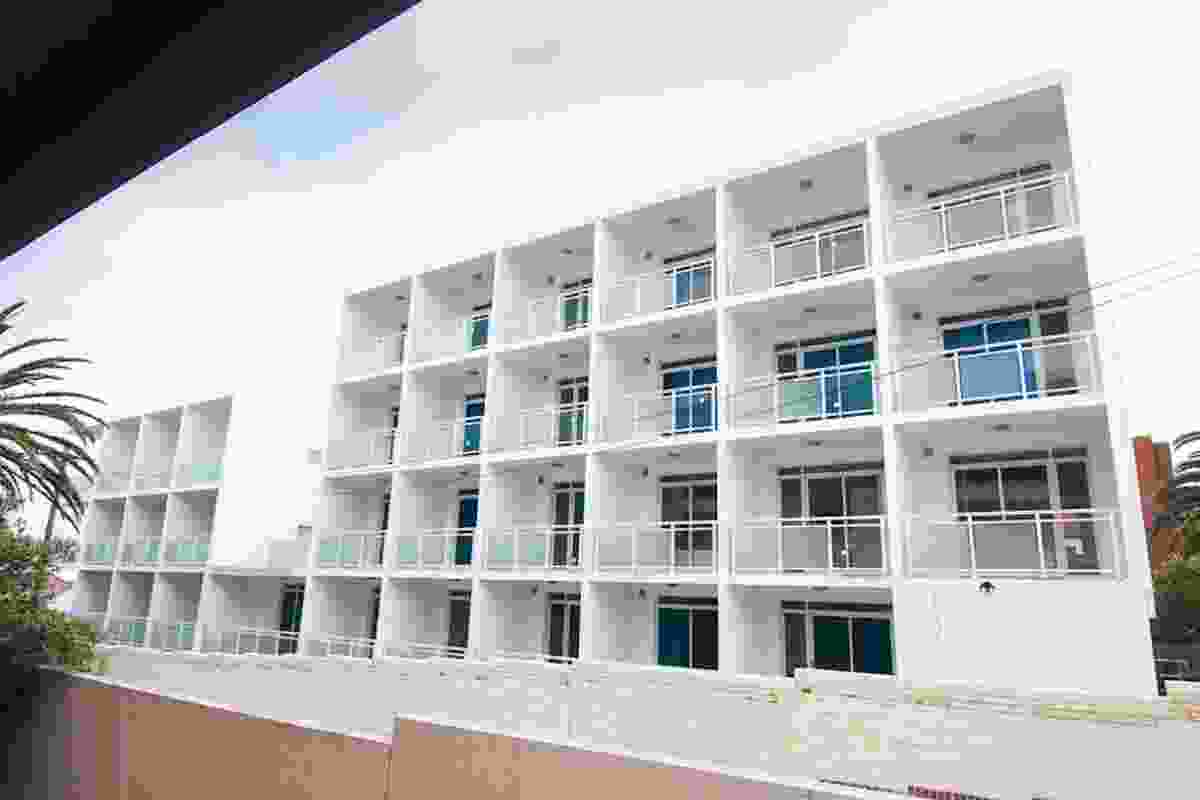 A room from this property on Avoca Street, Randwick, which was built under AHSEPP, was advertised on Domain as a furnished studio for $500 per week in March.