“When the Berlin Wall fell, there were 11 countries with border fences and walls. By 2016, that number had increased to 70,” said Chinese artist Ai Weiwei in a crowdfunding campaign for his latest project Good Fences Make Good Neighbours, which can now be seen across New York City.

“We are witnessing a rise in nationalism, an increase in the closure of borders, and an exclusionary attitude towards migrants and refugees, the victims of war and the casualties of globalization.”

The project – a citywide public art exhibition at more than 300 locations – is inspired by the international migration crisis and includes large-scale sculptures that depict the security fence as a social and artistic symbol.

The title of the project comes from a line in Robert Frost’s popular poem, “Mending Wall,” in which the narrator questions the need for fences in maintaining good neighbourly relationships.

The project draws attention to role of fences in dividing people as is particularly pertinent in the US due to the countries new immigration and border control policies.

The sculptures include Arch at Washington Square Park, a 12-metre-tall cage structure slotted underneath the Washington Square Arch. The sculpture features a polished mirror cutout of two human silhouettes in reference to a doorway designed by Marcel Duchamp for the Gradiva Gallery, which French writer and poet André Breton opened on Paris’s Left Bank.

“When I lived in New York in the 80s, I spent much of my time in Washington Square Park. This area was one of New York’s most vibrant and diverse neighborhoods – a home to immigrants of all backgrounds,” said Ai Weiwei. “The triumphal arch has been a symbol of victory after war since antiquity. The basic form of a fence or cage suggests that it might inhibit movement through the arch, but instead a passageway cuts through this barrier – a door obstructed, through which another door opens.”

In addition to the three large-scale sculptures in public spaces, the artist has also created a series of site-specific interventions on top of and between private buildings.

The exhibition also includes a series of 200 banners that appear on lamp posts in all five of New York’s boroughs. Bus shelters also carry advertising billboards that showcase a series of 100 documentary images from Ai’s research at refugee camps and national boarders.

“With Good Fences Make Good Neighbours, Ai Weiwei draws attention to the unprecedented divisions in our political system, the controversies over immigrants, and the pain and perils of fleeing refugees,” said Chirlane McCray, the First Lady of New York City. “Weiwei confronts xenophobia inspired by his own lived experiences, and uses art to encourage inclusiveness and understanding. I salute Weiwei for his bold creativity and activism.”

Ai studied as an art student in New York in the 1980s and later returned to China in 1993. He was arrested and held in detention by the Chinese government in 2011. After his passport was reinstated in 2015, Ai travelled to refugee camps around the world and much of his art practice since has been dedicated to drawing attention to the plight of displaced people. 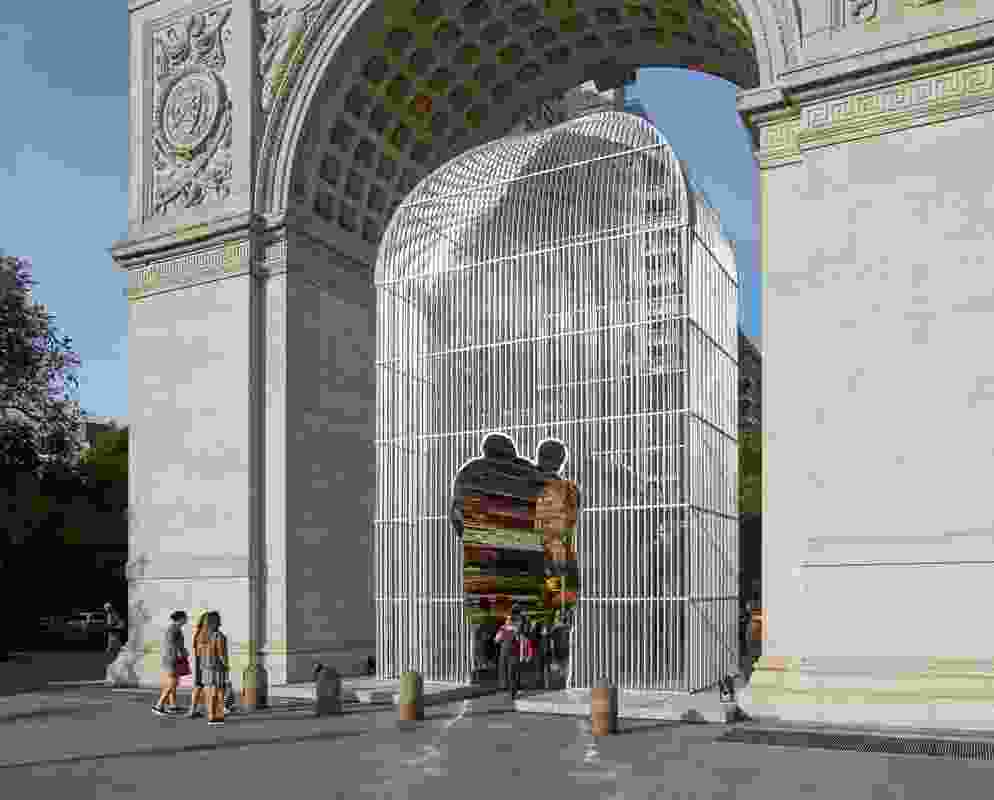 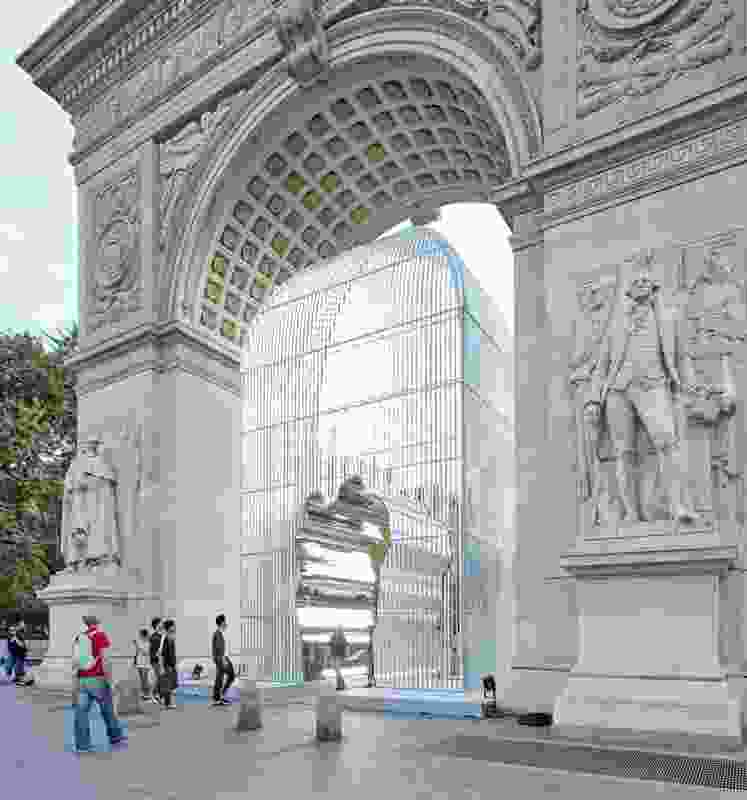 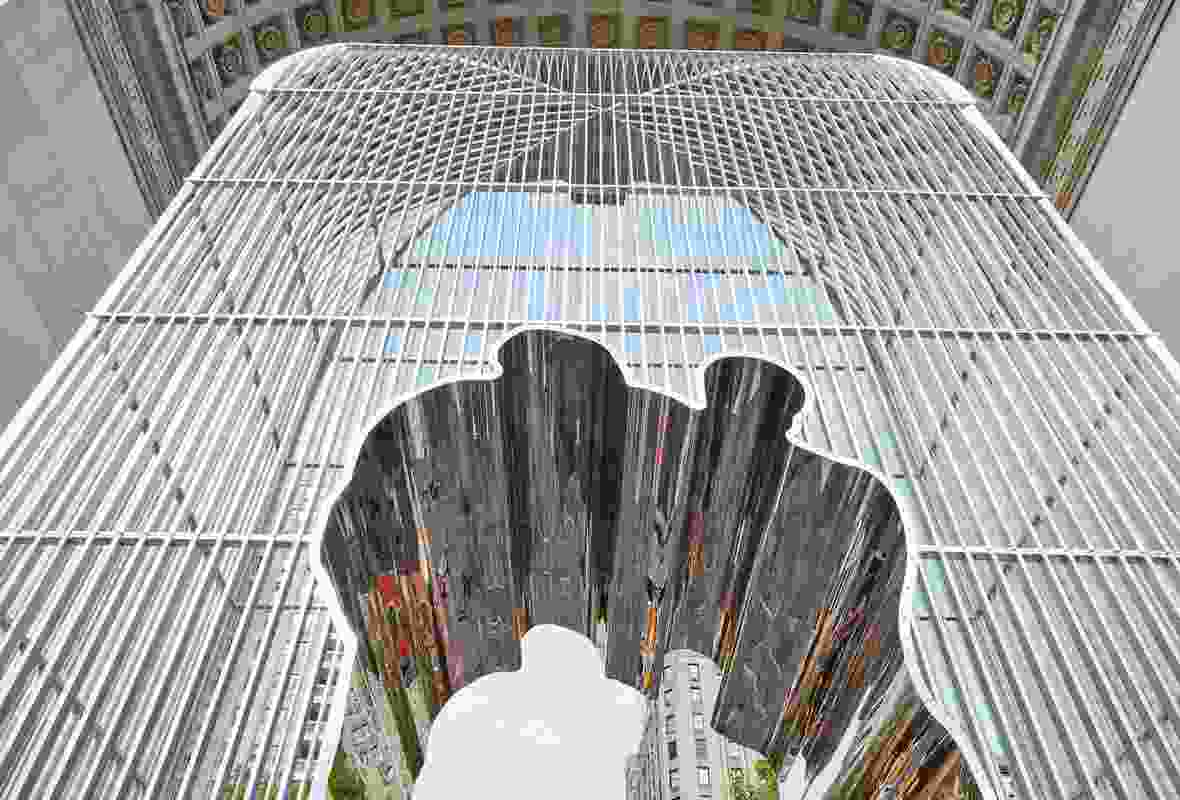 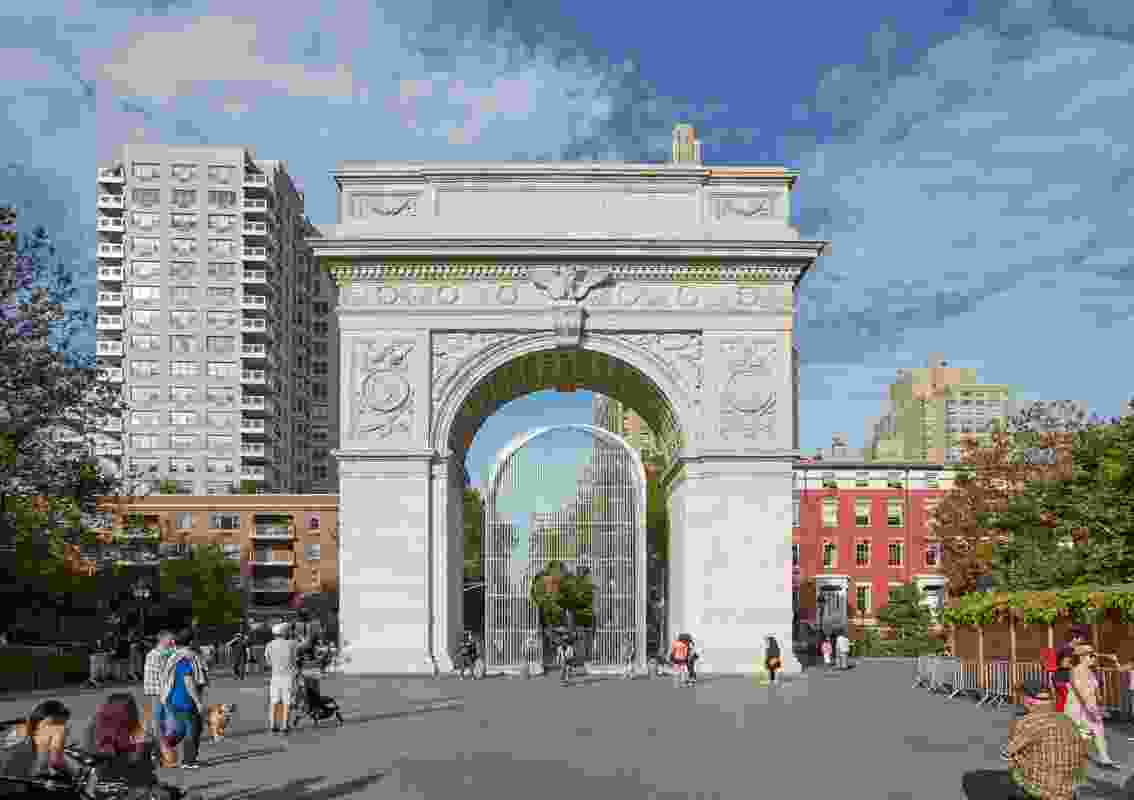 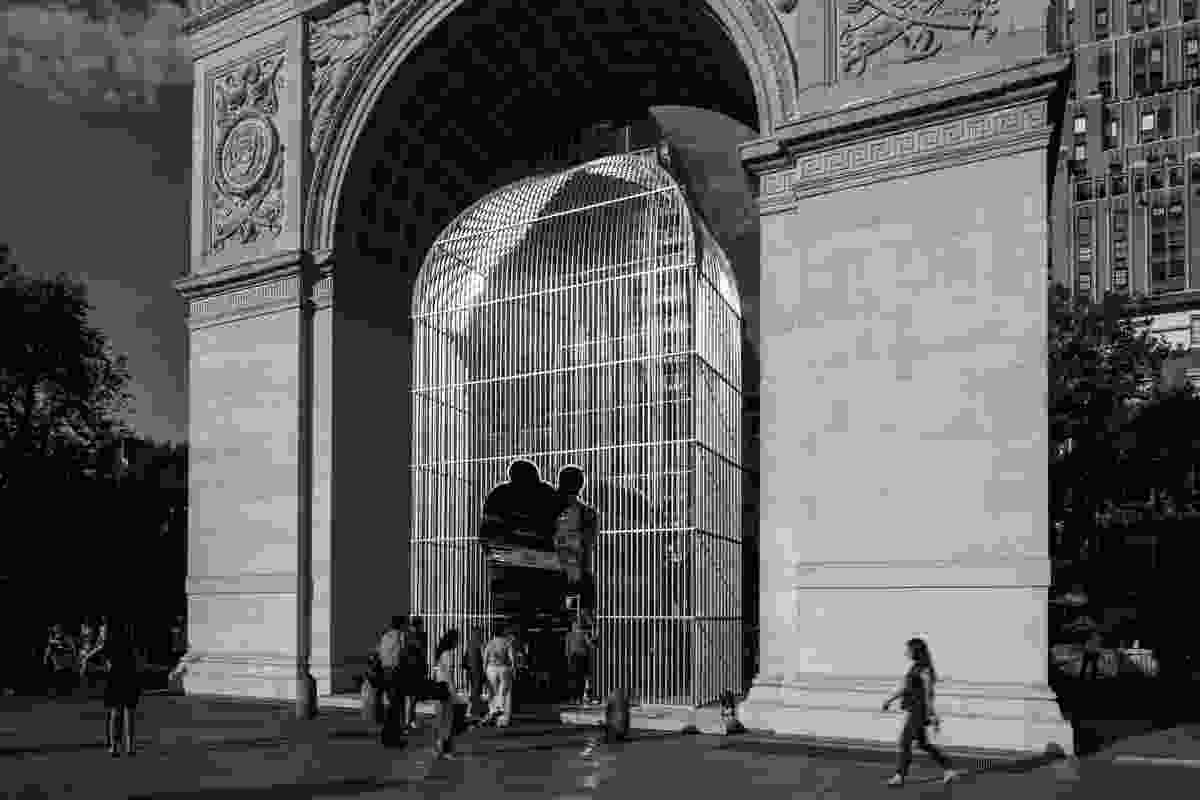 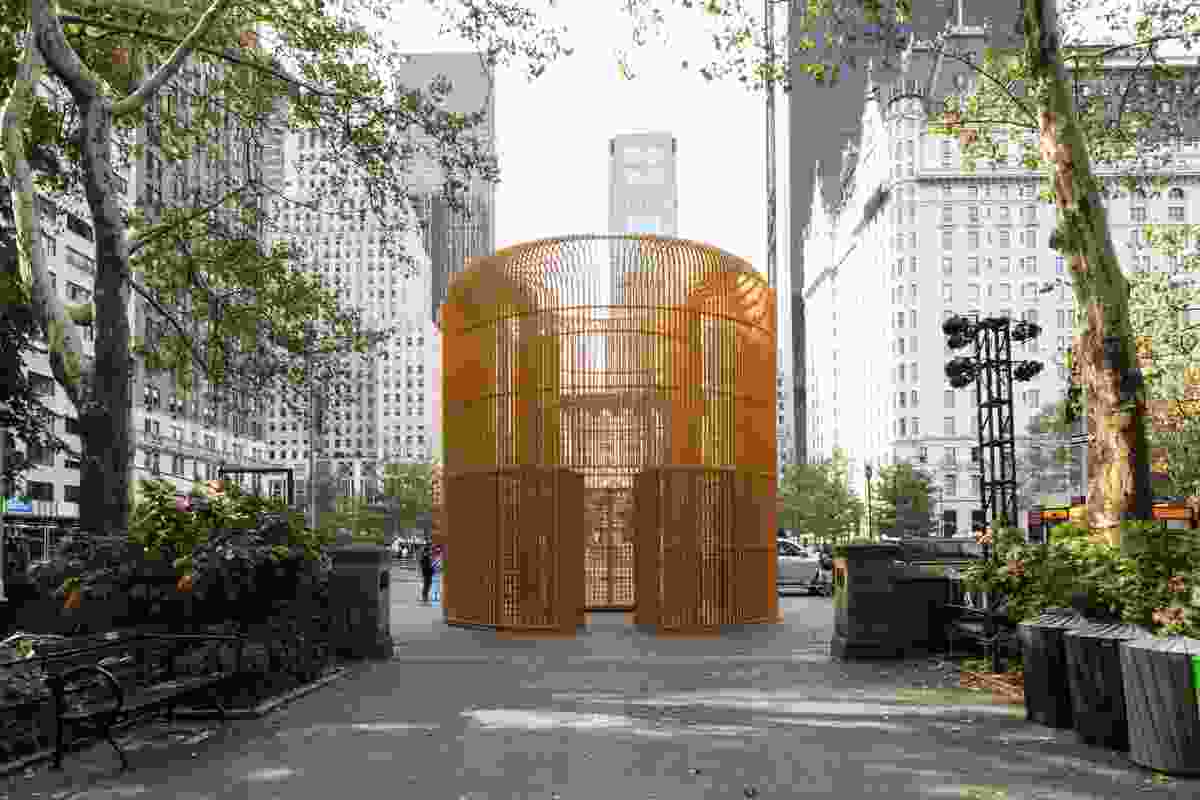 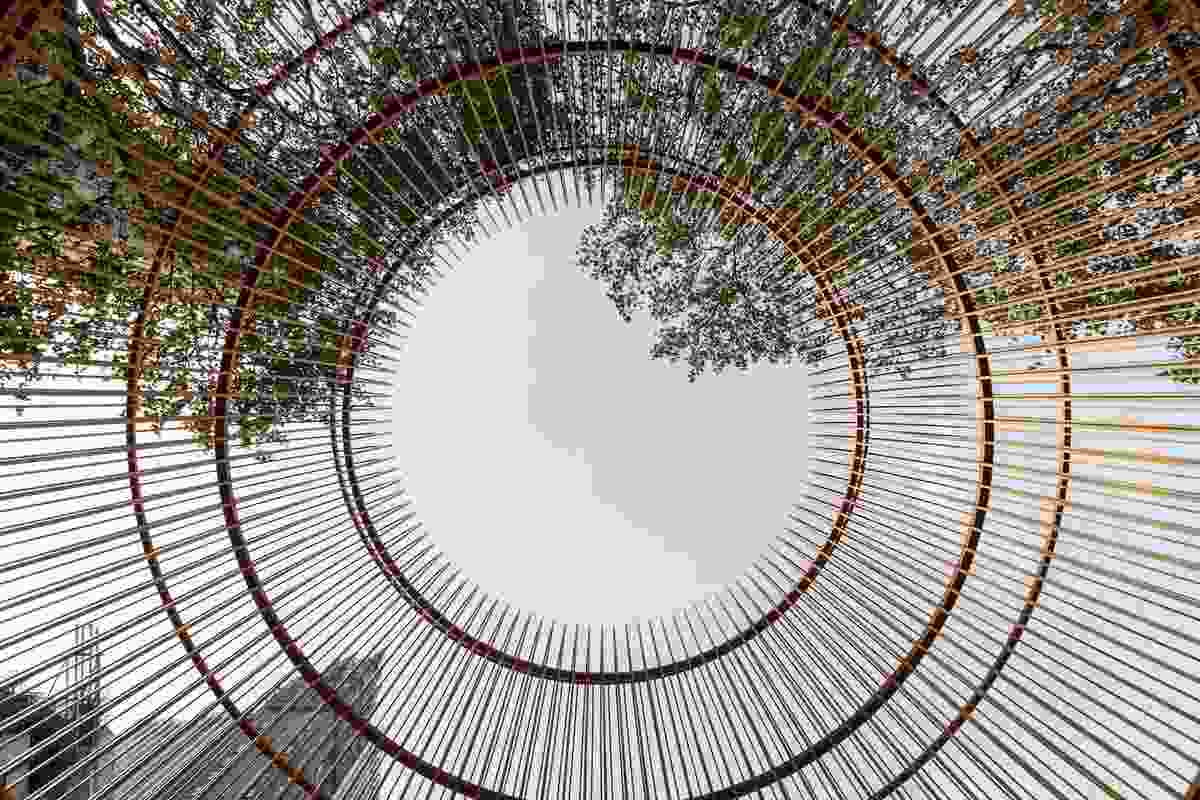