Charismatic global architect Alejandro Aravena took to the stage in Sydney and presented three projects that demonstrate the power of architecture as an agent for creating social impact.

Alejandro Aravena, the 2016 Pritzker Architecture Prize winner and 2016 Venice Biennale director from Santiago, Chile, took to the stage in Sydney in July 2017 as part of the Cement Concrete and Aggregates Australia C+A talk series. Aravena looks every bit the charismatic global architect. But he’d naturally baulk at the label “star” or “hero,” instead locating his “do tank” Elemental, which he started from Harvard in 2001 with Andrés Iacobelli, in the intersection of fine formal modernist tradition and social cause or, in his own words, “projects of public interest and social impact.”1 Aravena’s lecture certainly followed this narrative, presenting three projects that underlined his vision of architecture as responsible, ethical and intelligent practice in the service of a broadly defined public good. His portfolio marries a compelling formal conviction and integrity with this public aspiration, resulting in projects that demonstrate the power of his philosophy to create social impact.

The Innovation Centre for the Universidad Católica de Chile, in Santiago, completed in 2014, was the first project to be presented on the night. The social dimensions here were sketched, as Aravena saw it, through a research community and a desire to support the creation of new ideas through constant formal and informal exchange. The resulting building turns inward, towards a void in the centre of the plan that organizes the building and provides a context for meeting and exchange, in turn pushing the program and services to the perimeter. Ostensibly about visual communication and informal exchange, this move also had the benefit of adding considerably to the seismic performance of the building, important in the earthquake-prone region, and of shifting the thermal mass of the building to the perimeter, where it can work harder.

The building presents a tough, systematic and uncompromised ultra-modern modernism, clearly linked to the formal South American modernist tradition, while simultaneously locating itself in a familiar contemporary internationalism. It exceeds these norms in its commitment to the mass of the building and its singular expression, rather than the “light and shiny” architecture that Aravena notes might be expected in a future-oriented building dedicated to innovation like this one. Aravena builds for the future by creating permanence, or endurance, which is the best form of environmental sustainability and a recurring theme in his work, and which runs against the recent trends of temporary and pop-up architecture.

For the same reason the social narrative became awkward, taking a back seat while Aravena the passionate and skilful form-maker, the architect’s architect of a monastic late modernism, stepped forward.

Aravena’s second presented project harboured his only inconsistency with the social narrative. Presented as an essay on structure and the social life of the domestic, this project again turns in on itself through orientation towards a central fire pit, or an outside room on the inside, as the organizing device for the house. For the most part, the Ocho Quebradas (Eight Ravines) House, built 250 kilometres north of Santiago, is every modern architect’s fantasy in form. Made of concrete, relentlessly uncompromising and comprising a powerful coming together of volumes in light (to paraphrase Le Corbusier), this house is one of 16 houses designed by eight Chilean and eight Japanese architects for the developer client and a fictitious client (or client type). Each house is its own research project and expressive monument, understood both as an element in the landscape but also unfortunately as a monument to an architecture and architect of the recent heroic modern past.

Self-referencing, isolated and sculptural in a way that only an architect could love, above all else these are more figures in a client’s collection than architecture, and suffer from the lack of specificity of a client’s lived context, which is otherwise so present and so textural in Aravena’s work. For Aravena the project is a study in structural engineering. Presenting structural drawings rather than architectural ones, however, was not a convincing visual argument against the grainy black-and-white photography and the dark, empty moodiness of the apparently windowless concrete spaces. The planked texture of the off-form concrete and the massive cubic elements in a windswept coastal setting on the Pacific Ocean were too powerfully romantic in their own right for the structural argument to resonate. For the same reason the social narrative became awkward, taking a back seat while Aravena the passionate and skilful form-maker, the architect’s architect of a monastic late modernism, stepped forward.

It is an expression of the figure of the architect, restored to the role of public intellectual and social agent, with a careful and artistic compositional skill that stands in contradistinction to the star architects of the 90s, who have become everyone’s favourite evil.

The final project was Quinta Monroy in Chile, finished in 2004, which in many ways was the project that won Aravena the Pritzker. After an extended consultation period with a low income community of 93 families, he decided to deliver “half a good house, rather than a whole bad house” by “designing the void,” or a spare space adjacent to the core of each house, which provided room for the resident to extend when they could afford it, in their own way. Aravena has now developed this approach across numerous projects.

This project entirely deserves the accolades it has attracted. Some hokey economics aside, the logic is clear, the ambition is user-focused and intelligent, and the outcome is a strong formal framework, against which Aravena has the confidence to step back from the final expressions of residents infilling with local kitsch and character as they see fit. Aravena’s balance of formal mastery against local code is the DNA of the project. It is an expression of the figure of the architect, restored to the role of public intellectual and social agent, with a careful and artistic compositional skill that stands in contradistinction to the star architects of the 90s, who have become everyone’s favourite evil. This project has been covered many times, but to walk through it in the company of the architect was the highlight of the evening.

Before the lecture, Aravena spoke a little about the distance he feels from contemporary architectural education after leaving his role at Harvard to focus on his practice. Clearly the impulse is to think differently about how architects should be educated, but he cannot reconcile this easily with the strength of his own formalist training and modernist tradition.

Ultimately he is consistent across his work in practice and curation. He outlines an expanded practice for architects, not so much in the sense of different types of work to be done, but in expanding the field of enquiry where architectural and spatial intelligence can create real impact. The social is interesting to Aravena precisely “because it is hard” and it demands answers to a different set of questions from those normally answered by architecture, at least architecture celebrated at this level. But it also requires a different vision of the architect to motivate it, which is Aravena’s challenge to the discipline.

Aravena is fond of saying in interviews that architects must spend more time searching for the right question, before answering the wrong one. So I ask, “If architecture is the answer, what was the question?” to which, after a long pause, he reflectively replied, “Quality of life.” 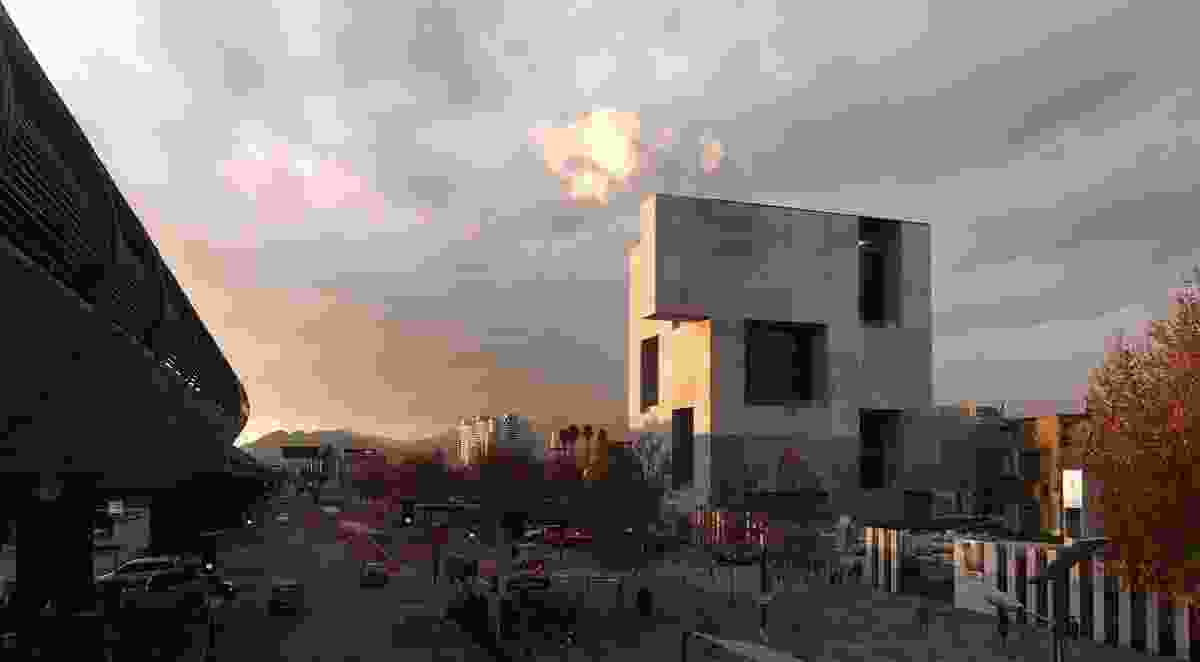 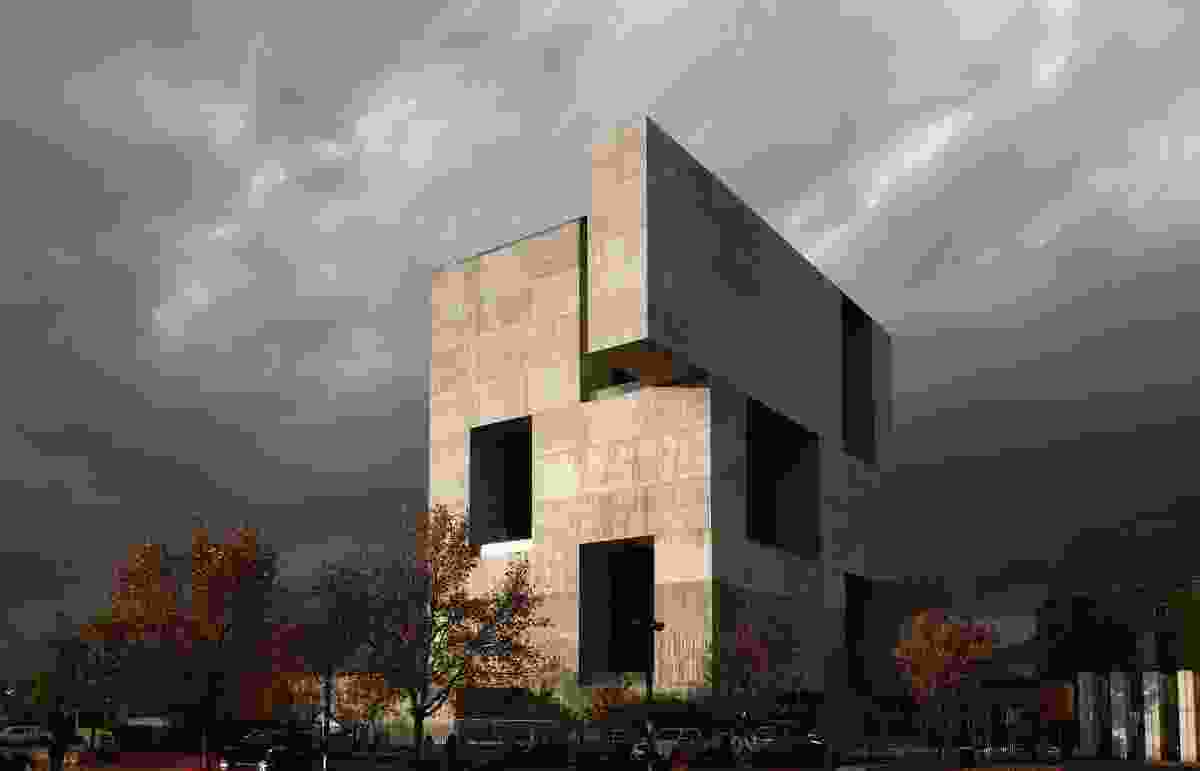 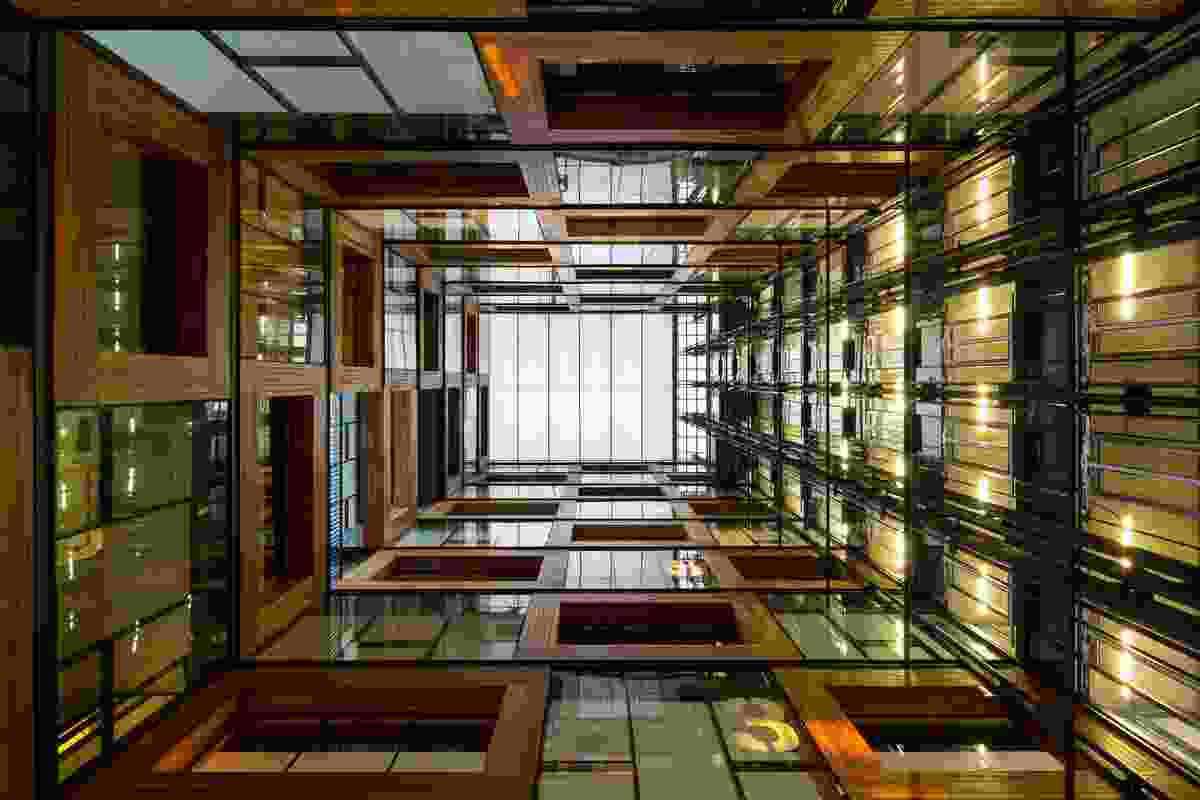 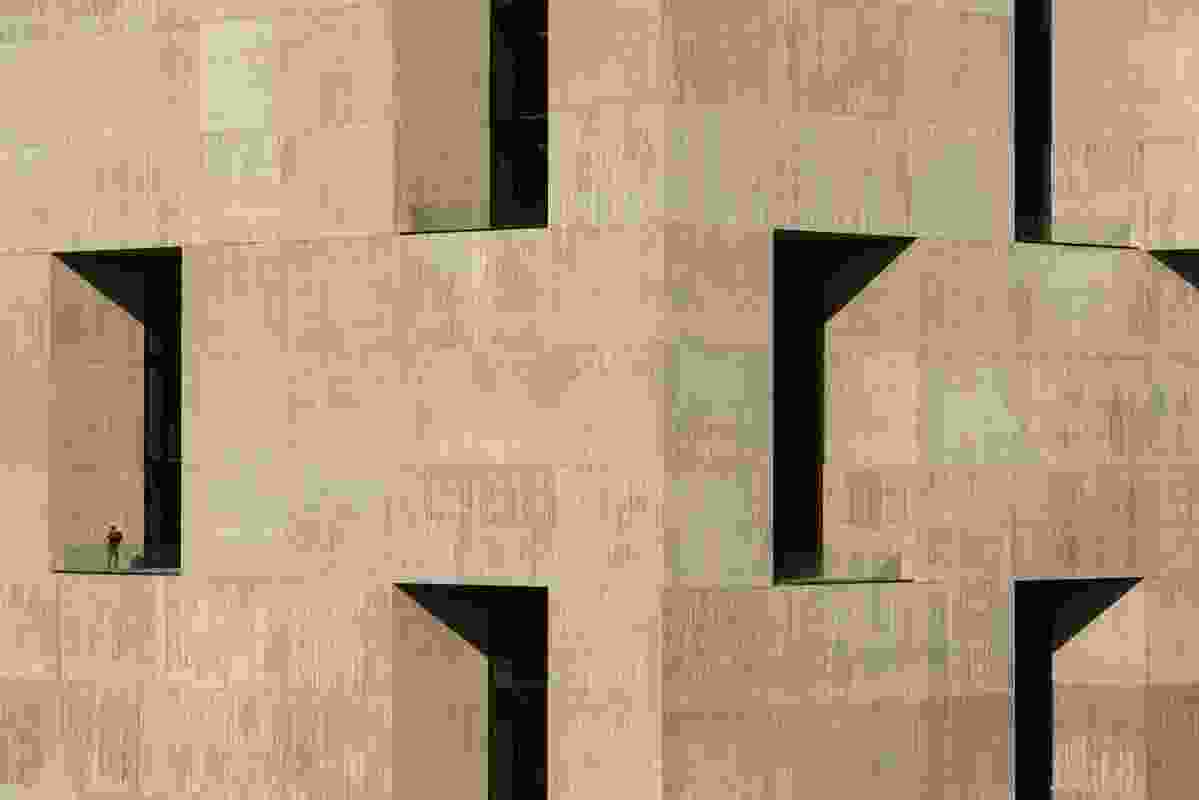 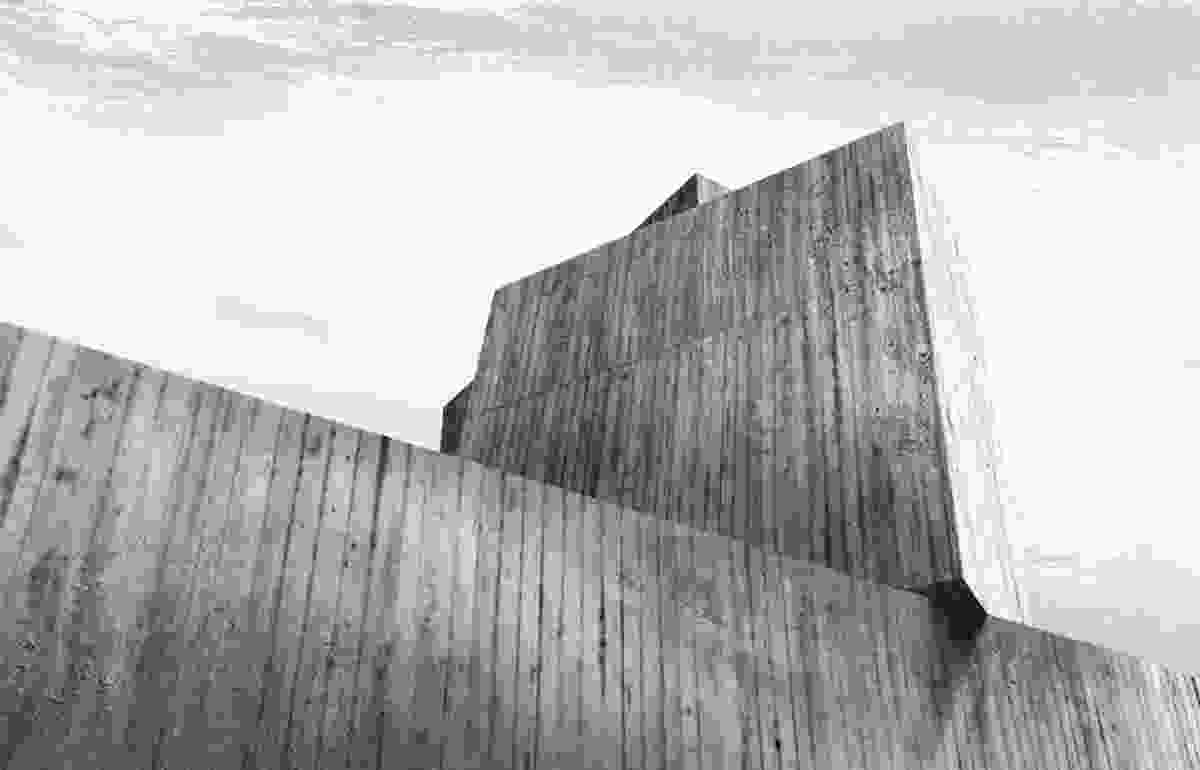 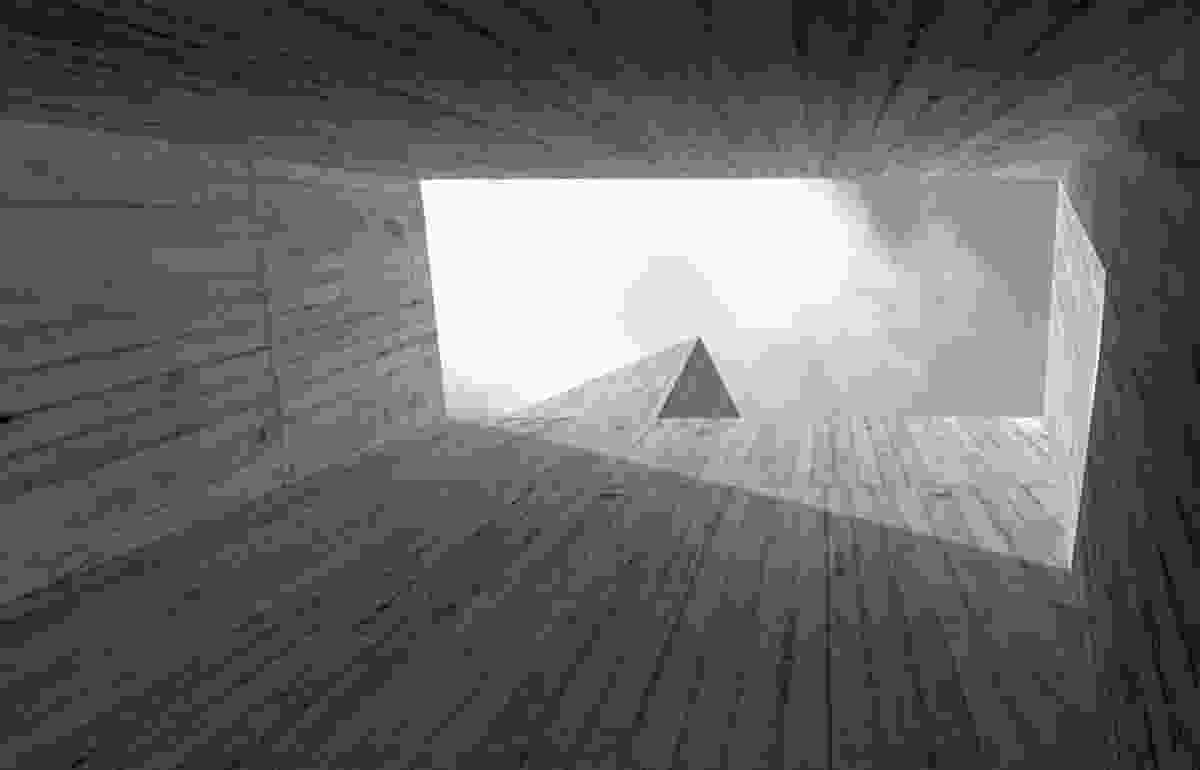 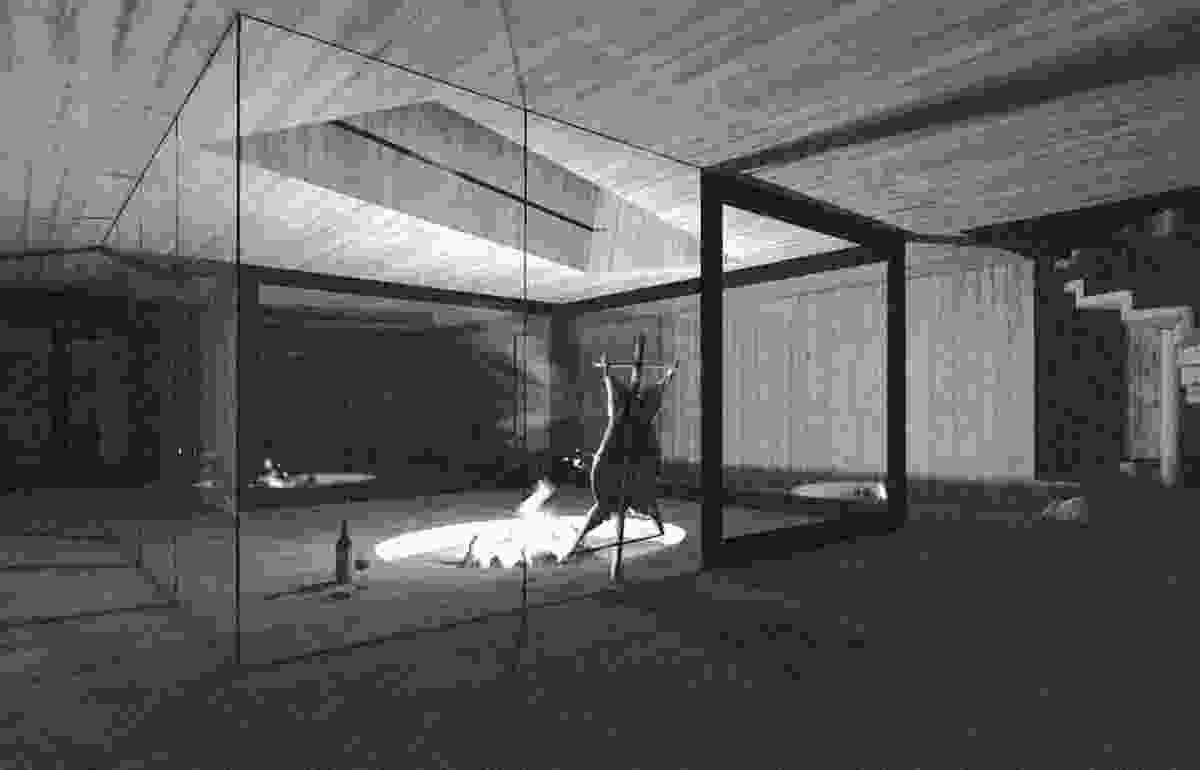 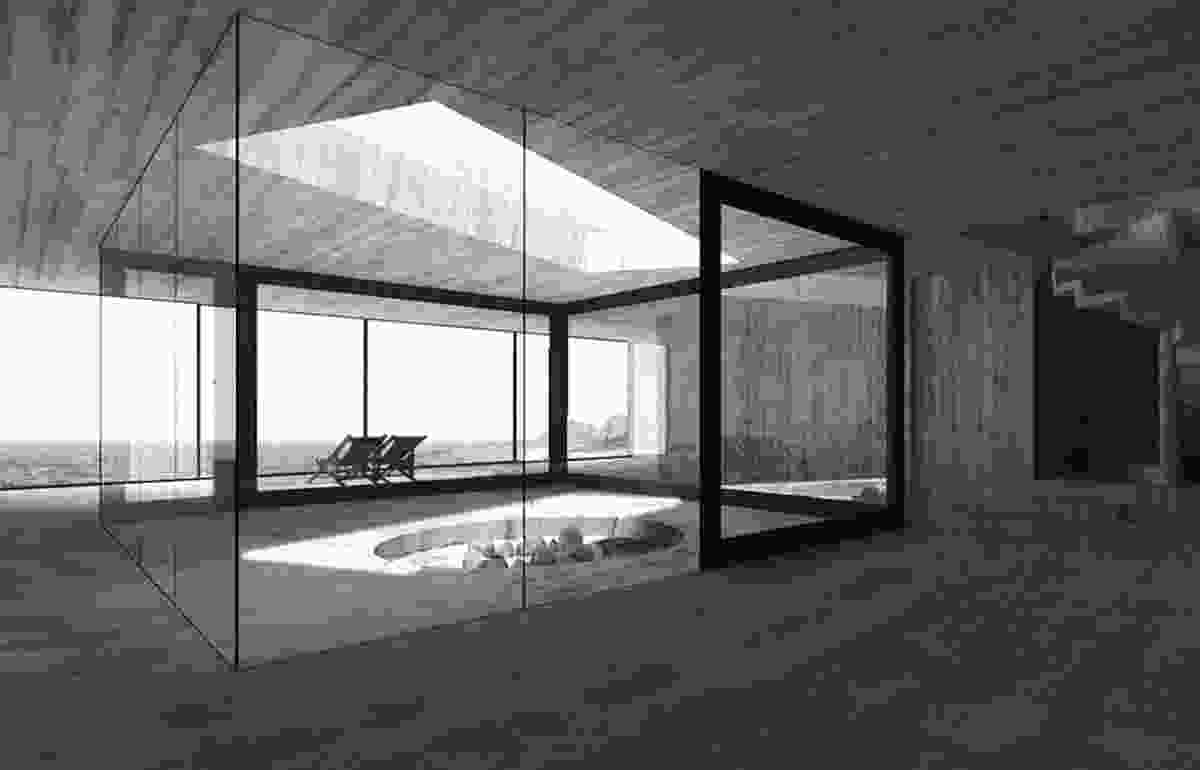 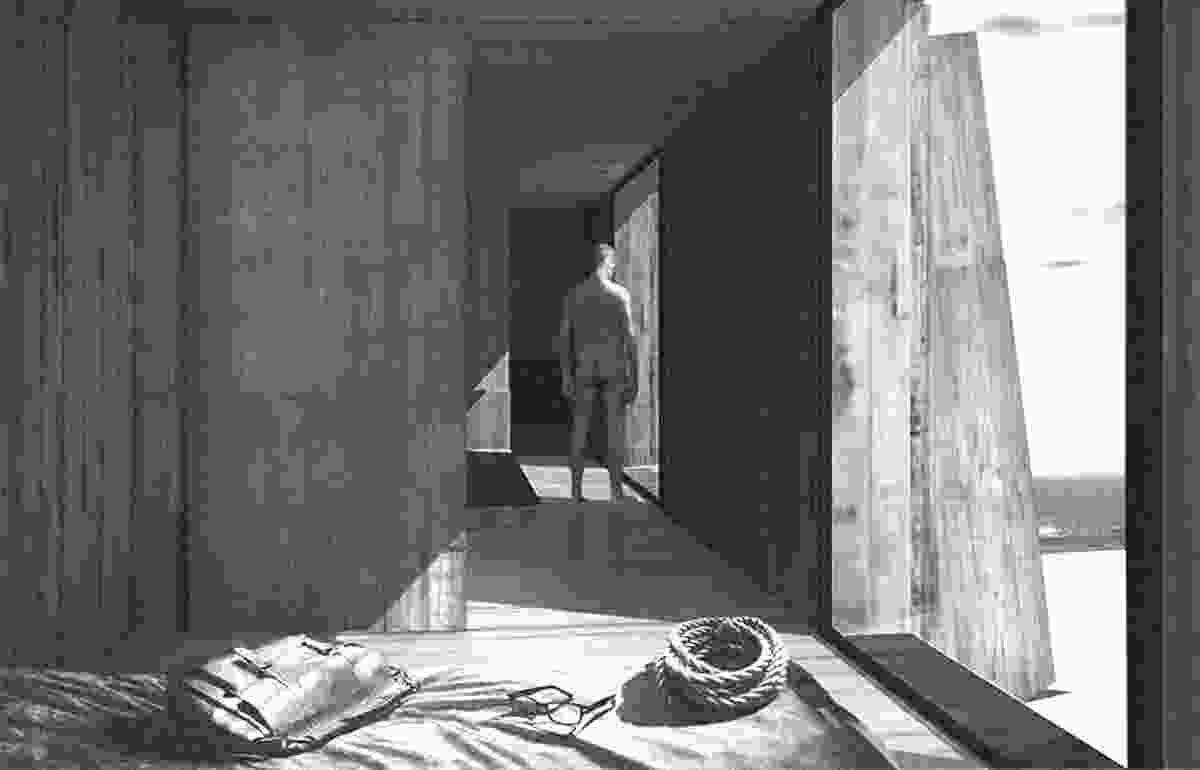 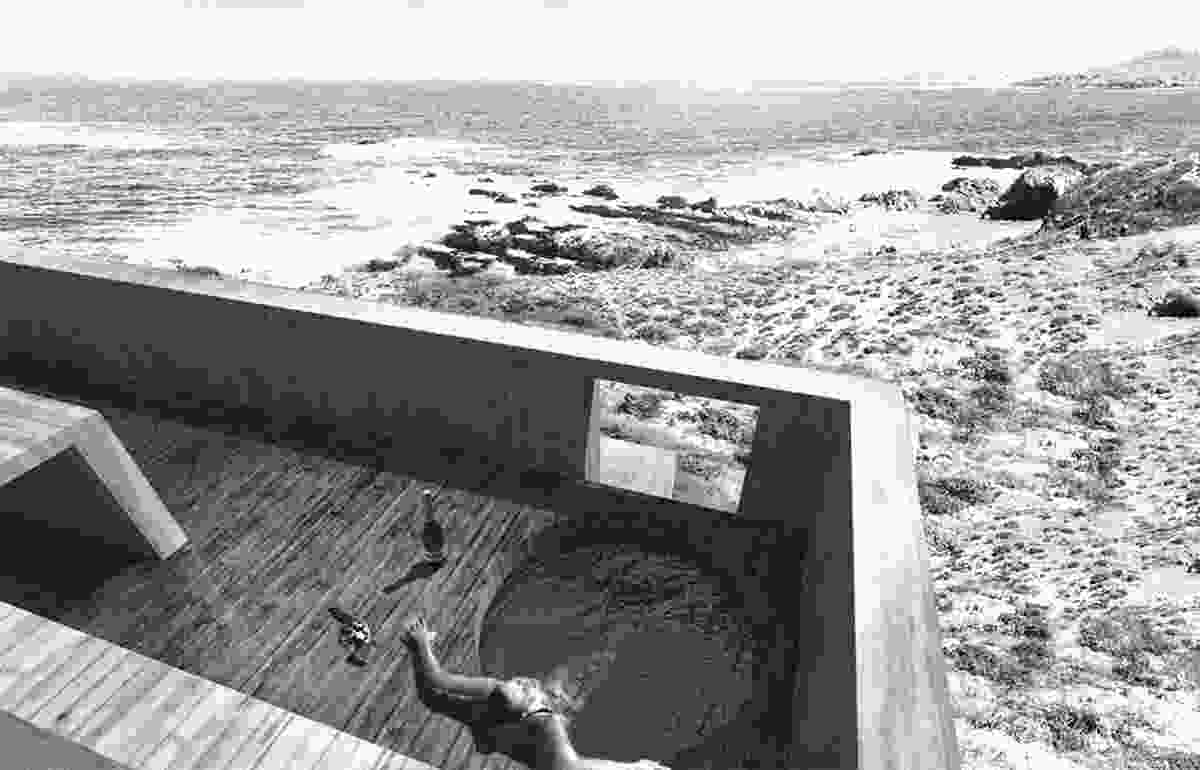 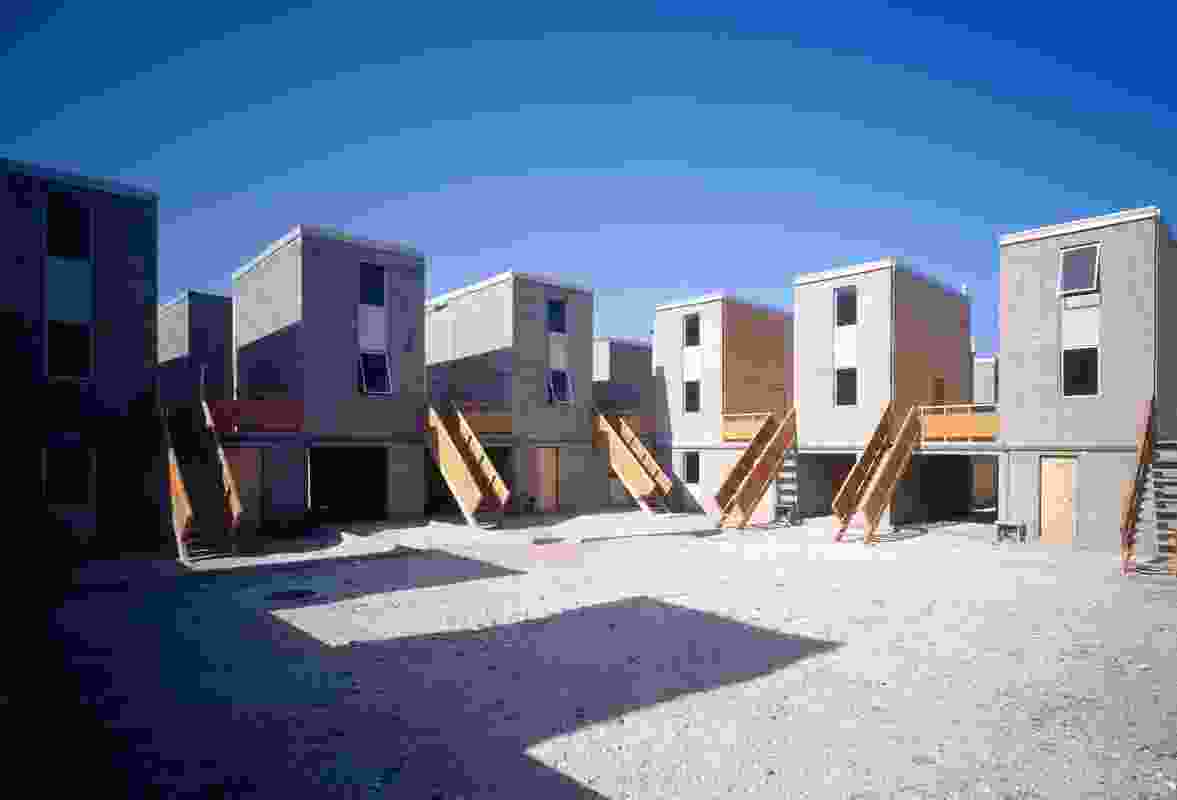 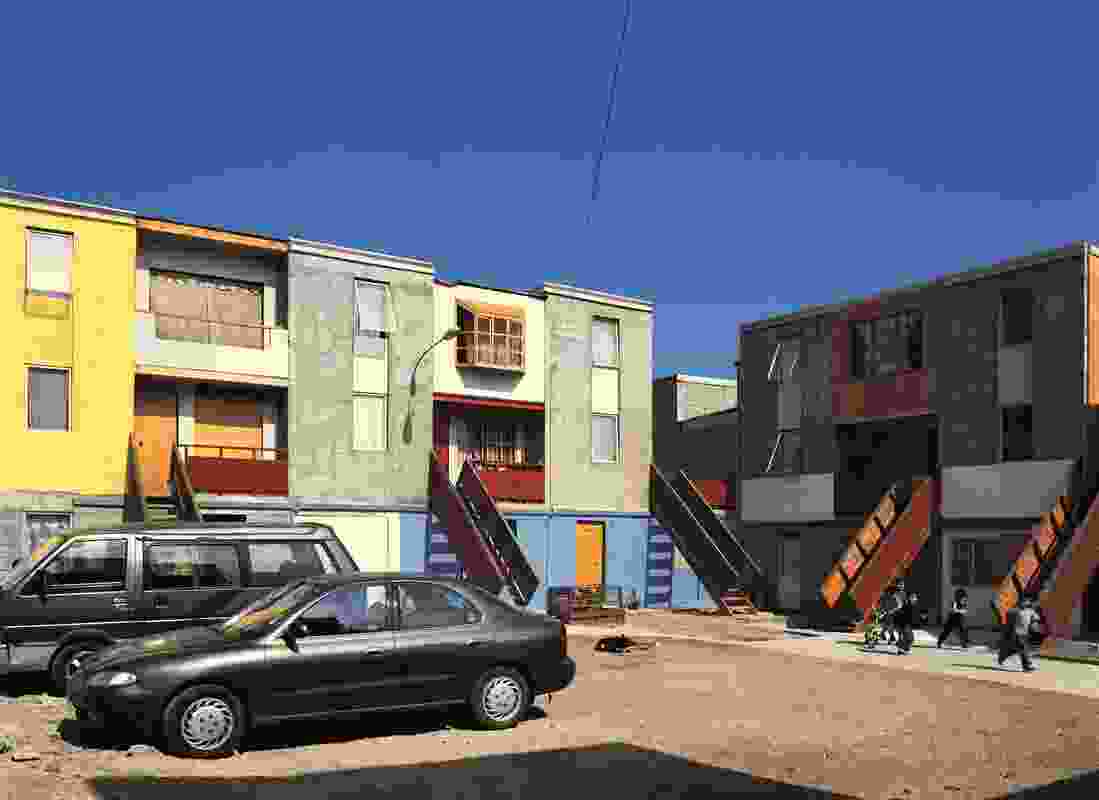 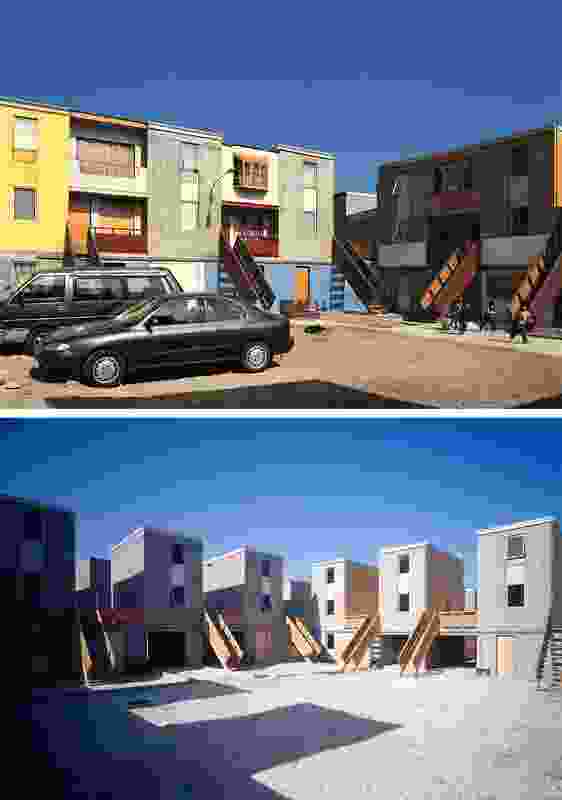 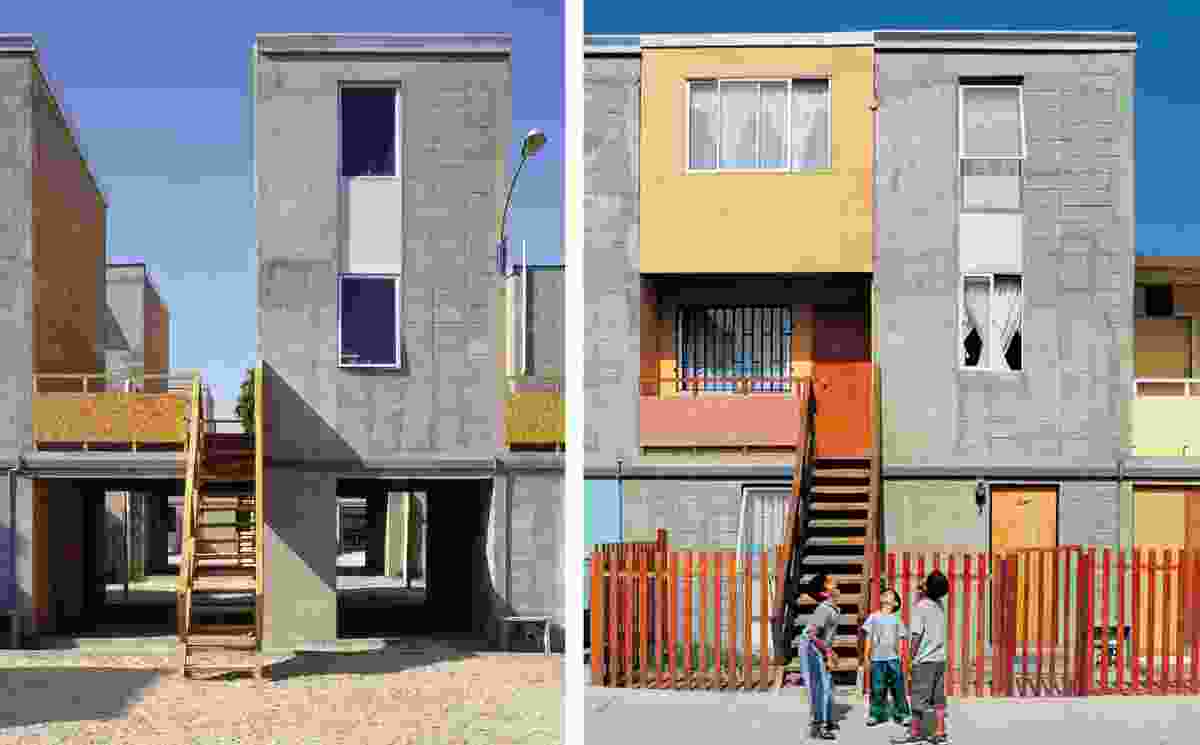 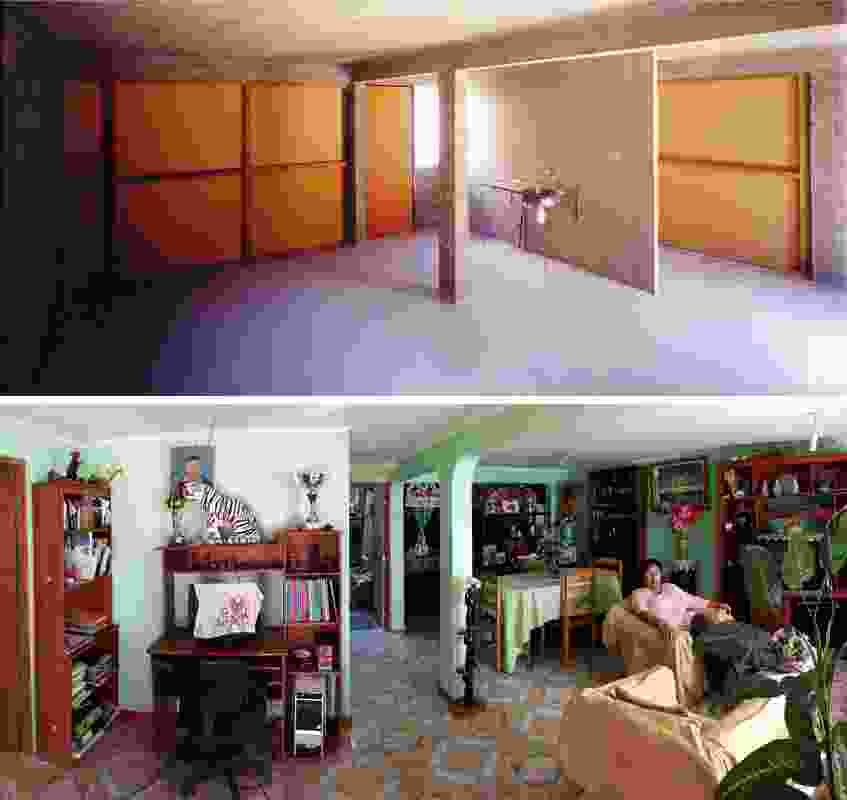 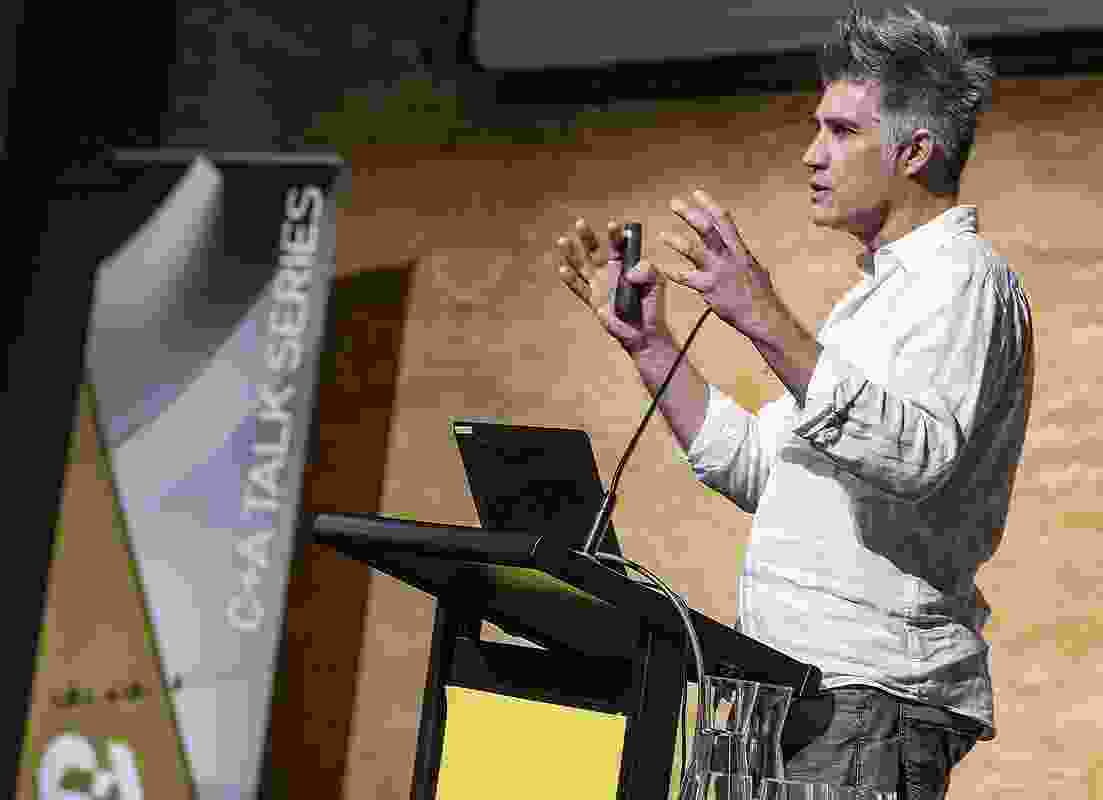