The Naomi Milgrom Foundation has announced the 2015 MPavilion designed by Amanda Levete Architects will be relocated to parkland in Melbourne’s Docklands.

The pavilion will be incorporated into the park between Collins Street and multi-purpose sports courts at Harbour Esplanade (see map below).

“[The pavilion] will be a new architectural feature for the [Docklands] precinct, a welcome lunch spot for around 15,000 workers in the vicinity and a place to take shelter,” said Simon Wilson, general manager of Places Victoria.

Amanda Levete’s MPavilion strives to explore new challenges of using materials not ordinarily found in construction. It is designed to invoke the “sensation of a forest canopy” and appear as if it is sprouting out of the ground. The pavilion consists of 43 “petals,” made from resin developed for surfboards, supported by 95 slender columns, which are made using carbon fibre tubes found in camera tripods.

The pavilion was opened to the public in Melbourne’s Queen Victoria Gardens on 5 October 2015 and closed 7 February 2016. During that time, it was host to over 400 events in collaboration with 342 arts organizations, designers and architects.

The 2015 MPavilion is the second in a series of four annual pavilions, commissioned by the Naomi Milgrom Foundation, which each year take up temporary residence in the Queen Victoria Gardens. The first, designed by Sean Godsell, was gifted to the City of Melbourne and is now located in the rear garden of the Hellenic Museum. The 2016 MPavilion will be designed by Indian architect Bijoy Jain of Studio Mumbai, expected to open 5 October 2016. 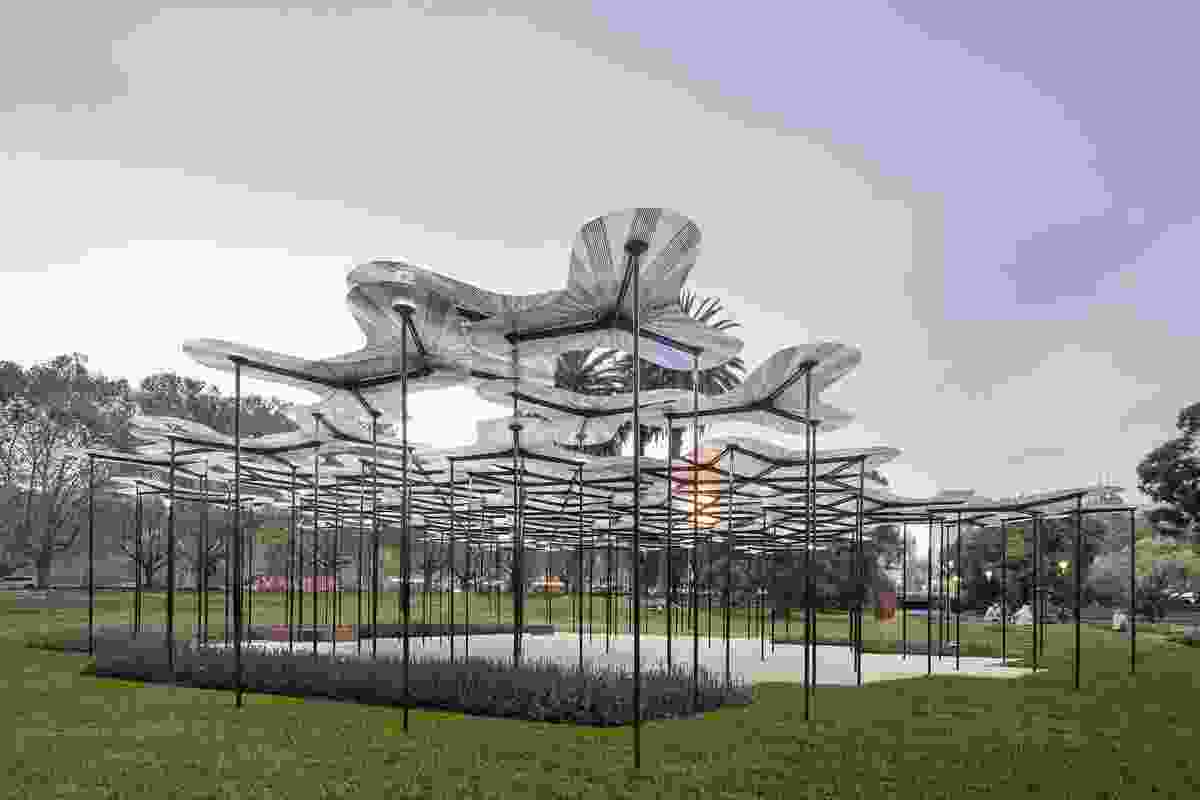