In the main gallery, the vessels are displayed on a surface composed of forty-five tables designed by John Wardle Architects.

Australia’s most distinguished potter, the late Gwyn Hanssen Pigott, is attributed with breaking the barrier between craft and art, turning everyday objects into arrangements that resembled still life paintings. Her life’s work, produced between 1955 and 2005, is characterized by restraint and clarity, and interrogates the function, display and purpose of the vessel. During the late 1980s, the most famous period of her career, Hanssen Pigott started composing her porcelain wares into rhythmic arrangements that were reminiscent of the still life paintings of Giorgio Morandi – and so began a decades-long exploration of spatially nuanced groupings that brought “humanness” to her work.

An Idea Needing to Be Made, which was exhibited at Melbourne’s Heide Museum of Modern Art from 27 July to 20 October 2019, presented a medley of Hanssen Pigott’s work – 49 pieces in five groupings. These were used as the starting point to draw together 12 Australian and international artists from different generations who had “interesting and diverse things to say about the vessel.” Curated by Heide’s artistic director Lesley Harding and artist Glenn Barkley, the exhibition was not intended as a survey of any kind, but rather showed “a series of touchstones that represent a range of contemporary approaches to the vessel. The invited artists contribute to the lineage and future for this most ubiquitous of objects, and share ideas across cultures.” 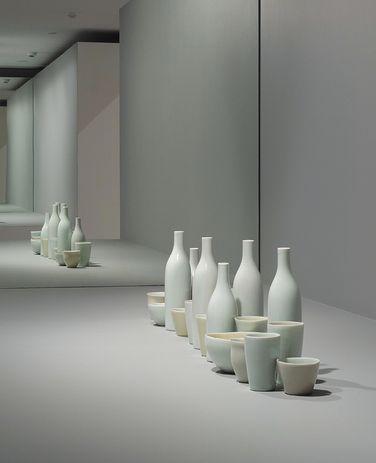 John Wardle Architects was commissioned for the exhibition design. Principal John Wardle is an avid collector of ceramics, some of which line the walls of Captain Kelly’s Cottage, his famed house on Tasmania’s Bruny Island. For the exhibition, the architecture team designed a series of discrete rooms, each with its own conceptual premise. In the main room, a centerpiece table was made from 45 second-hand tables combined as one, unified by grey paint. This table was inspired by an earlier piece created for Captain Kelly’s Cottage, in which two tables were joined together to create a single piece in a marriage of different histories and styles. For the exhibition, the tables were a fitting choice, not only because they positioned the vessels at a lower height than would be expected in an exhibition but also because they called to mind the domestic setting in which ceramic wares are typically encountered. Negative space between the tables reinforced the groupings of work. In the Wunderkammer room, open shelves wrapped around the space and drew attention to the objects that sit in a potter’s studio and influence their process – a melange of bottles, postcards and figurines. At the other end of the room, a custom-designed vitrine displayed the “backstory” of the artists’ work in a physical demonstration of the trials and troubles inherent in ceramic practice: test glazes and broken shards. 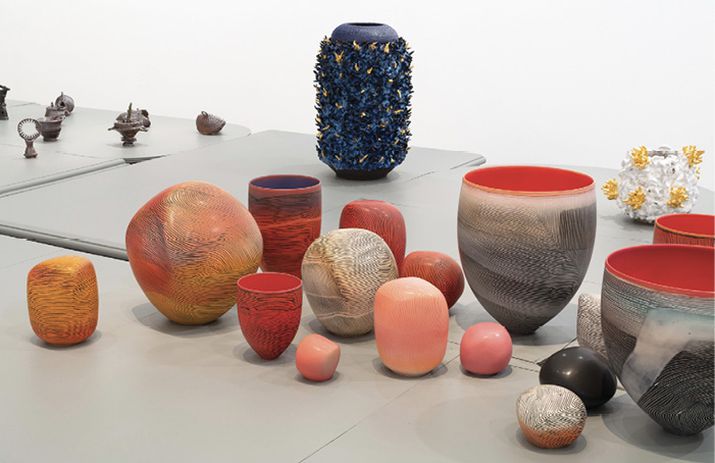 Ceramics has undergone a comeback in recent years, perhaps as part of a global desire to reconnect with the home and the pleasures of daily rituals. The timing of Heide’s exhibition, therefore, was apt. The ceramicists represented the diverse span of the discipline today, from seventy-six-year-old Western Australian artist Pippin Drysdale, renowned for interpreting the Australian landscape, to twenty-nine-year-old Brisbane-based Nicolette Johnson, who reimagines ancient forms. Then there were the abstract, alien forms made by New Yorker Kathy Butterly sitting opposite the ambiguous sculptural containers of British artist Alison Britton (whose essays were an important reference for the curators and provided the title of the exhibition). And then the tall, mountainous vessels of South Korean potter Lee Kang-hyo were juxtaposed with the minute, creature-like forms of New Zealand’s Laurie Steer.

The work of these artists created a dialogue between the many dichotomies of a vessel – beauty versus utility, empty versus full, sight versus touch, and fragility versus robustness. On reflection, even the concept of “still life” has a certain duality to it. Perhaps that was the attraction for Hanssen Pigott. 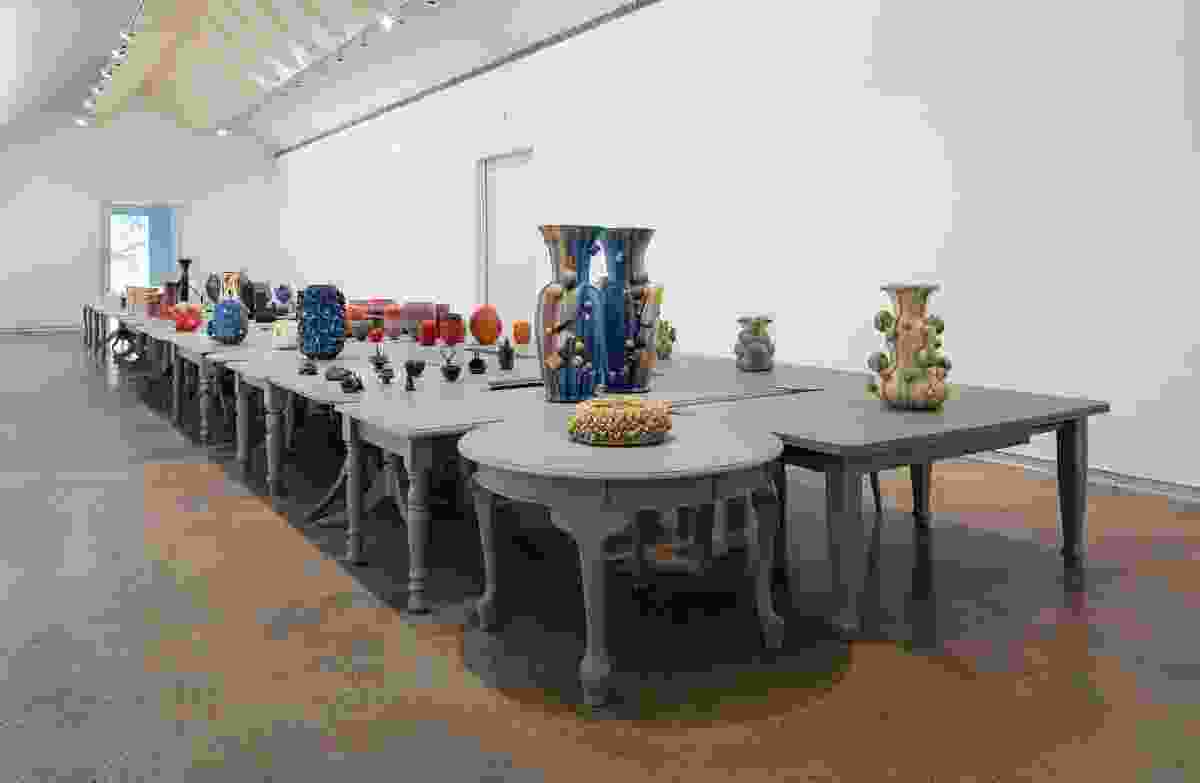 In the main gallery, the vessels are displayed on a surface composed of forty-five tables designed by John Wardle Architects. 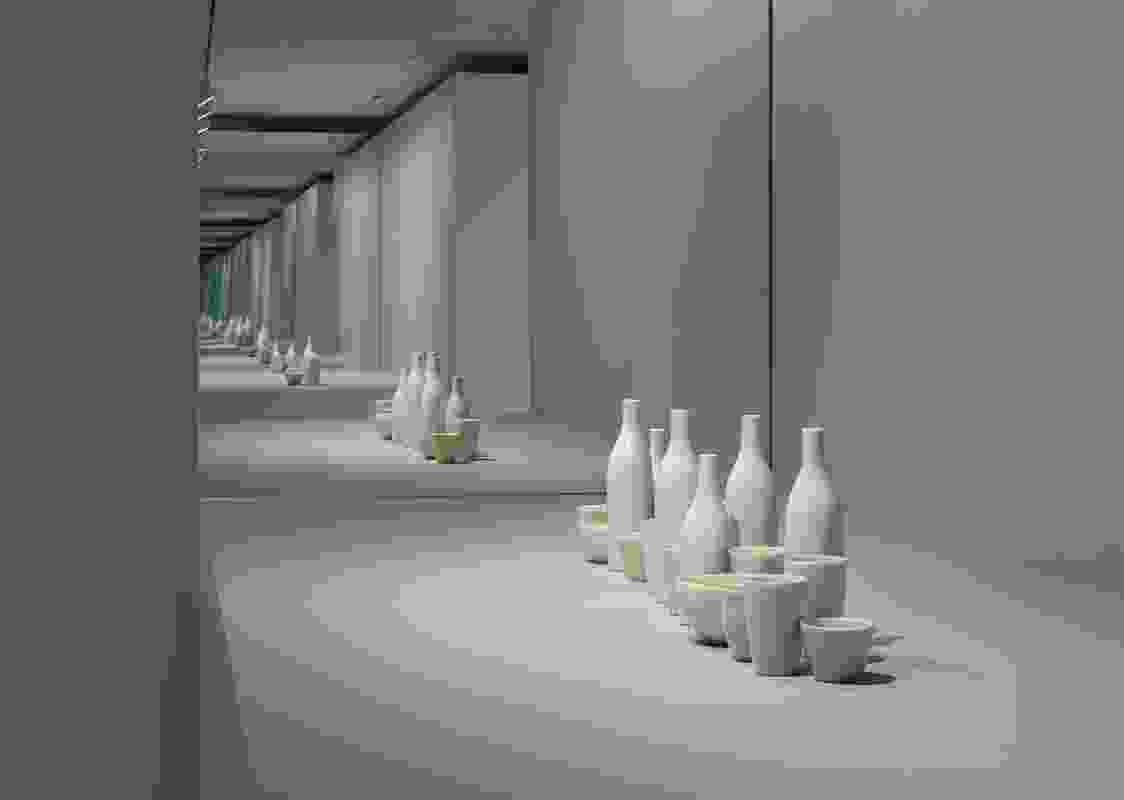 During her most famous period, Hanssen Pigott created rhythmic still-life groupings of ceramic wares that imbued her work with “humanness.” 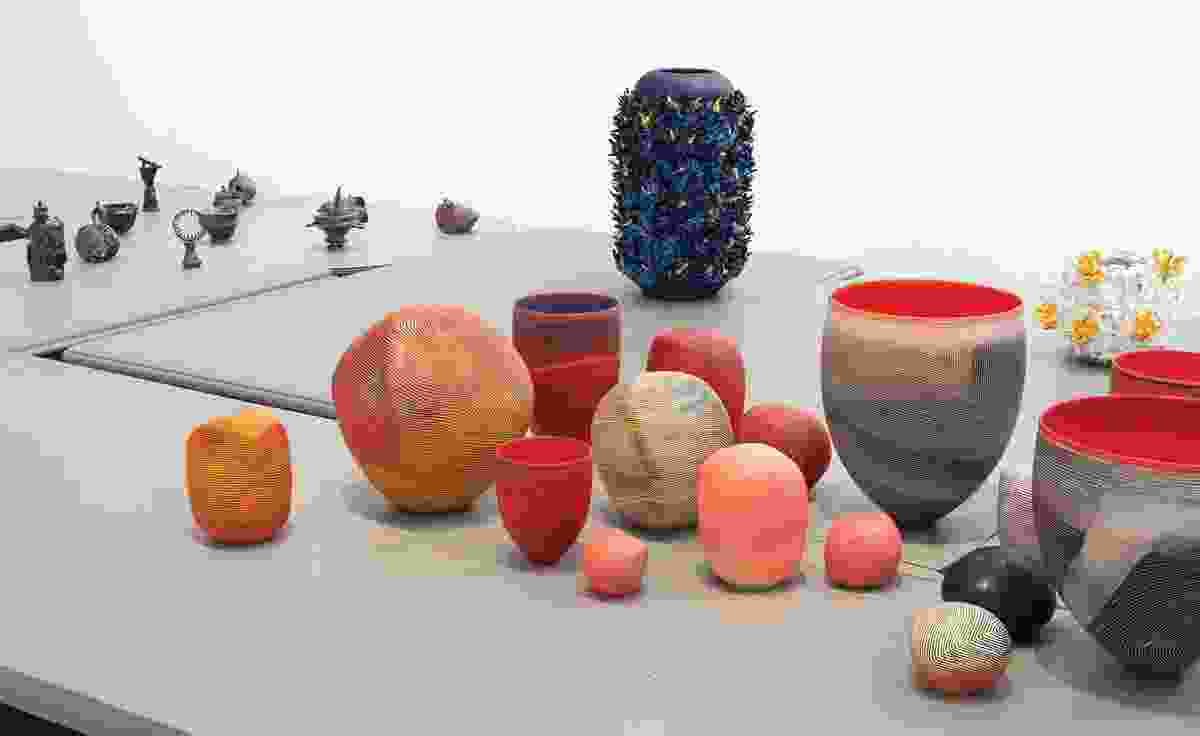 The vessels on display are made by a diverse range of ceramicists, local and international, accentuating the many dichotomies of the form.