An uneasy marriage: planners, public and the market struggle to work well together

Calls for more involvement from citizens and the private sector in planning are growing, but what does this mean in practice?

Governments regularly extol the benefits of involving citizens and the private sector in planning land use and providing infrastructure.

Take, for instance, the newly minted Greater Sydney Commission. It will deliver land use plans for six Sydney districts (plans that can override local council plans). The commission, it is promised, will “work closely with local councils and communities” to help them “get the most out of their neighbourhoods and suburbs”.

But what does this mean in practice? Tensions are mounting between the professional practices of government planners, the participatory frameworks of planning departments and the private sector’s increasing role in shaping Australian cities.

In our newly published research, we found that, rather than fitting neatly together, there are fundamental difficulties in reconciling professional planning practices, participatory planning frameworks and market-led models of infrastructure provision. Unfortunately, little consideration has been given to the perhaps irreconcilable incongruities of these three processes.

In our technocratic system of government, is it possible to include local citizens in planning in the ways the government proposes?

Each dictates a different source of power to set planning agendas and make planning decisions. Each also locates this power with different people in different locations or institutional sites.

Importantly, enabling a suite of governance processes in one planning process can undermine important aspects of the others. For instance, governments might undermine the effectiveness of their planners if too much decision-making and agenda-setting power is devolved to “the market” or “local citizens”, or both.

In Australia, state-elected politicians hold the constitutional authority to set the planning agenda and make planning decisions on behalf of citizens. Each state and territory devolves some of that power to local councils.

Within both state and local government, elected officials – operating within a system of “technocratic government” – defer some of their powers to planning professionals in their departments.

In planning, the line between state and local (and sometimes federal) authority is always shifting. Governments engage in intense intra-governmental politics about the scale at which to govern Australia’s cities. And this is expected to intensify.

The more pressing question is how direct community participation and the use of the private sector might fit within this politically charged planning system.

In recent decades, a trend in urban planning has been to recommend a move away from “top-down” comprehensive planning towards strategic planning based on direct citizen participation.

Many government-led citizen participation events are characterised as an opportunity for citizens to play a more direct role in the planning decisions that affect them. We are led to believe that citizens in these more direct forms of democracy hold some agenda-setting and decision-making power.

The enabling of market-led planning limits both the actions of professional government planners and the government’s participatory planning desires.

But, in our technocratic system of government, is it possible to include local citizens in planning in the ways the government proposes? Are elected representatives and planning professionals actually handing over some of their technocratic planning power to citizens?

We are not arguing against the inclusion of citizens in local or state planning matters. What is missing from such policies is a process to incorporate community participation into the broader technocratic planning system. This is further complicated by market-led development.

However, market-led development requires that planning professionals defer some of their agenda-setting and decision-making power to market forces and private sector actors. They do so through various contractual arrangements, such as public-private partnerships. How does this work in practice?

The power to enable or restrain private sector power and to bring together market-led and professional planning processes remains with elected politicians.

When the government enters into a contract with a private sector actor, the responsibility to manage private sector insolvencies and other market failures largely falls to the government’s technocratic managers. This happens – possibly through bailouts – to ensure public infrastructure and services are still provided.

Government promises to directly include citizens in decisions about the future of their cities are likely to remain, at best, hollow and, at worst, misleading.

The private sector now manages many large infrastructure projects that have significant public interest imperatives, which were once considered the remit of government.

The power of professional planners to set the planning agenda and make decisions is diluted by private sector contracts that lock in planning decisions and rule out transparency. This is the result of commercial-in-confidence legal arrangements and public-private partnerships.

In short, the enabling of market-led planning limits both the actions of professional government planners and the government’s participatory planning desires. In effect, even if the government desired to delegate power to local citizens, some of that power already belongs to the private sector.

Planning departments around Australia are in a governance dilemma. They are attempting to build a planning system from an incompatible suite of planning governance processes across different tiers of government.

What is needed is a critical reappraisal of bringing participatory, technocratic and market-led planning together within Australia’s various planning systems. Such a reappraisal needs to acknowledge how each governance system might enable or mitigate the efficacy of the others.

Until that takes place, government promises to directly include citizens in decisions about the future of their cities are likely to remain, at best, hollow and, at worst, misleading.

An uneasy marriage: planners, public and the market struggle to work well together 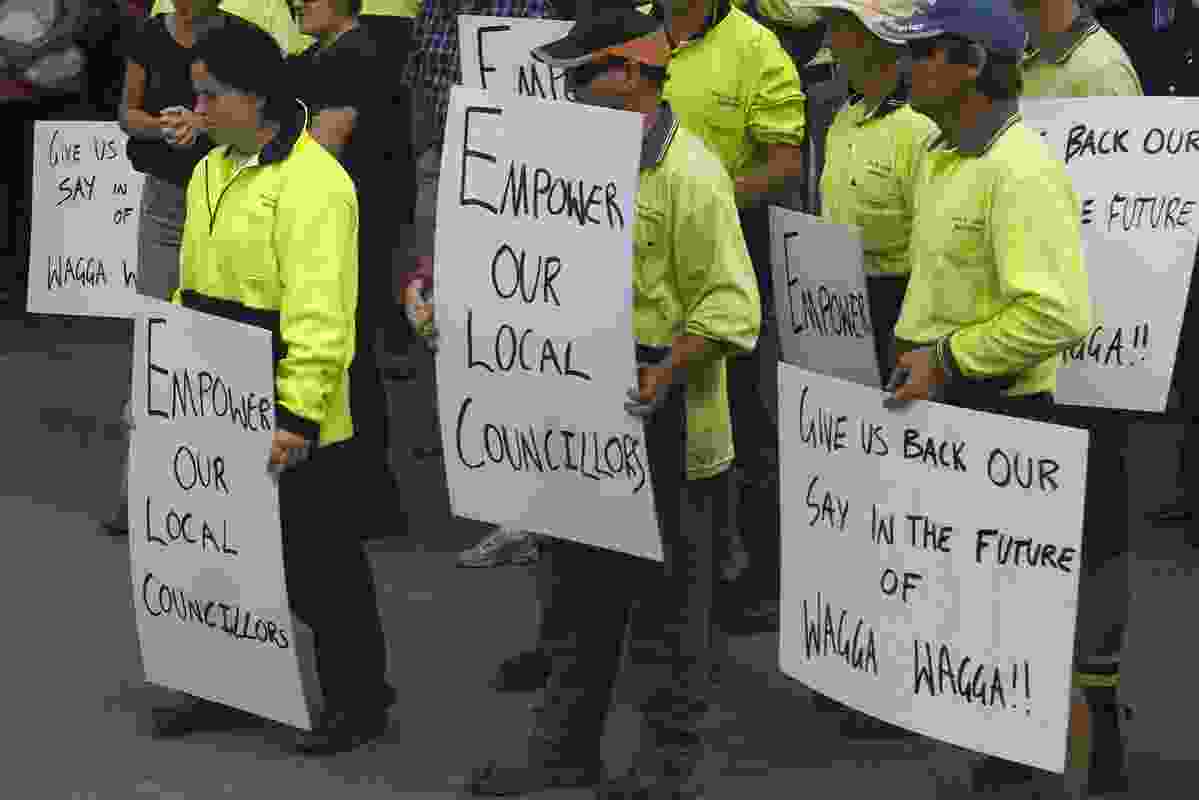