The 64-storey mixed-use tower in King Street, Melbourne, by Plus Architecture has been approved by the Victorian planning minister Richard Wynne.

Victorian planning minister Richard Wynne has approved a 64-storey mixed-use tower in King Street, Melbourne, that exceeds the maximum plot ratio that formed part of interim planning controls for Melbourne city introduced in September last year. The $130 million proposal was first submitted in November 2014, prior to the introduction of the interim laws, meaning that they did not apply in this case.

The planning minister is the responsible authority for the project due to its size. However, the City of Melbourne provided an assessment of the development in a September 2015 meeting of the Future Melbourne Planning Committee.

The committee recommended that the minister reject the proposal for a number of reasons, examining its height, setbacks, dwelling amenity, projections, safety and building design.

It described the building’s height as “excessive,” stating that, “inadequate tower setbacks in combination with the height of the tower will adversely impact the amenity of the public realm.” The committee also criticized the amenity of some of the apartments, pointing to the use of saddle-back bedrooms and galley kitchens as undesirable features.

When the tower was originally submitted in 2014, it was 82 storeys in height. Following feedback from the Department of Environment, Land, Water and Planning, amended plans were submitted in May 2015 with a height reduction and some other changes.

The tower’s facade consists of iridescent glass that shimmers under sunlight, and the tower’s rounded form was inspired by the 1923 Bird in Space sculpture series by Romanian artist Constantin Brâncusi. At street level, the tower will include both retail and laneway lobbies and a community centre. 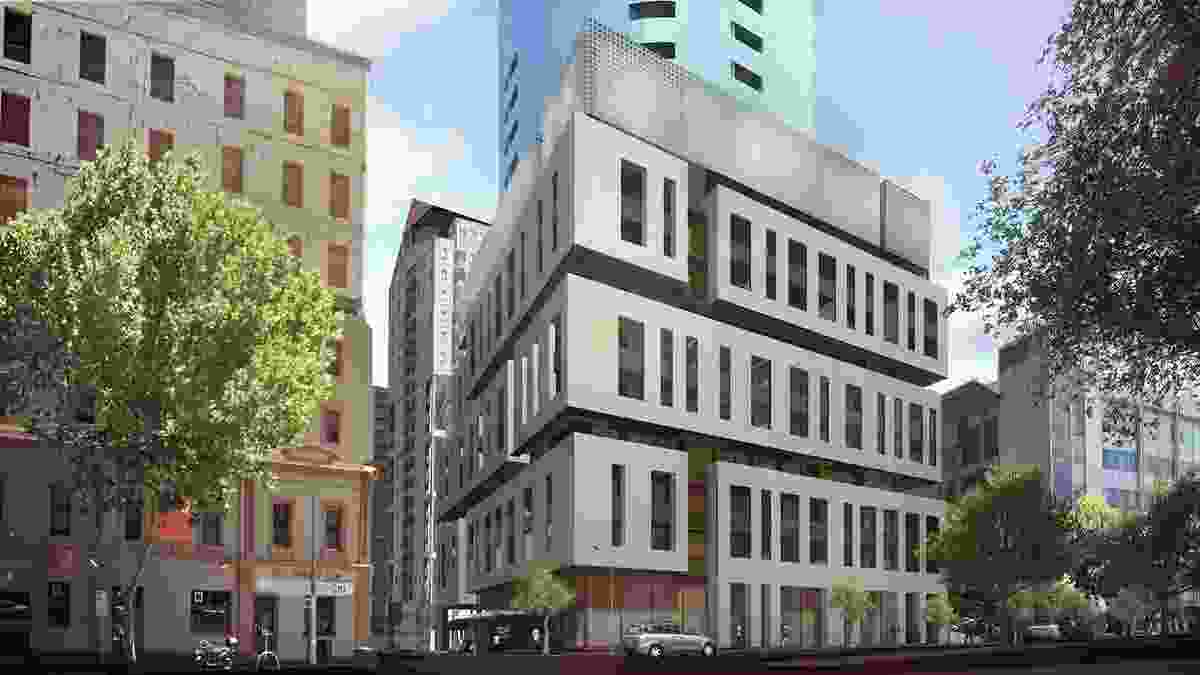 The 64-storey mixed-use tower in King Street, Melbourne, by Plus Architecture has been approved by the Victorian planning minister Richard Wynne. 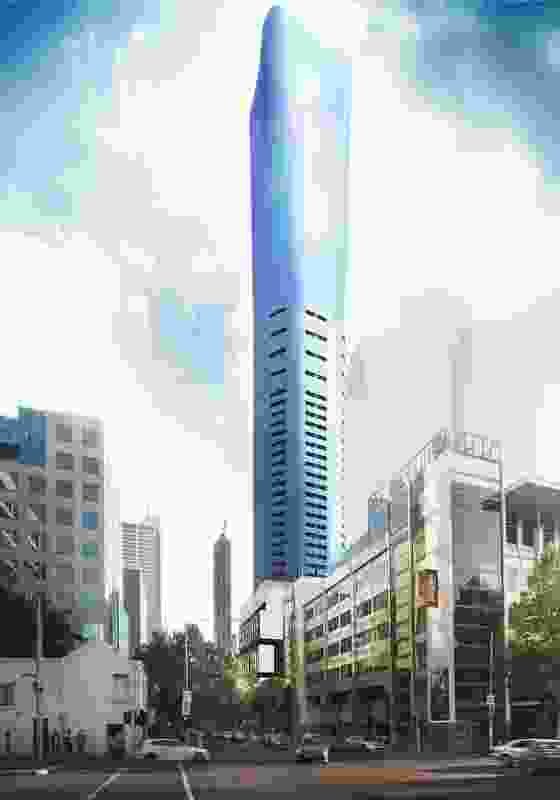 The Plus Architecture-designed tower on two adjoining lots at 295 and 307-309 King Street is being developed by Farinia, and will incorporate 440 apartments.