For the core exhibition of the 2016 Venice Architecture Biennale, director Alejandro Aravena invited 88 exhibitors from around the world to offer new perspectives on global challenges including housing, waste, migration and pollution. The exhibitors included the Aravena’s fellow Pritzker Prize Laureates SANAA, Shigeru Ban, Wang Shu, Norman Foster and Rem Koolhaas, as well as young practices such as 2016 Turner Prize-winner Assemble. Australian urban designer HY William Chan attended a guided tour with Aravena, for whom social inequality can be fought by exceeding the boundaries of architecture.

Under the theme of ‘Reporting from the Front’, the core exhibition of the 2016 Venice Biennale challenged visitors with the dramatic realities of our times and the forces at play for architecture to influence people’s quality of life.

Inside the historic Arsenale building, Chilean architect and director of the 2016 biennale Alejandro Aravena described ‘quality of life’ as a non-specific matter and a conversation that must engage all citizens. This perspective is illustrated in the exhibition, which aims to widen the range of issues that architecture is expected to respond to, including social, political, economical and environmental influences. The exhibition also advocates that architecture should to respond to more than one dimension at a time through the integration of different fields.

Aravena blames greed, single-mindedness and conservatism of bureaucracy as the reason for banal, mediocre and dull environments.

The introductory hall documents the process for selecting the exhibiting practitioners. Each invited architect was asked to hand write on an A4 sheet of paper a difficulty that they were facing in practice and then offer a solution on another page for submission. The role of the architect as a creative problem-solver becomes apparent.

Aravena also emphasized the value of failing in the design process. He mentioned his social housing projects, which have a high risk of failure. “There’s very little budget, you’re dealing with governments – everything is complicated,” he said. Being at the architectural frontiers of new fields of action, the exhibited work (which often did not fit in the traditional definition of architecture) have shown there is friction and drivers of conflict inherent to the theme.

Not afraid to reveal his own failures, Aravena points to a presentation panel with two big black crosses over the text. Entitled “Inferno – Purgatorio – Paradiso” in reference to Dante’s Divine Comedy. This was Aravena’s original proposal for the biennale that was rejected by the Biennale board. He portrayed “Inferno” as architects paralyzed by the complexity of reality, only criticizing without action; and “Paradiso” as starchitects impressing the public with their answers without knowing the question. Compared to the theme “Reporting from the Front,” it would have been a much more critical precis on the architectural profession.

For Aravena, architecture is not only defined by aesthetics, current trends or the skill of a designer. Instead, they are the consequences of regulations, interests, economies and policies or even a lack of coordination, indifference and chance. He blames greed, single-mindedness and conservatism of bureaucracy as the reason for banal, mediocre and dull environments.

One architect to respond to Aravena’s call to action was Anupama Kundoo, who exhibited a modular ferro-cement house, Building Knowledge, that could be built in just six days. Based in Spain and Australia, Kundoo had previously exhibited her One to One Wall House at the 2012 Biennale as part of research conducted at the University of Queensland. Similar to Aravena who reused materials from last year’s art biennale for his installation, Kundoo recycled materials from the German Pavilion to build the full-scale prototype.

Aravena has demonstrated how social inequality can be fought by exceeding the boundaries of architecture where the objective of improving the built environment for all is attainable. To me, he has broadened the understanding of what architecture is and what it means. For the next generation of architects, this year’s Biennale speaks of what is possible – of actions currently making a difference to those who need it.

For the next generation of architects, this year’s Biennale speaks of what is possible – of actions currently making a difference to those who need it.

Across the Biennale’s core exhibition, these are the fronts on which battles are fought – the quality of the architecture and that of people’s lives, whether in developing or developed countries. The 17 topics explored are: quality of life, inequalities, segregation, insecurity, peripheries, migration, informality, sanitation, waste, pollution, natural disasters, sustainability, traffic, communities, housing, mediocrity and banality. Although Aravena recognizes creativity, intuition, expression and poetry, he does not consider them separate from social function. He has rejected the cliché to offer a different perspective in every project and proposal selected.

My project at the biennale, No Where Now Here, part of the international research sessions, responds to the theme in creating a better public life for communities living in the periphery of urban centres through transport-oriented development. The vision for a new metro interchange on the outskirts of Milan is the stage where social, environmental and demographic conflicts collide with urban and rural development. 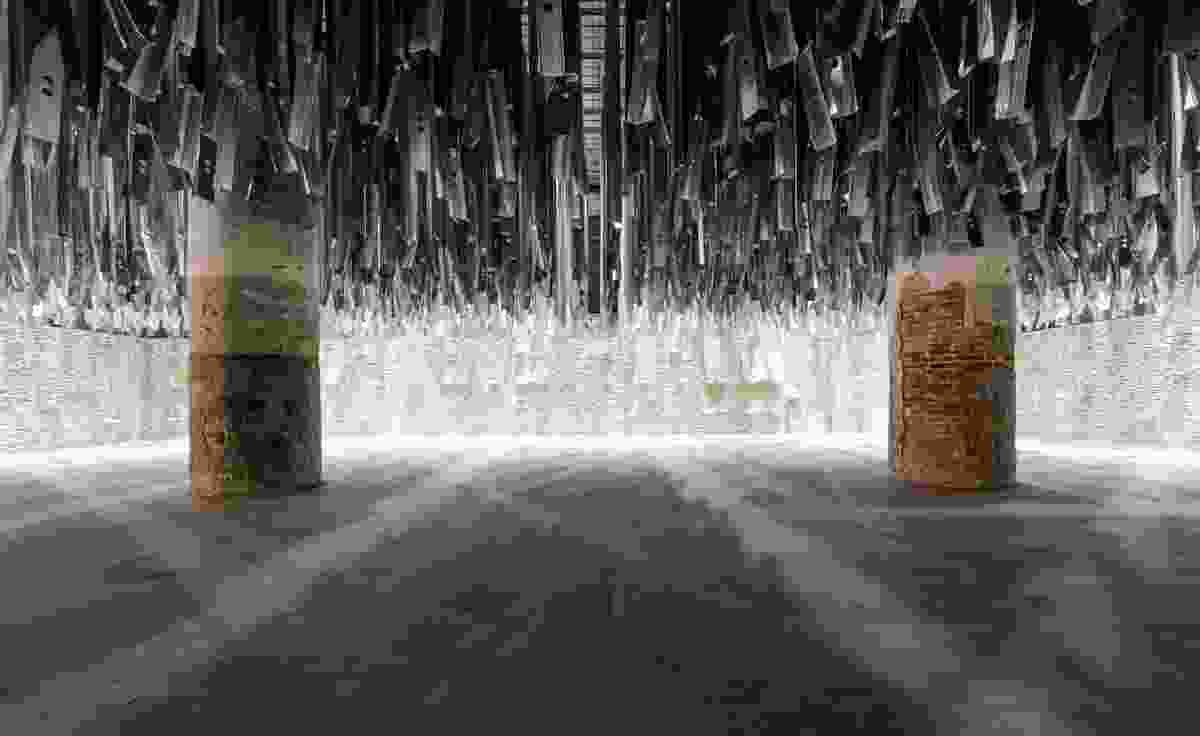 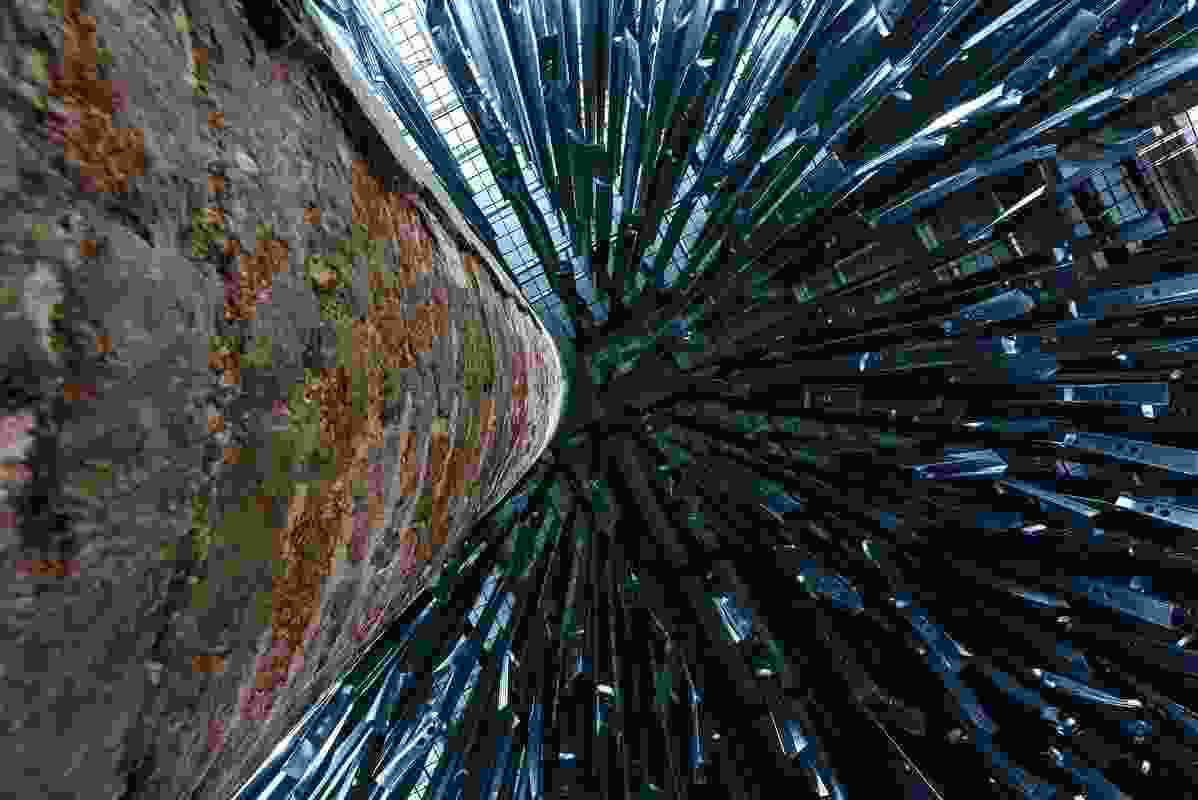 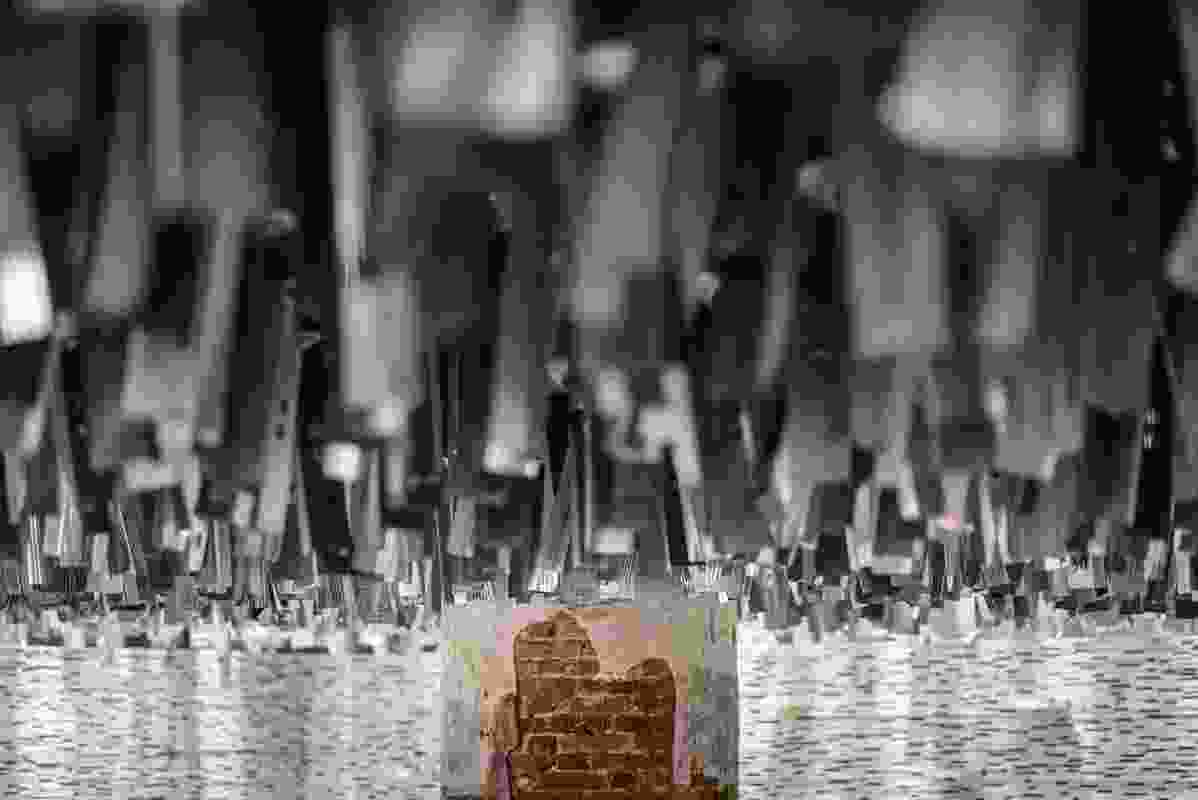 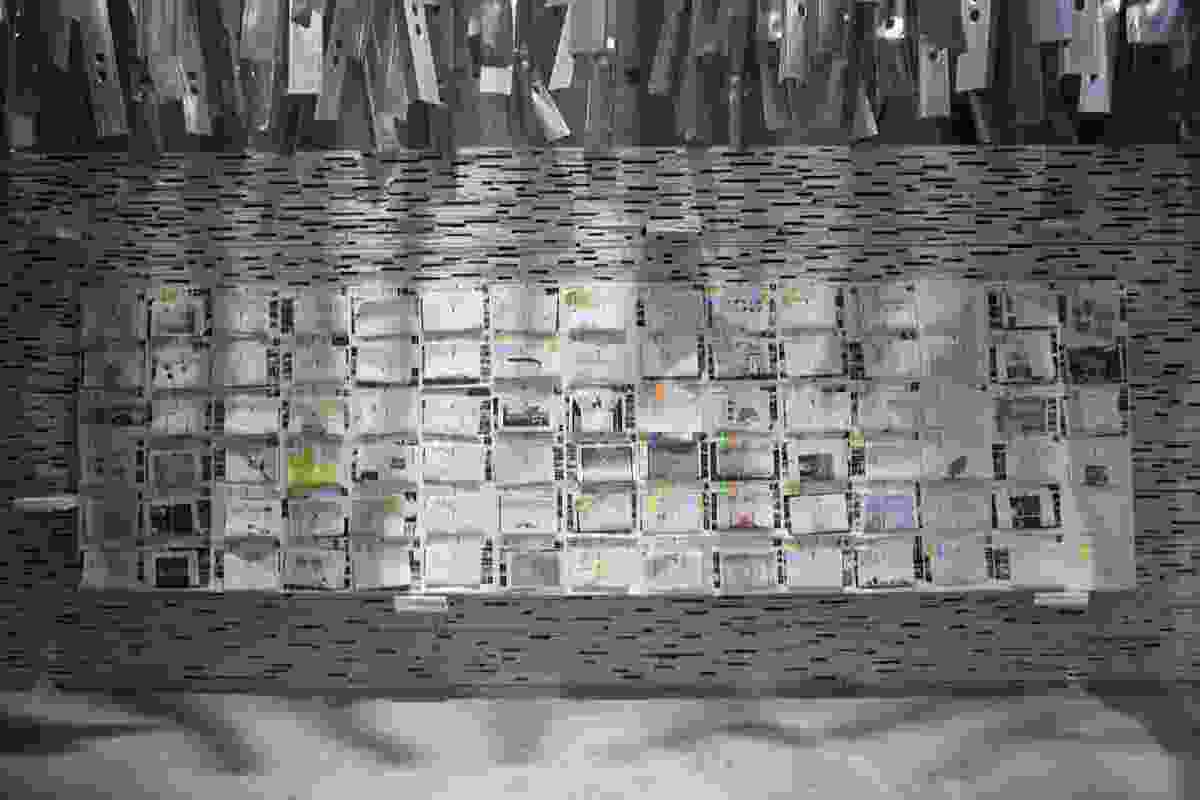 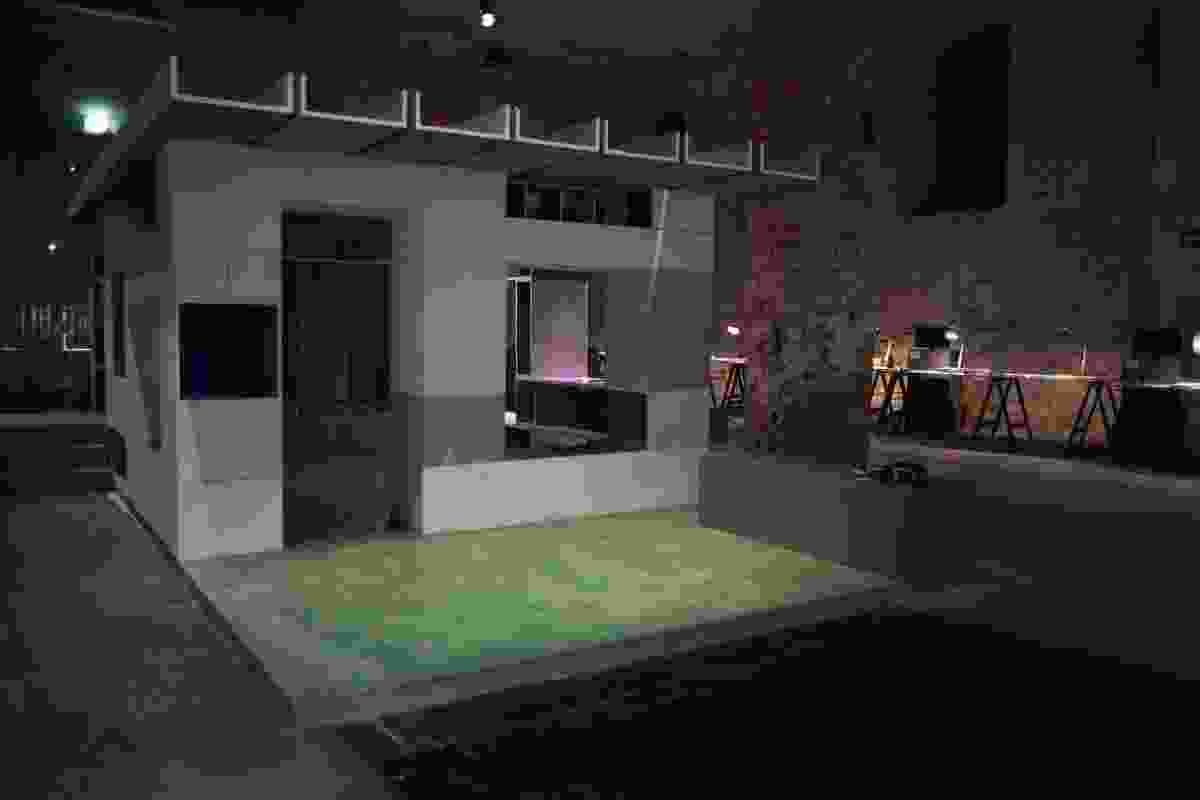 Building Knowledge: an inventory of strategies by Anupama Kundoo. 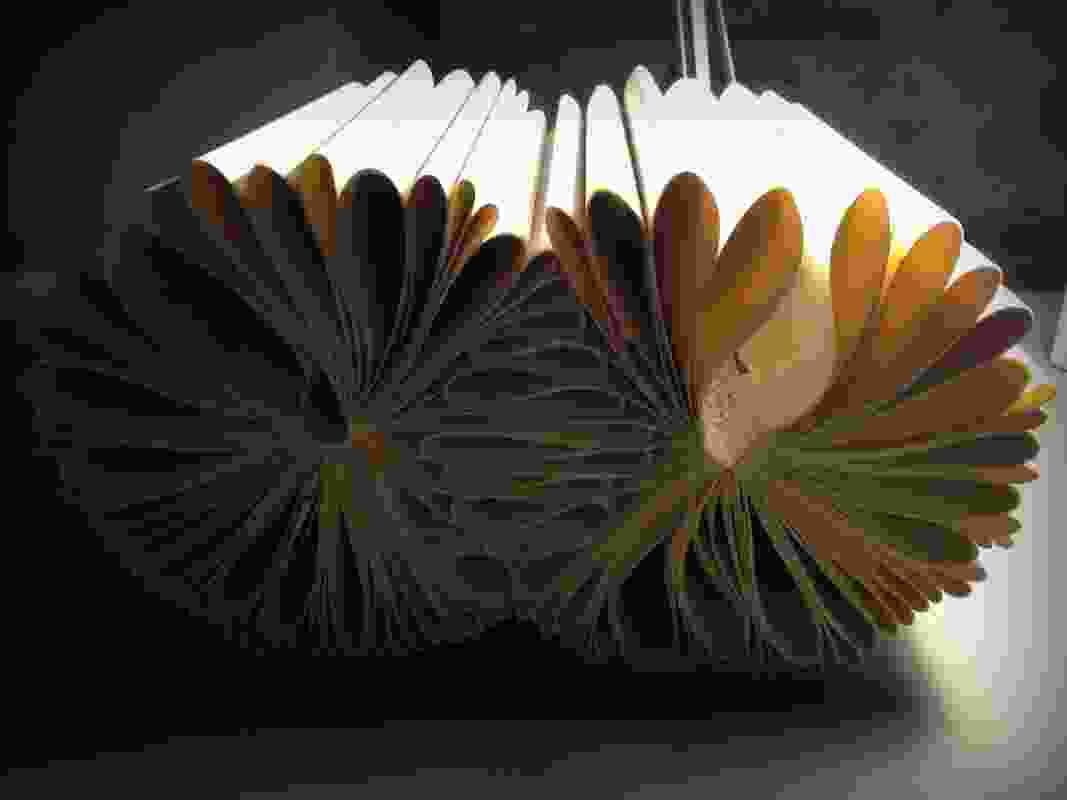 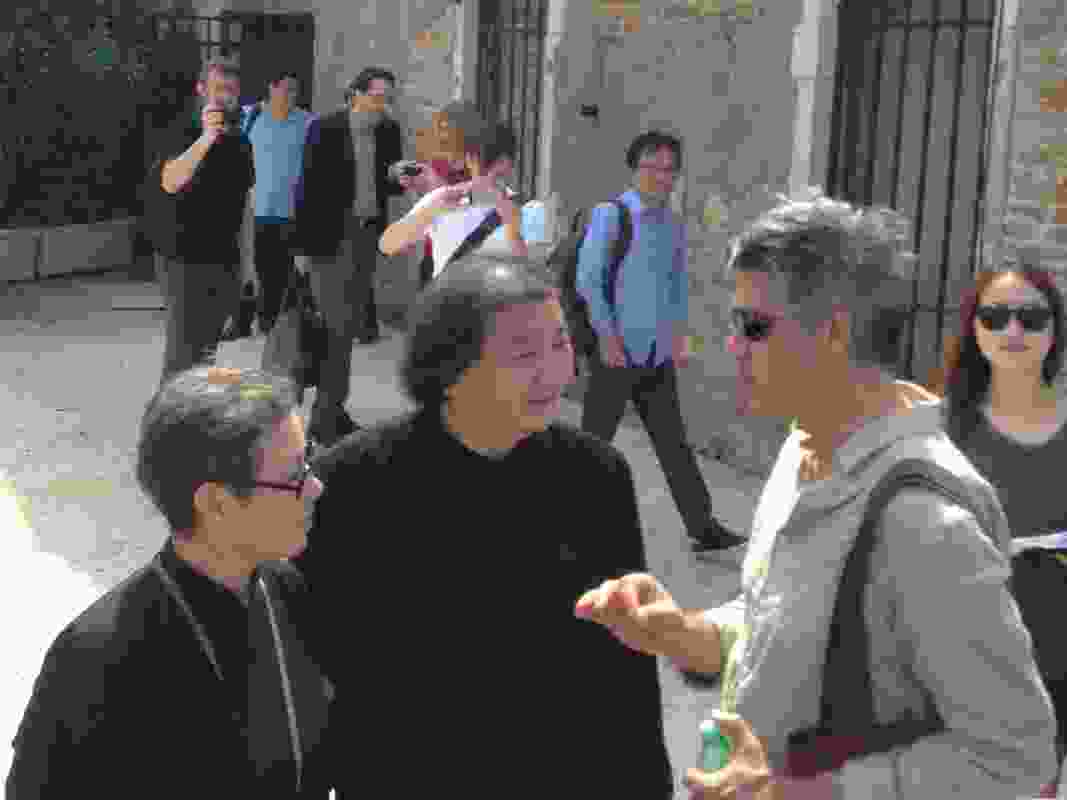