Architect turns to Swisspearl in recladding of Launceston hospital

In 2018, Australia’s state and territory governments launched a fleet of audits following fires in 2017 at the Lacrosse tower in Melbourne and the tragedy of Grenfell Tower in London the following year.

One such audit recommended that the cladding on Launceston’s General Hospital, which was found to be non-compliant, be replaced.

Swisspearl pre-finished fibre cement panels were selected as the ideal material. Manufactured in Switzerland to a set of exacting standards, the panels meet non-combustibility criteria and make for an easy pathway through the National Construction Code.

The panels are offered in more than 70 finishes across six different ranges. In the Launceston project, this meant that a variety of colours were chosen to blend into the existing scheme.

Swisspearl also maintains large inventory holdings, meaning that the panels could be provided swiftly and work on the project begun immediately.

Swisspearl is supplied in Australia by HVG Facades. For more information, go here.

Architect turns to Swisspearl in recladding of Launceston hospital 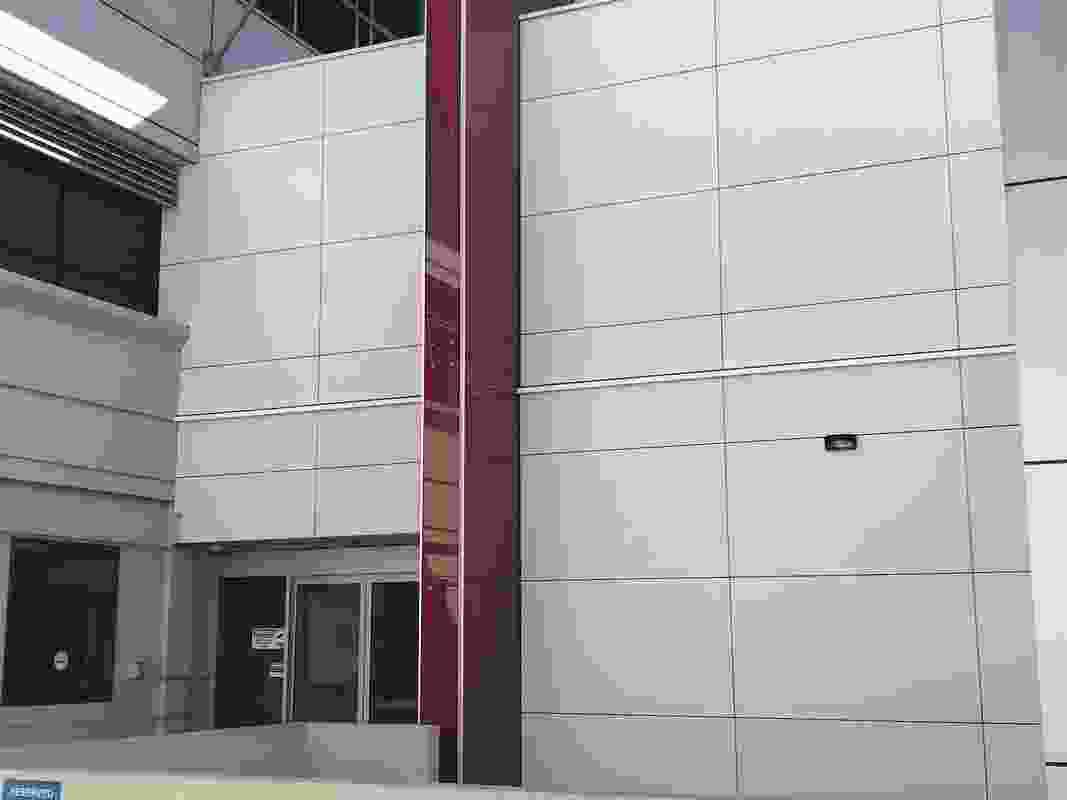