Architects come out in defense of modernist college facing demolition

The University of New England announced the imminent demolition of the building in late January. The building has been empty since 2014. The university later placed plans to refurbish or redevelop the complex on hold while the Heritage Council of NSW decided whether or not to heritage list the buildings. In December 2017 the Council signalled that it would not add the college to the NSW State Heritage Register.

Robb College was designed in 1960 by architect Michael Dysart, who was then just 24 years old and a trainee at the NSW Government Architect’s Branch under E. H. Farmer. Dysart would go on to design a number of educational facilities across the state; many of them developments of the quadrangular form first demonstrated in Robb College.

Listed on the Australian Institute of Architects’ Register of Significant Architecture in NSW and the National Trust Register, the college complex is described in the register’s statement of significance as “one of the first modernist college buildings to be erected on a university campus outside of Sydney.”

“It is especially remarkable that it was the work of a 24 year old trainee in the NSW Government Architect’s Branch,” the statement notes. “This makes it a very apt building for a place dedicated to the nurturing of young minds. Robb College belongs to a sub-set, yet to be fully explored, of high quality substantial buildings designed in Australia by young architects.”

The push to save the building is being coordinated by landscape architect Duncan Gibbs, who is also behind a petition on Change.org (which can be found here).

The letter’s signatories include Robb College architect Michael Dysart and Clive Lucas, a heritage architect and founding partner of Lucas Stapleton Johnson, which has been responsible for the restoration of a number of highly significant buildings including the Prime Minister’s Sydney residence at Kirribilli House, the Sydney Mint and Treaty House in New Zealand – the site of the signing of the Treaty of Waitangi.

The letter states that “Regional NSW is often left bereft of rare exemplars such as Robb College due to a number of factors, most particularly a lack of local advocacy as a result of smaller populations. So, as a result, demolition occurs making built heritage a rarity in the regional setting.”

The letter identifies the building’s planned demolition as being part of a pattern of “Modernist buildings and landscapes of the 1950s, ‘60s and ‘70s […] being destroyed on a hitherto unmatched scale.”

“Whilst we understand the need for institutions such as the UNE to develop its facilities and provide accommodation in a highly competitive education market, we also understand, as designers of buildings and landscapes, that these structures and environments are also instructive exemplars. They not only tell a story about us, as a community, but also about how great and powerful results ‘on-the-ground’ can be had on highly constrained budgets, and in difficult circumstances.”

The letter also noted the difference in cost between the currently planned demolition and reconstruction of the college and the possible refurbishment of the buildings. In another letter condemning the university’s decision, National Trust CEO Debbie Mills noted that the cost of restoring the building was in 2013 priced at $7 million, one third of the $21 million cost of a rebuild.

“We believe that the National Trust’s estimates for a refurbishment and sensitive additions would follow in Mr. Dysart’s footsteps, not only retaining the building complex as a whole, but also resulting in significant cost benefits for the UNE, whilst bringing these magnificent buildings up to code and with all necessary facilities included.”

The university plans to retain the college’s dining hall and has said that basalt from the current college would be retained and used in the construction of its replacement in an unspecified form.

An architect has not been appointed to design the new building, with the university saying an appointment is likely by late February.

The replacement will add a new 300-bed accommodation block in addition to a new Robb College.

Architects come out in defense of modernist college facing demolition 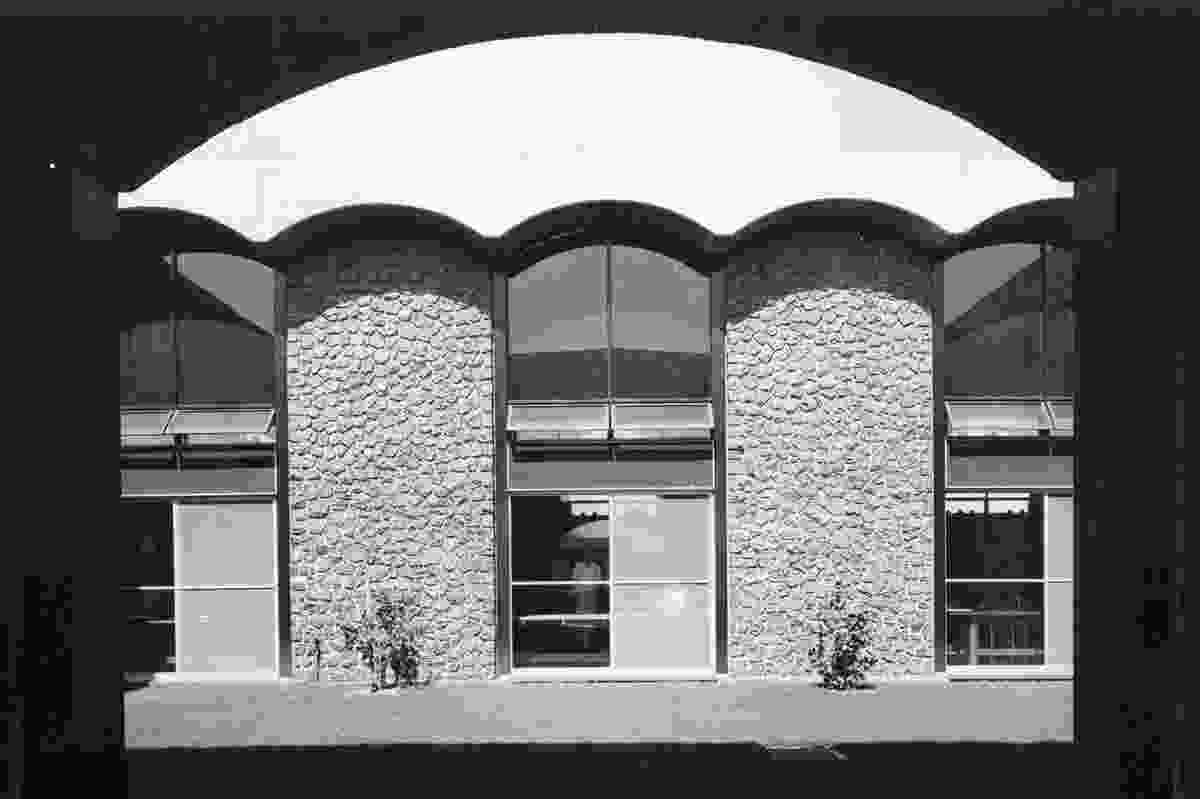