Working out of Townsville, the British artist is collaborating with Indigenous elders, local artists and Cox Architecture to finalize plans for three distinct projects: a coral greenhouse on John Brewer Reef, and submerged artworks at both Palm Island and The Strand, Townsville.

Taylor is the creator of the world’s first underwater sculpture park, listed as one of the 25 Wonders of the World by National Geographic, and is known for his poignant – and often political – meditations on the relationship between humans and nature.

His Queensland projects, he says, will have a less confrontational political message than some of his previous works – such as 2015’s Rising Tide installation, in which the four horsemen of the apocalypse emerged from the Thames across from the UK’s House of Parliament – and will instead have a focus on showcasing the latest in reef science, as well as sounding the alarm on rising ocean temperatures.

The most ambitious of his plans is to install a 100-tonnne, 12-metre-long coral greenhouse by the John Brewer Reef, around 80 kilometres from Townsville.

“It’s based on a contemporary green house design, almost skeletal in its appearance, and the idea is that we can have this controlled space and the structure will dissipate some of the wave energy and some of the severe forces that are underwater,” he told ArchitectureAU.

The greenhouse will not only work as a habitat for coral, it will also function as an underwater laboratory, with salinity testers, PH testers, and dissolved oxygen testers monitoring the environment, and an underwater camera tracking the development of the corals.

“It’s about showcasing the reef science that is conducted here in Townsville, it’s about engaging young people to get involved in the science behind the reef, to create this controlled environment where we can study nature, appreciate nature,” Taylor said.

Cox Architecture has been commissioned to create renders and a virtual reality animated video of the project, and have developed surreal, dream-like images of the future greenhouse.

“It’s got an interesting structure for me, and also architecturally,” said Taylor. “It’s playing with gravity; some of the elements of the greenhouse are actually floating, some of them are extremely heavy and anchored to the sea floor – a combination of floating and static elements.”

If the greenhouse out on the reef is a place of study and appreciation, then the installation Taylor has planned for Townsville will function more as a warning.

Called Ocean Siren, the five-metre-tall sculpture is modelled on a local Indigenous student, Wulgurukaba girl Takoda Johnson. Placed just off the coast and viewable from The Strand in central Townsville, the sculpture will change in colour in response to the temperature of the reef.

“Using data from a series of temperature loggers out on the Great Barier Reef, we’ll take the accumulative average of those temperatures, and then feed it into the sculpture, and it will turn a darker red, according to how high the temperature is,” said Taylor. “The idea is that it conveys what’s happening in real time out on the Great Barrier Reef into an urban environment and tries to bridge that gap between how imperilled our corals are, and how that can effect inner cities.”

The sculpture of the girl will be holding a shell resembling a communication device that was used historically by local Indigenous peoples.

“In this case it’s aiming to communicate a warning sign about how temperatures are rising.” Taylor said.

A five-yearly outlook report published by the Great Barrier Reef Marine Park Authority in August 2019 found that coral reefs had declined to a “very poor” condition and that “significant global action to address climate change is critical to slowing deterioration of the reef’s ecosystem.”

The final project Taylor is leading will be installed on Bwgcolman, or Palm Island, 70 kilometres out from Townsville. Taylor has been consulting with local Indigenous people for almost two years, and together they have nailed it down to three designs. “It’s about connecting the community, getting people from different regions, trying to produce a design around corroboree,” he said.

In the meantime, construction on the greenhouse – which will largely be built on dry land before being lifted into place – is nearing completion. It will be installed by the end of November and should be open to the public in the new year, at which time it will begin performing its many functions.

“It’s trying to combine lots of different things at the same time – so the research element, the tourism element and the idea of creating a habitat space, and an art gallery,” said Taylor. 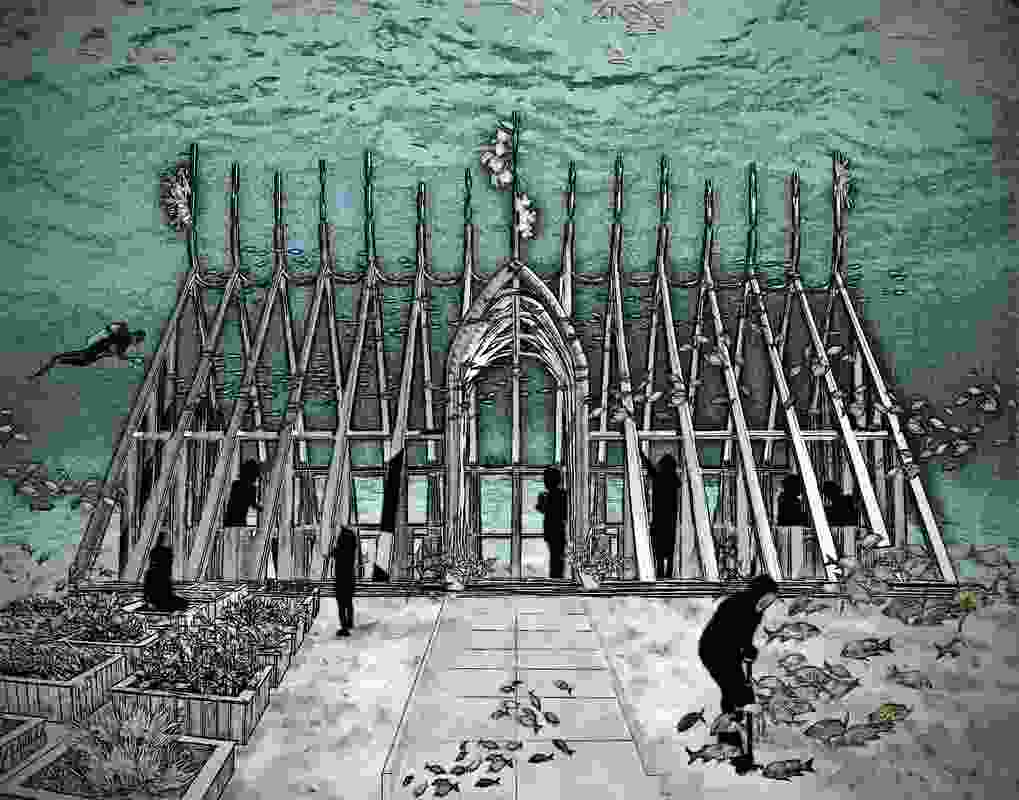 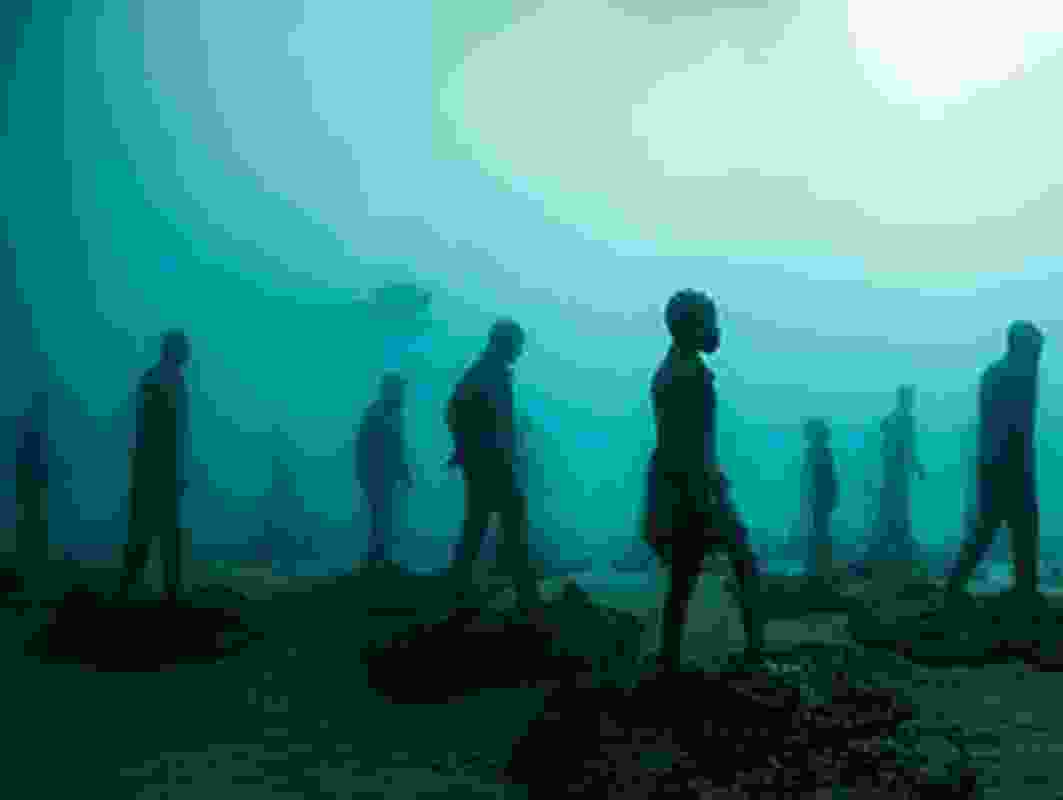 Jason deCaires Taylor is known for his poignant – and often political – mediations on the relationship between humans and nature. 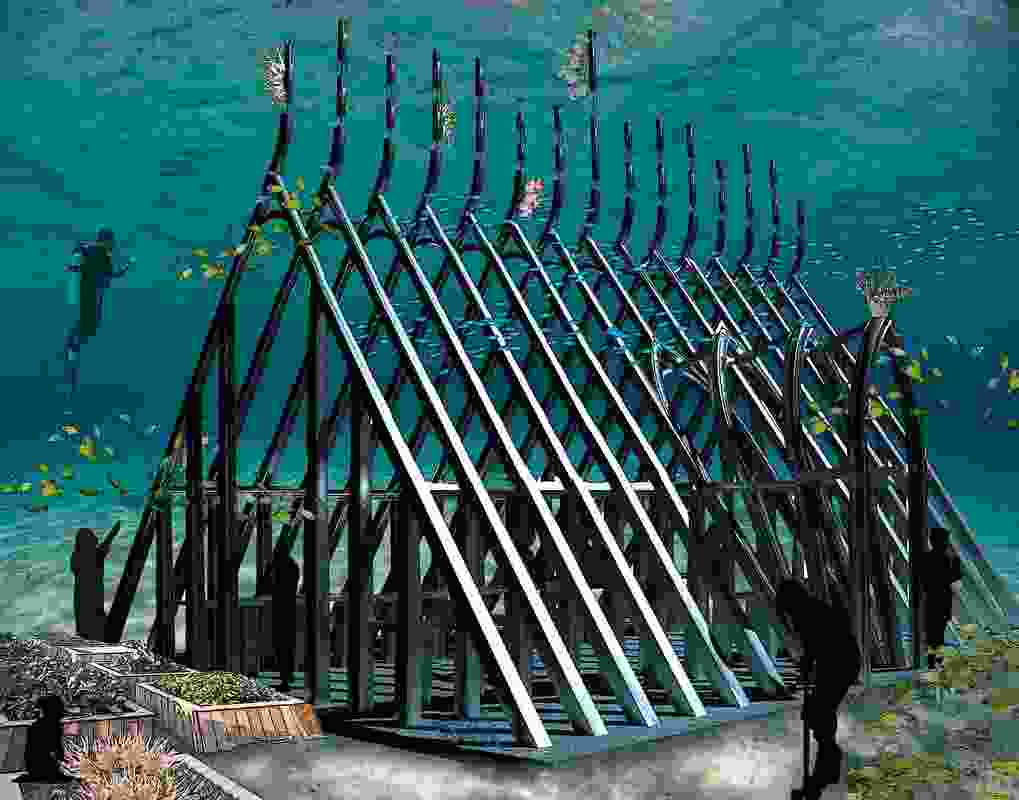 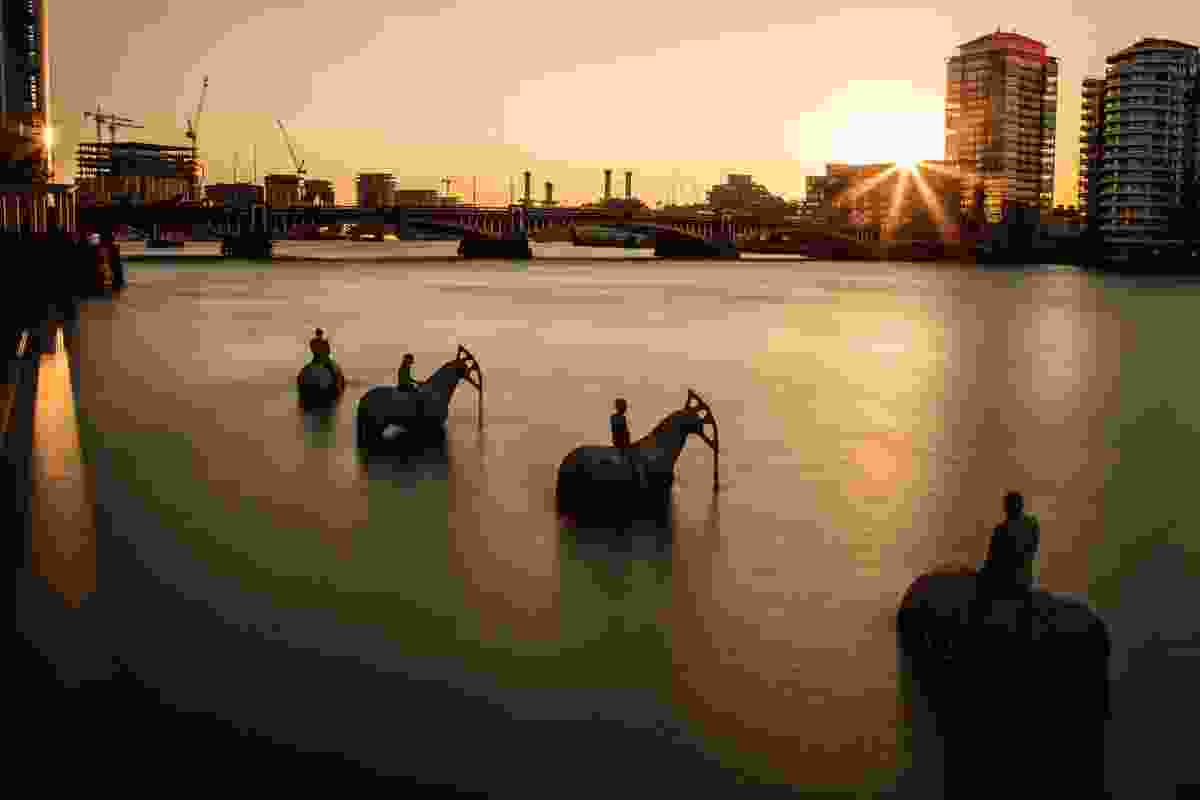 2015’s Rising Tide installation, in which the four horsemen of the apocalypse emerged from the Thames across from the UK’s House of Parliament. 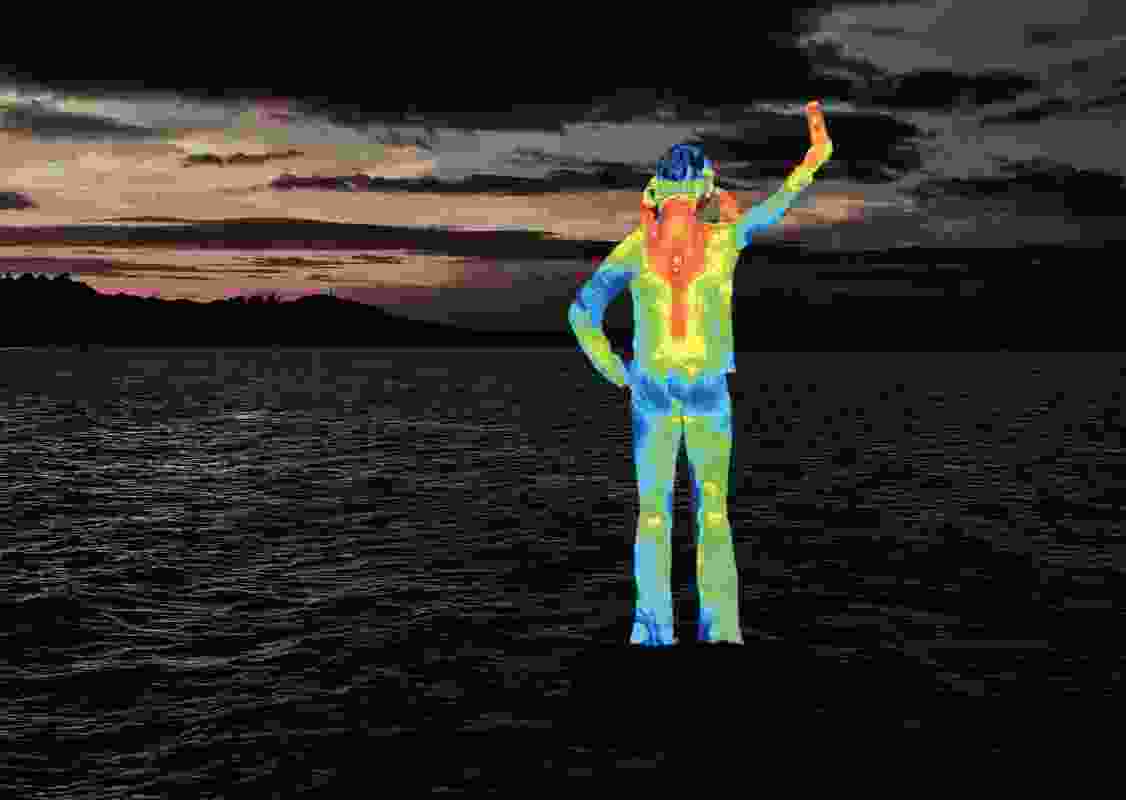 A conceptual image for Ocean Siren, the five-metre-tall sculpture to be installed just off the coast in Townsville.