Ahead of the 2016 National Architecture Conference: How Soon is Now?, Stuart Harrison speaks with USA-based professor and author Thomas Fisher about vulnerability in the architecture profession.

Thomas Fisher is a USA-based academic who has been critically examining the architecture profession since the 1990s. His seminal book In The Scheme of Things: Alternative Thinking on the Practice of Architecture (2000) successfully diagnosed the problems facing the architecture profession and suggested ways it might respond to the twenty-first century. In the lead-up to the 2016 National Architecture Conference How Soon is Now?, where Fisher is one of the international speakers, Stuart Harrison talks to Fisher about the lessons architecture can learn from other professions and how we might benefit from the change that surrounds us.

Stuart Harrison: In your book In The Scheme of Things you turned the critical lens back onto the profession. What was the motivation for diagnosing it?

Thomas Fisher: I was editor of Progressive Architecture magazine for about 15 years [1982–96] and one of the first things I did was to start a practice section of the magazine. There had never been anybody writing about practice. My grandfather was an architect, I grew up watching his practice and was always struck by how we’re relatively inventive when it comes to making buildings but incredibly conservative when it comes to our own practices.

I also grew up with a lot of conversation among the doctors in my family about the changes happening in medicine. In architecture, I think that we’re in a time where some of the most creative opportunities are actually in practice, even more so now that we’re in this entrepreneurial revolution than when I wrote In The Scheme of Things. It’s never been easier to start new businesses, new kinds of practices. I really wanted our profession to seize that opportunity.

TF: Since I wrote that book I’ve become quite interested in public health as a model for us. The idea that, just as medicine gave birth to public health in order to take care of the health problems of all people, we as architects should be involved in the shelter needs of all people. What would a public health practice of architecture look like? Because right now we basically serve the world’s wealthy. I’ve been interested in medicine’s use of non-invasive procedures. If we were to follow the path of medicine, buildings would be the last things we do for clients – not the first. You want to go to a doctor to diagnose your issues and come up with a non-invasive solution, you want surgery to be the last thing they do. Buildings are very invasive and expensive and shouldn’t be our first move.

If we were to follow the path of medicine, buildings would be the last things we do for clients – not the first. You want to go to a doctor to diagnose your issues and come up with a non-invasive solution, you want surgery to be the last thing they do. Buildings are very invasive and expensive and shouldn’t be our first move.

SH: You’re basically saying we don’t have that yet as a profession - this broader outreach and lower impact model. What would that look like?

SH: We have now seen the emergence of the need to measure good design generally.

TF: Right, absolutely. We shouldn’t be afraid of metrics. We’re very qualitative in our focus, but being able to quantify the value of design is a huge part of justifying the investments made and we’ve not done that well enough.

SH: You talk about the separation between design and practice and say it’s embodied within the structure of the professional university degree, which typically places the professional practice subjects at the end. Why is that separation so embedded, and is it changing?

TF: It’s a long story. Part of the problem is in its origins – if you go back far enough in history, architecture was the aristocratic profession. Somehow getting paid was beneath you. Professions have always had an uneasy relationship with businesses that are about selling services – professions should be about serving people. Other professions, such as law and medicine, complain about the same thing. We’re not alone in this.

I do respect that distinction between professions and businesses, but we’re not meeting our potential by being so conservative about our practices. The current generation is much more open to this.

SH: There are some good examples of practices taking on that business model. At the Australian National Architecture Conference last year we heard from Gregg Pasquarelli of SHoP Architects. He “runs into” risk by taking manufacturing on board and breaking down a whole series of borders.

TF: That’s right, I think Gregg is doing terrific work, I’ve been fascinated by his practice.

SH: In In The Scheme of Things, you also talk about this concept of the “world of flows.” What is this, and why is design is well suited to deal with it?

TF: It’s interesting, that’s what I called it 15–20 years ago. The current book I’m working on is called The On-Demand City. At the conference, I’ll be talking about the on-demand economy, the so-called collaborative or sharing economy that is emerging rapidly and globally. We have moved away from a mechanistic metaphor of reality to one that’s more ecological or biological. A shift away from a building as a machine to a building as a set of web-like systems and ecology. When you begin to develop more network-like metaphors for reality, you start thinking about buildings that way. Buildings are simply flows of materials, of money, air, water and humans.

One reason that I think our compensation as a profession is relatively low is that we spend more time chasing work than we do engaging in an ongoing way with clients.

These ongoing relationships or flows begin way before the building and continue way after. We tend to be only engaged in the process of those flows at the point where we’re asked to design a building and then we complete it. We take our photos and then we go and chase the next building. Meanwhile, that building continues on its life and has all sorts of design issues. One reason that I think our compensation as a profession is relatively low is that we spend more time chasing work than we do engaging in an ongoing way with clients. We’re responsible for too small a piece of these material, money and organizational flows.

SH: You make the point that the legal profession went through a moment of being able to offer legal services beyond trial. As a result lawyers are involved in almost everything.

TF: Yeah, for better or worse.

SH: In that case, we have to consider how we charge for non-building services. Have you had any thoughts about how we’d restructure those fee systems to allow for ongoing services?

TF: I believe we could go into a process whereby we’re paid on how much we save the client. We could say: “you actually don’t need that 100,000-square-foot building, you could probably meet all your needs with a 50,000-square-foot building.” Maybe some of the solution is digital or in reorganizing what the client already has. So our fees could be based on savings rather than on what we cost. We’re on the wrong side of the ledger – viewed as a cost that clients want to minimize as opposed to a way to save a tremendous amount of money and not do unnecessary things.

SH: You compare landscape architects with architects – saying generally the former are better at collaboration, better at policy, better at working between things. Should architects just borrow this mindset?

TF: I’ve long admired landscape architects. They don’t do objects and they’re much more knowledgeable about ecological systems. They’re also thinking in more “flow-like” ways, and they’re closer to planning and public policy. I think we have a lot to learn from them. In the USA, I see almost a flipping where increasingly clients are hiring the landscape architect first and then bring in an architect in when it’s time to do a building.

SH: That has happened in Australia as well. At the AILA landscape architecture awards, prizes for masterplanning and policy development are given, whereas the architecture profession generally gives awards just for buildings. Part of the cultural problem is recognition of where the design work lies …

TF: If we’re overly dependent on buildings we’re in trouble because one of the characteristics of the on-demand economy is that it squeezes a lot of efficiency out of the overproduction of buildings that happened in the twentieth century. Airbnb is basically acknowledging that there are a lot of extra bedrooms sitting around empty, right?

SH: Every bedroom is a hotel room …

TF: The on-demand economy is such that we may not need a lot of new buildings. We may need to use what we have more efficiently. That’s another reason we become vulnerable as a profession: by being too closely aligned to producing one kind of thing, which is a building. 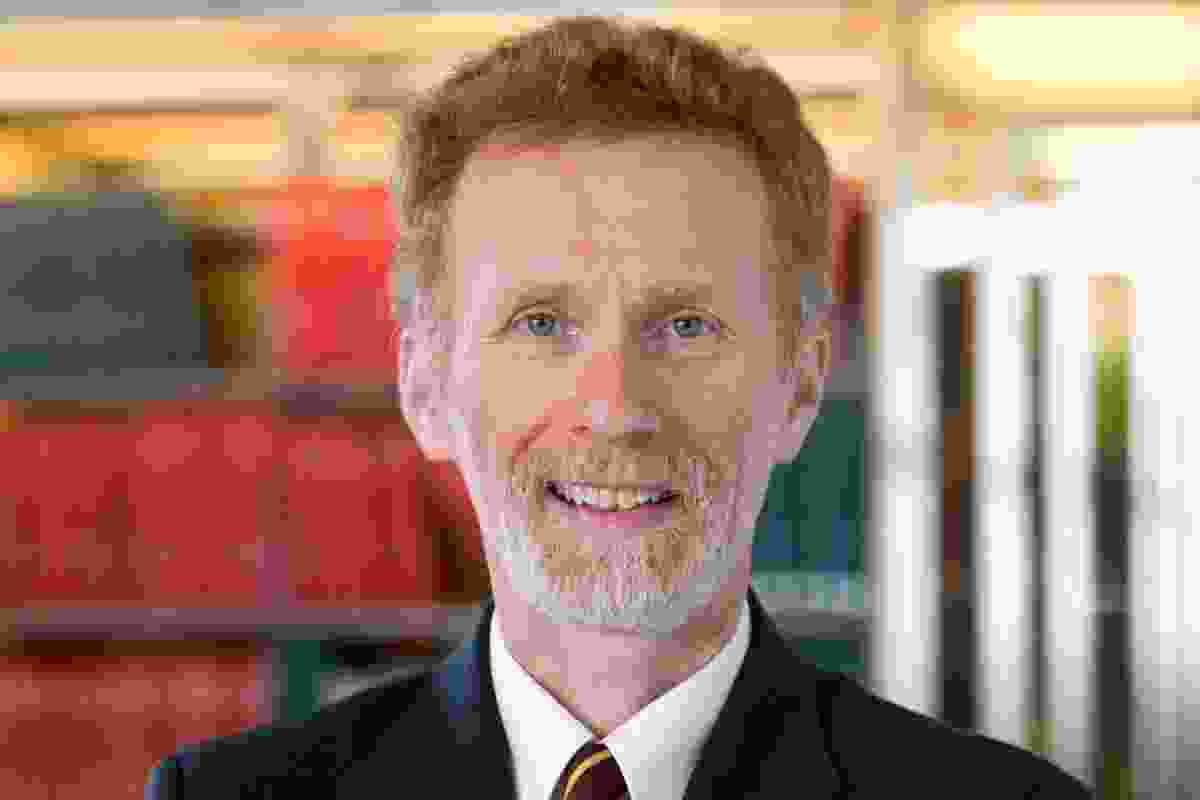 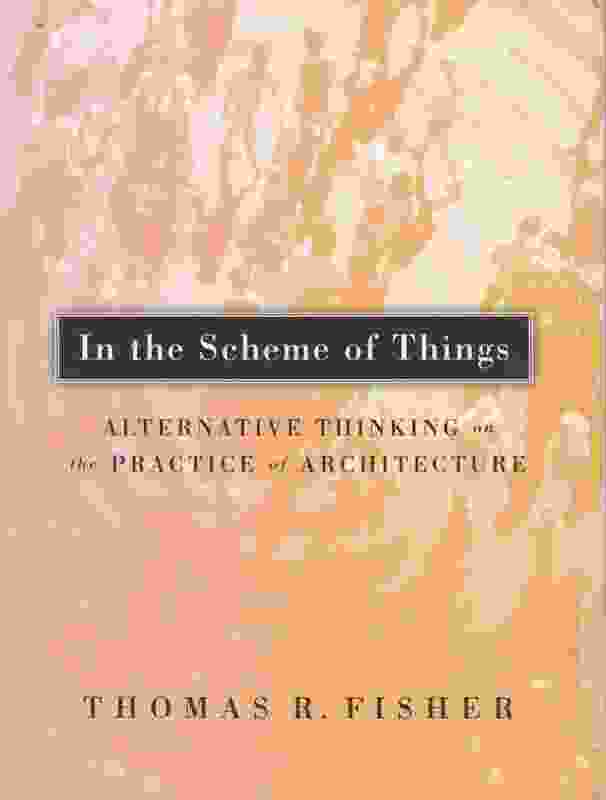 In the Scheme of Things: Alternative Thinking on the Practice of Architecture by Thomas Fisher, published by University of Minnesota Press.