Marwa Al-Sabouni is an architect and author who was born and raised in the Syrian city of Homs. Al-Sabouni not only remained in the city with her husband and their two children during its three-year siege but, in 2014, opened a bookshop and co-founded the Arabic-speaking world’s first architectural news website, Arch-News.net. Her own book, The Battle for Home: The Vision of a Young Architect in Syria, is both a memoir of her life in the city and a rumination on the role architecture and the built environment played in fomenting the conflict. Ahead of an appearance at the Antidote festival at the Sydney Opera House on 2 September, Al-Sabouni spoke with ArchitectureAU journalist Patrick Hunn about these ideas and how she hopes they might be put into use as the reconstruction of the city unfolds.

PH: Based on my understanding of your writing you’ve identified two main effects architecture has in relation to conflict ­– in terms of fostering it and in terms of preventing it from happening again. Syria is faced with a pretty massive rebuilding task now – can architecture play a role in perhaps a reoccurrence of what has happened?

It’s not the role of architecture to prevent conflict. Architecture can, however, make it permanent or make it last. If you compare it to the example or analogy of land, for example, when it’s fertile it can reproduce itself again but if you just cement over it, which architecture can do, there’s no hope for a plant to grow.

So architecture in that sense can either create the conditions to help end a conflict or enhance it. It’s the arena and the channel for such social dynamics.

To be specific about this, I’ve studied the idea of the old cities back home. Not because they are old but because they had maintained – over many centuries, by the way – those connections between people and place. That happened in material choices, in proportions, in building details. For example, imagine a door or a window frame. Those are objects that [would have at one time] supported crafts and vocations that were part of an economic cycle. Also, from an aesthetic point of view, it created a kind of harmony.

That’s why when you sit and speak with someone who lived in the old city you will sense the love that they had for their houses, their streets and their neighbour. Those streets and open spaces were channels that created space for predicted encounters with your neighbours.

PH: What was lost, then, in pre-war construction?

The social fabric. But this is a condition that happened to most cities after World War II. The city was industrialized and labour had to be called upon from the countryside and immigration happened between the rural and the urban. So this is something that happened on the international landscape.

But in Syria, [there has also been the effect of] colonization. In that sense, the French Mandate started from the urban make-up – it started by dismantling the old cities first and isolating social groups based on economic status and on religion.

We didn’t have this [isolation] in the old Islamic cities.

PH: Syria isn’t on the other side of the conflict, yet. But the country, in some places, is entering a phase of rebuilding. How can your ideas be put to use there?

It’s an enormous task. It’s not up to me, but I think about it all the time. I know that for me the answer lies in building vocations. Breaking the cycle of the building industry – the mass-production, global industry that doesn’t value the architect. Breaking that by empowering and bringing back those crafts and building vocations for me is the start.

PH: Your book isn’t yet available in Arabic [although a French edition is forthcoming]. Do you think that you’ve found much of an audience for your ideas in Syria? Obviously the conflict is ongoing.

Well that’s the main challenge. But there’s also a barrier between Arab thinkers and their potential audiences. I know for a fact, based on the bookshop I have, that people are thirsty for knowledge and the Syrian audience, or the Syrian reader, is as widely educated and as thoughtful as the Western reader.

But, yes, there’s a barrier that has been created by these conditions. It’s a structure of devaluating a whole society. Because we lost [so much] before the war – we lost platforms like venues and libraries. We also have so much censorship, which is social as well as political. Our media is also not concerned with culture.

PH: What’s interesting is that you have, in the middle of a war, gone about making or remaking these spaces and platforms. What was the thinking behind the bookshop that you opened with your husband [architect Ghassan Jansiz], because it isn’t an architectural bookshop, is it?

Our life has been full of coincidences. In 2014, which was the peak of the conflict in Homs, which was so dangerous – I mean, you rarely met a person in the street because so many fled in that year specifically.

The main book shop back in Damascus is the national distributor in Syria for the Oxford University Press and the Cambridge University Press. They have been opened since the 80s. We were chatting to some of the people who worked there and we said we would love to represent you in Homs.

I don’t know why but they said yes, so we rented a garage in the centre – there is a very small centre, just one square kilometre – in front of the only hotel we have in Homs, which was the most secure area in the city.

We renovated [the garage] and opened the bookshop. We sell our books mainly to institutions, so to private schools, universities, English institutes, NGOs. The business is going very well in that regard because, as I’ve said, people are hungry for knowledge and for something that respects their minds and respects their eyes, [for] which architecture is now failing them in that regard.

PH: Are there opportunities for architects in Homs? Does your practice have any projects on the go?

Small bits. Renovating an apartment here or doing a shop there. We hope that we’ll have a positive role – a way to implement or make even a small example of what we’re theorizing. It’s the hope of any architect, basically. 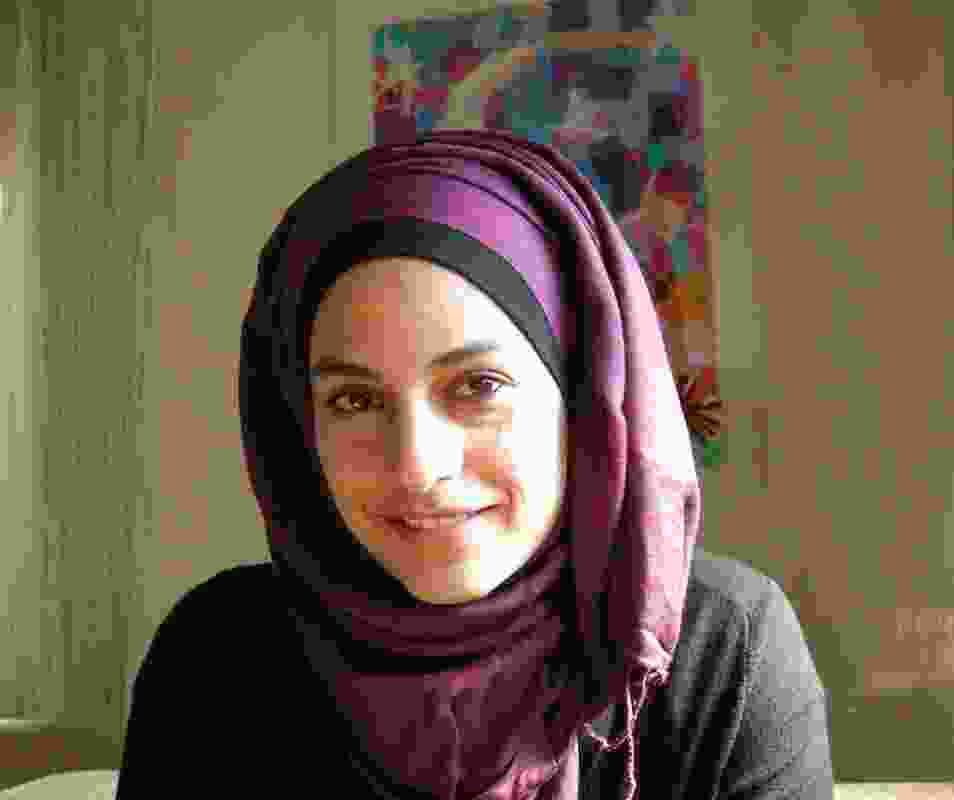