A field guide to the architecture of the South Pacific

The South Pacific has been neglected in discussions and assessments of world architecture – but there is architecture to discover on these islands of palms and cloudless skies. Architectural historian Bill McKay and photographer Jason Mann decided it is time to investigate.

The South Pacific is where most people go to lie on beaches and get away from it all. When we see images of the islands, they are generally resorts and palms and cloudless skies; picturesque isles, happy untroubled locals. You may see a few buildings – your over-the-water fale accommodation – if you are lucky, and a couple of cute churches you stop your scooter by, perhaps. But there is a lot of architecture in the Pacific and it is time we took a serious look at it.

Here, you will see images from a new project, by architectural photographer Jason Mann and me, to document the architecture of the region. That’s rather ambitious, as the nations are so diverse and the place covers a third of the planet.

From the Anglo viewpoint, the watery side of the world has been seen as pretty much empty and dotted with little islands that harbour visions of paradise. Reality is different, of course. The Pacific has seen its share of conquest and colonisation over the past few centuries, followed by, as Paul Theroux describes, “the long parade of explorers and travellers and tourists who felt a need to invent the Pacific and to make it a paradise”.

Since then, we have seen coups, civil wars, corruption, bribery, neo-colonialism, fish stock plundering, prisons for boat people, cyclones and tsunamis. Our picture of the Pacific has become one as full of problems as those in our own homelands. And they have cities and urban issues, heritage issues and environmental issues – just like us.

The Pacific has been neglected in discussions and assessments of world architecture. Not only has the region experienced enormous social, political, economic and cultural pressures over the past few centuries, but, in addition, it is becoming an epicentre of foreign investment, commercial development, economic exploitation and politically-motivated ‘aid’ packages.

Simon Winchester has identified it as a crucible of the 21st century and his latest book on the geopolitics of the region handily summarises in its title the past and future collisions of cultures the area faces; Pacific: Silicon Chips and Surfboards, Coral Reefs and Atom Bombs, Brutal Dictators, Fading Empires, and the Coming Collision of the World’s Superpowers.

These pressures are affecting the material and built culture of the Pacific and the area will also be one of the first inhabited regions to bear the brunt of climate change events such as sea level rise and, increasingly, energetic and frequent cyclones. Much indigenous and heritage architecture of all periods is at risk.

But, beyond the depressing stuff, there is so much marvellous architecture to see around the Pacific and, with the help of tangata o le moana (people of the Pacific), it’s time for Westerners to properly appreciate it beyond the tourist drive-by.

This year will see the launch of a website devoted to the architecture of the South Pacific. It’s not just for us, though – it’s for the people of the Pacific, those there and throughout the diaspora, the young people of Pacific heritage growing up away from their parents’ homelands; in places like Los Angeles, which has supplanted Auckland as the city with the largest concentration of Polynesian people in the world.

The site will include maps and guides to notable architecture in cities and around islands, as well as other resources, such as building reports (when in the public domain) and bibliographies.

And, hopefully, this work can help politicians and authorities to make wise decisions as well. For example, over the past couple of years, the German Courthouse in Apia, Samoa, has been at risk. It’s a colonial period structure, notable for its architecture but for its history, too. It is where New Zealand invaders formally captured Samoa from the Germans in the First World War; it’s also where the New Zealand administration killed a dozen protesters of the Mau independence movement in 1929.

Recently, it was proposed to be bowled to make way for a development site for another foreign interest but now seems to have been saved with the assistance of a couple of New Zealand architectural historians, Dr Christoph Schnoor and Adam Wild. Just as in New Zealand, it is important that we document heritage architecture in order to preserve it.

Yet how do you determine what’s good architecture, especially when you are an outsider? The images of Samoa you see on these pages are just a tiny selection of those shot by Jason Mann and are generated from surveys produced by architecture students Matilda Phillips (Samoa) and Miriama Arnold (Cook Islands) during a University of Auckland Summer Scholarship programme in early 2016.

Our definition of architecture is broad and ranges from archaeological sites, through to indigenous and vernacular buildings, colonial and modernist buildings and contemporary structures – and, yes, even to resorts. Matilda and Miriama will be joined by Icao Tiseli and Lusi Vete in managing the website with us and have ambitions to increase the scope to enhance networking and conversations between all those interested in the built culture of the Pacific. This will be supported by a new Master’s level course in Pacific architecture at the University of Auckland’s School of Architecture and Planning.

There is a view that all the islands, the nations, of the Pacific, are fairly similar. That’s wrong, even architecturally. The open-walled fale is common throughout the Pacific but in Samoa, you will notice it alive and well and evolving in dwellings from traditional thatched roofs, through to curved and wrapped corrugated steel roofs, to hipped ‘fale palangi’ roofs.

In Tonga, you won’t see as many fale-style dwellings but you will see the fale scaled up and incorporated as the main form of many significant churches. Churches are everywhere throughout the Pacific but their appearance and construction can be quite specific to locations.

In the Cook Islands, they supplanted malae (marae) at a very early date and these are often made from coral ripped from ancient terraces. And speaking of stone, we think of the original architecture of the Pacific as, like the fale, lightweight, flexible and lashed together, which is true but ancient stone marae and other structures are much more prevalent than you would think. They range from the astonishing stone city of Nan Madol (Pohnpei, Caroline Islands) to the langi, low stone pyramids, of Tonga, to the stone sculptures and malae of the Marquesas.

And in terms of contemporary architecture, when I passed through Tahiti, I was repeatedly assured there was no interesting architecture there, but the Maria No Te Hau church in Pape’ete, with its space-frame roof, must be one of the great buildings of the Pacific. And, as close as Samoa, you will be awed by the several-storeys-high Baha’i temple constructed from in-situ concrete.

Future issues of Architecture New Zealand will feature articles on the architecture of Pacific nations, along with guide maps, starting with Samoa, Tonga and the Cook Islands. For those of us with an avid appetite for good architecture, this will lure us away from the beaches and bars of the resorts.

This article was originally published on ArchitectureNow.co.nz.

A field guide to the architecture of the South Pacific 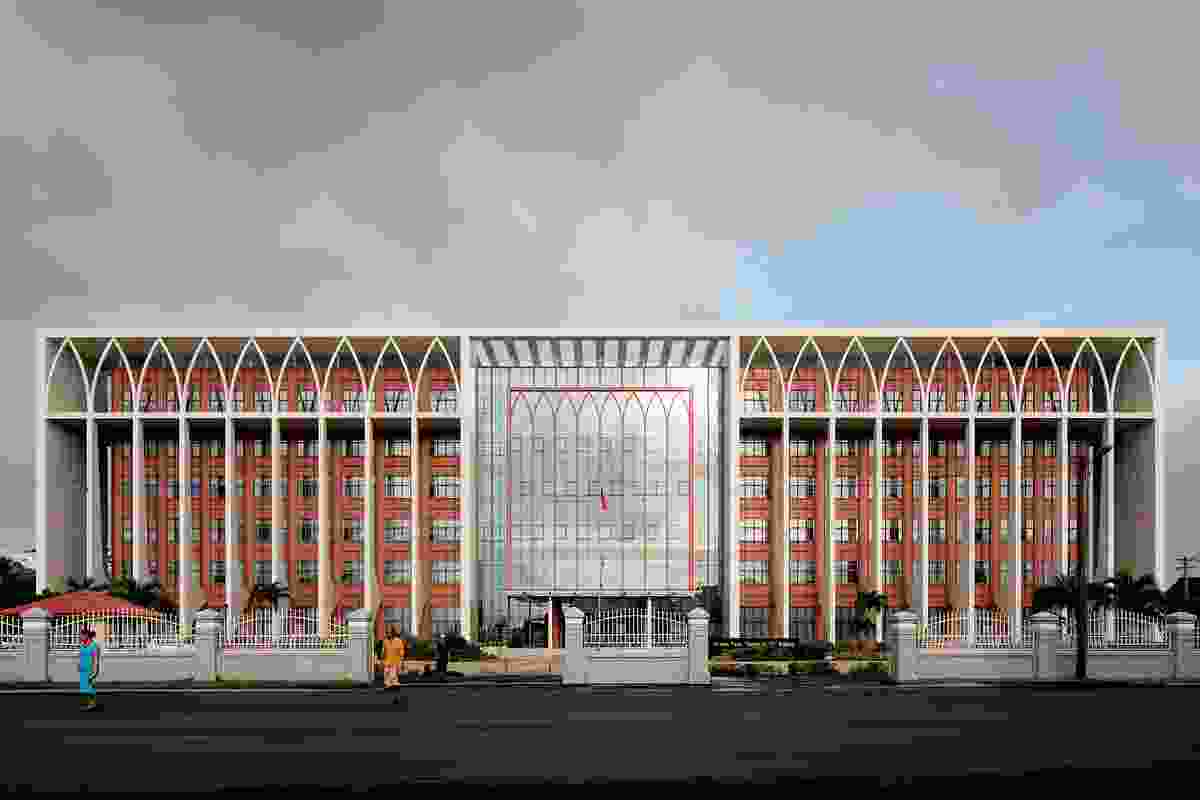 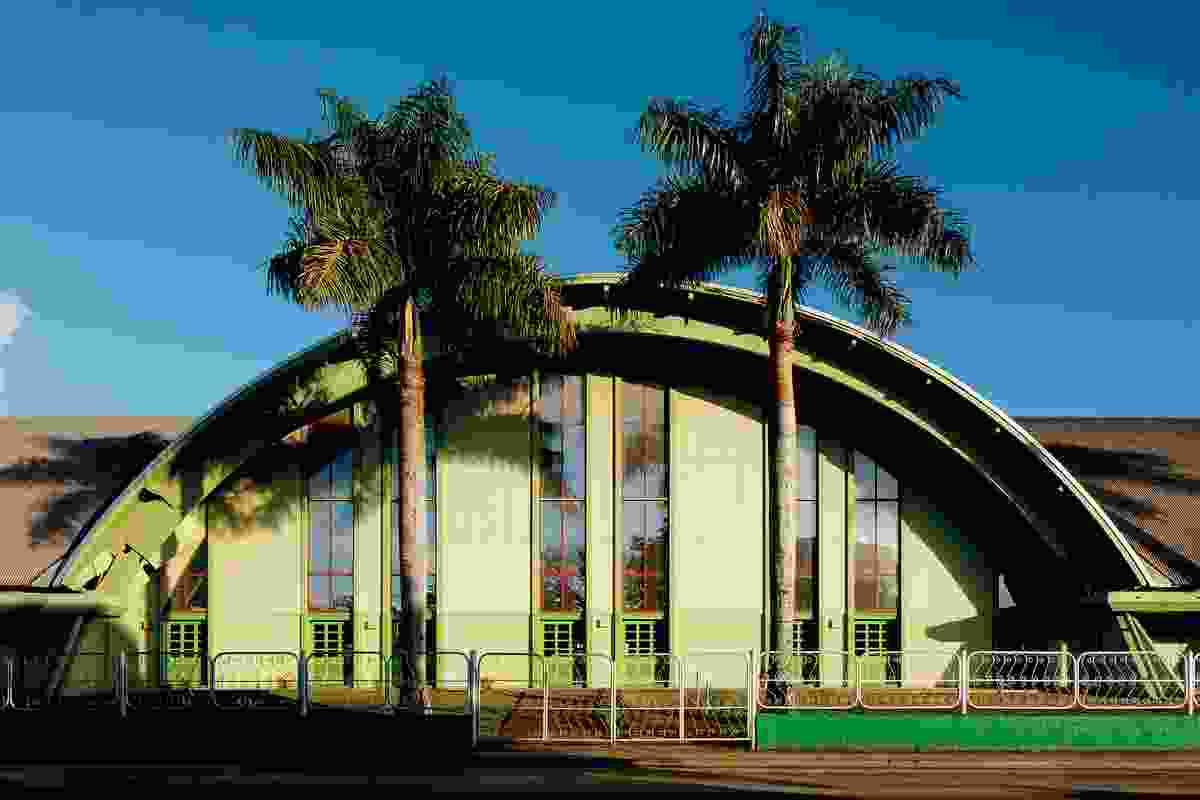 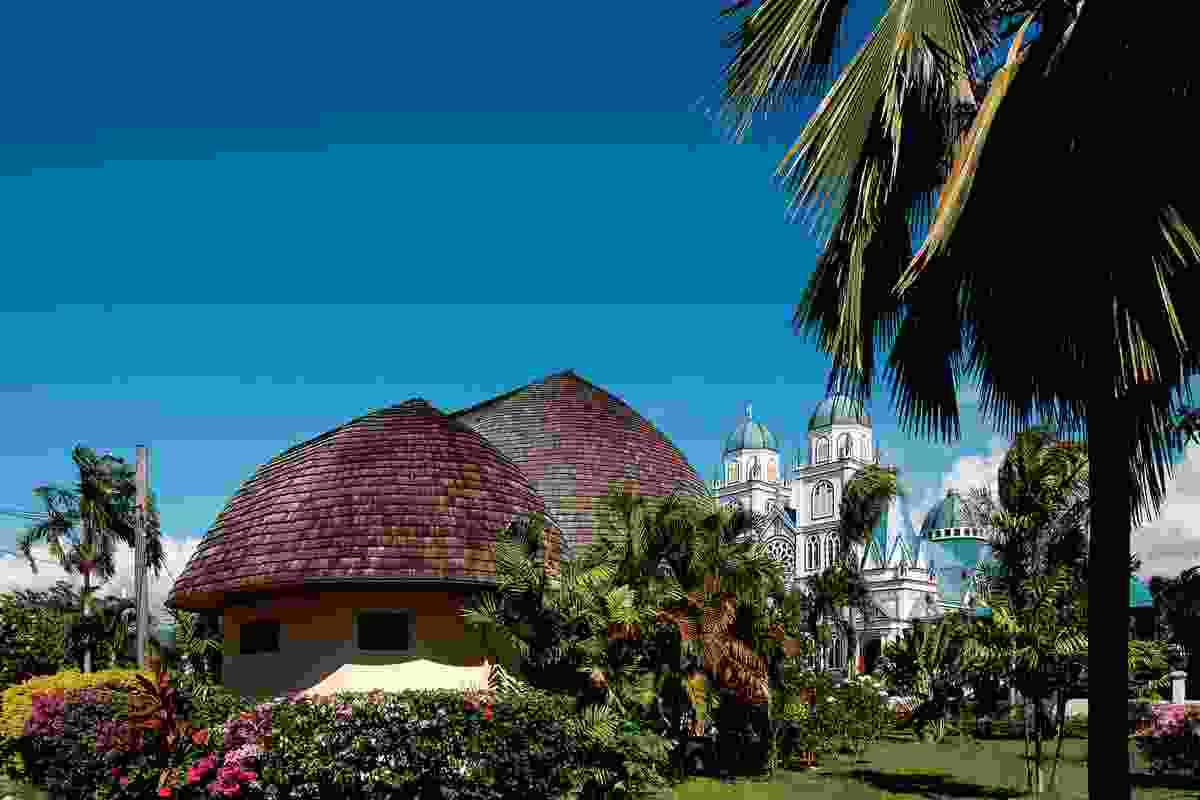 Samoa Cultural Village (front) and Mulivai Cathedral of the Immaculate Conception of Mary (back), both in Apia, Samoa. 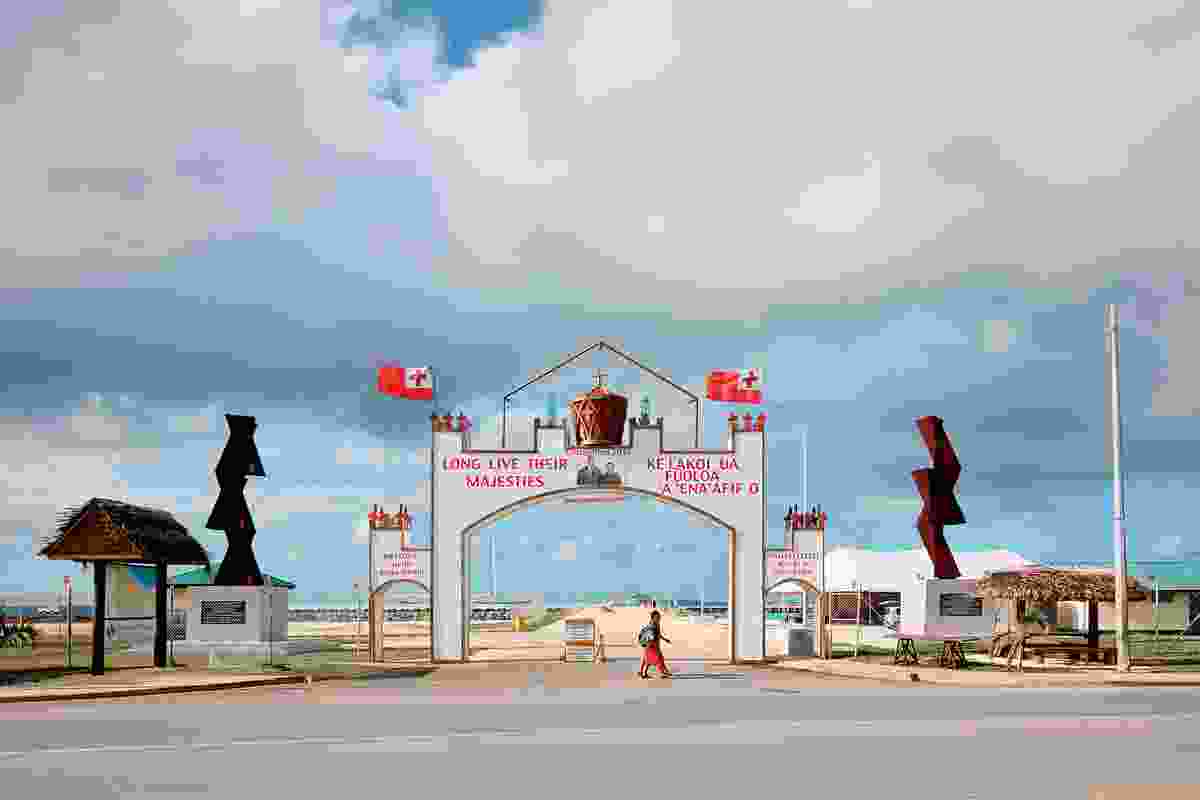 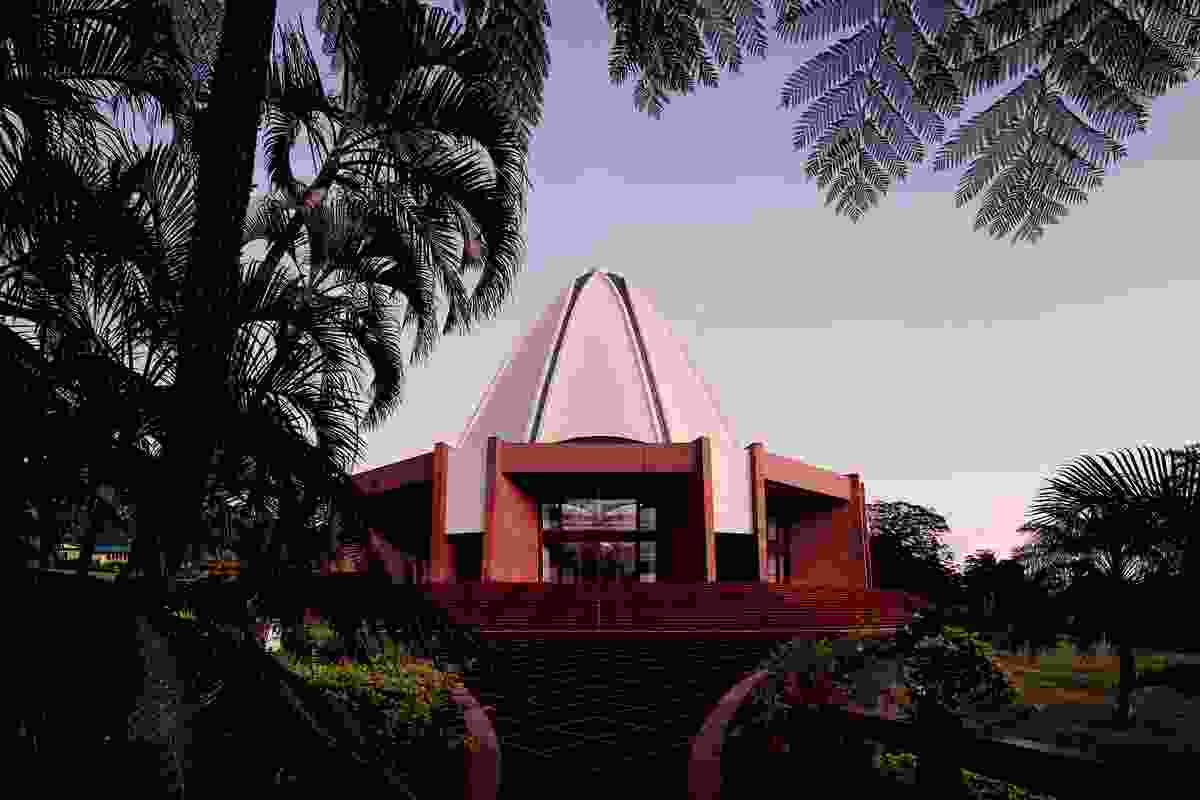 The Baha’i temple in Samoa. 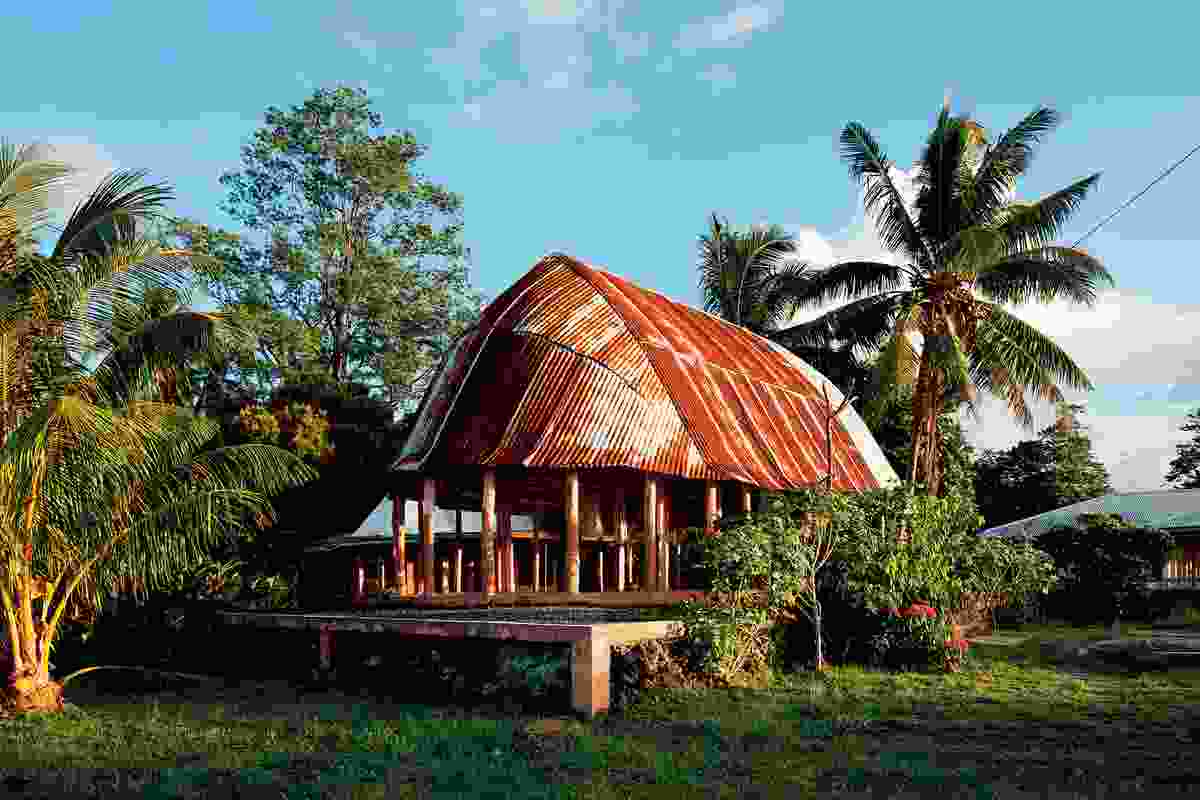 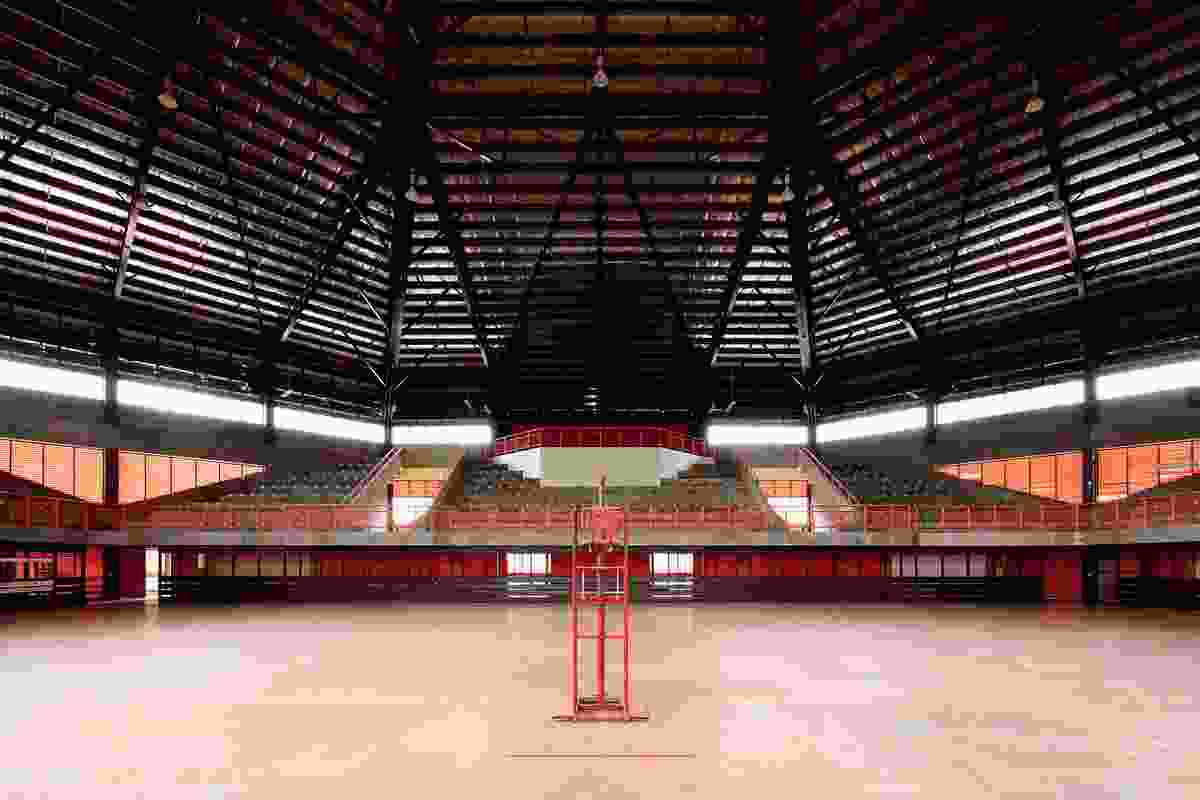 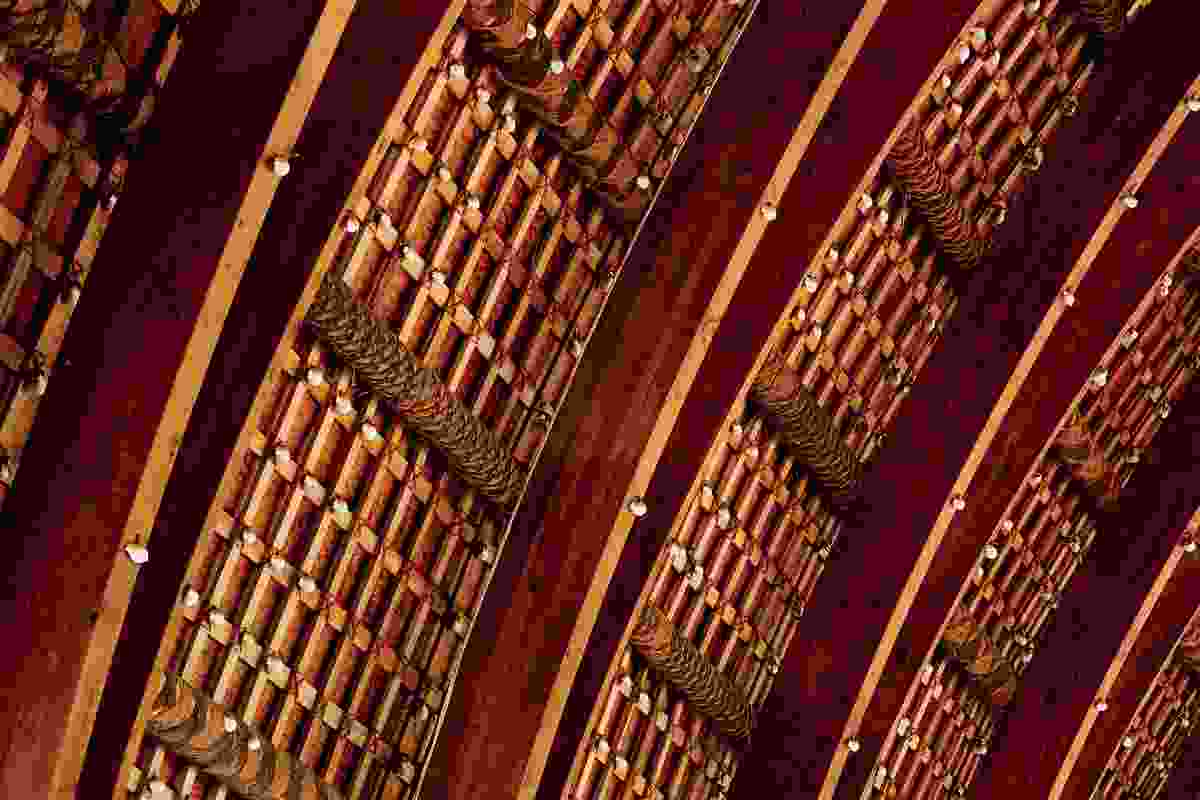 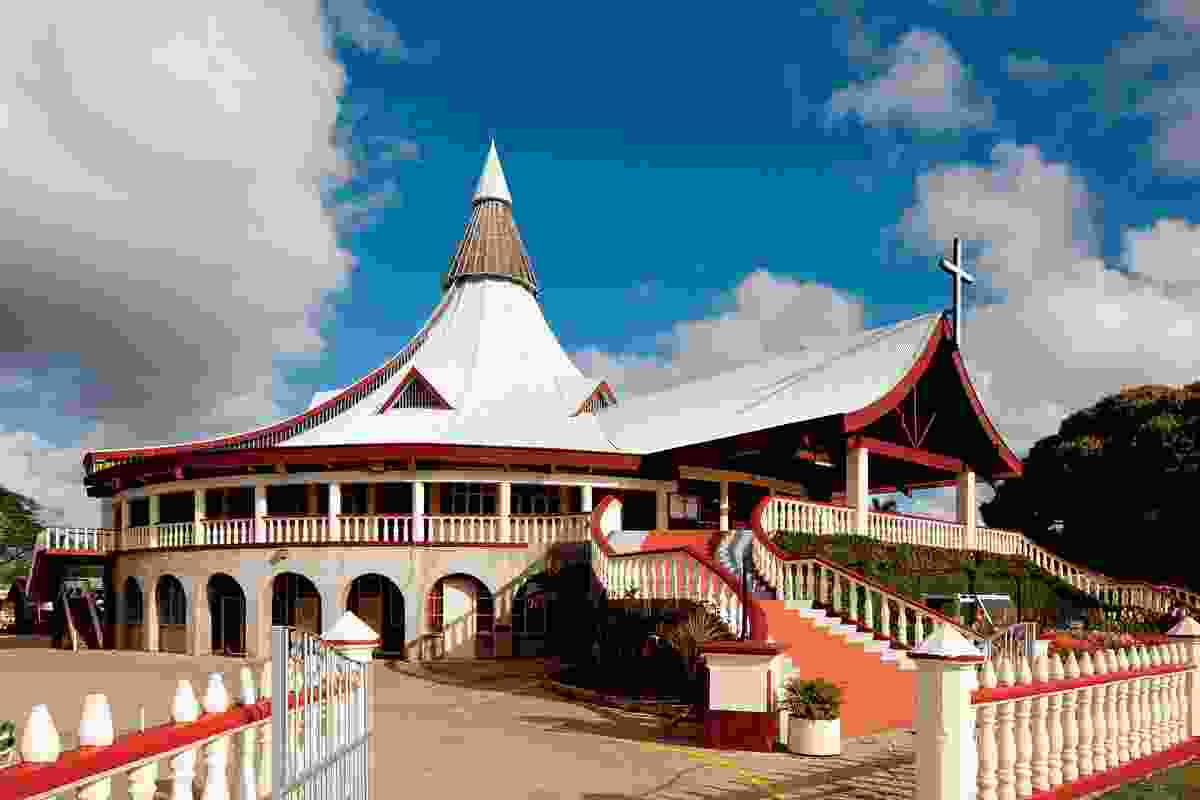 Basilica of Saint Anthony of Padua in Nuku‘alofa, Tonga. 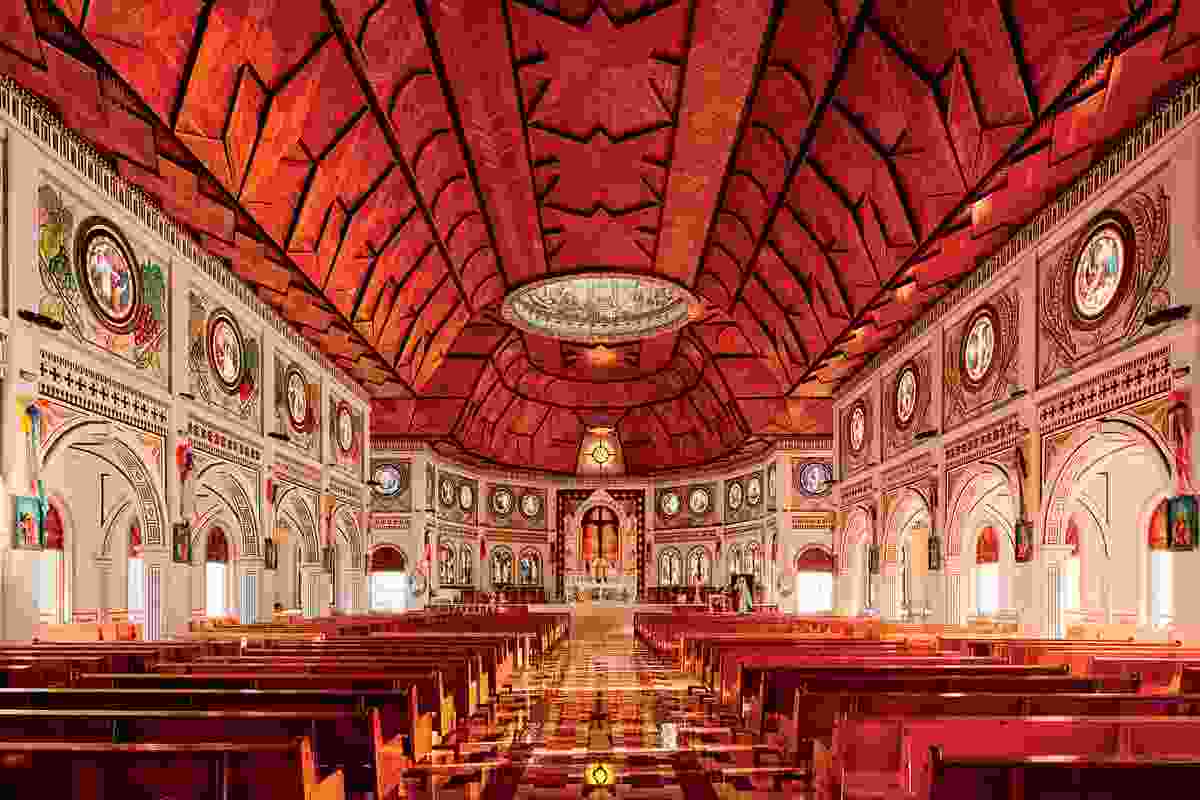