Auckland Airport 30 year masterplan by Skidmore, Owings and Merrill. The airport expansion will be designed by Grimshaw and Architectus.

Auckland Airport has announced that Grimshaw and Architectus will lead the concept design a combined domestic and international terminal as part of a consortium led by international engineering and development firm Mott MacDonald and also includes Holmes Consulting.

The project will cover building works to be completed over a ten-year period. In addition to the combined terminal, the design will include “significant expansion” of border processing facilities and the integration of new car parking and “extensive” new transport facilities, although the nature of these is not specified and there are no plans by local or national governments to extend Auckland’s rail network to the airport.

Auckland Airport chief executive Adrian Littlewood said, “the consortium’s architects have a proven record of successfully bringing local cultural influence into the fabric of their passenger focused design. This is a significant factor for us as we build a world class airport with a uniquely New Zealand feel.”

In 2014, Auckland Airport released a 30-year masterplan, which laid out plans to install a second runway by 2025 and to combine what are currently separate international and domestic terminals. The masterplan was produced by US-based practice Skidmore, Owings and Merrill and engineering firm Arup and depicted a vision of what the airport would look like in 2044. The design featured a large, crescent-shaped terminal and an underground rail connection to central Auckland.

Part of the 30-year plan involved the redevelopment of the existing international departure area, which was designed by global practice Gensler and New Zealand practice Jasmax. Construction began in late 2015, the terminal is expected to be complete next year.

Architectus has provided urban design and architecture services on aviation and transportation projects in both Australia and New Zealand, including Gold Coast’s proposed G:link light rail system, Terminal 2 at Melbourne Airport (2008–2011) and a railway station at New Lynn in Auckland with Brewer Davidson Architects (2010).

The design is expected to be completed in early 2018. 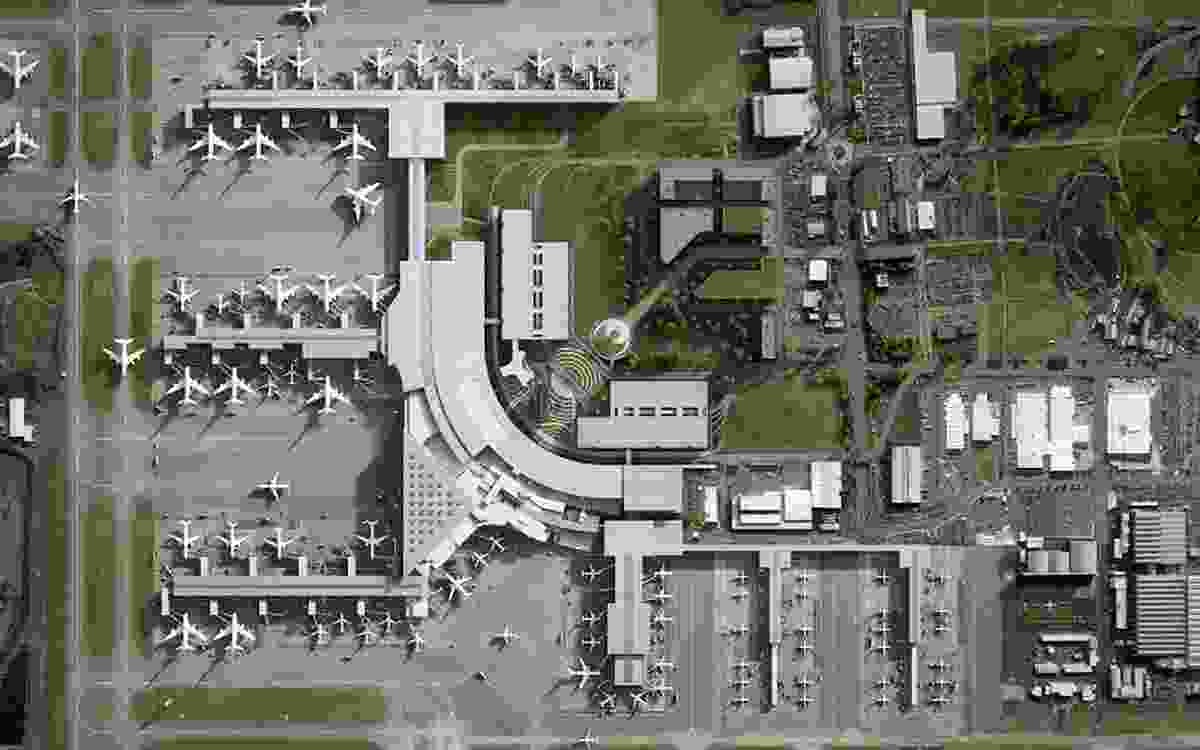 Auckland Airport 30 year masterplan by Skidmore, Owings and Merrill. The airport expansion will be designed by Grimshaw and Architectus.