Are flexible working arrangements the key to a more equitable workplace, or a gateway to casualization?

An event in Melbourne, held in anticipation of International Women's Day, sought to dissect the possibilities of flexibility.

The audience at Flex.

Changes made to the Fair Work Act in late 2018 mean that employers are now required to give serious consideration to requests from employees for flexible working arrangements and, if they refuse, must provide a reason.

Women are much more likely to be in, or seek out, flexibility in employment. Is flexibility part of the answer to a set of biases that see women earning less and being precluded from career advancement?

This question was among many that were unpicked at Flex, an event held at Loop Bar in central Melbourne as a collaboration between the Process architecture forum and Parlour, the Australian gender equity organization. Flex saw Sonia Sarangi of Atelier Red and Black, Jean Graham of Winter Architecture, Anna Ancher of Bates Smart and Justine Clark of Parlour draw on their personal experiences with work and its flexibility (or inflexibility) as the starting point for a wide-ranging discussion about the often-rigid nature of the architectural workplace and its relationship to gender equity.

Perhaps most interesting was a relatively new thread that was woven into the conversation – an anxiety that flexible working arrangements could be another “lever to restrain female career advancement” or “a slippery slope to casualization.”

Justine Clark began the event by outlining the research projects completed by Parlour over the past few years that have tried to turn long-held suspicions around gender inequity in Australian architecture into verifiable data.

She said that among the findings of projects like Parlour’s State of gender equity and last year’s census report showed was that while the proportion of women studying architecture had shown rapid growth, the number of women at senior levels was stagnant, with many leaving the profession altogether after several years.

“We see this huge ‘ski slope’ as women either leave the profession after 35 or stop identifying themselves as architects,” she said.

“The 2016 data showed us that architecture in relation to other professions is less supportive of part-time work.”

She also argued that flexibility should be thought of more broadly than simply in terms of day-to-day arrangements. “The other point I’d like to make is that while this is about the day-to-day flexibility of work, it’s also about a flexible understanding about what a career might be – that a career might include all kinds of different work and intensity, and that it might include periods of working full- or part-time. It’s not necessarily just about climbing the ladder to become a director.”

“It’s really important that we think of careers as things that shift and adapt over time in response to all kinds of factors including our own personal circumstances.”

Parlour’s work in this area has resulted in the Parlour Guides to Equitable Practice, which lay out a set of guidelines for workplace management with an eye cast toward equity.

The chapter devoted to flexibility states, “We need a new culture that not only supports women and men in their attempts to balance family life and architectural work, but also encourages work habits that flexibly meet the needs of both practices and employees.”

Jean Graham, of Winter Architecture, introduced a suite of projects that the practice has completed, or is currently working on, at sites all around Australia.

Winter Architecture’s unusual arrangement sees the six-person team based all around Australia, with all of the members working collaboratively on projects from every corner of the continent. Graham said that one recent project was worked on by members of the team in Perth, Sydney and the practice’s offices in Fitzroy and Torquay, with the engineers based in Tasmania. While Graham’s team does meet in person to generate ideas, much of their work is communicated digitally using the Google Hangouts service.

This method of practice came from having “no real choice,” Graham said. “Can you tell me a firm in Melbourne where I can work one day a week, or four days a week, or have a family, or go travelling?”

Anna Ancher, a project architect at Bates Smart, discussed her experiences as a young architect and the way flexibility has changed the way she works.

While “hugely rewarding,” the architecture profession is “a hungry and demanding beast,” she said. Recalling her experience as an architectural graduate, she said that it was “very much the case that you were only seen to be working if you were physically in the office.”

Ancher has worked at Bates Smart for a number of years, both as a full-time employee and part-time as a single mother. She noted a “perceptible change” for the better in terms of the firm’s attitude toward female work and flexible work “in the past three to four years, particularly.”

She said that a number of women at the firm who were either on maternity leave or about to go on it had recently received promotions. In terms of her own situation, Ancher said that she managed a team of eight people, working on luxury multi-residential projects with sometimes dizzyingly large budgets, while working four days a week and keeping regular office hours. Noting that many of the people in her team have families or interests outside of architecture, she said that the workplace was less judgmental of the need to be physically present.

Ancher also noted that she was aware of concerns that flexibility, “while well intentioned,” might “actually working as a lever to restrain female career advancement and promotion.”

“It’s true […] in the way that any deviation from the conservative, traditional way of working is used to support what is either a conscious or unconscious bias toward gender inequality.”

Sonia Sarangi of Atelier Red and Black, who works flexibly, began by questioning the language around the concept, “because from my own personal experience some of those words have ended up becoming a cord that I’ve been strangling myself with.”

She objected to the “balance” in “work-life balance,” for instance, for its implication of a state where “all the balls were up in the air,” when the reality for a flexible worker is that one aspect of life, at any given moment, has to assume a more prominent position relative to others.

Sarangi also argued that the often-repeated ideal of a woman who “has it all” is fallacious – not because women are less capable than men but because a traditional social configuration means that very few men do either.

While Sarangi’s partner “has the ability to have two children without having his career suffer,” for instance, “he has missed out on other things.”

“He has had only tiny slivers of time with our young children, and that goes in the blink of an eye,” she said.

Sarangi added that as an employer she tries to understand flexibility in a broad way, that, when offered, doesn’t have to be strictly defined by family obligations.

Some members of the audience, while emphasizing their broad support for flexibility, voiced a concern about the adulation the concept receives. One woman wondered whether flexibility could be “a slippery slope into casualization.”

“I worry that the flexibility that you’re talking about becomes a codeword for staying up til midnight for work that you’re not being paid for,” she said.

Clarke replied, “I agree that it can be a mask for all kinds of shitty behaviour. I think we have to be very vigilant that it isn’t used as an excuse for exploitation.”

Are flexible working arrangements the key to a more equitable workplace, or a gateway to casualization? 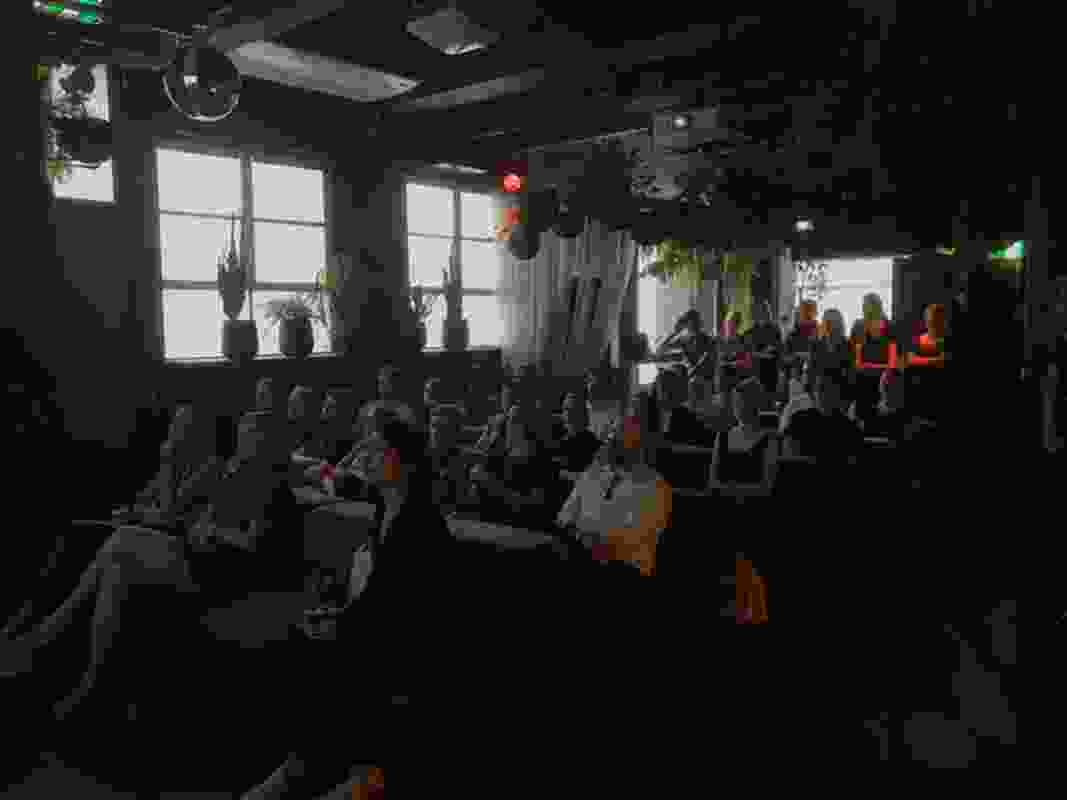 The audience at Flex. 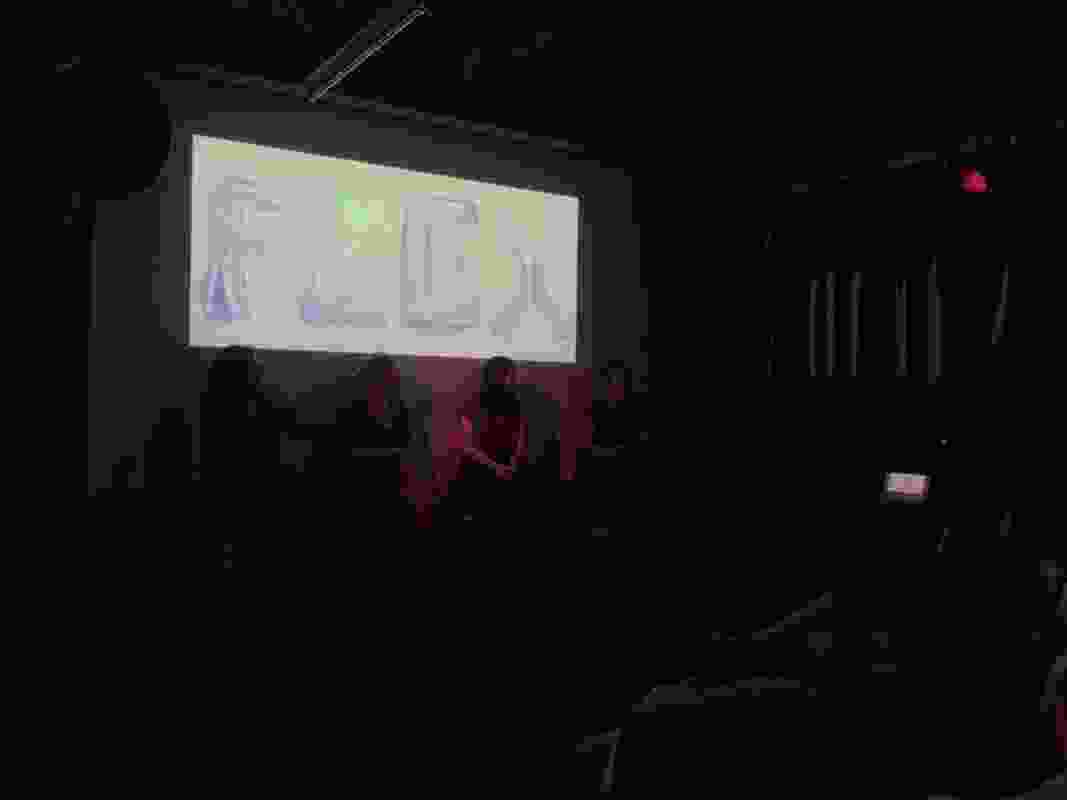 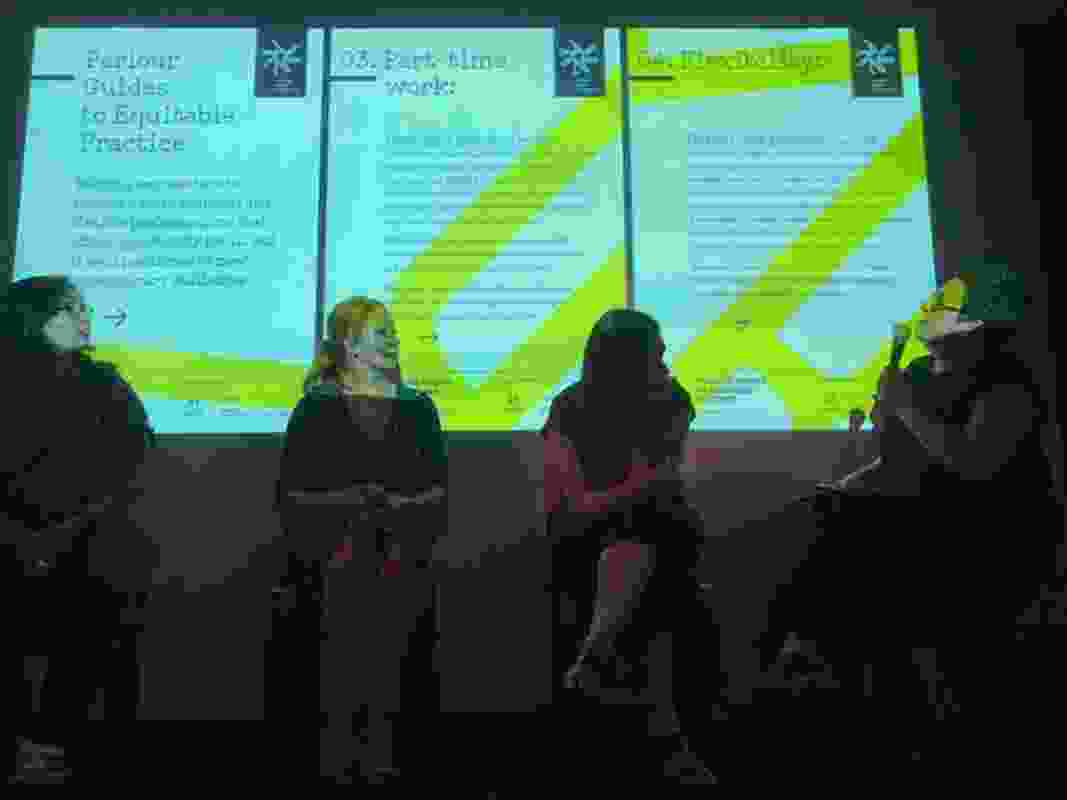