ARM Architecture: Resilience is the name of the game

Dimity Reed discusses how a ‘cultivated resilience’ has enabled 2016 Gold Medallists, the directors of ARM Architecture, to create bold and ambitious work embedded with historical, fabled and emotional references.

I first met Howard Raggatt in the early 1980s, when he was in a home-based start-up practice with Steve Ashton and I was somehow involved with the Victorian Architecture Awards. The jury was intrigued with the Capper house by Raggatt and asked some questions to which we, innocents at large, expected some straightforward responses about client, site and intent. The conversation that followed led us into territory few juries get to chart. The nearly-all-female jury was well versed and rehearsed in its ambitions to lead architecture and its institute into the world of the feminine but we were startled to be led instead into a discussion of the role of Christian belief and redemption in the making of a suburban house. Yet that is where we went.

The practice became ARM in 1988 when Ian McDougall joined Ashton and Raggatt. Their story is that, hungry and jobless, they were desperately huddled over the rented fax machine as a message came through that they had won the competition to remake the fire-gutted St Kilda Town Hall. Raggatt has said: “It was just in time for us, that win, otherwise it seemed we might have quietly gone bust in that recession of 1991.”1 The Town Hall win led to the remaking of the library over the road, and the practice was on its way. (Stories like this have to be of comfort to the young.)

Ashton realized early that it was vital to learn how to both build a practice and manage a business in order to pursue the areas of architecture that interested them. He has built ARM into a workshop for architecture in which new graduates are mentored and the whole office works on projects. No individual takes credit for the work. As the practice has evolved, Ashton has developed as a strategist, a reviewer of the design trajectory, making sure those who are closest to the design coalface maintain a balance of bravado and prudence.

Ashton, Raggatt and McDougall’s writing, teaching and discussion of the determinants and possibilities of architecture and the making of it in an age and a culture more commercial than civil – while important – become remarkable when they are matched by the fact that the stuff actually gets built.

ARM has encouraged, indeed led, much of the thinking about architecture in Victoria over the past thirty years, the discourse of ideas. Ashton, Raggatt and McDougall’s writing, teaching and discussion of the determinants and possibilities of architecture and the making of it in an age and a culture more commercial than civil – while important – become remarkable when they are matched by the fact that the stuff actually gets built. The ideas underpinning the practice’s work derive from the directors’ interest in exploring the historical conditions and the cultural connections around each project.

The architectural brief generally signals a clear transaction: client, project, site and budget. The architect then ventures into a web to charm these dots into an outcome. But ARM’s work ventures beyond the boundaries of that transaction to explore ambitions beyond the brief. It invests intellect and a searching humanity in pulling out the stories and knitting historical, fabled and emotional content and reference into its buildings – predominantly public buildings that own, reflect and shape our shared histories.

So how has this extension of the brief, and the generation and development of the ideas, worked to produce an extraordinary body of work within the reality of the scrappy commercial world that architects now inhabit? While a couple of decades ago the construction industry consisted of builders who understood how buildings are made, it is now the domain of project managers who yearn to be developers but are apparently too well educated to be builders. There is a limited understanding of any detail that is not an immediate off-the-shelf response.

It is in addressing this contradiction between the cost, speed and limitations of the construction process and the time-absorbing generation of ideas and the development of complex design responses that ARM has managed to survive and thrive. And it has done this by being open to various ways of operating. I would once have called it pragmatism but that demeans the art of it; it is, in essence, a cultivated resilience.

Frequently, during construction some things need to change and disputes about the quality and costs of the outcome can arise. Ashton, Raggatt and McDougall have developed a working system for the office that allows a ready adjustment to meet these situations. If the developer baulks at finding a solution to a key design issue, ARM will remove that part of the contract and find its own solution, bypassing the developer and going to a tradesperson. The spatially and acoustically complex interior woodwork of the Melbourne Recital Centre (2008) was given to a joinery company and the result is exactly as designed. It’s really returning to a medieval process in which the architect works directly with the craftspeople.

With Storey Hall (1995), the bronze tiles on the Swanston Street facade were priced at five times the allowed sum, so ARM found a foundry in St Kilda that extended its factory for the job. Raggatt made a mock-up of the tiles and a cast, and the foundry produced the tiles. Interestingly, the top of the construction industry is now becoming more attuned to this approach to the work.

Ashton has become an expert in how architects can maintain a position of importance within various engagement types, and how different procurement models can or should work, and their strengths and weaknesses in project delivery. This prized skill is a central aspect of the firm’s resilience in today’s construction processes, which are now so quick that architects just have to be in the tent with the construction industry to be able to do what architects are supposed to do: design a striking, working building. And ARM is in there, generating its stories and finding paths around the difficulties.

As in all practices, there are certain projects that guide the thinking to new areas. The masterplan for Melbourne’s Docklands is one of those stories that can make good architects weep with bitter memories. The project was about big ideas, powerful partners and money. Docklands Authority (now Places Victoria), which needed to understand what to do with the land, commissioned ARM to produce a masterplan for a space that few in the city had seen; it was 190 hectares of former docks and railways on the western edge of the CBD, but no-one knew about it and no-one could imagine it. ARM’s ultimate success in this complex and convoluted story was that it developed the now-recognized pattern of Melbourne, with the brewery to the north of the city leading to the Shrine at the south, while Parliament is on the eastern axis. In this sport-obsessed city, it was obvious that Parliament had to be paired with a stadium to the west. In Docklands. It was then that Melburnians got it. A stadium made the vacant space a real place. Memory was created.

Although they were criticized for taking it on (“A shopping centre?!”), the remaking of Melbourne Central (stage one 2005, stage two 2012) was an important project for the practice and for Melbourne in that it opened up a shopping centre that had been disastrous in both urban and architectural terms. The area it occupied had been a maze of nineteenth-century laneways filled with small printing works and academic bookshops. In the absence of good urban thinking, these laneways had been obliterated by a very poor building that, thankfully, failed commercially. This failure was to the city’s advantage and the job was a game-changer for ARM. Developer Lend Lease commissioned the practice to rethink both the building’s response to the city and its retail program. The project tied into ARM’s belief that architects must be in and of their city, and therefore involved in commercial projects. ARM’s work opened up the building again and where there had previously been three entry points, there are now seventeen laneways leading out, giving the user a renewed sense of being in a physically intimate and unique part of the city.

I recently revisited ARM’s National Museum of Australia in Canberra, the only building in that sombre city that speaks of the energy of life. In the crowded foyer, two young Somali boys were leaping around and calling out, “This place is so exciting, it’s fantastic.” I silently hoped that they might become architects, ideally in Canberra.

The Perth Arena (2012, joint venture with Cameron Chisholm Nicol) was commissioned as a sports arena that would be used one week a year for the Hopman Cup tennis tournament. But ARM saw it as a handsome live music venue that could be used for tennis one week a year. So they approached it as a public building, replacing the hosed-down concrete walls of sports stadia with a concert hall with high-end finishes and great public spaces. ARM wanted to use plywood, the cost of which could only be justified by coordinating all the other necessary building services. As it had been decided to use displacement airconditioning, the building also needed a continuous fire and acoustically rated plenum under the seating terraces. Taken together, the timber finish that wraps the underside of the arena bowl is just a small extra that helped achieve this high-end public building. And it works as they envisaged it, with music as the main story and tennis great Harry Hopman being commemorated in a beautiful venue for one week each year.

What distinguishes ARM’s work intellectually is its depth and content, but what is truly extraordinary is that, in the really tough environment in which architects work on the big projects, it actually gets built with its driving ideas intact. They are never lost. Architecture critic Martin Filler wrote: “Architecture is not a profession for the faint-hearted, the weak-willed or the short-lived.”2 Somewhere in those words sits the notion of resilience. To have the resilience that allows for flexibility, so you don’t lose the essence of the thinking.

ARM Architecture: Resilience is the name of the game 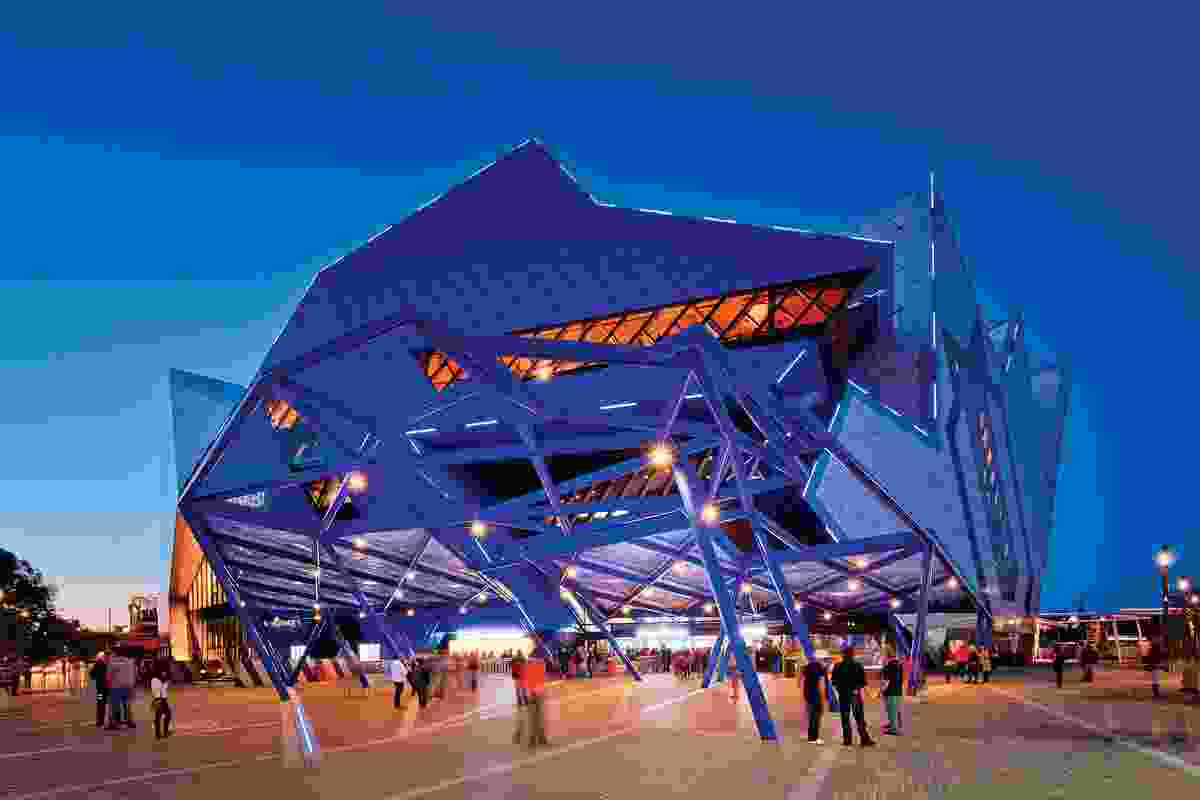 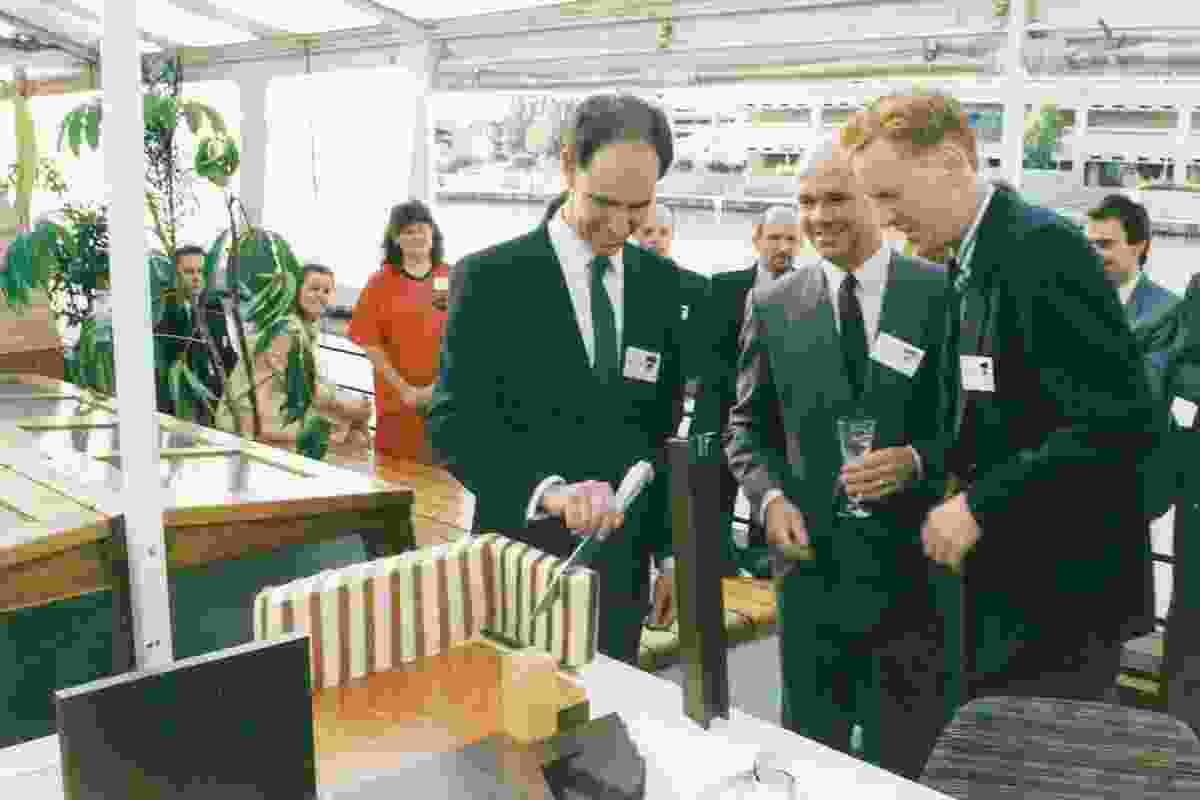 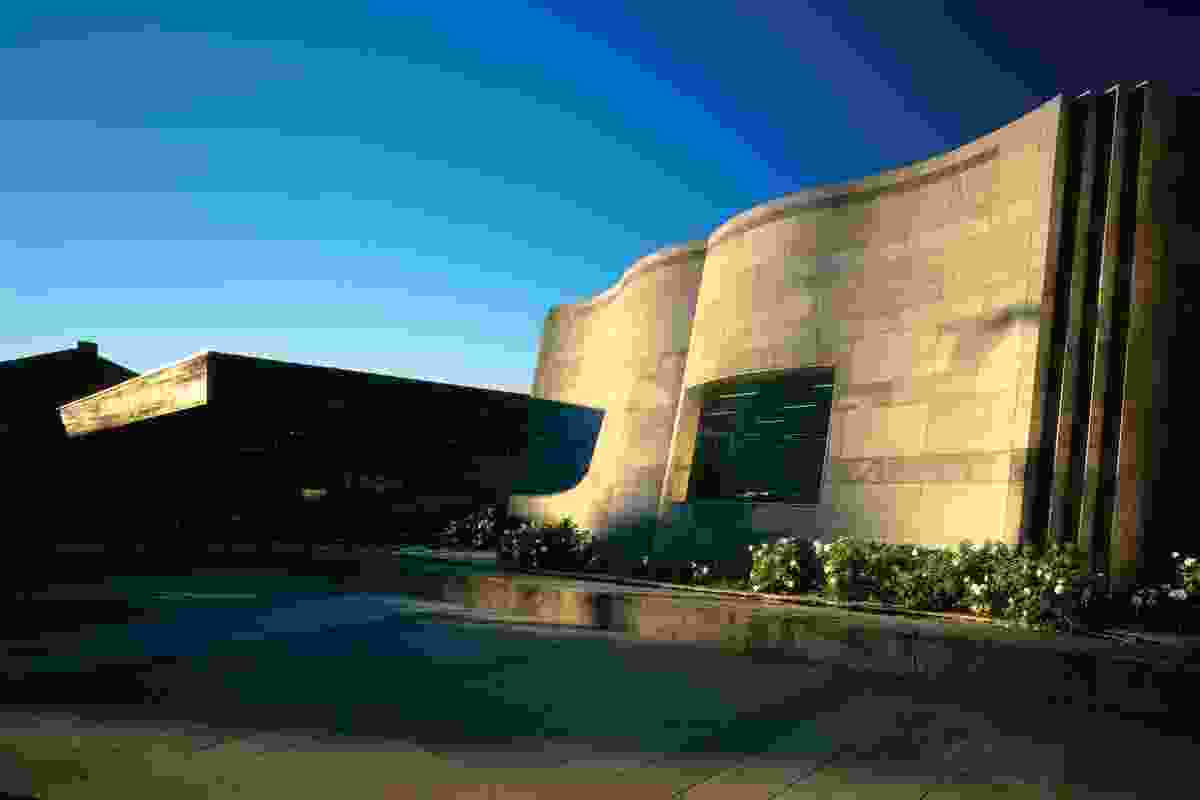 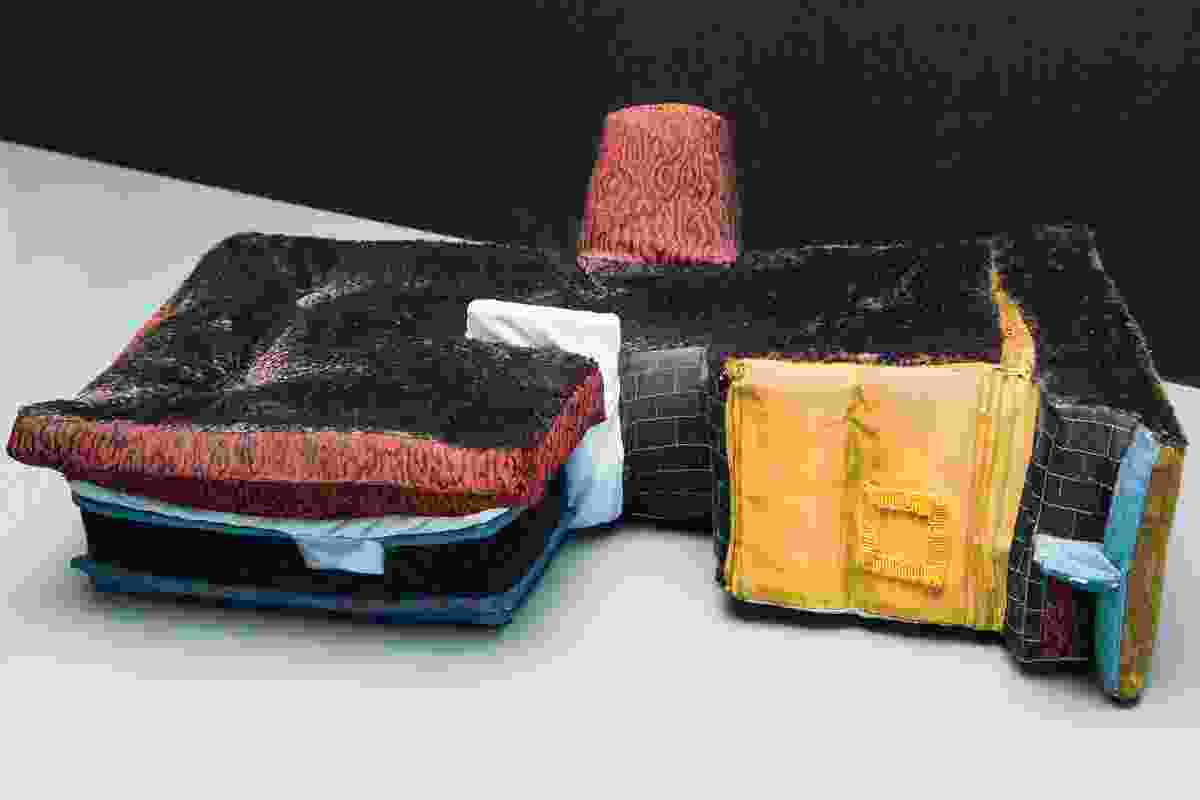 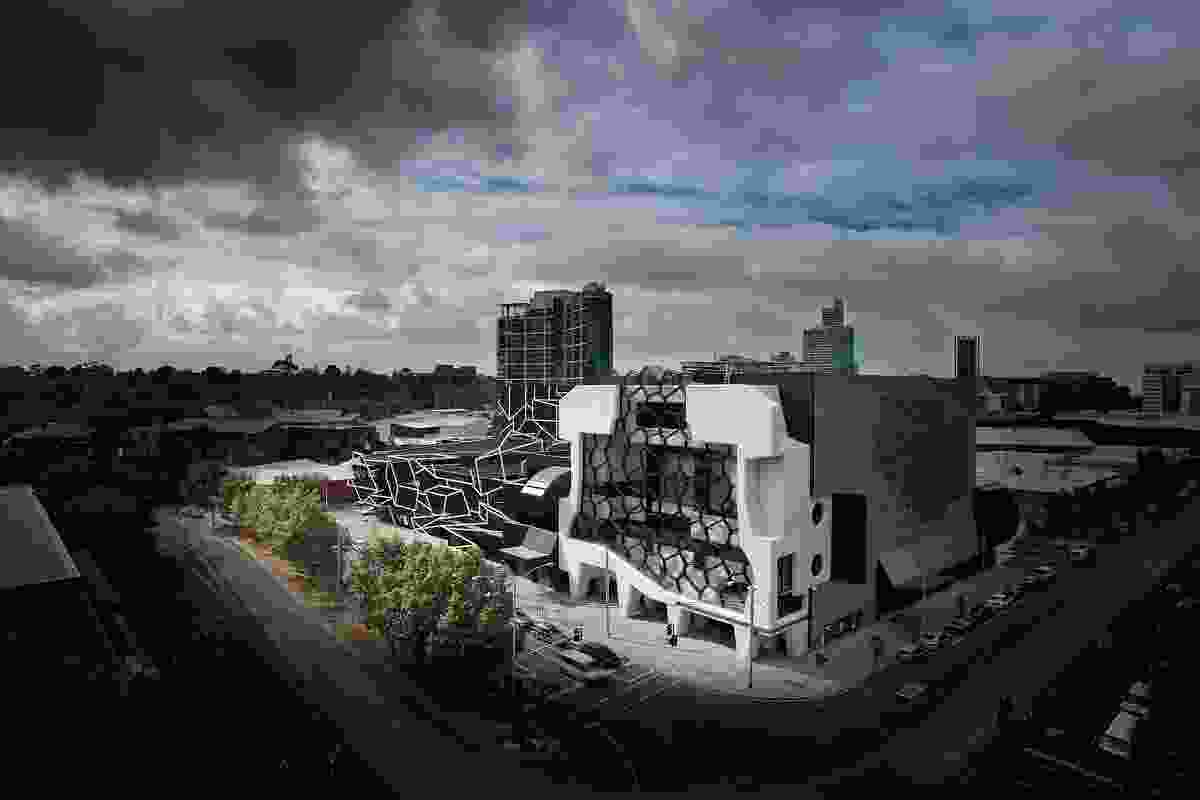 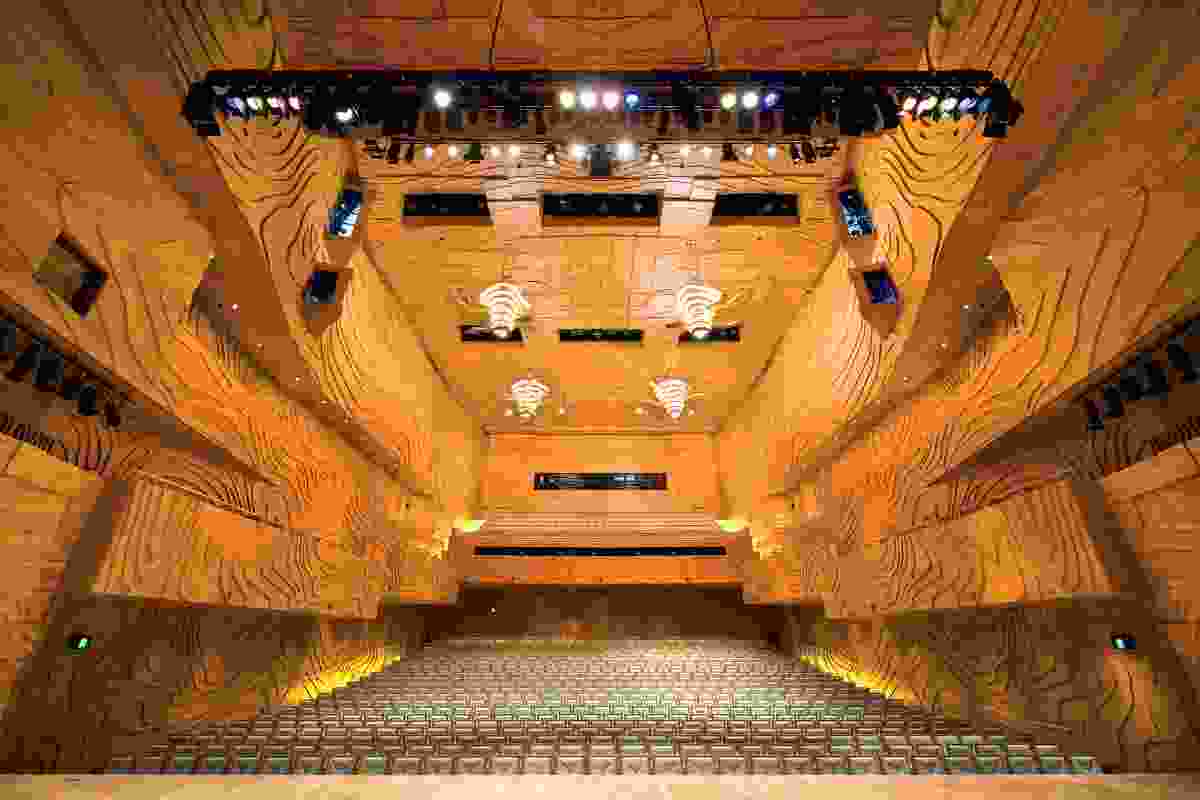 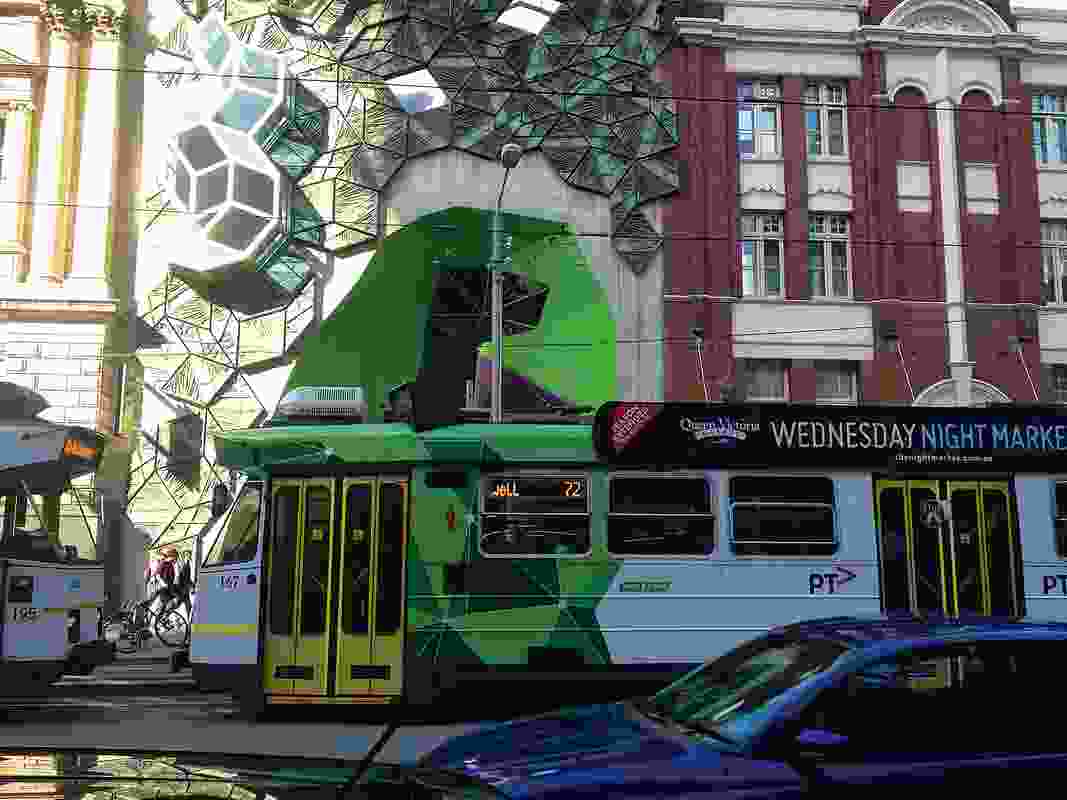 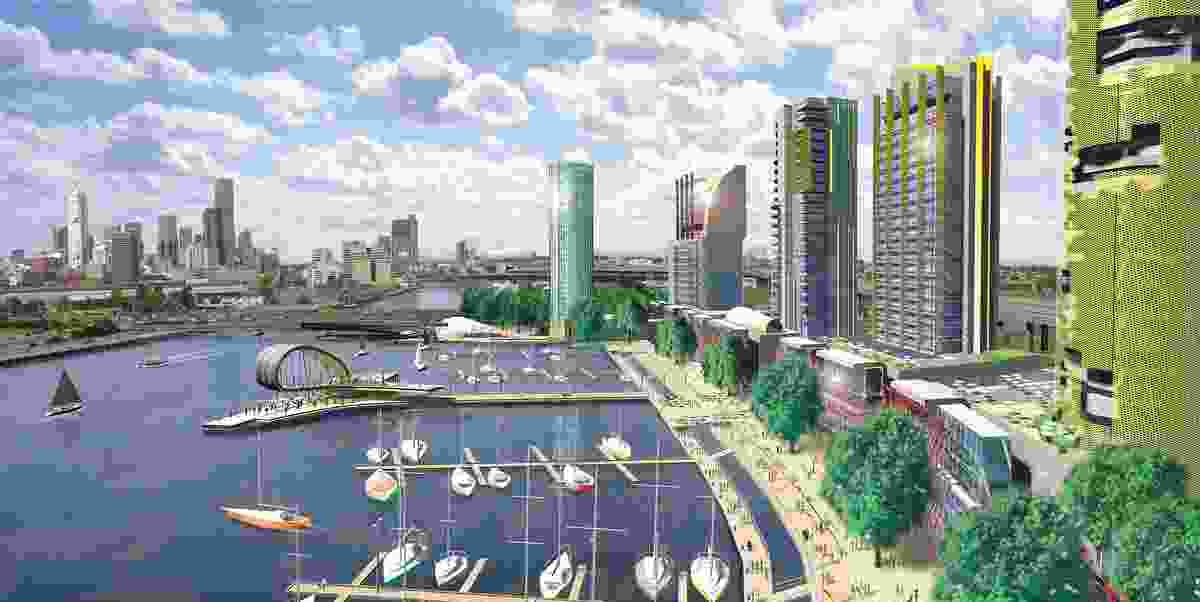 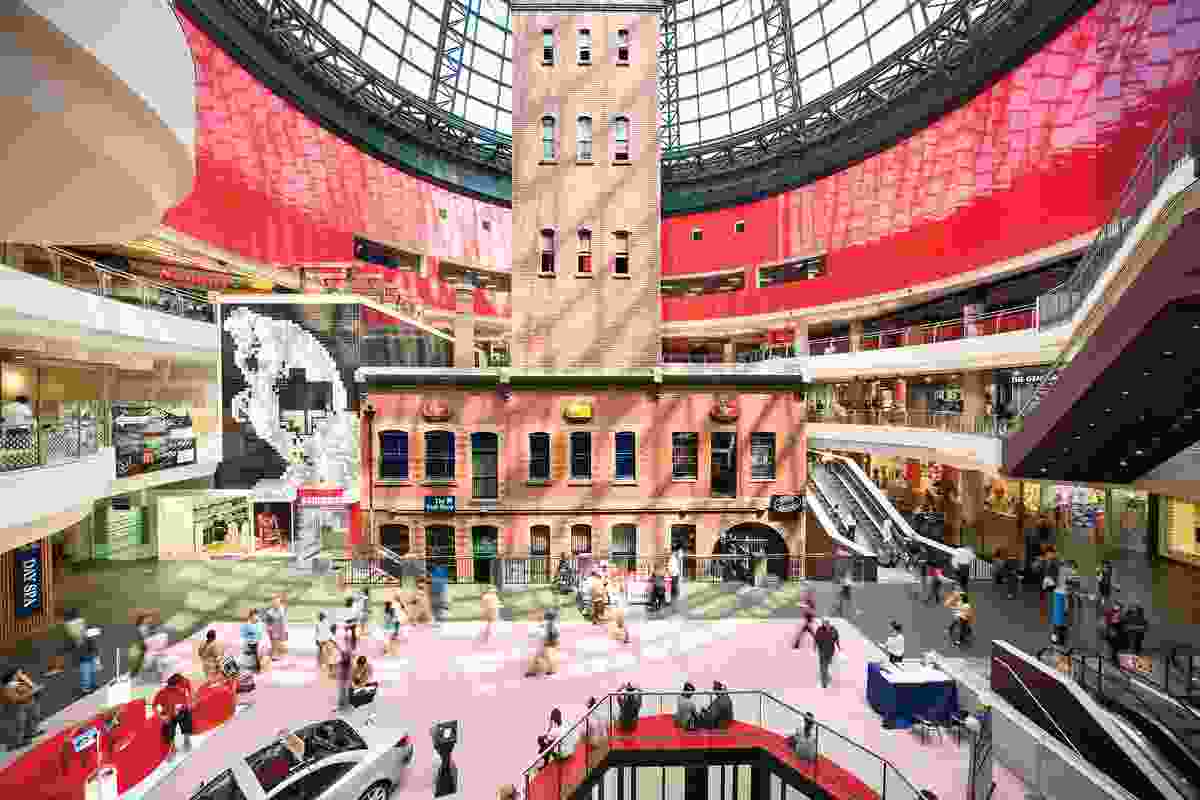 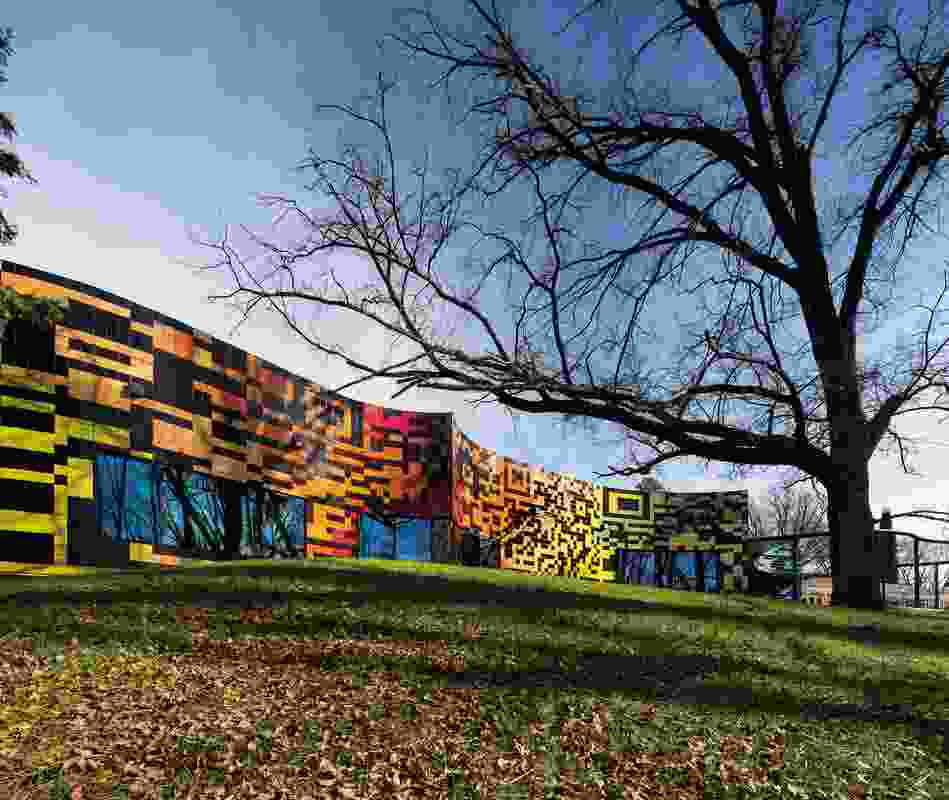 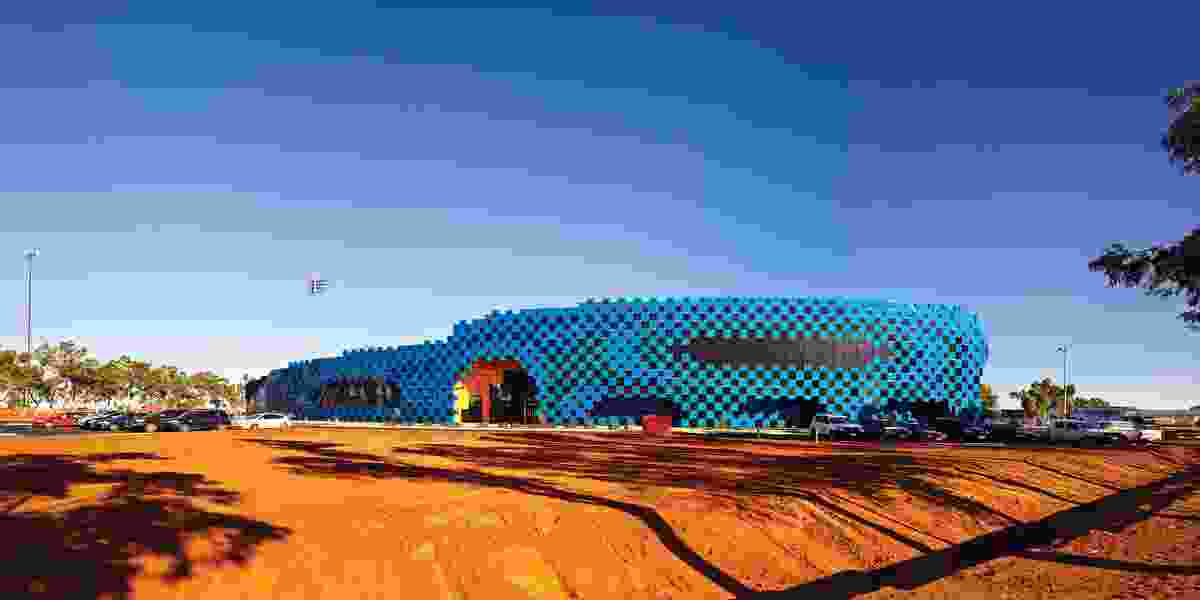